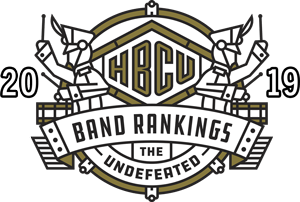 It’s time for this season’s second ranking of the ESPN/The Undefeated HBCU bands, and we have new top schools in both Divisions I and II.

N.C. A&T, which was No. 2 in the preseason ranking, moved to No. 1 on the strength of top ratings for drill and design and auxiliaries (Golden Delights) and the No. 2 spot in musicality. Miles was top-ranked because it held a top-five position in musicality, drill/design and percussion.

The rankings, conducted by two six-person panels of current and retired band directors and HBCU choreographers, evaluate bands on musicality, drill and design, percussion, auxiliary corps and drum majors. Judges critique the bands’ routines, then provide that feedback to the programs.

Vote on your favorite HBCU band

Jackson State and Winston-Salem State were the top-ranked bands in the initial rankings, compiled based on last season’s final rankings and performances by HBCU bands through Sept. 1.

Michael Magruder, director of bands at Winston-Salem State, which opened the season at No. 1, said he takes the judges’ comments to heart:

“Yes, feedback is important. All directors are intimately aware of the limitations, concerns and problems that abide within their individual programs,” said Magruder. “However, having someone else give you encouragement, point out deficiencies or tell you how to solve a problem is important.”