How Hampton University opened my eyes to the HBCU lifestyle

A Rhoden Fellow from the 2022 class shares her experiences of attending an HBCU: ‘I wouldn’t trade any moment I’ve had’

HAMPTON, Va. — When I think of Hampton University, I can see the clear blue skies from the waterfront, smell the greasy chicken on a Wednesday night, hear the piercing screams of the White Hall fire alarm, taste my third sandwich of the day, and feel the velvet chairs in the assistant dean’s office.

My time at Hampton has definitely been a critical part of my young adult life. I’ve grown, laughed, cried and lost my mind on this campus, but I wouldn’t trade any moment I’ve had.

As someone who grew up in the Bronx, New York, and went to school mostly with Latinos, Hampton was an enriching cultural experience for me. The only times I encountered Black culture was at home or church, and being at a historically Black college and university (HBCU) allowed me to be fully immersed in my community.

Hampton was my primary college choice because of its excellent journalism program, culture and traditions. I didn’t want to be viewed as a minority for once in my life, and I wanted to be around other like-minded people. I also wanted to have the full Black experience, from the band battles at football games to the fashion shows to singing in the café on Fried Chicken Wednesdays. 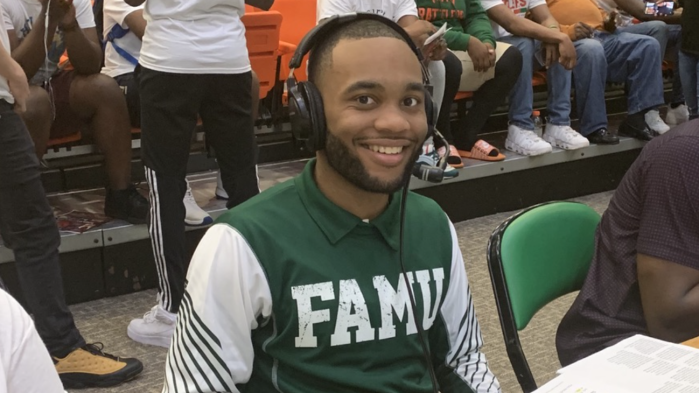 The friendships I made are easily my favorite part about attending an HBCU. Coming to college, I had to instantly learn how to step away from my comfort zone and apply myself. I’ve always been shy and quiet, but that quickly went out the window once I set foot on campus. One of my most memorable moments will always be the second night of freshman week and being received by two amazing Black girls who I now view as best friends. Having these Black friendships was essential to my growth as a person because we all understand what it’s like to be a Black woman, and we constantly push each other to be the best versions of ourselves.

Being a journalism major here at Hampton was another way for me to break out of my shell. Black professors who challenged me, class presentations, and learning the power of networking allowed me to blossom into the journalism scholar I am today. One of my least favorite but much-needed memories was standing in front of 100 students in Scripps Auditorium and presenting a group project during my first semester. It also didn’t help that the teacher critiqued us on the spot. It toughened me up and prepared me for what I would endure over the next four years.

Having Black professors was essential because they made me feel like anything was possible and I could achieve all of my goals, while being stern and instilling in me the confidence needed to succeed. The journalism program at Hampton prepped me for the real world as a Black woman and led to me landing my dream internship at Andscape. During the Rhoden Fellowship, I’ve been able to attend the NBA draft and the women’s Final Four, and I’ve also co-produced the Andscape on the Yard Snapchat show. It’s been a year I’ll never forget.

What really has made my time at Hampton worthwhile are the different events I had a chance to witness. Homecoming week was always my favorite. It’s such a joyous time that brings Black people of all generations together. I enjoyed tailgating and football games the most because of the energy, packed crowds and band performances. I was able to partake as a regular student and as a member of the Hampton University Marching Force media team, for which I was appointed one of the leaders.

Band culture is all about discipline, dedication and teamwork. Despite not playing an instrument, I was still expected to wake up at 5 a.m., learn the field shows, and attend each practice and event. I will forever be grateful for my experience with the band. It taught me so much about the HBCU lifestyle and allowed me to travel to Chicago, Atlanta and Wilmington, Delaware, for the first time. Then there was the Battle of the States, when students from all regions organize dances to represent the area they’re from. It would always come down to the Northern and Southern states competing to see who had the more entertaining dance culture. Being from New York, I was always biased, and believed the North would have the better performance.

As I embark on the next phase of my life, I will never forget the pivotal years I spent at an HBCU. It’s ingrained in my memory. From the homecomings, Scripps classes, Holland Hall parties and late nights on campus, I will truly miss everything about Hampton University.