Robin Thede on Season Three of her hit HBO comedy, and why she makes space for all types of Black women

Going into the third season of A Black Lady Sketch Show, which premiered April 8 on HBO, Robin Thede had one goal: to make space for a multitude of Black stories and people.

“Black is everything,” she said.

Because of the coronavirus pandemic, Thede and her team weren’t able to shoot some of the sketches that included LGBTQ+ characters during Season Two, so she made sure they rectified it this time around.

“I was pissed because I felt like we did a really good job in Season One,” she said of the show that has featured actors such as Laverne Cox, Wanda Sykes and Raven-Symoné. “So in Season Three, I do think I am making amends for that. It was intentional, and I was making sure that the writers were showing a variety of characters — older characters, gay characters, trans characters that are not playing trans characters — so that we sort of normalize all this.” 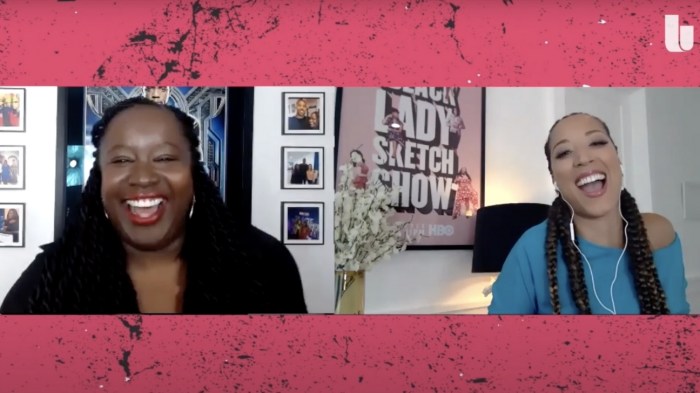 ‘Another Act’: Robin Thede on her sketch show being nominated for an EmmyRead now

It’s not just lip service, either. To help her accomplish her goal, Thede filled the writers room with Black women from different backgrounds. “We’ve had so many amazing Black woman writers every season on the show, and it’s great because you really get different takes and every Black woman finds something different funny, but we can all relate to it in some way,” she said. “I love having new writers because I love seeing them create stories and characters I never would have thought of.”

As she heads into the second episode of the new season, Thede is adeptly navigating through an industry that hasn’t always been welcoming to Black women comics. Thede, who became a viral sensation with her 2011 sketch, S— Black Guys Say, was the first Black female head writer on a late-night talk show with The Nightly Show With Larry Wilmore. She had writing stints on Real Husbands of Hollywood and The Queen Latifah Show, and she was one of the few Black women to host their own late-night talk show with The Rundown with Robin Thede on BET.

Thede would eventually collaborate with a fellow comedy writer, Insecure creator Issa Rae. In an interview with Entertainment Weekly, Thede shared how Rae reached out to her. “When The Rundown got canceled, Issa called me and was like, ‘OK, what are we doing?’ And I said, ‘Well, I have this sketch show and I really wanna do that.’ And she was like, ‘Bring it. Do it with me, let’s bring it to HBO.’ And so, she immediately signed on as an executive producer with me and HBO bought it in the room and sent us straight to series.”

Each season, the show serves up a bevy of guest stars, and Season Three is no different. Ava DuVernay, David Alan Grier, Kyla Pratt, Jemele Hill and Holly Robinson Peete are among the 40-plus famous faces that will appear on A Black Lady Sketch Show, but Thede credits the comedy’s writers for making it possible.

“The sketches are written with three-dimensional, fully realized characters. And the reason why we attract so many actors is because of the writing,” she said.

Much like Rae, Thede has created opportunities for Black creatives by taking charge of her own burgeoning media empire. In 2020, Thede signed an exclusive deal with Warner Bros. Television Group that allows her to develop new content across the company’s platforms. While details about the financial terms weren’t disclosed, Thede said she is “bullish” when it comes to Black women being fairly compensated for their talent and labor.

“I don’t tell everybody what I make, but I will ask somebody, ‘Tell me how much they’re offering you, I will tell you if that’s right,’ ” she said. “I’m asking my agent and my lawyers and because I’m a showrunner and a producer, they trust me with that information, and they don’t give that to Black women by and large. But I know I have the privilege from the stature I have in the business to be able to get those numbers if I don’t know them, and I will stop at nothing to do that for people because I just think it’s so critical for them to know.” 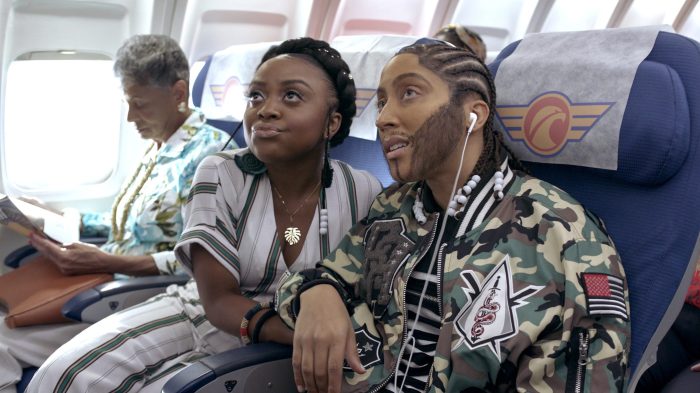 With A Black Lady Sketch Show, Thede has not only created a showcase for Black women to be free, quirky and funny, but she also built a community that celebrates women of all hues, body types and sexualities. Season Three includes sketches with women in same-sex relationships, guest cameos by Michaela Jaé Rodriguez and Bob the Drag Queen, and comedic bits where queer characters are in on the joke, but never the punch line.

Thede has made queer representation a mandate in A Black Lady Sketch Show’s writers room, as she understands the power of images on screen.

“It’s about normalizing all facets of who we are so that they all have a safe space on this show, because we as Black women, in whatever form we arrive, are not always safe where we are,” she said. “So I want us to feel safe, not only the people who are actually on the show, but the people who are watching. I want them to know for those 30 minutes, they’re safe and they’re protected, and this is for them.”

Rebecca Theodore-Vachon is a film and TV critic who focuses on race, gender and representation in Hollywood. She was the entertainment columnist at TheUrbanDaily.com and has contributed to NYTimes.com, RogerEbert.com, Entertainment Weekly, Fast Company and Vulture.com. In 2017 she was a featured speaker for Google Talks at the Miami Film Festival and currently hosts Oscar Q&A panels for the Academy of Motion Pictures And Sciences. She is also the creator of “The Spectrum Lounge” - a podcast that highlights creatives of color in Hollywood and pop culture.