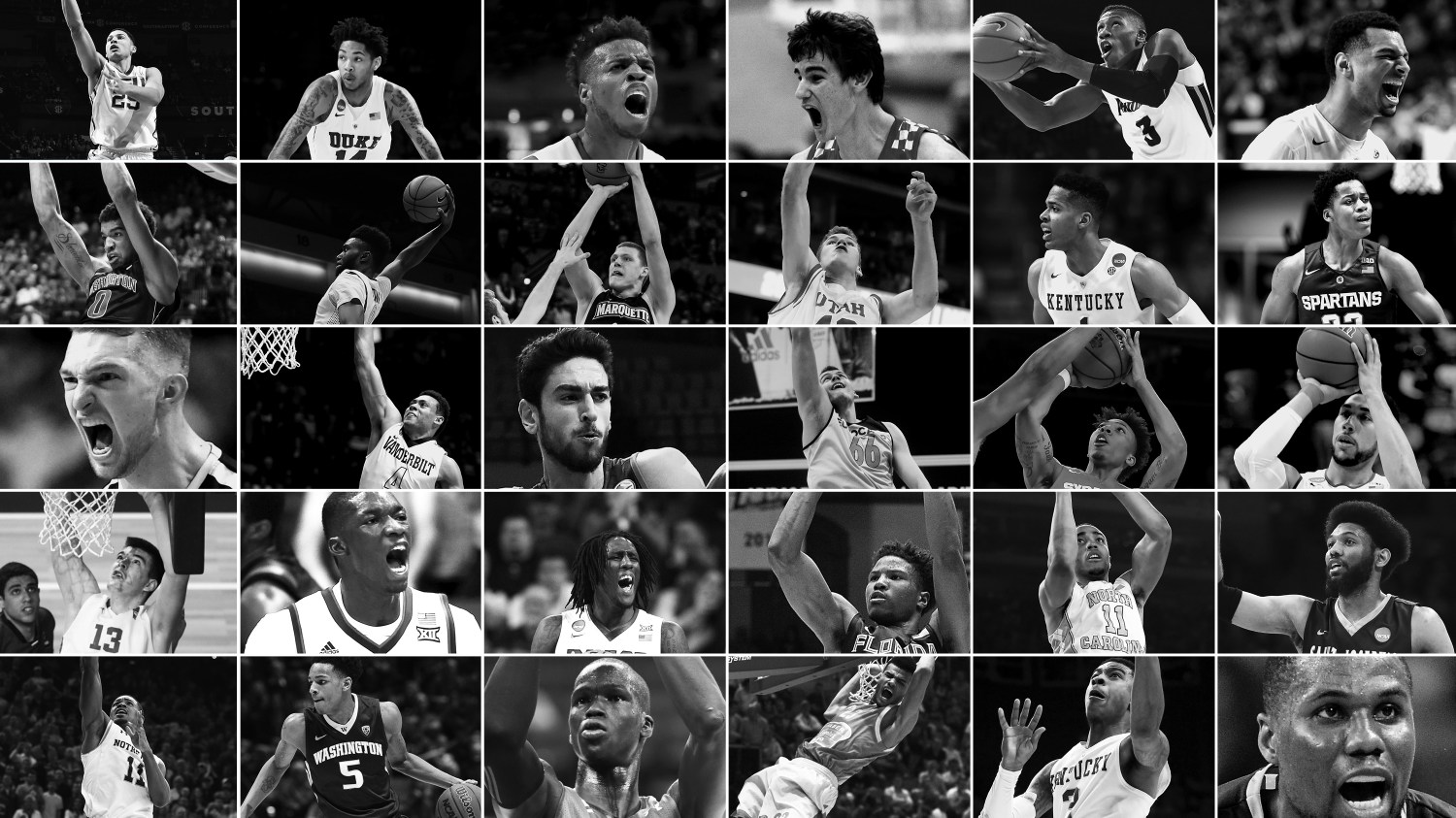 Two days before Thursday night’s 2016 NBA draft, the Philadelphia 76ers informed heralded Louisiana State freshman Ben Simmons that they would be selecting him with the No. 1 overall pick. Not long afterward, Simmons shared his thoughts about the news on his Instagram account by posting a picture of himself in a Sixers practice jersey along with the caption, “Trust the process.”

In a world of self-promotion, the majority of personal branding by this year’s draft prospects, most of whom are younger than 20 years old, takes place on social media. As they enter the NBA, they’ll have to be conscious of what they post on Twitter, Instagram and, as Los Angeles Laker D’Angelo Russell can attest, Snapchat. Every one of your 140 characters matters when you’re an NBA baller, and that especially rings true after you hear your name called by NBA commissioner Adam Silver in the draft.

Heading into Thursday night, The Undefeated’s Aaron Dodson predicted how this year’s draft will shape up, breaking down each pick of the first round — all in 140 characters or less.

Surprise, surprise. Philly’s first No. 1 overall pick since Allen Iverson is the 6-foot-10 do-it-all forward. Can he be the Australian Answer?

Unfair to compare B.I. to Kevin Durant? Hard not to given their similar wiry frames. If he puts on weight, B.I. will ball out in Hollywood.

Buddy Buckets to Boston. He can FLAT-OUT score, especially from 3. Maybe this year’s most NBA-ready prospect. Watch out in the East, Cavs.

Kristaps Porzingis silenced haters of European players last year. The 7-foot-1 Bender can do so too. Future is bright for this 18-year-old.

Dunn is a long, elite PG — the draft’s best. Picture this: him, Zach LaVine, Andrew Wiggins and Karl Towns. Youth in revolt in the West.

Murray is an assassin from deep. In one pre-draft workout, he hit 79 of 100 3-point attempts. Exactly the kind of help Anthony Davis needs.

High risk, high reward is the perfect summation of Chriss. At 18 years old and 6-foot-10, the upside is there. Can he develop in the NBA?

The eye test says Brown is a top-five pick. His athleticism is baffling but what happens when he’s matched up with NBA talent? We shall see.

Big men are at a premium. Especially ones as skilled as the double-double threat Ellenson. Post up in the 6ix. Has a ring to it (cc: Drake).

Got the big men going back to back. Ellenson is 7-foot. Poeltl is 7-foot-1 with unmatched efficiency around the rim. No slouch D, either.

Skal was a top-two player out of high school. His stock fell in a year at UK but there’s potential. Shaq, Dwight, now Skal for the Magic.

The Al Horford era in Atlanta might soon be over. Enter Davis, who’s very raw. But where the big man excels? Rebounding and shot-blocking.

Sabonis’ father was drafted in the NBA exactly 30 years ago. Now, he’ll utilize that pro bloodline and high IQ as a skilled power forward.

Derrick Rose is a Knick — moment of silence for his time in Chicago. Tough shoes to fill at PG but next in line is an overall solid Baldwin.

He won the Turkish League dunk contest in a Darth Vader costume? Get him in the NBA! We may see him in the dunk and 3-point contest one day.

Boston has three first-round picks, so why not take a chance on this big, aggressive Croatian? Spoiler: Don’t expect him to play right away.

Pomp and circumstance. A monster freshman year has Richardson out of school and in the draft. A nice athletic piece for the veteran Grizz.

Valentine makes you love the game. He’s an NBA triple-double machine waiting to happen. Hopefully his knee problems don’t hold him back.

Another one *DJ Khaled voice*. A lot of European potential in this draft, and the 7-foot-1 Zubac could be valuable for Denver down the road.

Small sample size for Diallo, who barely played as a freshman. Still a first-rounder whose athleticism will eventually lead to NBA minutes.

Prince is that guy every roster needs. Physical. Great defender. Solid 3-point shooter. He also sure can explain the concept of rebounding.

Some consider him undersized. Some worry about a leg injury. Bottom line is he can shoot and is athletic. Could be a late first-round steal.

Drafting on potential is overrated. With Johnson, you get all you could ask for. All-American experience from a four-year college player.

How many players still rock the Afro? Bembry does. Oh, he can ball, too. Philly needs the roster depth a two-way player like him could add.

Jackson’s current game makes him a future NBA starting point guard. You heard it here. And the chance to learn behind Chris Paul? Oh, baby.

Murray: the polarizing prospect. He’s a lottery pick in some mocks, a second-rounder in others. He has the ability but needs development.

A skilled, 7-foot Sudanese-Australian — the NBA is ready. But can the 19-year-old pan out? Let’s hope Toronto can assure he’s here to stay.

Usually European prospects are young. This guy is 21, and is a polished defensive wing. He could go higher but is a certain late-round gem.

How often do guys play two years at UK? Well, Ulis did and was a top college PG last year. Tony Parker is 34. Ulis = his future replacement.

Golden State lacked frontcourt depth down the stretch of the NBA Finals. So why not add a versatile guy like Bentil? And boy can he score.