Hill, who took over the position this month, now must hire a coach

SPRINGFIELD, Mass. — During the Basketball Hall of Fame’s class of 2021 on Sept. 11, time was made for a symbolic passing of the torch moment between Jerry Colangelo and new USA Basketball managing director Grant Hill.

After Colangelo took over a then-struggling USA Basketball as managing director in 2005, he rejuvenated it by convincing such NBA stars as Kobe Bryant, LeBron James, Kevin Durant and many other elite American athletes to play. Under Colangelo, the U.S. won Olympic gold medals in 2008, 2012, 2016 and 2020. Hill was named Colangelo’s successor on Jan. 1 and officially took over Team USA after the 2020 Tokyo Games in July and August.

“I thought it’d be a unique opportunity, a real challenge,” Hill told The Undefeated. “Because of the success of, obviously, the original Dream Team, and the NBA, and maybe some of the sneaker partners, you can say it’s a confluence of a number of things, but the game has grown and it’s a global game. Obviously, over 25% of players in the NBA right now are foreign players. And then, also understanding that the international game is a different game than the NBA game. 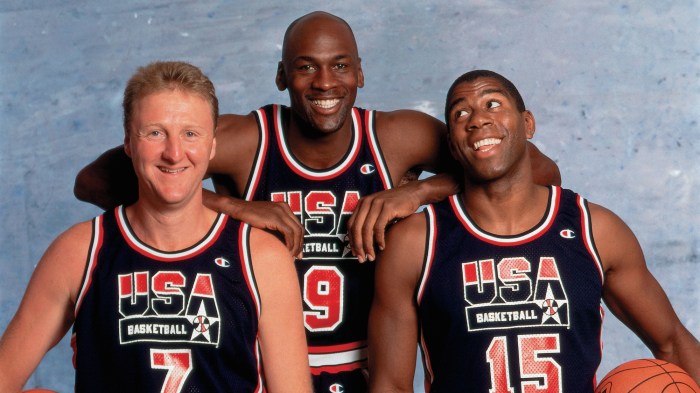 What if it wasn’t all a Dream (Team)? Five 1992 Olympic what-if scenarios — 25 years laterRead now

“I just thought it was a great challenge, a great opportunity, a great responsibility. I sought out this opportunity.”

Hill won a gold medal with Team USA during the 1996 Atlanta Games. The Hall of Famer also played for five USA Basketball teams dating to his teenage years, winning two gold medals and one bronze while compiling a 26-1 record. While starring at Duke University, Hill was part of the 1992 USA Developmental Team that trained against the 1992 U.S. Olympic team, otherwise known as the “Dream Team.” The 19-year NBA veteran was a seven-time All-Star and five-time All-NBA selection before retiring due to major ankle injuries. Hill also played at Duke for Mike Krzyzewski, who coached USA Basketball to gold medals in 2008, 2012 and 2016.

Hill believes his USA Basketball experience, combined with playing in the NBA at a high level, helps him understand what is needed to succeed as managing director and understand the players.

“Just the experience, the feeling of winning a gold medal, the feeling of competing on that stage …,” Hill said. “One of the great memories of my career, the relationships, the platform, the environment, the Olympics, everything about it, all that it encompasses, is something that 25 years ago it’s hard to believe, or almost 25 years ago. It still feels like yesterday. I still recall and remember and have fond memories.

“You’ve been there, you can relate. You can share and talk about that with the guys. I actually think the collection of all my experiences helped. Playing in the Olympics, having played in the NBA, working in TV, ownership, everything. It gives you a unique perspective that as we move forward and continue to try to be the best we can be, all that totality of it all is helpful. We’ll see.”

Hill’s first challenge will be hiring a new head coach for USA Basketball.

Gregg Popovich completed his fifth and final year as head coach of USA Basketball by coaching the team to a gold medal in Japan. The San Antonio Spurs head coach, however, also had some struggles along the way as USA Basketball lost a Tokyo Games opener to France, finished seventh in the 2019 FIBA Basketball World Cup and compiled an overall 45-13 record for a program with high expectations despite the improving world of basketball. 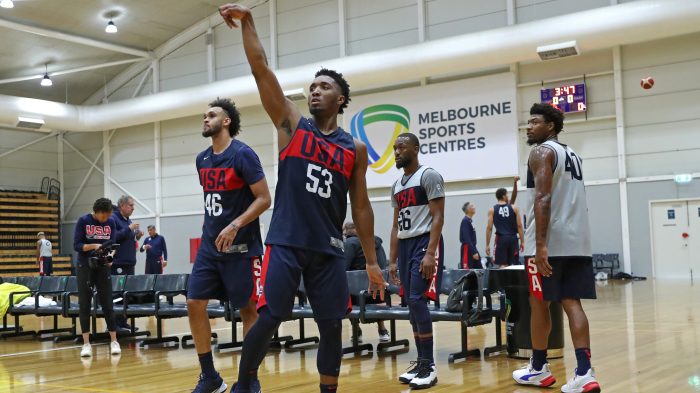 Why Team USA has a chip on its shoulderRead now

When asked what type of coach he’d like to hire for USA Basketball, Hill said: “Someone who understands and has a healthy respect for the international game. The dynamics are a bit different in that environment than they are in the NBA regular season. You’re going to be dealing with some tough love of players, and being able to mentor them. That’ll check the boxes, if you will.

Talented teams representing such countries as France, Australia and Slovenia can be a threat to USA Basketball’s reign in the future. USA Basketball raised concerns when it lost exhibition games against Australia and Nigeria before the Olympics and to France in Olympic preliminary action before ultimately winning the gold. The next major competition for USA Basketball is the 2023 FIBA Basketball World Cup, to be hosted in Japan, the Philippines and Indonesia, followed by the 2024 Paris Games.

Hill said that USA Basketball will probably host a minicamp with its national team next summer. Despite the daunting pressures and challenges that come with USA Basketball keeping its power status, the new managing director says he is embracing the tough golden opportunity.

“We’re all alone in terms of what those expectations are,” Hill said. “You don’t run from that. That’s something you welcome, you embrace, and you recognize that you’re supposed to win. There’s a tremendous amount that goes into the process, and the other teams have been together for years, they have continuity, it’s a different game, there’s a little bit more physicality …

“There was some heat and some criticism along the way [this year], but the whole goal was to win gold. Ultimate goal is to win, and I think this year in particular with some losses in the exhibition series had a lot of people and they’re like, ‘OK, what’s going on here?’ But, as an athlete of anything, you know this. You embrace pressure. Pressure means that it’s important, it’s something meaningful that’s there. I don’t look at it that way, I look at it like it’s a great opportunity and I’m willing to deal with whatever comes along the way as it relates to that.”