Giannis Antetokounmpo wants to represent best of both worlds

As an All-Star captain this year, the Milwaukee Bucks forward displayed his pride in his African heritage during the All-Star draft.

And with his second pick, he took his “second African brother,” Pascal Siakam.

The draft selections were surprising to some, including TNT’s Inside the NBA crew, but not to those who know Antetokounmpo.

“He’s having a good time and enjoying the moment,” Bucks co-owner Marc Lasry said, “and he should.” 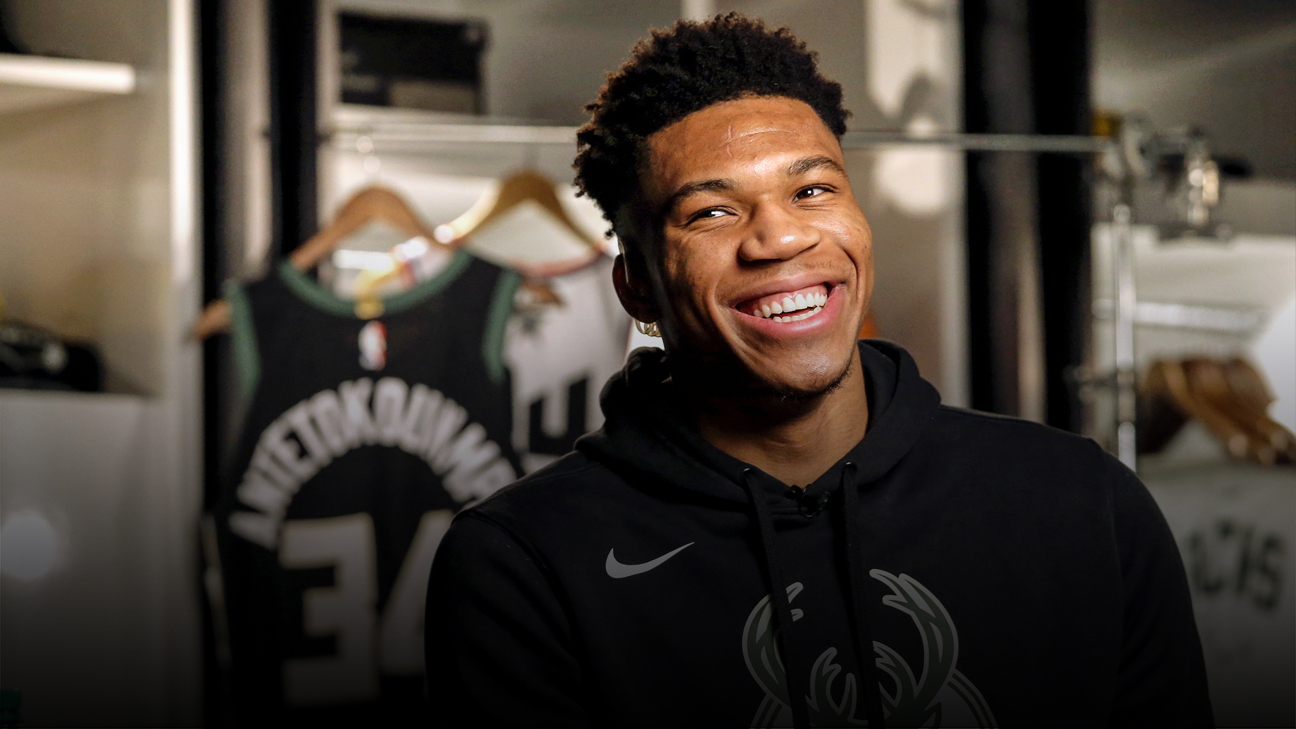 Antetokounmpo was born in Greece after his parents moved from Lagos, Nigeria, in 1991, but the four-time All-Star said he grew up in “a Nigerian home,” hearing his mother’s native language Igbo and enjoying Nigerian food, culture and music.

Last year, Antetokounmpo opened up to The Undefeated about wanting to learn more about his Nigerian roots. Since then, he said, a lot more Nigerians have embraced him.

“I was really, really happy about that,” Antetokounmpo said recently. “They call me ‘The Greek Freak’ and a lot of people support me and all that [in Greece]. A lot of people don’t know that I love my Nigerian side. The minute I go back home and walk in — my mom is Nigerian, I don’t have Greek in my house, so a lot of Nigerian people reaching out to me — was amazing. It made me feel welcome, so that was nice.”

While Antetokounmpo feels pressure from his fans to choose between Nigeria and Greece, he prefers to represent both.

“My parents are Nigerian. When I go back home, it’s Nigerian. Nigeria is in my blood. But I was raised [in Greece] and I was born in Greece. I’m both. … Just to be arguing about it, that’s silly and that’s dumb. In my opinion, it has to be accepted that a guy can be both. He can feel both.”

Lasry, who was born in Morocco, can relate to Antetokounmpo. His family moved to the United States when he was 7. His mother believed their family would have a better life here.

“Giannis just views himself as a person,” Lasry said. “He loves the fact that his parents came from Nigeria to Greece. He loves his heritage. He doesn’t view himself as one person. I was born in Morocco. It was great that I was born there. I don’t look at myself as Moroccan-American. I look at myself as I am who I am. I think Giannis looks at himself the exact same way.

“We’ve talked about the fact that we both weren’t born here. … It’s hard coming to a country and you’re trying to assimilate. At the same time, how lucky we are to be in the United States, because it’s the best country in the world.”

Antetokounmpo is now arguably the best player in the world. The 6-foot-11-inch forward visited his hometown of Athens last summer and starred on Greece’s World Cup team. He also plans to finally visit Nigeria this offseason.

“We got things we got to do as a family with [my brothers] and my mom,” said Antetokounmpo, who announced the birth of his son, Liam Charles Antetokounmpo, on Monday. (Charles is the name of Antetokounmpo’s late father.) “We going to go out there, go through our village and kind of [tape] a small documentary of us going there and seeing where my dad grew up, where my mom grew up. We have a lot of family back home. …