While expectation may be that the Basketball Africa League will be light in talent in its inaugural season, former NBA guard Ben Uzoh believes a surprise is on the way.

The Basketball Africa League (BAL) plans to debut on May 16 in Kigali, Rwanda. Led by BAL president Amadou Fall, the league, which includes 12 teams from across Africa, will play 26 games, all at Kigali Arena. The BAL was initially expected to debut on March 13, 2020, beginning in Dakar, Senegal, but was postponed due to the coronavirus pandemic. The BAL, which is a partnership between the NBA and the International Basketball Federation, includes club teams from African countries such as Algeria, Angola, Cameroon, Egypt, Madagascar, Mali, Morocco, Mozambique, Nigeria, Rwanda, Senegal and Tunisia. It is the NBA’s first collaboration to operate a league outside of North America.

One big question as the league debuts is if there are any former NBA players set to play. Uzoh of Nigeria’s Rivers Hoopers is expected to have the most NBA experience of all the anticipated players. The former University of Tulsa star played in 60 NBA games with the New Jersey Nets, Cleveland Cavaliers and Toronto Raptors while also playing professionally in the G League and in Russia, Belgium, Mexico, France and Nigeria.

Uzoh is “very excited” to play in the BAL, and hopes to be involved on and off the court long term.

“When it was announced a couple of years ago, I felt like it was going to be an opportunity to grow the game in Africa. I was like, ‘Well, it’s a no-brainer for me,’ ” Uzoh told The Undefeated. “Obviously, I wanted to be a part of it, whether it’s a player or coach and executive at some point in the future, and here we are today. 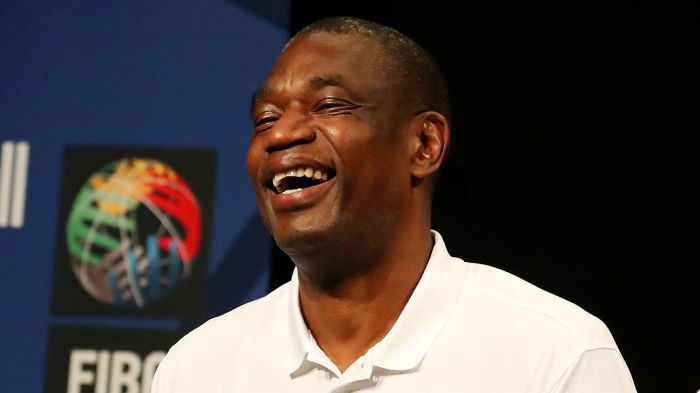 Basketball Africa League: ‘A dream come true for all of us’Read now

“There’s the opportunity to be a pioneer to the African youth on a stage with our play. There will be players in college and Europe that will want to come here and play.”

Benjamin Chukwukelo Uzoh was born in Houston on March 18, 1988. His parents are natives of Nigeria. The 6-foot-3 guard grew up in a Nigerian household. Uzoh has been playing for the Nigerian national team since 2013 and was a member of the 2016 Rio Olympics squad. He also played for Lagos Islanders of the African Basketball League in 2015 and hopes to be a member of Nigeria’s team at the Tokyo Olympics.

Fall said Uzoh signing with the Rivers Hoopers is a “great sign” for what to expect from the league in the future.

“He’s a real winner,” Fall told The Undefeated. “He has shown a lot of commitment to the Nigerian basketball team. I was certain he would be one of the first to sign with one of our teams. He loves playing for his country. I have a lot of respect for him due to his commitment to giving back and he’s a good player. He was one of the first African guards to play in the NBA. His signing confirms our conviction that we will attract elite talent from the African diaspora and around the world while developing and retaining elite talent in Africa.”

“You got guys who have been playing for many years, that are experienced players and have played high level in Division I. I’m looking forward to it. It’s just an opportunity to continue to, to not only compete, but just to give back to the game. Competition is going to be pretty good,” Uzoh said.

BAL players must quarantine for four days and pass COVID-19 tests before entering the league’s bubble. The BAL’s health and safety protocols are from the guidance of public health officials and medical experts from the World Health Organization and the Africa Centres for Disease Control and Prevention. Dr. Leroy Sims, NBA senior vice president of medical affairs, and NBA deputy commissioner Mark Tatum will be in attendance.

BAL competition begins with an 18-game group phase with the 12 teams divided into three groups of four. During the group phase, each team will face the three other teams in its group once. The top eight teams from the group phase will qualify for the playoffs, which will be single elimination in all three rounds. The first BAL Finals will be held on May 30.

Uzoh says that while soccer is king in Africa, he believes basketball is growing in popularity on the continent thanks to several NBA stars with African roots, including Toronto Raptors forward Pascal Siakam, Philadelphia 76ers center Joel Embiid and Milwaukee Bucks forward Giannis Antetokounmpo. Uzoh is also confident that the BAL will inspire more African kids to play basketball.