Golden State is prioritizing youth, and the four-time NBA champion is watching his sports mortality flash before his eyes

Leave it to Dinah Washington to put Draymond Green in perspective.

I was listening recently to the legendary jazz singer’s biting rendition of “You’ve Been A Good Ole Wagon” and immediately thought of the Golden State Warriors’ 32-year-old power forward.

When she got to the punchline — “You’ve been a good ole wagon, but daddy you done broke down” — it was if she was singing to Green. She goes on to sing that not only is her man broken down but she’s replacing him with a younger wagon.

This song was about a romantic putting out to pasture, but it could easily describe the impending breakup between the Golden State Warriors and Green, who has been crucial cog, a reliable weapon and a good old wagon in the Warriors’ four NBA championships.

But as the curtain goes up on a new NBA season, the curtain could be coming down on Green’s 10-year career with the Warriors.

On Oct. 7, a video was leaked showing Green slugging teammate Jordan Poole during practice. The video went viral and, once again, Green was the center of controversy. The condemnation was immediate. This was the last straw. There were calls for Green to be suspended, if not by Golden State, then the NBA. There were also calls for Green to be traded. He had worn out his welcome with the antics — erupting at officials, pushing the boundaries of rules to get under opponents’ skin. This latest stunt — coldcocking a teammate — was a step too far.

Surprisingly, I found myself empathizing with Green.

The punch was terrible, but the frustration that likely led to the punch was understandable. Being replaced, being phased out after having been such a reliable old wagon can push a player to the brink.

When you’ve been around for a long time — in any profession, but especially in sports — there are always young people, new wagons, whose jobs are positioned to eventually replace you. That may be the way of the world, but it doesn’t make it easy to accept, and certainly doesn’t make it fun. Nothing can justify a punch, but watching your sports mortality flash before your eyes can be unsettling.

As a team elder, Green has mentored Wiggins and the confident Poole. He has shown them the Warriors’ way and effectively prepared them to replace him. But the assault on Poole was a betrayal. Coach Steve Kerr told reporters last week that the Warriors culture “has been damaged by this incident. You have to work to repair that.”

Green has been a good old wagon for Golden State. Maybe that’s why the Warriors did not suspend him for slugging Poole. They fined him, allowed him to play in the season opener against the Los Angeles Lakers, allowed him to pick up his fourth NBA championship ring.

But the Warriors have made it clear that their priorities are young players, especially Wiggins and Poole. They are the future. 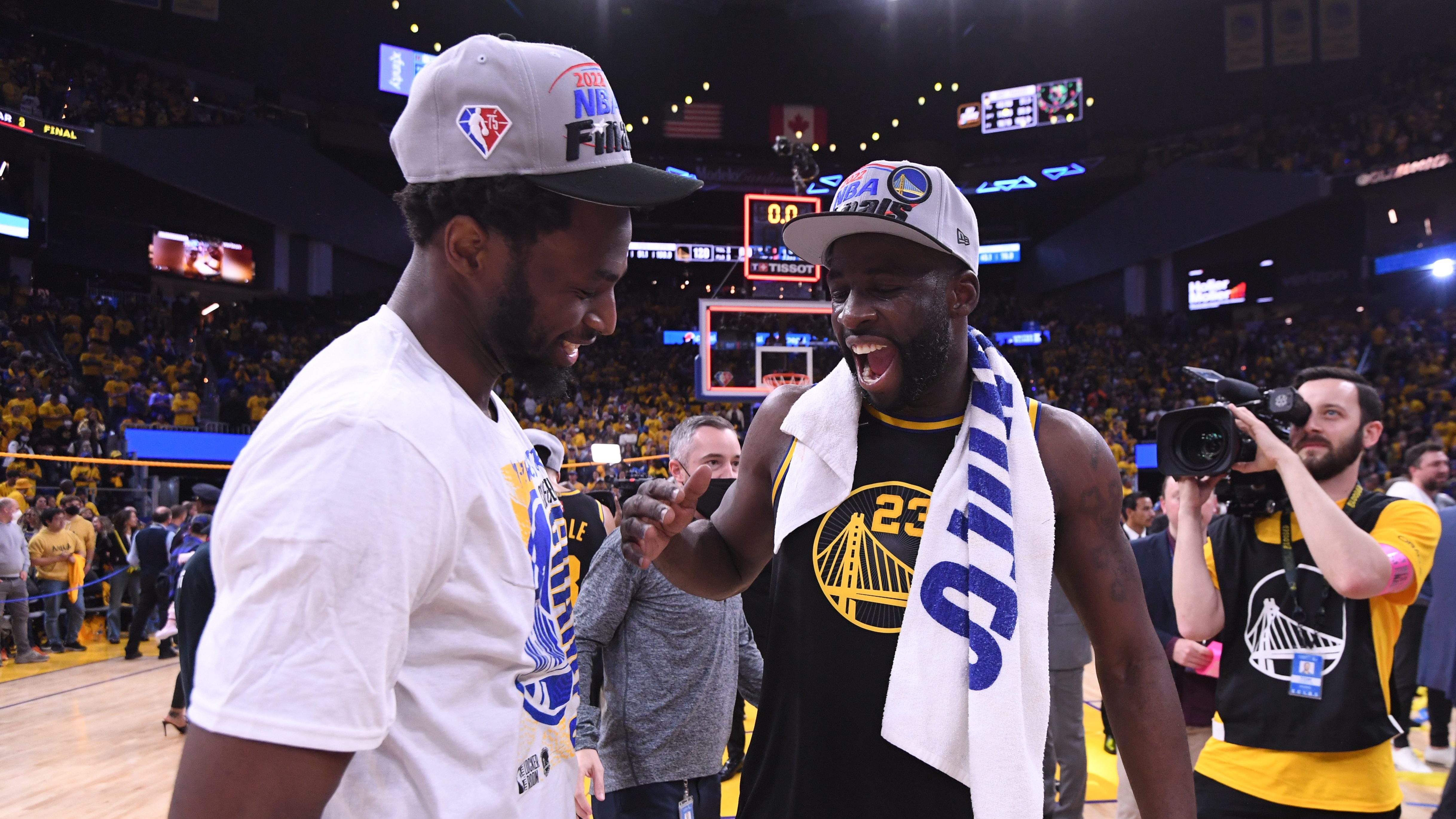 The Warriors’ Draymond Green and his ‘feeling of appreciation’Read now

Maybe that was part of what led to Green slugging Poole. Perhaps Poole reminded Green that he was part of the past, that he is the old and Poole is the new wagon. Even if he didn’t say as much, Green knows it. He certainly knows it now. That punch may have been the last gasp of a dinosaur.

The Warriors announced over the weekend that Wiggins and Poole each signed four-year contract extensions. Wiggins’ extension is worth a reported $109 million while Poole’s is reportedly for $140 million. That leaves Green, who thinks he deserves a max contract, as the odd player out.

Off the court, I have great respect for Green. He can be thoughtful and contemplative. Two years ago, before the presidential election, Green joined LeBron James’ More Than A Vote initiative and encouraged young people to register to vote.

On the court, I respect Green’s grit. At 6-feet-6, Green was an undersized power forward, yet he became a tenacious and versatile defender. Five years ago, he was the NBA’s Defensive Player of the Year.

Green has been the Warriors’ Mr. Fix-It. He has been pivotal in the Warriors’ four NBA championships. He is an excellent passer and the team’s emotional catalyst. But the only way for him to stay in the league, to keep himself in the starting lineup of a championship team, was to kick and scratch, push the margins every night. Golden State fans, by and large, appreciate Green. Every other fan base despises him.

So as a new season begins, the question for Golden State is how much longer will the team keep using its Draymond wagon. Last season there was increased scrutiny of Green by the Warriors, who had to wonder at times whether he was worth the headaches. As his skills eroded, his antics seem to intensify.

Green will earn $25.8 million this season and he has a player option for $27.5 million in the 2023-24 season. The Warriors could trade Green before the NBA trade deadline in February to avoid having him opt in for next season.

That’s one way of getting rid of a headache, but is that how you want to treat a player who has been such a reliable old wagon? Did Green effectively punch his way out of Golden State? And what else will he do between now and February?

In either event, the writing is on the wall for Green — the antics, a solid 10-year NBA career and finally the punch to the jaw of a valued young teammate. You’ve been a good old wagon, Draymond Green. But, daddy, you done broke down.