Paul returns as executive producer of season two of the docuseries

HOLLYWOOD, Calif. — Phoenix Suns star Chris Paul returns as executive producer of season two of the HBCU docuseries Why Not Us, which premieres Thursday with the focus on Florida A&M’s football program. And when the NBA season begins next week, Paul and the Suns will probably be saying “why not us?” after being often overlooked nationally despite advancing to the 2021 NBA Finals.

“I re-signed with the Suns for a lot of reasons,” Paul said. “First of all, we got a hell of a team.”

The more experienced Suns actually may have a better team entering the 2021-22 season than the one that lost to the Milwaukee Bucks during the Finals.

“We got to start over,” said Paul during a recent interview with ESPN to promote season two of Why Not Us, presented by The Undefeated via ESPN+. “This is a brand-new team. We got to build from day one and we got to have that same hunger and have the same will because you don’t just get back there. You got to put the work in.”

Paul had a memorable first season with the Suns with averages of 16.4 points and 8.9 assists, which ranked fourth in the NBA. The 36-year-old also made his first trip to the Finals in his 16th season. After the Suns won the first two Finals games, Milwaukee responded by winning four straight games to earn the title. Paul played with an injured wrist during the Finals that eventually required surgery, but he didn’t make any excuses and still averaged 21.8 points and 8.2 assists in the series.

While a tearful Suns coach Monty Williams was very emotional after his team fell in the Finals, Paul appeared angered by the result as he “processed” it during his postgame media interview.

“It was a lot of emotions,” Paul reflected. “It was tough because that team, I felt just had everything. And just because you feel like you deserve to win, doesn’t mean you’re going to win. And so, in that moment, you are sort of replaying all that in your head but knowing we had a chance to do it. It hurt. It hurt like hell to lose. But it would have been real bad if I felt like I was retiring. …

“I knew how hard we had fought to get there. There were a lot of emotions then.”

Paul, however, did offer some positives on the Suns’ trip to the Finals now that the dust has settled.

“When we got to the Finals, I didn’t [even] have any experience,” Paul said. “So, we all experienced that together and at the same time, and even though we lost and came up short, we hope that we learned a lot. I know I did. We drew a lot from that experience and the best thing about it is we get an opportunity to build again and play this year.”

Paul probably caused some nervousness for the Suns organization after opting out of the final year of his contract following last season. There was talk about Paul’s good friend, Los Angeles Laker LeBron James, and the Lakers being interested in signing him as a free agent. There was interest as well from the New Orleans Pelicans, whose new coach Willie Green was an assistant with the Suns last season and is close to Paul. But ultimately, Paul returned to the “Valley of the Sun,” signing a four-year deal on Aug. 2 that will pay up to $120 million.

“I love everybody on our team. Man, everything, and the way that they have been with me and my family. And it’s close to home [Los Angeles]. And hopefully in this more [normal] regular season and not playing every other day, I will be able to get back home and see my family a little more,” Paul said.

If Paul completes his new contract into his 40s, he could surpass $446 million in earnings during his NBA career. So, will Paul complete his entire contract with the Suns? His body and his family can ultimately answer that multimillion-dollar question.

“So, I don’t know how long I’m going to play. I’m going to play until God willing, and he says you need to sit down somewhere, or my kids tell me, daddy, you’re embarrassing us,” Paul said. 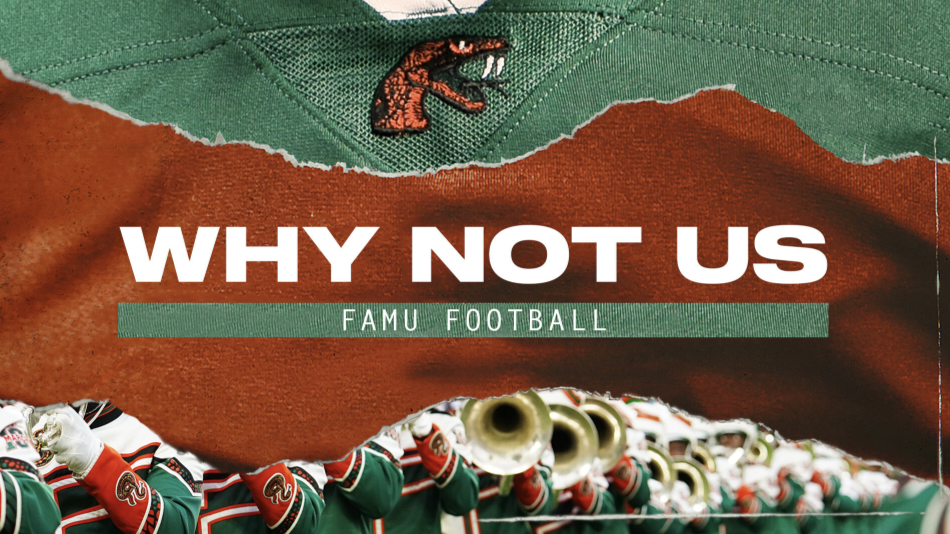 Why Not Us: FAMU FootballWatch now

The first season of Paul’s Why Not Us followed historically Black North Carolina Central University’s men’s basketball team. Why Not Us: FAMU Football will “examine the distinct culture, experiences and challenges of an HBCU athletic program, exploring what makes FAMU special on and off the field.” Paul, who is currently a student at historically Black Winston-Salem State, believes the Rattlers’ famed football program will make for an exciting second season. In the midst of its first season in the Southwestern Athletic Conference, FAMU travels to Huntsville, Alabama, on Saturday to play Alabama A&M in a game airing on ESPN+.

“The biggest thing that I hope the viewers get is that going to an HBCU is an experience,” Paul said. “It’s a whole experience. And I get a chance to visually experience it, because I didn’t attend one. I’m in class now, but I didn’t get to do that every day, be an everyday student at an HBCU. And I think they get an opportunity to see the grind is the same, the work ethic is the same, sometimes even harder. But understanding how successful a lot of these kids become without the same resources.”