Emotions flooded over us as we watched in anger, bewilderment, fear and resolve on Jan. 6

Inside the Beltway, reaction to the U.S. Capitol invasion was, as expected, mostly political.

Was the mob attack enough to force President Donald Trump to resign? Could Vice President Mike Pence be convinced to invoke the 25th Amendment?

But it is. And away from the seat of federal government, in the middle of America, the place politicians fly over on their way to supposedly more important destinations, it was a gunman walking into a Charleston, South Carolina, church, killing nine parishioners.

It was the bombing of a Birmingham, Alabama, church killing four little girls.

It was the murder of a Chicago boy in a small Mississippi town.

It was one more moment of watching terrorists who have been disturbing the domestic peace for Black folks for centuries, initially getting away with something.

It was a moment that stoked a reaction beyond anger at politicians.

Just when you think we’ve made progress, when you see CEOs react to Floyd’s public death while in police custody by promoting Black folks in companies and newsrooms across the nation, you see a step back.

The nation watched Trump invite a MAGA crowd to cause trouble, bad trouble, to change an election outcome he refuses to accept. What happened was: They planned. They came. They had their way. And they went home.

If they could invade a government building and leave enormous damage, five people dead and a nation reeling – with officers from at least 19 jurisdictions a phone call away – what’s to stop them from doing that anywhere they pleased? 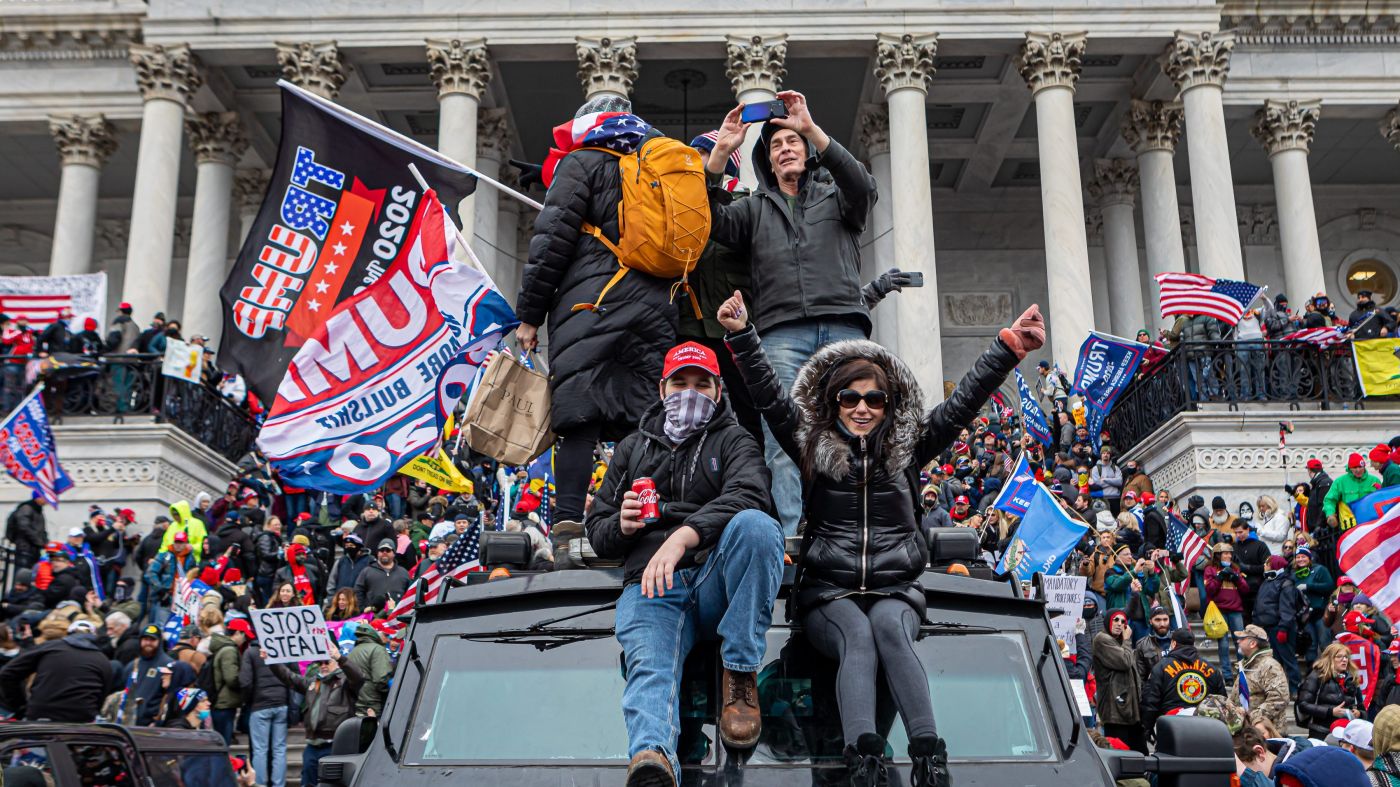 “It was a blow to the gut because it immediately made me feel unsafe in this country,” said Tamara Winfrey Harris, a 51-year-old writer from Noblesville, Indiana. “These people were able to breach a place that has to be one of the most secure in the country. The doors were just opened for them, and that is about white privilege. So how am I supposed to feel safe as a Black woman in this country?”

She was watching TV, awaiting news from Georgia that Black women had helped elect the man who would give the Democratic Party control of the U.S. Senate in the next Congress.

“… But then you start seeing angry speeches and people marching toward the Capitol and all of this violence, and the violence seems to be going absolutely unchecked,” Harris said. “We watched protests all year long. We saw the response to [the killing of] George Floyd. We know how officers respond. That was not what I was seeing, and it was terrifying!”

Adam Hollier, a Michigan state senator and father of two, was sitting in the Florida room of his Detroit home. On the floor nearby was his 2-month-old son, Adam Jr., who was born the night before the November election and wouldn’t go to sleep the night after the election until all the Michigan ballots were in.

“I realized I wasn’t shocked,” said Hollier, a volunteer firefighter, veteran of AmeriCorps and the U.S. Army and now a state official.

He watched the riot on Jan. 6 and woke up Jan. 7 to a bomb threat at the state Capitol in Lansing, Michigan.

“Every chance I have gotten to serve my country, I’ve done it,” he said. “Patriots don’t do this. Patriots stand in the gap. This – this is what traitors do.

“I’m getting ready to take my daughter to day care, and there’s a bomb threat,” he said. “Everywhere I go, people are telling me to be safe because they know the world that we live in.”

This is the world that Black people live in, no matter what income, no matter what education. For many of us, the invasion was a scene played out hundreds of times since emancipation. Just when you think we’ve made progress, when you see CEOs react to Floyd’s public death while in police custody by promoting Black folks in companies and newsrooms across the nation, you see a step back.

“Black people, people who look like me, Latinos, we know the rules aren’t fair. The people who benefit from the rules always say, ‘No, you can’t change the rules.’ ” – Michigan state Sen. Adam Hollier

The terrorists who stormed the Capitol on Jan. 6 did not have to storm. They were welcomed in by the man who publicly told a horrified country that he loved them. And since the president invited them, what they did wasn’t really wrong, right?

“Every single one of those individuals committed a crime.”

Hollier said America cannot get better until white supremacy is no longer acceptable.

“It wasn’t enough to be white. At every juncture, they cannot accept the reality that we are not going away,” he said. “Black people, people who look like me, Latinos, we know the rules aren’t fair. The people who benefit from the rules always say, ‘No, you can’t change the rules.’ ’’

Mostly, though, we are tired of being scared in a country that offers so much to fear: an errant traffic stop leaving you dead, a terrorist walking into Bible study and killing your Bible class, confrontations with people who refuse to wear masks because they don’t think COVID-19 applies to them.

Perhaps when white privilege stops being a get-out-of-jail-free card, fear can give way to the belief that America can be as safe for Black folks as white folks, white folks so carefree that they didn’t believe they could get arrested for starting a riot that left five people dead.

Rochelle Riley is the Director of Arts and Culture for City of Detroit. She is a member of the Michigan Journalism and NC Media and Journalism Halls of Fame, and author of The Burden: African Americans and the Enduring Impact of Slavery.