Among the successful Black Americans at the Australian Open, the 20-year-old son of a former professional has made the most surprising run

The friendly folks of Tennis Australia would probably not have quibbled over their prize jewel, the Australian Open, being temporarily renamed the American Open for 2023. The reason for a fleeting new title for the tennis calendar’s first Grand Slam? Yankee representation securing win after win in the draw.

The spectacular first two weeks for American tennis players featured individual titles in Auckland (won by Coco Gauff) and Hobart, and winning the inaugural co-ed United Cup team competition, with emerging Black tennis hopefuls at the center of standout play for the United States that carried deep into the opening week at Melbourne.

A 20-year-old playing outside of the States as a professional for the first time in his life is among the handful of American players still vying to keep fans back home excited. Ben Shelton, the reigning NCAA singles champion from the University of Florida, has had an incredible beginning to his professional career, advancing to his first Round of 16 in a major tournament.

The powerful but crafty lefty defeated promising Australian Alexei Popyrin in straight sets 6-3, 7-6 (7-4), 6-4. Popyrin played with the home crowd advantage at the John Cain Arena and got by Taylor Fritz, the No. 8 seed and top-ranked American male, in five sets before his matchup with Shelton. That raucous Aussie support could have rattled any 20-year-old, but Shelton provided another example of the match maturity he’s exhibited for six months.

Shelton was more than ready for most of the 18,000 in the crowd to be against him. In a contest that was truly 50/50 before the match, Shelton reduced the 23-year-old into looking like the one who barely has any tour experience. Shelton faces fellow American J.J. Wolf in the Round of 16 Sunday night (10 p.m. ET, ESPN2 or ESPN+)

Instrumental to Shelton’s moxie is his father, Bryan Shelton, a former ATP player who reached as high as No. 55 in the rankings in 1992 and coached his son at Florida. In the last two decades, Bryan Shelton has transformed himself from a reputable pro player into one of the premier tennis coaches in the nation. He coached Georgia Tech to a women’s national championship in 2007 before coaching his son to a men’s title at Florida in 2021.

Shelton’s game allows him to join or even eclipse Frances Tiafoe as the latest Black American male trying to rise into the Top 10.

Only two Black American men have ever been in the Top 10 of the almost 50-year history of the ATP rankings (Arthur Ashe, James Blake). MaliVai Washington, a 1996 Wimbledon finalist, was just outside the Top 10 with a career-high ranking of 11. Tiafoe is currently at No. 17. Ashe remains the only Black American male to win a Grand Slam, a far cry from Serena and Venus Williams’ combined 30 major titles in singles.

Gauff, Madison Keys and Tiafoe showcased their Grand Slam-winning potential in the first year of the post-Serena Williams era. Gauff carried her Auckland title form into a bid for her first Slam. Keys and Tiafoe brought their standout United Cup championship level to overwhelm opponents in their first two rounds at the Australian Open.

Even more encouraging was seeing victories for Taylor Townsend, her first as a mom, young journeymen Chris Eubanks, and Michael Mmoh, who made his first Slam third round as a “lucky loser” after he almost flew out of Melbourne and missed out on a career-changing tournament.

The early American takeover of this Aussie Open received pushback as the week progressed. Eubanks and Townsend’s runs concluded not unexpectedly with tight second-round defeats. Mmoh’s improbable run, and career-high rise into the Top 85, ended with a straight-sets loss to Wolf. And disappointingly, Tiafoe, Keys and Gauff received rude awakenings.

Tiafoe made more noise with his colorful onesie than his racquet this Slam as Russian Karen Khachanov continued his success over the Maryland native, eliminating him in the third round. Victoria Azarenka denied Keys a chance of playing a second weekend and made it 4-for-4 against her in a come-from-behind three-set win at Rod Laver Arena. And Gauff’s quest to fulfill her lofty expectations of being a Slam singles champion was placed on hold thanks to the dangerous Jelena Ostapenko reminding again why she is a French Open winner with a statement 7-5, 6-3 win over the 18-year-old prodigy. 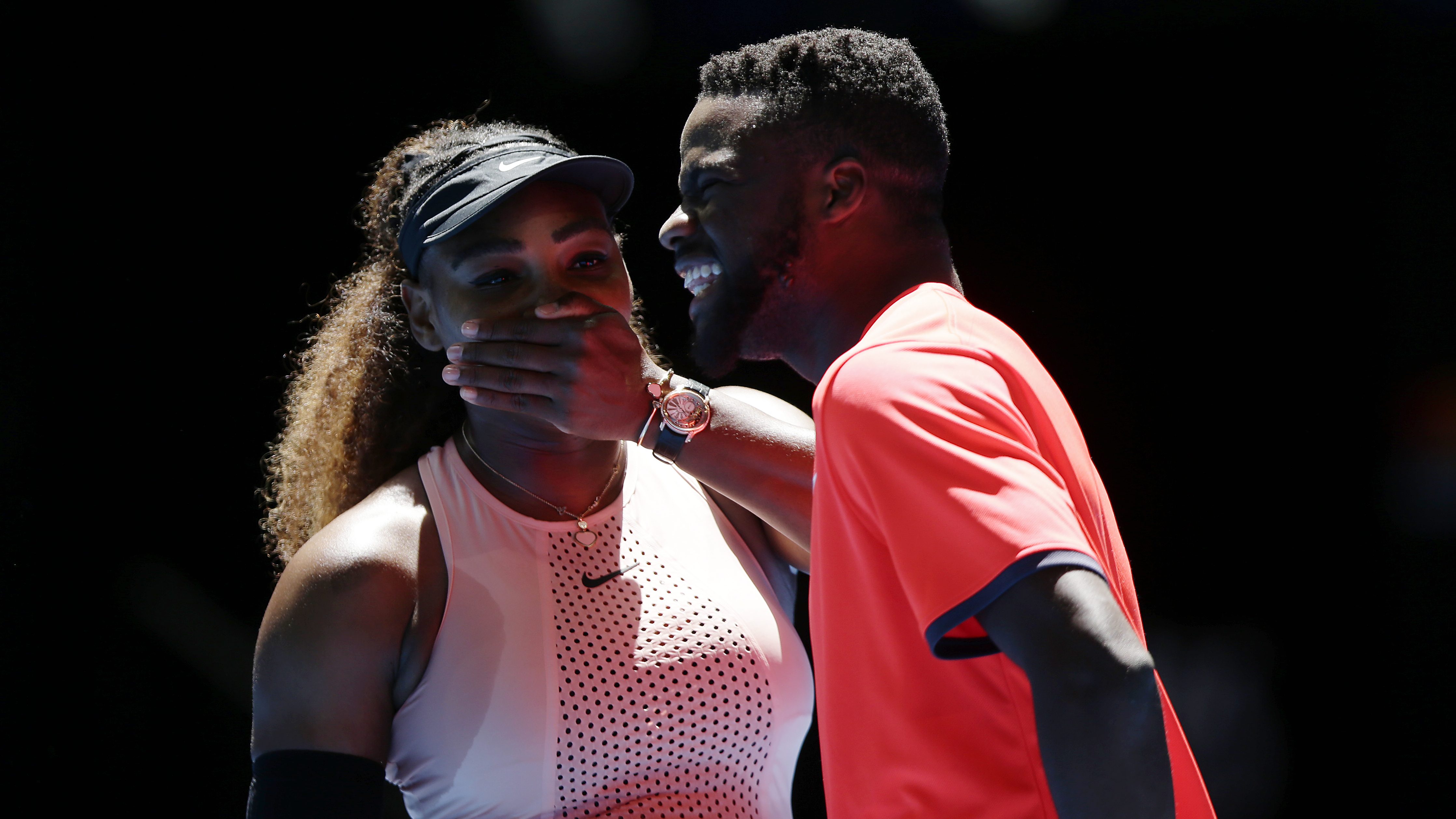 Serena Williams’ retirement is a platform, not a loss, for Black tennis’ next generationRead now

An improbable run to the title from Shelton would likely see him rise into the Top 10, which would be one of the sport’s most shocking results: A player who was ranked 433rd in July goes to his second-ever major and hoists the trophy at a fortnight’s end. It’s a staggering thought, but nothing about Shelton’s play would leave you dazed and confused about his prospects. He even became a new Aussie fan favorite despite beating one of their promising stars in Popyrin.

“This stadium is something special,” Shelton said about the electric fan support that he overcame in Round 3. “I know that you guys were going for your hometown boy today and I didn’t have most of the crowd on my side. But thanks for all those out there supporting me, I appreciate it, great crowd.”

No matter how the rest of the tournament goes, Shelton is on a great track with a wave of other American tennis players, Black, white, Asian and Latinx, making it an encouraging start to 2023 for the United States. And Shelton may even have some Aussies call their crown gem tournament “U.S. Open: The Remix” in the end.