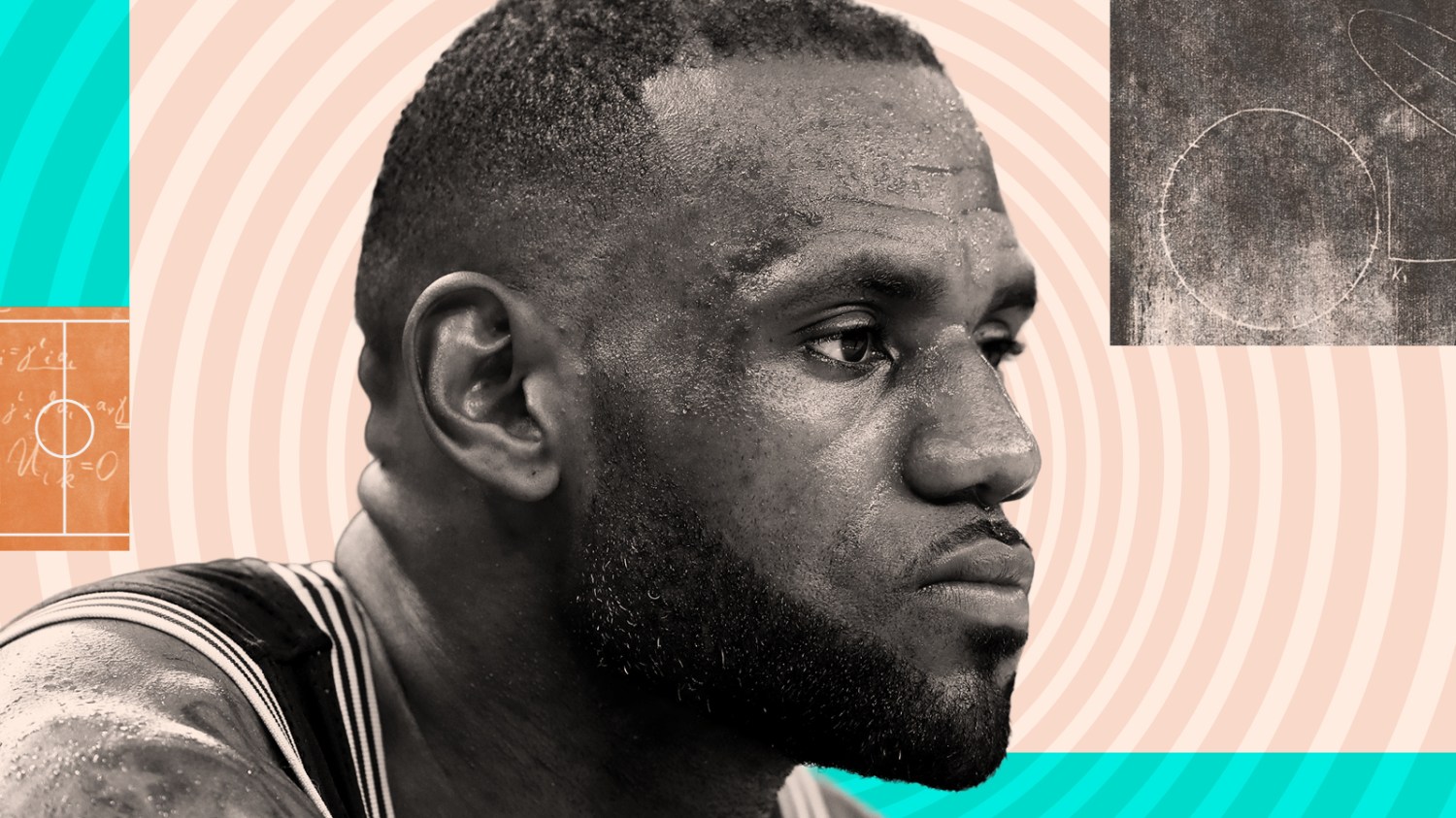 ‘Basketball IQ’ and the racial coding of the word

Examining the ambiguous yet ubiquitous term

In our era of analytics, statistics provide a new window into the game.

We have statistics for just about everything: player efficiency ratings, Expected Possession Value-Added, win shares, usage rates … but basketball IQ?

In a moment where numbers supposedly never lie and the beauty of the game can be boiled down to a formula, the emphasis on basketball IQ is of little surprise.

If only there was a test for basketball IQ.

To have a high basketball IQ is to play the game “the right way.” Those with a high basketball IQ are able to “see the court” as if they were Neo in The Matrix — able to outsmart their opponents and use their intelligence to elevate the play of their teammates. They understand a “good shot,” proper defensive positioning, and the “fundamentals” of the game.

Back in the 1980s, speaking of an Atlanta Hawks team that featured future NBA coaches Doc Rivers and Randy Wittman, then-coach Mike Fratello spoke of basketball IQ as “seeing stuff better, understanding what people are trying to do. We’re making the right passes, the right decisions.”

In 1978, Dick Motta, then coach of Washington Bullets, attributed their championship to none other than Bob Dandridge. Not satisfied to describe Dandridge, who averaged 18 points a game over 13 seasons, as a “smart” and clever role player, Motta celebrated Dandridge for IQ contributions. In what might be the first reference to “basketball IQ,” Motta told The Washington Post: “When he’s on the floor, our collective basketball IQ goes through the roof. He helps us jell.”

The focus on intelligence dates to the 1960s. In the face of integration, questions about intelligence were enough to justify the continued exclusion of black athletes and their segregation into certain positions.

“There was an imperative to ‘rationalize’ not starting those better Black players,” said renowned sports sociologist Harry Edwards in an email. “The claim that a white player had a ‘high basketball IQ’ was precisely what was needed, even in the face of the fact that there never has been any definitive explanation of the precise substance and parameters of what comprises a ‘high basketball IQ.’”

When University of Kentucky battled Texas Western in the 1966, it was not simply a battle for the national championship but for America’s racial future. Starting five white players, the Kentucky Wildcats were seen as a prohibitive favorite because they were seen as an extremely smart team who would always make the right play.

The Miners, starting five black players, were seen through a completely opposite prism. James H. Jackson of The Baltimore Sun wrote: “The running, gunning Texas quintet can do more things with a basketball than a monkey on a 50-foot jungle wire.”

Racial codes for intelligence were clearly not necessary in 1966. The message was clear: The Miners were successful because of their physical prowess rather than their intellectual understanding of the game.

With racial stereotypes in hand, facts would not matter.

“We were more white-oriented than any of the other teams in the Final Four [Duke and Utah were the others],”noted then-Texas Western guard Willie Worsley. “We played the most intelligent, the most boring, the most disciplined game of them all.”

Despite playing a slowdown game that emphasized defense, despite graduating 80 percent of its starting five (compared with Kentucky, which graduated only one starter), these racial stereotypes persisted with Texas Western and African-American basketball players.

The rivalry between Larry Bird and Magic Johnson would further elevate the yet to be defined idea of basketball IQ. As basketball became more and more visibly black, the narrative, however, shifted to one less focused on black players’ lack of intelligence and an increasingly boisterous celebration of those white ballers who, despite perceived physical limitations, had reached the NBA promised land through sheer brainpower. Basketball IQ became a means to understand how and why white men who couldn’t jump were still excelling in the league.

In 1992, penning an appreciation of Bird’s career, legendary Boston Globe sportswriter Bob Ryan wrote, “What separates the Truly Irreplaceable from even the Superstars is a quality that takes intelligence and instinct and savoir faire and ties them into some unspoken empathy with the fans.”

Using mind, intellect, and IQ was essential because of the purported lack of athleticism and physical prowess afforded to white athletes. White players, from Bird to Dirk Nowitzki, from Steve Nash to Kevin Love, compensated for what was said to be athletic deficiencies with cunning, smarts, work ethic, humility, team-first attitude and athletic intelligence.

The power and persistence of these racial narratives rests in America’s own racial history. Edwards asserted that in “sync with mainstream stereotypes and clichés,” the idea of basketball IQ “not only achieves currency but enduring legitimacy.”

The racial divide about intelligence on the court is bigger than the game. This is American history. Professor Michael Eric Dyson noted in 2011 on Face the Nation, “Skepticism about black intelligence and suspicion about black humanity have gone hand in hand throughout the history of this country in feeding the perception that black people don’t quite measure up.”

The creation of IQ or standardized tests was in part about proving white superiority. Ibram Kendi, author of Stamped from the Beginning: The Definitive History of Racist Ideas in America, wrote that “for eugenicists, social Darwinists, and other racialist scientists, standardized tests became the newest ‘objective’ method of proving Black intellectual inferiority and justifying discrimination.”

So, it’s no wonder that basketball IQ continues to be a racial code, a stereotype, and a dog whistle lazily employed often to divide assessments of black and white players.

Despite being the seventh pick in the 2009 draft, the son of a former NBA player and a collegiate volleyball player, a star at Davidson University — and someone who surely had access to gyms, coaches — the underdog narrative for Golden State Warrior Stephen Curry requires elastic explanation as to how this 6-foot-3, slightly built man became, arguably, the best player in the league. While his work ethic, humility, and his determination are key ingredients, it is his basketball IQ that purportedly explains his greatness.

Even Cleveland Cavalier LeBron James has been elected into basketball’s MENSA club. In many ways, James doesn’t fit the stereotypical high IQ baller. Immensely athletic, physically dominating, and a gifted basketball tactician, James has also been celebrated for his mind. His intelligence is celebrated when confined to the court. The desire to designate basketball intelligence as something unique speaks to the multitude of ways that basketball players, particularly black players, are presumed to lack a similar level of intelligence outside the arena. They are basketball-smart but otherwise not intelligent.

Then there’s the similar narrative that develops around a handful of NBA superstars as their struggle against Father Time inevitably fails. As Paul Pierce, Kevin Garnett, Kobe Bryant, Jason Kidd, and Michael Jordan aged, the narratives surrounding them focused more and more on their intelligence. Unable to dunk on people, unable to break ankles, and soar over their opponents, they kept their careers alive through making the right decisions, through seeing the floor, and through flexing their basketball IQs. Good thought. But the intellect was there to begin with.

David J. Leonard is a professor at Washington State University. He is the author of After Artest: The NBA and the Assault on Blackness and coeditor of Commodified and Criminalized: New Racism and African Americans in Contemporary Sports.