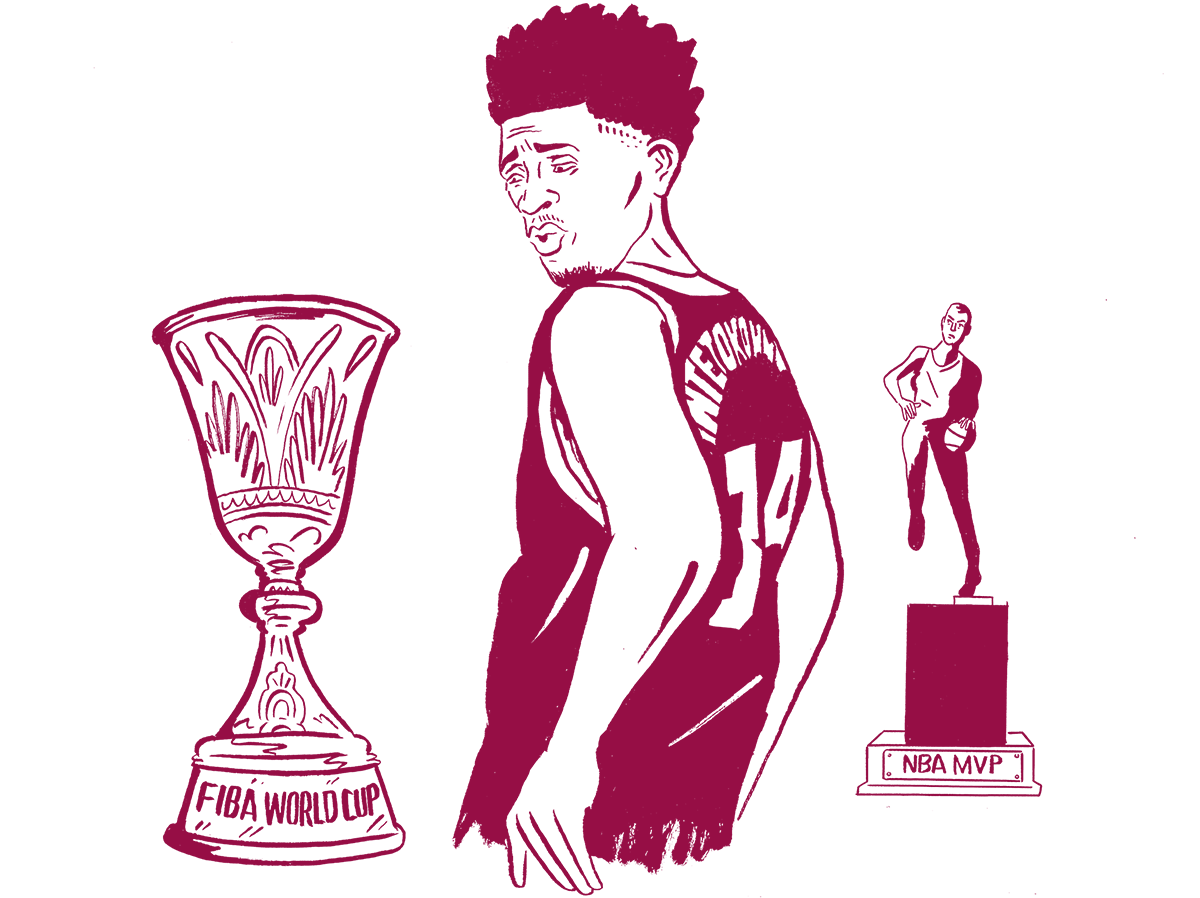 Detroit Pistons center Andre Drummond, who will suddenly start responding to all media questions with “What?” and assaulting random NBA players, started a one-beer-a-day diet because “If you do it the right way, it’s actually not bad for you.” Milwaukee Bucks and Greek national team forward Giannis Antetokounmpo, who would also trade in his $100 million salary for Monopoly money, said he would “exchange the MVP title for the gold medal in China” at the FIBA Basketball World Cup. New England Patriots quarterback Tom Brady, doing everything humanly possible to never have to go home and spend time with his wife and kids, agreed to a two-year extension with the team, which, on paper at least, will keep Brady in the league through his 44th birthday. Brady and his wife, Gisele Bundchen, placed their Massachusetts home on the market for $39.5 million, a million for each time Bundchen has asked Brady to let them move far away from Boston. The Miami Marlins, somehow getting worse at public relations after the departures of former owner Jeffrey Loria and former president David Samson, apologized on Twitter after a team social media employee tweeted, “yOU’RE LITERALLY THE ANIMAL THAT KILLED STEVE IRWIN LOG OFF” at the Tampa Bay Rays’ account. 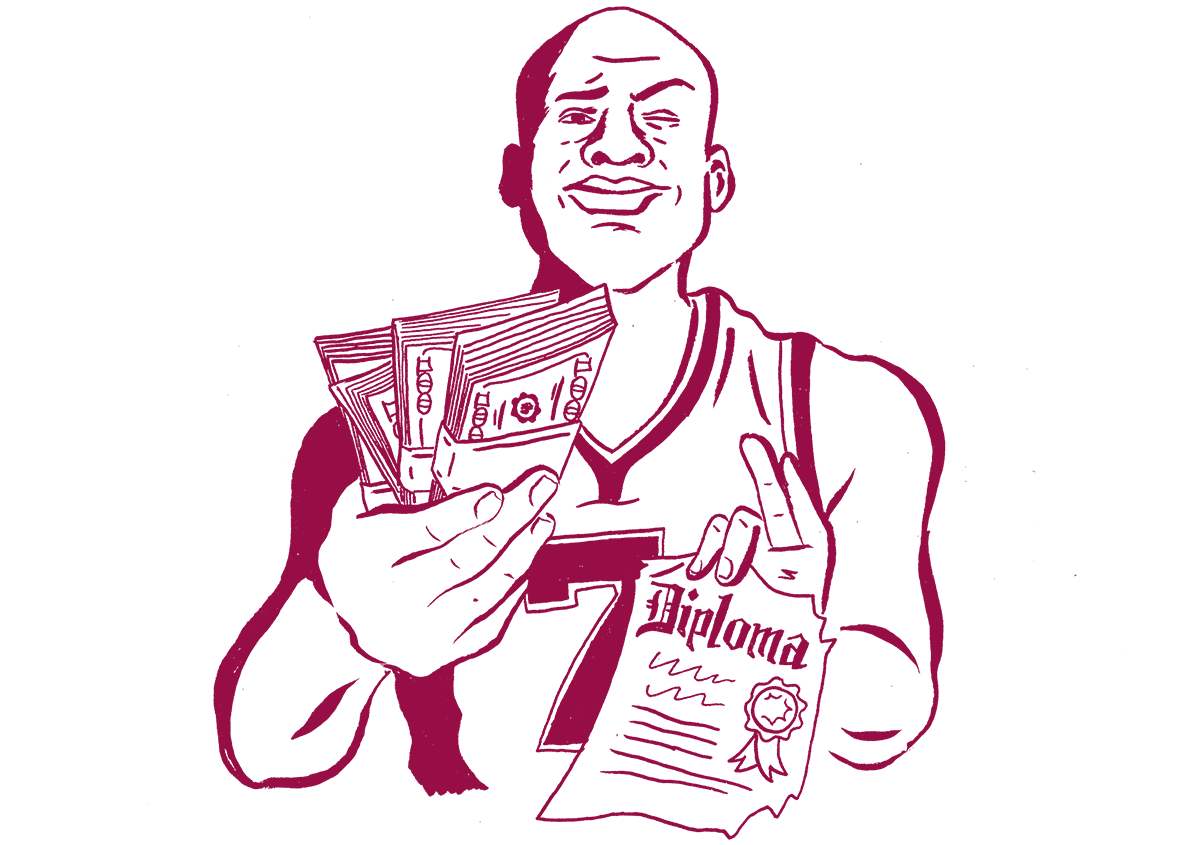 The NCAA, being as subtle as an Alabama poll tax, issued a memo that will require prospective agents for uncommitted NBA prospects to have a bachelor’s degree, National Basketball Players Association certification for at least three consecutive years, professional liability insurance and completion of an in-person exam taken at the NCAA office in Indianapolis, in an attempt to freeze out Rich Paul types. Former NBA player and reputed marijuana connoisseur Al Harrington purchased an ownership stake in a team in Australia’s National Basketball League and is now recruiting American high school players to “make $20,000 to $40,000 a month playing for me” instead of playing in college for free, an offer even more enticing when Harrington eventually offers midgame naps and snack trays in place of water bottle carriers. Toronto Raptors guard Kyle Lowry, who will turn into Eric Bledsoe by the time the team is 10 games below .500 on Christmas Day, said, “I want to be there” while discussing a possible extension with the reigning NBA champions. New York Giants general manager Dave Gettleman, morphing into Justice Potter Stewart to aptly describe the train wreck he’s caused since being hired, responded that “to a degree I know what it looks, smells and tastes like” when asked how he knows his team will be successful. 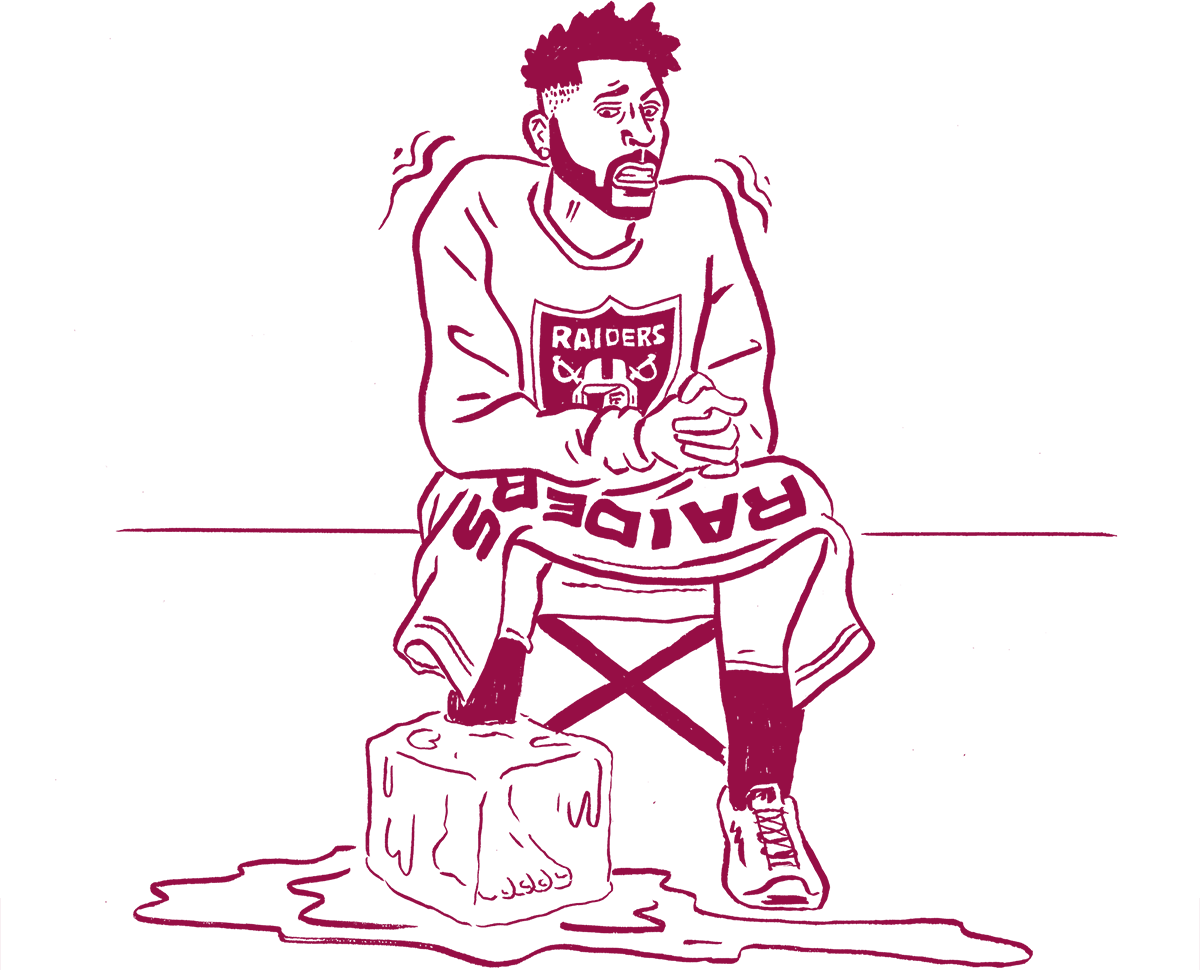 The Texas Rangers, like the owner of Woolworth’s inviting North Carolina A&T students back for some more “memorable and enjoyable” milkshakes, offered tickets to any Rangers home game in 2019 to a Hispanic family after they were racially harassed by a fellow spectator while sitting in the upper-deck bleachers at the team’s ballpark. Oakland Raiders receiver Antonio Brown, whose nickname “AB” now stands for “All benumb,” suffered extreme frostbite on his feet after not wearing proper footwear in a cryotherapy machine in France. Former NFL quarterback Colin Kaepernick, who is likely better off listening to rapper Archie Eversole’s “We Ready” than thinking there’s a real chance any NFL owner will give him a chance, tweeted that he’s “still ready” to play after nearly 900 days out of the league. New York Jets head coach Adam Gase, making the only fact-based argument that ball is, in fact, life, once asked his wife, “You good?” after she gave birth to their child through cesarean section, then immediately left the hospital to return to work for a workout with Peyton Manning. 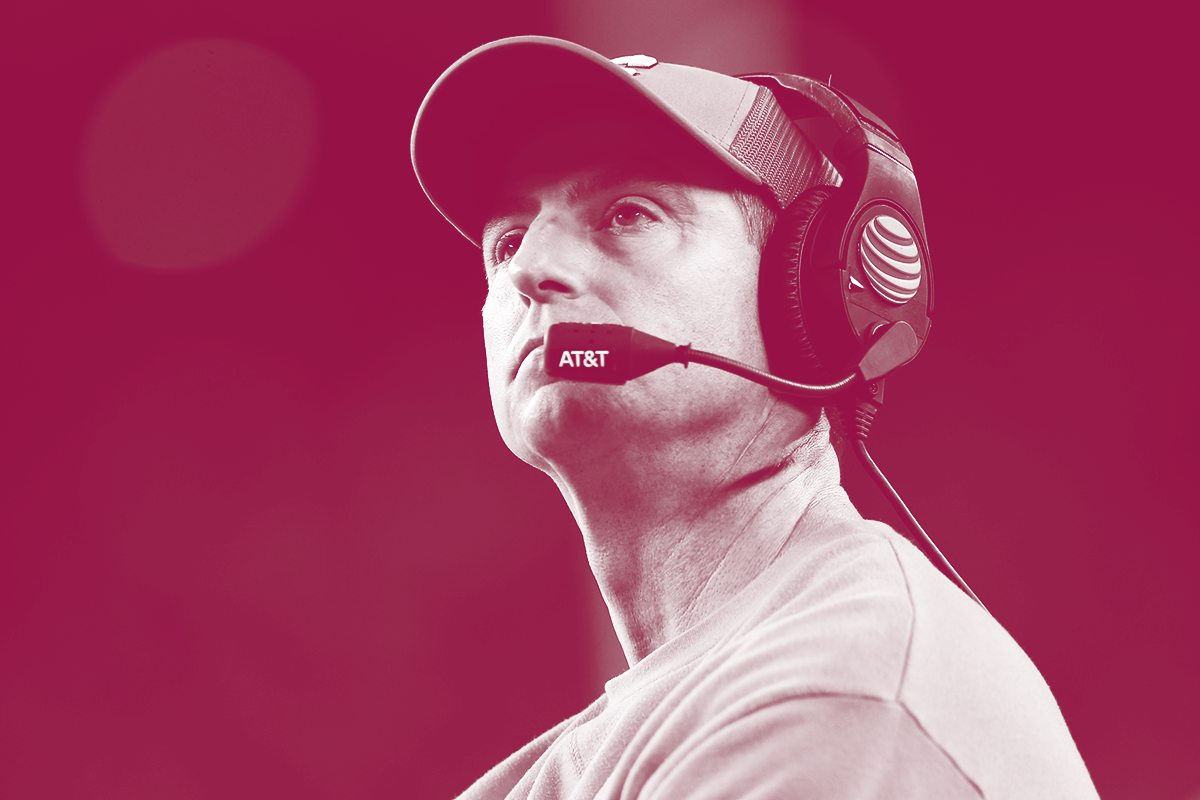 Clemson football coach Dabo Swinney, who gladly gifted President Donald Trump two Clemson jerseys in 2018 despite Trump not being “on the team,” said he did not send former Tigers quarterback and Missouri transfer Kelly Bryant a national championship ring, despite Bryant’s 4-0 record as a starter last season being a reason for the national championship, because Bryant “wasn’t on the team” and “decided to move on.” Major League Baseball announced that the New York Yankees and Chicago White Sox will play a game in 2020 at the site of the 1989 film Field of Dreams, a game that, to stay in character, will seemingly not include Aaron Judge, Didi Gregorius, Aroldis Chapman or Tim Anderson. USA Basketball managing director Jerry Colangelo, who could only pray for such a distraction from the roster he’s cobbled together this summer, said he denied NBA free agent Carmelo Anthony’s request to join the Team USA roster for the FIBA World Cup because “where we are and what we’re doing, that conceivably could have been a distraction.”