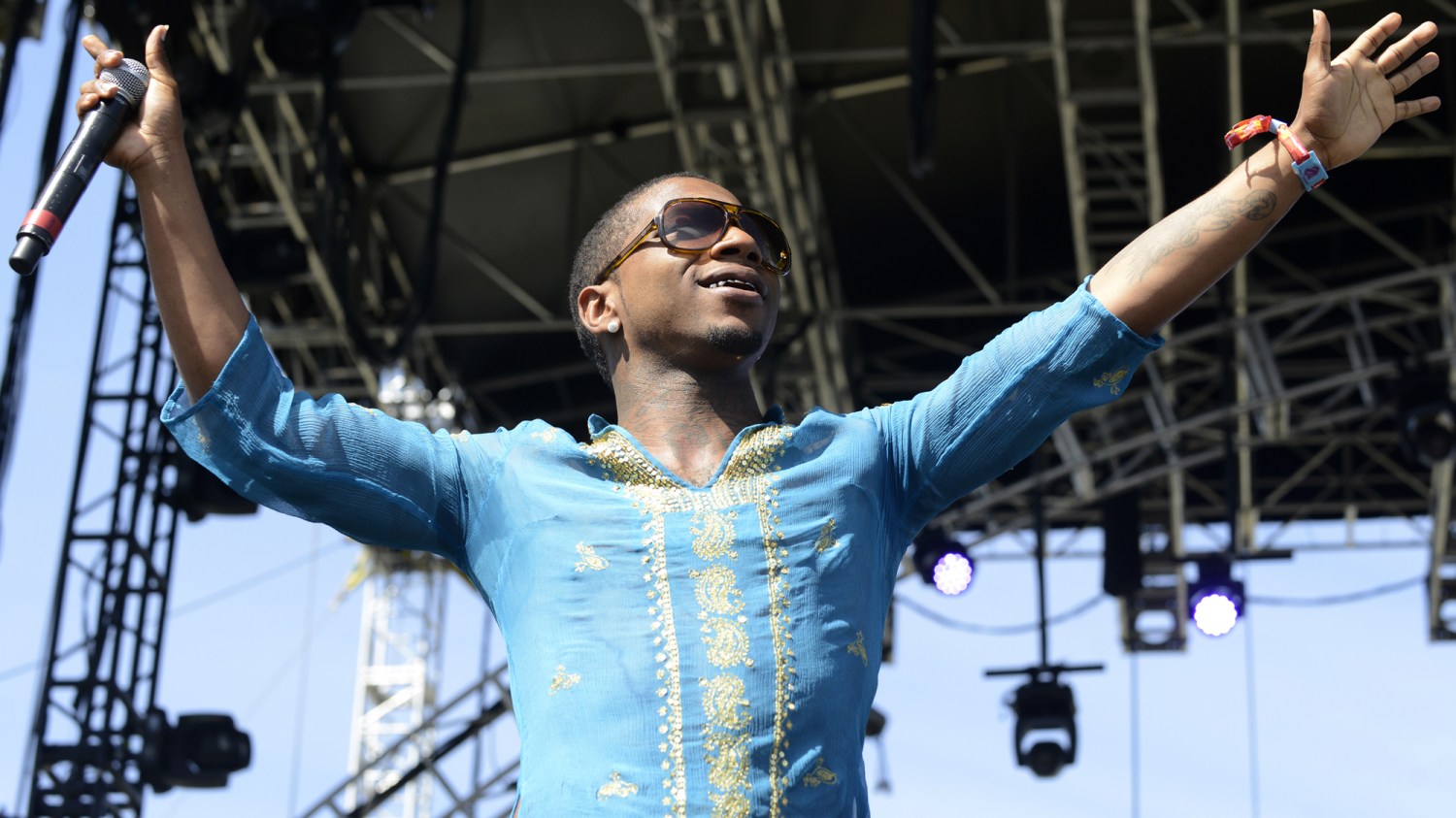 Lil B performs during the 2015 Coachella Valley Music and Arts Festival at The Empire Polo Club on April 10, 2015 in Indio, California. Tim Mosenfelder/WireImage
NBA

An open letter from Lil B to Kevin Durant: ‘Welcome home, KD.’

When Kevin Durant announced to the world on July 4 that he would sign with the Golden State Warriors, one of the most famous curses in recent sports history was finally lifted. Five years ago, Durant tweeted that he couldn’t listen to Lil B’s music because he thought the Bay Area rapper was wack. After Lil B saw the tweet, he decided the only way for the two to settle the beef was to play a game of one-on-one. However, when the NBA superstar didn’t accept the rapper’s challenge, Lil B placed “The Based God’s Curse” upon him, saying on Twitter that Durant would “NEVER WIN THE TITLE AFTER HE SAID ‘LIL B’ IS A WACK RAPPER.”

Promptly after Durant decided to leave the Oklahoma City Thunder after nine seasons (and no titles) to join the Warriors — Lil B’s hometown team — The Based God responded. ” ‘The BasedGod’ wants to speak, As life unravels and superstars make decisions that change lifes, welcome home KD the curse is lifted – Lil B,” the rapper tweeted on July 4. When Durant announced his decision, Lil B was on tour in Germany. Upon returning to the Bay Area last week, Lil B discussed his favorite team’s newest player, the end of the curse and his desire to still play Durant one-on-one.

Lil B welcomes Durant to the Bay Area in this open letter. Here’s what he had to say, in his own words, as told to The Undefeated’s Aaron Dodson.

I still don’t think it really has set in, but Kevin Durant to the Golden State Warriors felt very natural — what it was supposed to be. It felt so right.

The Based God always works in very different ways. Me being Lil B, I don’t want to say it was super unexpected, but it was amazing. The Based God understood. I know The Based God definitely knew and had it foreseen.

Kevin Durant’s decision said a lot of things. I definitely commend him for being brave, for trying something new. Making new things happen. Making things happen that people wouldn’t normally think is conventional. He did something that was very brave, I think, and showed he does feel something. A lot of questions were answered.

I want him to hang out with the people of the Bay Area. Have fun. Listen to the music. Get a feel of everybody around. Different places. Feel the welcome. People are so excited to see him play and be a part of a Bay Area team.

Our one-on-one game still has to happen. I think it’s for the love of the sport. The world wants to see it — hundreds of thousands, millions of people. They want to know what would happen with this game. They’re obviously interested.

At this point, I like where I’m at right now with my game and how much better I’ve gotten. I’m a real defensive guy. My defense really speaks loudly, which rolls over on offense. I have a pretty decent midrange shot. I like getting to the rack. I like getting to the hoop. I’m kind of like Russell Westbrook, but I can’t dunk. Just as far as going to the hole. I’m not saying all aspects of Russell Westbrook’s game because I don’t have the same aspects. I’m coming to the court with a lot of confidence now. It’s definitely different. I definitely do think I’m ready to play KD. Winning, who knows? But I definitely know I am ready to play him.

When he wants to talk about it, I know I’m more than happy to, with open arms and a lot of love. It’s just about playing a nice game of basketball, one-on-one, for the love of the game. But now, for me, it’s just about him focusing on the Warriors’ season. Focusing on winning, getting this championship. I’m really excited to see them play. He knows he’s home. Everybody knows he’s home.

No predictions right now from The Based God on how many championships the Warriors will win, but I don’t know about any other starting lineup that could potentially have more offensive firepower than these guys. This is going to be a really exciting season.

Welcome home, KD. Welcome home. Keep going, my brother. Stay positive. We love you in the Bay. We’re excited to see you play. Definitely look out for me courtside. — Lil B