Items commemorate the 70th anniversary of No. 42 breaking the color barrier

Adidas created a series of special-edition baseball cleats and turf trainers that feature Robinson’s signature. The cleats and trainers sell for $120 and $100, respectively, and are available at adidas.com, eastbay.com and dickssportinggoods.com.

Detroit-based watch company Shinola has released a limited-edition Jackie Robinson timepiece that features his famous “42” jersey number. The 42 mm stainless steel watch retails for $1,500 (available at Shinola.com and in Shinola stores) and is sold as part of a limited-edition gift set that includes a mini-pennant, a set of three pins and a four-pack of postcards. The watch is the fifth installment in Shinola’s Great Americans Series, which honors inspirational figures such as Maya Angelou and the Wright brothers. 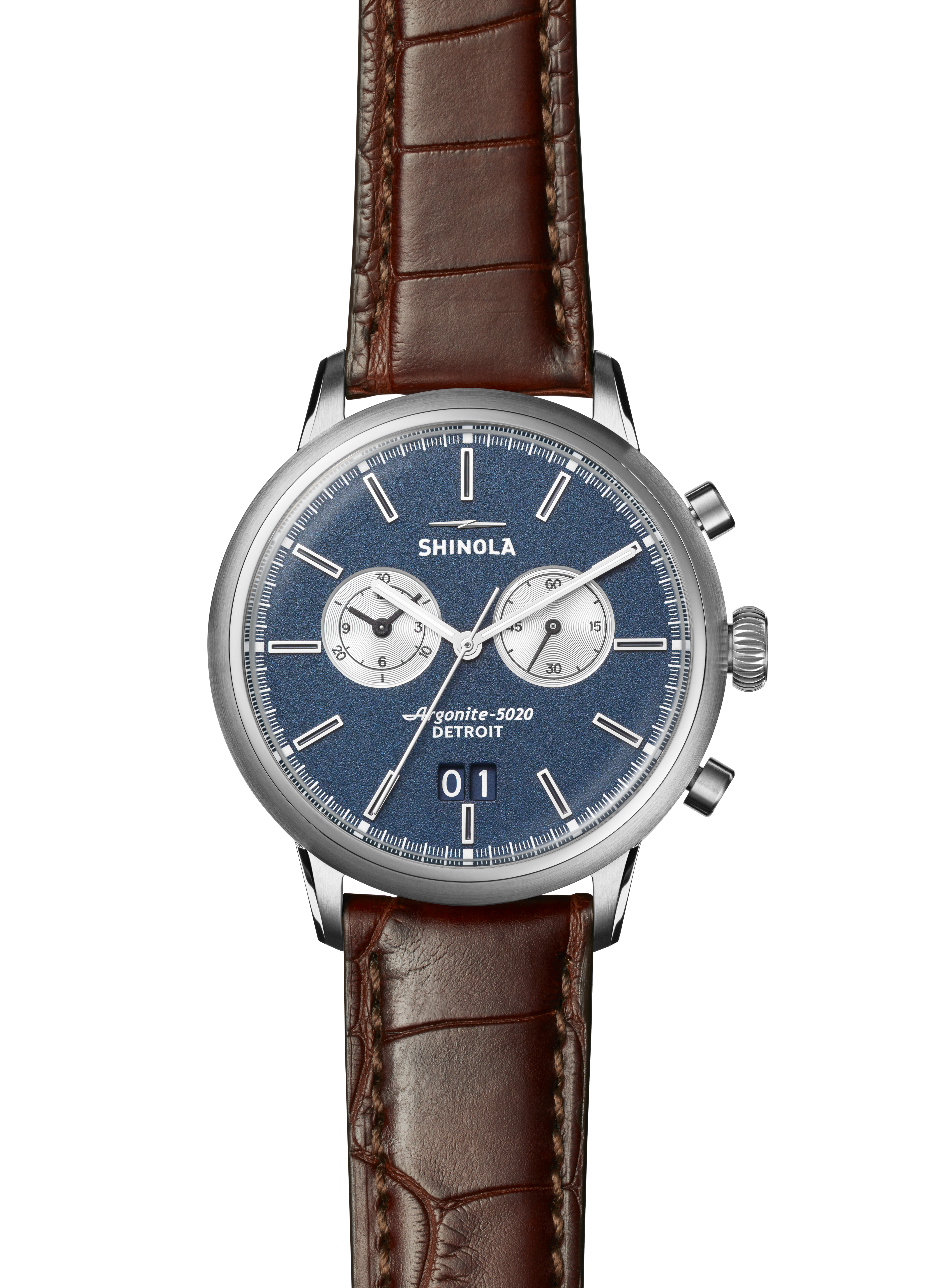 Robinson is, of course, one of the most important race men to have ever played professional sports. Before Muhammad Ali, Kareem Abdul-Jabbar and Jim Brown, there was Jackie Robinson. After being signed to the Brooklyn Dodgers in 1947, Robinson shouldered the burden of being the first — and, for a time, only — African-American to play in the major leagues. Over the course of his outstanding 10-year career, he and other Negro players faced open hostility from teammates, fans and media.

To commemorate the 70th anniversary of Robinson’s signing with the Dodgers, the team is planning to unveil a statue of their most iconic star Saturday at Dodgers Stadium. Rachel Robinson, 94, and two of her children, Sharon and David, are expected to attend the ceremony along with nearly 200 friends and family members.