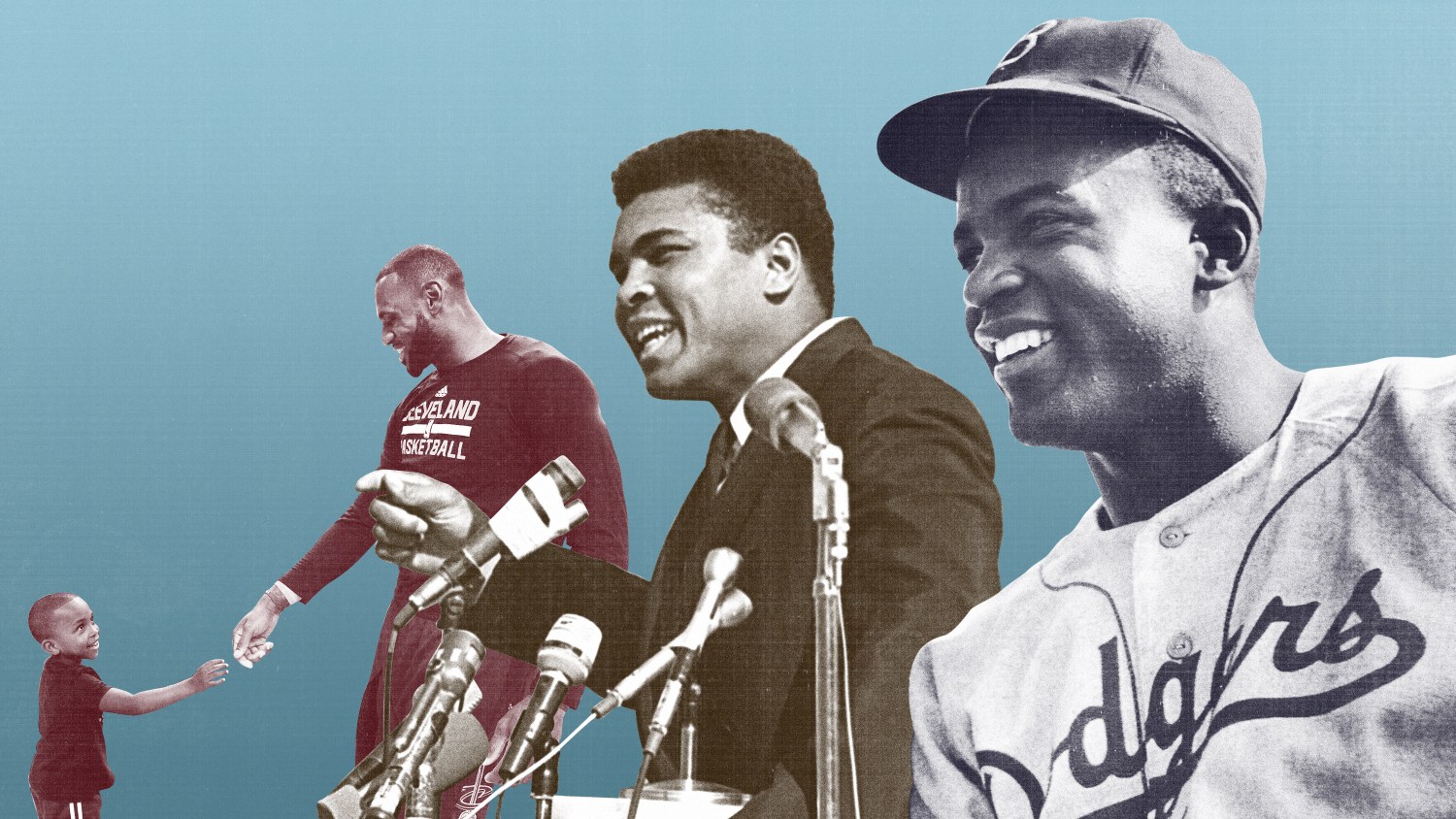 Pots & Pans: 70 years after Jackie Robinson’s breakthrough, stats are changing sports but not what makes a hero

No. 42 put up great numbers, but they don’t capture his importance

Through the years, observers have called the baseball gloves worn by outfielders Tris Speaker and Willie Mays places where (would-be) triples went to die. For me, those comments illustrate the Hall of Famers’ fielding prowess better than their respective defensive runs saved (DRS) scores ever could. Thus, I’m unlikely to ever lead a baseball conversation rooted in the understanding of advanced defensive stats or any other advanced sports statistics.

But by the Major League Baseball All-Star break, I plan to know enough about advanced baseball statistics to nod at their disciples in an opaque way that masks my lack of knowledge, just as I do when the younger brothers in the barbershops start talking about today’s rap versus the vintage flow from Tupac and Biggie. After all, I believe having even a nodding acquaintance with new languages, interpretations and perspectives can promote understanding among disparate groups.

In baseball, such analysis has reduced the importance of stolen bases, pitching complete games and making sacrifice bunts. Further, managers such as Dusty Baker, 67, are sometimes criticized for being out of touch with today’s baseball. With a half-century in baseball, Baker, a three-time Major League Baseball Manager of the Year, is more likely to refer to his gut than a spreadsheet when deciding what he and his Washington Nationals ballclub should do. He’s never managed a team to a World Series victory. Further, in a managing career that has lasted more than two decades, Baker has taken the Chicago Cubs, Cincinnati Reds, the San Francisco Giants and the Nationals to the playoffs without winning a World Series.

But Theo Epstein, the 43-year-old Yale grad-turned-Major League Baseball front-office rainmaker, has used analytics to put together teams that ended World Series victory droughts of over 80 years each for the Boston Red Sox and the Chicago Cubs. Who can argue with Epstein’s approach?

Furthermore, in the NFL, the new numbers game has led to the devaluing of running backs. Their careers in the NFL often go like this: Runners are devalued in a “passing league,” so they are picked in later rounds of the NFL draft and given less money to sign initial contracts. Nevertheless, the best runners run a lot, and just when they’d be rewarded with a big second contract for running a lot and producing a lot, a number cruncher says, “Not so fast.” The player has been running a lot; he’s approaching 30 and about to lose productivity and become more injury-prone. Consequently, the number cruncher recommends that the player — let’s call him John Henry — not be re-signed, or get cut or traded for draft picks.

In big-time college basketball and NBA basketball, the new numbers game has given rise to the 3-point shot. Despite the University of South Carolina women’s team winning the 2017 Division I Championship game while going 0-for-3 on 3-pointers, everyone from the University of Connecticut women’s teams to NBA stalwarts such as the Golden State Warriors have used the 3-point shot to contend for championships or to win them.

Indeed, guard Lonzo Ball, the UCLA freshman who has declared for the NBA draft, presents himself as the ultimate modern baller: He takes 3-point shots or he drives to the basket. He employs his midrange jumper about as often as his dad, LaVar Ball, reveals his humility.

Consequently, young Mr. Ball is already an avatar of contemporary style and practice on the basketball court. I can envision years from now the images of Ball and his younger basketball-playing brothers, dressed as a trio of Sportin’ Lifes from Porgy and Bess, adorning the cover of a video game called It Ain’t Necessarily So. The game will remind players that the well-lived life in sports can’t be captured or appreciated solely through game statistics.

Game players will earn points for the things their video avatars do, including playing with great panache, donating their money to worthy causes, and giving younger athletes sage private counsel rather than showering the younger players with public ridicule. Also, some game players will earn points when their video avatars stay out of trouble and save their money, making it possible for their children and their children’s children to enjoy great wealth and security.

Oh, sure, such a video game promoted by the Ball brothers or anyone else is not likely to happen. But the real winners in sports, such as Muhammad Ali, Roberto Clemente and LeBron James, have shown they understand Jackie Robinson’s telling words: “A life is not important except in the impact it has on other lives.”

During his Brooklyn Dodgers career, Robinson compiled a .311 lifetime batting average. He won Rookie of the Year and Most Valuable Player honors. But his statistics and sports honors don’t begin to capture his enduring significance: Robinson’s breaking Major League Baseball’s color line in 1947 resounds in our country every time another noble warrior redefines what’s possible for future generations.

This week, as we mark the 70th anniversary of Robinson’s majestic triumph, let’s resolve to move our appreciation of Robinson beyond speeches and applause. Let’s honor Robinson, as the Hall of Famer honored his gifts and talents, as he honored the heroes who went before him: Let’s seek to improve the lives of others.

That’s what winners do.