Will Smith’s slap at the Oscars wasn’t protecting anyone, certainly not his wife

Somehow, one of the most adored men in Hollywood positioned himself as a victim

A person can see himself, as Will Smith does, as a “protector” of other people and still be profoundly self-absorbed.

Sunday night, Smith gave a six-minute acceptance speech as he received the Academy Award for best actor in King Richard. Most of it was an attempt to explain, apologize for, and to some degree excuse, his own violence.

“Richard Williams was a fierce defender of his family,” Smith said during his acceptance speech, invoking the tennis patriarch he won the Oscar for portraying. “Making this film, I got to protect Aunjanue Ellis, who is one of the most strongest, most delicate people I’ve ever met. [She played Richard’s wife, Oracene Price.] I got to protect Saniyya [Sidney] and Demi [Singleton], the two actresses that played Venus and Serena.

Earlier in the evening, right before Ahmir “Questlove” Thompson accepted the Oscar for his feature documentary Summer of Soul (…Or, When the Revolution Could Not Be Televised), Smith ascended to the stage of the Dolby Theatre to “protect” his wife, Jada Pinkett Smith, by slapping presenter Chris Rock, live, on television.

Then he stomped back to his seat near the stage. “Keep my wife’s name out your f—ing mouth,” he thundered. Rock had made an ill-advised joke about Pinkett Smith, who lives with alopecia, saying he was looking forward to G.I. Jane 2. Smith responded with his five fingers making their way to Rock’s face.

To some, this was a display of chivalry, and Smith was to be commended. But it took me back to the 2009 MTV Video Music Awards when rapper Kanye West also tried to portray his actions as a form of gallantry in defending a wronged woman. 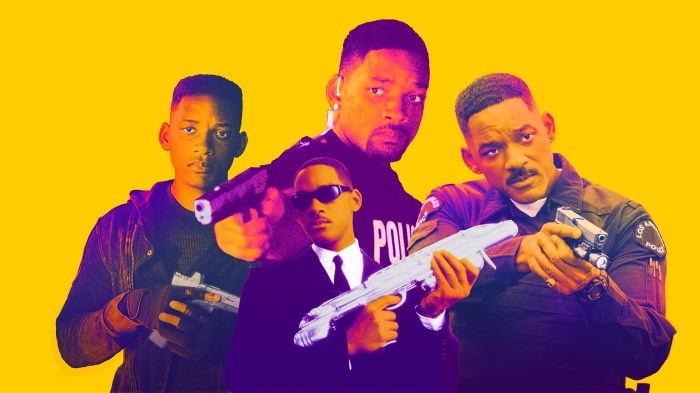 It took years, a presidential pronouncement of jackassery and an oral history of the evening to come to a public consensus about the boneheadedness of West’s actions and how shabby they were. West, in a spontaneous act of inebriated umbrage, was not only unfair to Swift, but also to Beyoncé, who then became responsible for cleaning up the mess that he made.

Which brings us to Sunday night and to Smith making a mess of what was supposed to be his own crowning moment. It’s tempting to speculate that it’s because he’s never forgiven himself for witnessing his father abuse his mother as a child and not being able to defend her. It’s uncomfortable and ethically dubious to drop too far down the pop psychology rabbit hole when evaluating these sorts of happenings.

But we do know a couple of things for sure, and one is that Pinkett Smith has bristled previously at a grand public gesture made by her husband, supposedly in her honor. Here’s a scene from Wesley Lowery’s 2021 GQ profile of Smith:

As Smith’s stardom grew, his wife would wake up many mornings in tears. At one point, she turned down an opportunity for her band to open for Guns N’ Roses so that Smith could continue shooting The Pursuit of Happyness. Things reached a breaking point by Jada’s 40th birthday, in 2011. Will had spent three years planning a private family-and-friends dinner in Santa Fe, where he screened a documentary he’d commissioned that chronicled her life and traced her family’s lineage back to slavery (and in which he tracked down a descendant of the white family who once owned Jada’s ancestors).

When they got back to the hotel suite that night, Jada was nearly silent. “That was the most disgusting display of ego I have ever seen in my life,” Smith recalls his wife telling him.

Smith’s public persona, crafted over decades, has been one built on embracing the role of hero, protector and good cop. Cops, after all, are people we entrust to be violent. We give them billy clubs and guns and stun guns and we tell them to exercise judgment in a country that is steeped in violence.

Cops like to invoke a cliché about their jobs: They see themselves as sheepdogs, protecting unarmed civilians from wolves who would make a meal of them. This is how “good violence” is differentiated from “bad violence.” 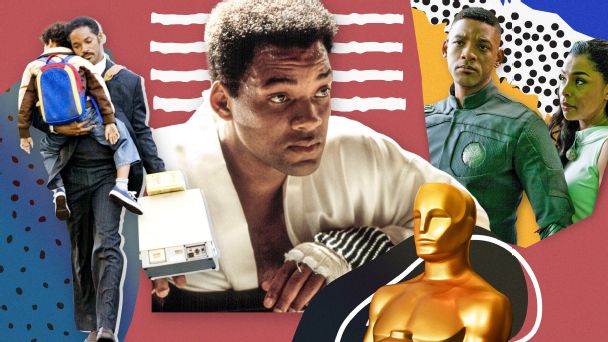 “Love makes you do crazy things” is a phrase that makes the hair stand up on the necks of survivors of harassment and abuse. That’s because it’s often invoked as an explanation for violence that, no matter how well-intentioned, leaves lasting wounds. It is a massive red flag. Violence committed in the name of defending a woman’s honor is rooted in sexism. It’s ugly. It’s coarse, and it does nothing to serve the people in whose name it is committed. Instead of slapping Rock, Smith could have held his umbrage for his acceptance speech. Perhaps it only would have given him more time to fume, but it might have allowed him time to be more reflective, more eloquent and more celebratory of his own wife and family.

Instead, what followed was a display in which Smith positioned himself as a victim, despite the fact that he was a best actor winner and one of the most powerful and adored men in Hollywood. In times like these, it becomes essential to remember the words of writer bell hooks: “When we understand love as the will to nurture our own and another’s spiritual growth, it becomes clear that we cannot claim to love if we are hurtful and abusive,” hooks wrote in her 2000 book All About Love: New Visions. “Love and abuse cannot coexist.”

At the same time, we arrived at this point because Rock, like Dave Chappelle, has largely been able to skate through public life despite decades of public misogyny directed at Black women, including his own ex-wife, Malaak Compton-Rock. These transgressions often got waved away, the trade-off being that both men could be clever and angry about racism in ways we found appealing and profound, and that was enough to give their sexism a pass.

The Academy of Motion Picture Arts and Sciences (AMPAS) is not innocent in all of this. Early Monday morning, it issued a statement via Twitter that “The Academy does not condone violence of any form.” It made me think of a similar statement issued by the Recording Academy regarding West and the upcoming Grammy Awards telecast. The Recording Academy banned West from performing at this year’s Grammy Awards ceremony, citing his “concerning online behavior,” including a spate of online posts in which he has threatened his ex-wife’s boyfriend with violence. 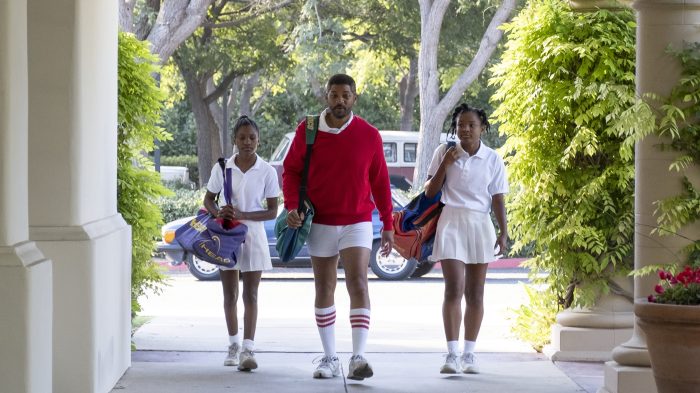 The hypocrisy of these institutions is impossible to ignore. It is glaringly clear that there is violence they treat as acceptable – and that is violence committed out of public view, the kind that gets passed along through whisper networks but is rarely publicly acknowledged or confronted. The violence of producers like Harvey Weinstein and Scott Rudin, of stars like Sean Penn, of directors like Roman Polanski. Because it happens off-camera, AMPAS voters can claim that the truth dwells in the murk of he-said, she-said. This is just as contemptible as Smith’s and West’s on-camera antics, perhaps even more contemptible, because it is indicative of a corruptive rot that has been protecting powerful men and the violence they inflicted, especially upon women, for decades.

Even as Smith won Sunday night, there were at least two people who lost: Thompson, and Pinkett Smith, both of whom were upstaged by one of the country’s most well-liked on-screen “protectors.”