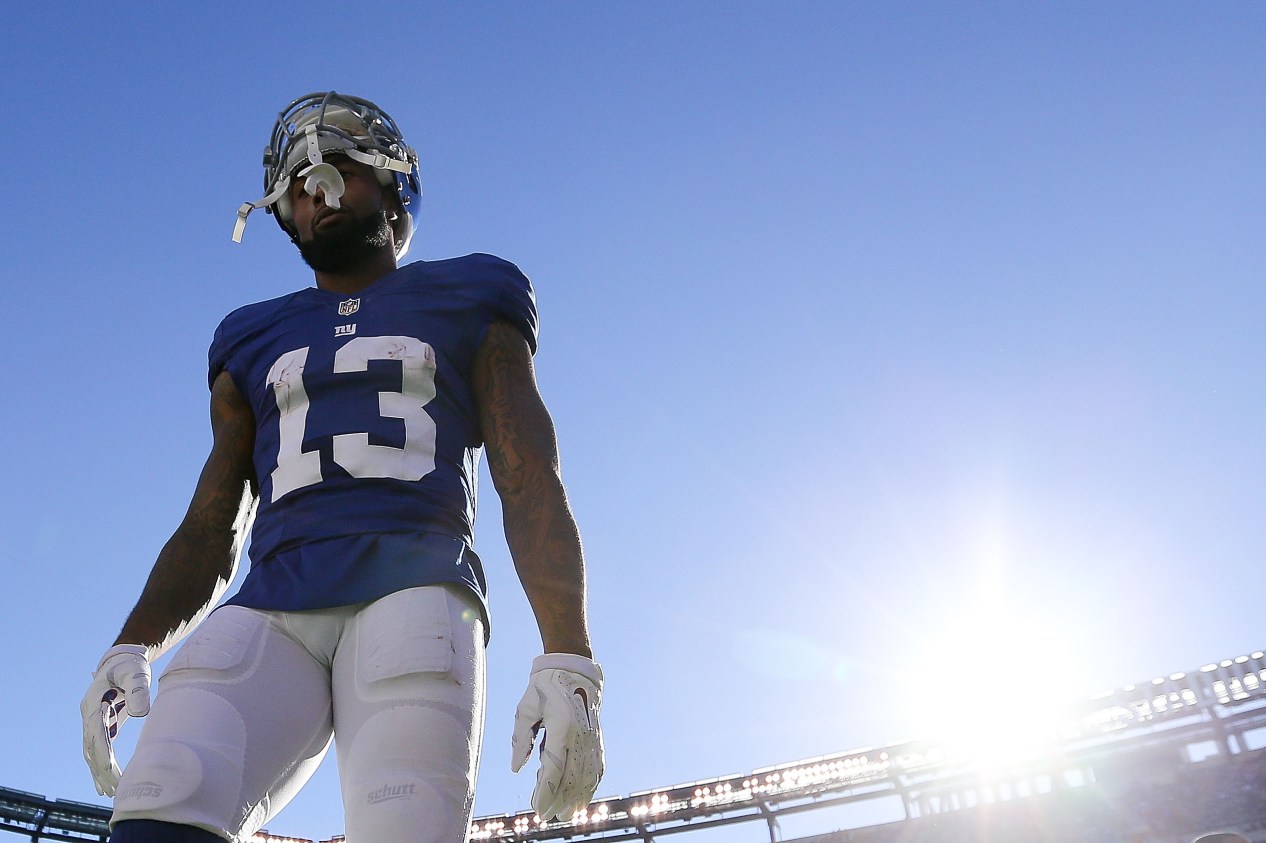 Odell Beckham #13 of the New York Giants walks off the field after being defeated by the Washington Redskins 29-27 at MetLife Stadium on September 25, 2016 in East Rutherford, New Jersey. Michael Reaves/Getty Images
Commentary

Why we secretly love the drama that is Odell Beckham Jr.

The last few days, I’ve seen quite a bit of talk swirling around New York Giants wide receiver Odell Beckham Jr. and his behavior against the Washington Redskins on Sunday. As a proud, yet slightly embarrassed Redskins fan, I was all the way here for Part II of the highly anticipated Josh Norman vs. Beckham matchup. Defending OBJ may not sit right with my folks in the D.C. area, but just hear me out.

As expected, emotions ran high for Beckham, and it definitely showed in his attitude on the sideline. We witnessed a tantrum, tears, then an “I don’t remember.” His behavior showed an enormous opportunity for maturity, so I get it. It wasn’t the most professional approach to exuding his craving for victory.

People have been saying his antics were everything from “immature” to a “distraction” and even questioned his leadership. Although everything I just said may not help me justify my argument, let’s be honest. The superstardom and drama that is OBJ is what we love about the game so much: the entertainment, the heart, the desire to win.

So I have trouble understanding why people are acting like passion hasn’t been a part of sports DNA since its existence. We have seen this over and over again and, quite frankly, the tea wouldn’t be as delicious if we didn’t get to witness the pettiness that resides within athletics. We want this, so why is everyone complaining about it?

Why don’t we remember that athletes and coaches showing their passion for their sport in “distracting” ways is nothing new?

A man lost his composure to the point that he sank his teeth into another man’s flesh. Now that right there is more than passion. I don’t even know what to call that.

And then we have David “Big Papi” Ortiz. He didn’t just break the phone at Camden Yards in Baltimore, he tore it all the way up.

Who could forget David Ortiz’s most destructive hit at Oriole Park? Our visiting dugout phone! pic.twitter.com/mGSTHEOuYE

I’m no tennis guru, but I am pretty sure Mikhail Youzhny wasn’t supposed to do that with his racquet.

Oh, yeah, and we can’t forget coach Bob Knight letting everyone know he was not happy with the referee’s call … with a chair.

I’m sorry Stephen Curry fans, but I had to take you all back to this moment right here. If this doesn’t scream passion, then I don’t know what does.

Then-Arizona Cardinals head coach Dennis Green fervently told us that the Chicago Bears “They are what we thought they were!” Side note: “Thanks, coach” at the end gets me every time.

And who could forget the “Malice at the Palace.” The definition of “turn up” should have a picture from this Indiana Pacers-Detroit Pistons brawl.

So when I hear the OBJ complaints weighted heavily with “immaturity” and “distraction” comments, it makes me wonder if people actually want to see less drama out of these athletes.

As a sports fan, I appreciate passion for the game. Odell, if you want to cry, pout, try to beat up a net or whatever, do what you do. To the rest of you all, take it easy, because deep down we know that the dramatics is what makes sports, sports.

Kayla Johnson is a digital video producer for ESPN.