Can Loretta Lynch prioritize civil rights and still defend the NFL in the Brian Flores lawsuit?

The former U.S. attorney general is risking her reputation as a voice for equal rights and civil rights

“People say all the time, ‘When are you going to stop the Rooney Rule?’ In my lifetime we may never stop it. These people are playing a game all the time; these guys are sitting, plotting, figuring out how they can circumvent all the time. What we have made the NFL understand is that even though the owners voted 32-0 for diversity and the Rooney Rule, they will try to circumvent it as quickly as they can.”

Brian Flores has a job.

Loretta Lynch said yes when she should have said no.

These are the conflicting realities coming out of a week that underlines the trench warfare between the NFL and forces trying to make the league do the right thing when it comes to Black people.

Fifteen days later, the NFL stunned back when it hired the firm of Paul, Weiss, Rifkind, Wharton & Garrison to defend against Flores’ lawsuit. The stunning part is that the NFL and the firm agreed that Lynch, the former U.S. attorney general, the first Black woman to hold that position, will help defend NFL owners. 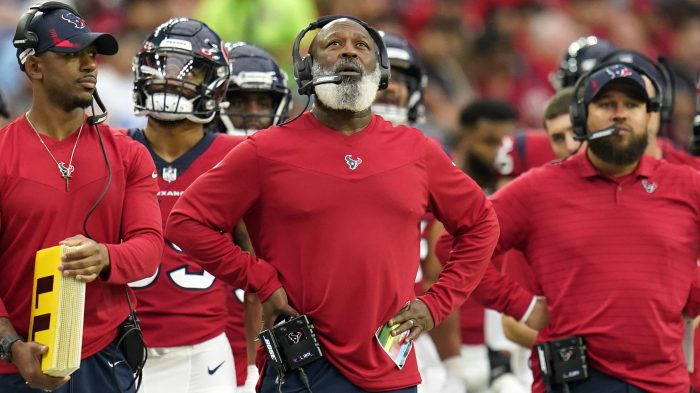 I don’t know the mechanics of big-time law firms, but Lynch should have just said no. Not because she’s Black, but because her previous statements and positions about civil rights seem to be compromised by defending NFL owners against the historic racial discrimination suit. Lynch often spoke about upholding civil rights legislation when she was President Barack Obama’s attorney general.

Lynch is deeply rooted in civil rights justice. In 2016, not long after her appointment by Obama, Lynch announced a complaint against the state of North Carolina to stop discrimination against transgender individuals. During her news conference, Lynch made the compelling point to reporters that the complaint went beyond restrooms.

“This is about the dignity and respect we accord our fellow citizens and the laws that we, as a people and as a country, have enacted to protect them — indeed, to protect all of us,” Lynch said. “And it’s about the founding ideals that have led this country — haltingly but inexorably — in the direction of fairness, inclusion and equality for all Americans.”

She added: “This is not the first time that we have seen discriminatory responses to historic moments of progress for our nation. We saw it in the Jim Crow laws that followed the Emancipation Proclamation. We saw it in fierce and widespread resistance to Brown v. Board of Education. And we saw it in the proliferation of state bans on same-sex unions intended to stifle any hope that gay and lesbian Americans might one day be afforded the right to marry.”

Yet, six years later, as a partner in a law firm, Lynch is defending NFL owners against a lawsuit by Flores alleging that the league has systematically circumvented fairness and inclusion when it comes to Black head-coaching candidates.

The optics are terrible: a historically prominent Black woman attorney defending NFL owners against a racial discrimination lawsuit by a former Black head coach. Beyond that, the appointment shows that a league under fire for consistently failing to hire Black coaches and executives can hire Black people when it suits their interests. Lynch suits the league’s interests, although it’s fairly common for corporations to have Black attorneys represent corporate clients in racial discrimination cases.

In a Los Angeles Times interview, Stephen Gillers, at the time a professor of legal ethics at the New York University Law School, said that corporate attorneys “have a choice about the clients they serve. It is entirely appropriate for a lawyer to say I can’t represent you because I dislike your objectives.”

My question for Lynch is at what point do personal ethics and integrity trump billings? Can Lynch represent the NFL and even win the case against Flores and emerge with her reputation intact? On the other hand, precisely because of Lynch’s civil rights sensibilities, it’s possible that she might be able to help both sides. She might actually help broker an outcome that helps Flores but also allows the NFL to get out of a long-standing racial quagmire by establishing fair and honest hiring guidelines.

The great news is that the Pittsburgh Steelers, presumably nudged by head coach Mike Tomlin, stepped up on Feb. 19 and hired Flores as the Steelers’ defensive assistant and linebackers coach.

This was a perfect confluence of fulfilling a need and acting justly. The Steelers defense was horrible last season. It ranked 24th overall, while Flores’ Dolphins ranked 15th.

In a statement, Tomlin said: “I am excited about Brian Flores joining our coaching staff given his history of developing and teaching defensive players during his time in the NFL. Brian’s résumé speaks for itself, and I look forward to him adding his expertise to help our team.”

Flores is regarded as one of the NFL’s best young defensive minds and the Steelers need help. But having a need didn’t stop NFL owners from blackballing quarterback Colin Kaepernick beginning in 2016 after he began kneeling during the national anthem to protest police brutality and economic injustice.

Many of us predicted that Flores might suffer the same fate, but the Steelers intervened. You can make the case that the Steelers had no choice.

The Rooney Rule, established in 2003, is named after Steelers owner Dan Rooney. The rule requires teams to interview people of color for vacancies in top coaching and managerial ranks. Rooney supported the rule and became its namesake. Tomlin was one of the rule’s first beneficiaries.

The Steelers were all set to hire another candidate in 2007 when John Wooten and others in the Fritz Pollard Alliance suggested that the team cast a wider net and interview Tomlin. Team executives were floored, and Tomlin was hired. 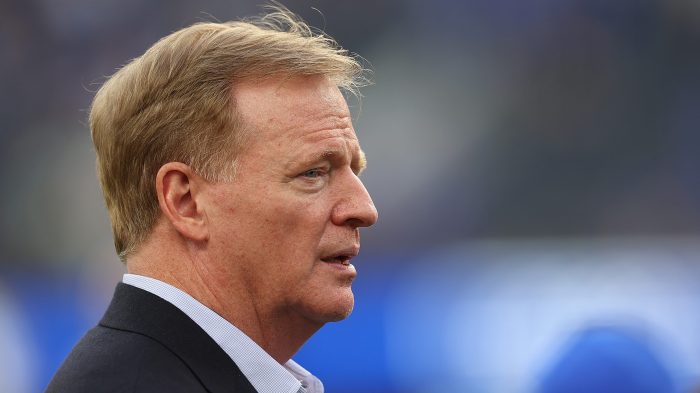 Last week, Wooten told me he sent a private email to 18 NFL coaches and executives, making a case for Flores to be hired.

Under the subject Reaching Out To Do What Is Right, Wooten wrote:

“To every one of you I am sending you this email because I believe what happened to Coach Brian Flores is not reason to have his football coaching career terminated in the NFL. I know you may have your coaching staff intact, but I know there’s always room for one more good football mind on any staff. We are asking Coach Flores join your staff. Position: Senior Defense Assist/Executive

“Thus, my reason for this email — hopefully you will agree with me.
Thank you. Our best. Continue to make the NFL a great place to play and work.
May God continue to bless the United States of America.

Wooten said at least two other teams were willing to give Flores a job.

Being hired by the Steelers does not weaken Flores’ case, which attacks systemic racism in hiring and retention.

Wooten and I have different views of the Rooney Rule. I believe that the rule has outlived its usefulness and now simply gives NFL owners cover to abuse it. Wooten believes that the rule simply needs more teeth, a view expressed last week by NFL Players Association executive director DeMaurice Smith, who asked during a news conference: “How important is a rule that has no consequences?”

Wooten argues that the rule should stay but agrees that the rule needs to be enforced more vigorously. “This is the best rule that we’ve ever had,” he said earlier this week. “It has worked, even this past cycle it worked, except at the head coach position. We know and understand why it didn’t work. It didn’t work because of accountability that the league did to itself.”

Whether the rule stays or goes, the court case will be fascinating, especially with a Black woman leading the charge on behalf of NFL owners.

I’m certain that Lynch understands how deeply racism is entrenched in the pores of this country. It’s equally as entrenched in the NFL. The 85-year-old Wooten could testify that the resistance to Black advancement on the part of NFL owners has been nurtured over decades.

Wooten recalled a conversation he had years ago with the great Marion Motley when Wooten first joined the Browns, coached by Paul Brown.

Motley worked with Wooten and other linemen. “I asked him, I said, ‘Well, man, why aren’t you coaching, man?’ You know what he told me? He went to Paul Brown and asked him for a job. And Paul Brown told him, ‘I’ll try to get you a job in steel mills.’ ”

And Brown was one of the more liberal coaches. He just believed that Black players had their place. “The head coach of an NFL team is the CEO of that organization,” Wooten said. “It was OK for you to go out there and block and catch the ball and all that. But now you’re calling the plays. So, the quarterback and the head coach are still the face of the franchise. They don’t want to give that up.”

This mentality persists in the NFL: Black people can lift that bale and tote that barge, but they cannot consistently be elevated to positions of leadership. That’s why Flores called the NFL a plantation. That’s why he filed the lawsuit and is willing to risk his career.

Lynch understands risks. When Obama introduced her as attorney general, he told the story of how, as a girl growing up in North Carolina, “Loretta rode on her father’s shoulders to his church, where students would meet to organize anti-segregation boycotts. She was inspired by stories about her grandfather, a sharecropper in the 1930s, who helped folks in his community who got in trouble with the law and had no recourse under the Jim Crow system.”

Years later, now as a successful corporate attorney, Lynch is defending a league and a group of owners who want to uphold a modified version of that system.

She seems to have buried her civil rights roots.