Who are the current Snap champs?

Quite possibly the 12 most watchable Snapchats in baseball, basketball and football — this month

Snapchat isn’t just about selfies and pictures of your lunch — especially now that you can share clips and photos captured outside the app. Ballers from all corners of the sports world use the Snap to give fans revealing peeks into their lives — from the hilarious to the serious. While of course not every sports star or league is on the app (yet!), the ones who are have the ability to adeptly translate their dynamic personalities to Snap gold. Here are some Snapchat accounts in sports you should follow right … now.

Denver Broncos linebacker Miller has one of the best and most frequently updated Snapchats in the NFL. Aside from his thirst-inducing handle, Miller’s Snap is a touchdown when it comes to the amount of ridiculous selfies and gratuitous shirtless shots (abs!) Here’s hoping Miller’s account is as good as Denver — and his new contract — in the coming season.

Just because the NFL is in pre-preseason mode doesn’t mean players are moping around — just look at Houston Texans defensive end J.J. Watt’s summer life. The 6-foot-5-inch Watt keeps himself busy whether he’s hitting the gym or on a recent beach vacation and, luckily for us, snaps it all in the process. Though Hall of Famer Michael Irving is not feeling him right now, from the looks of a recent 48-ounce steak he recently posted, he’s been eating well too.

Arizona Cardinals linebacker Chandler Jones has been spending his off-season Snapchatting away. Jones routinely chronicles his adventures, including a recent trip to a golf range — he has a great swing. Jones recently posted a Throwback Thursday shot of his old New England Patriots jersey.

As the New York Mets deal with dwindling hopes of making the World Series, their Snapchat is on top of all the action. With game day reminders and exclusive looks at Citi Field secrets and beyond, the team’s Snapchat does its part to elevate the 54 year-old franchise into the 21st century. Recently, it documented a trip to Walter Reed Army Medical Center to visit wounded veterans — the group included pitcher Logan Verrett and infielder Matt Reynolds. Now that’s amazin’.

Tampa Bay Rays’ Chris Archer has one of the best Snapchats in baseball — he even took over the MLB Snap in February. However, just because he’s becoming a Major League Baseball great doesn’t mean Archer has lost his sense of humor. Case in point, don’t fall asleep around Archer on the team plane, or you might end up like Rays pitcher Blake Snell: snoozing on Snapchat for all to see. 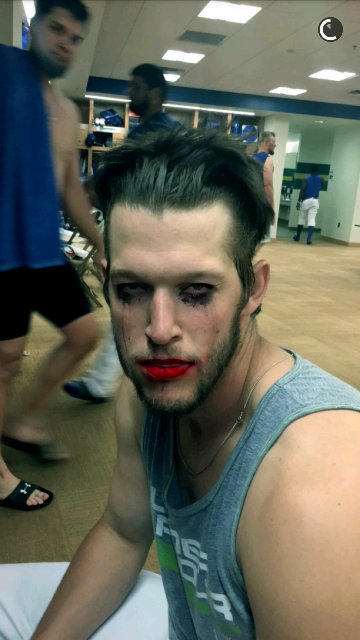 Whether behind the scenes at spring training, or via selfie from the dugout, one of the best leagues on the application has to be the MLB. During spring training, a variety of teams and players goofed around on the app — including Los Angeles Dodgers ace Clayton Kershaw fooling around with filters and comprehensive coverage of the All-Star Week on the ground in San Diego. Batter up!

For your best look at WNBA action, look no further than their league Snapchat, which is chock-full of inside peeks into its inner workings. One of their best recent Snap stories had to be the bevy of shots from a recent visit to Washington, D.C., to meet with President Barack Obama himself. Can you say White House Selfie!?

Even though his Miami Heat weren’t a real factor this year, Chris Bosh (who was sidelined for much of it, but remains the roster for next season) is having fun this summer. Chronicling one adventure after another, Bosh’s Snap is a VIP pass into his private world. Look no further than snaps of a recent jam session with R&B star Miguel, or Bosh dressed like Captain America for Halloween, for proof that Bosh seems to have the same amount of fun off the court as he does on it.

Speaking of James, you can’t do better than following his BFF, the Chicago Bulls’ Dwyane Wade. He joined last year, posts cute and sexy clips of him and his wife, Gabrielle Union, and he, LeBron, and Chris Paul recently went on a Snap spree, documenting a vacation that included yachting around Mallorca, Spain. Of course Wade ventures out on his own as well, including thanking his Miami fans after the news of his agreement to play for the Bulls broke, and posting away while attending at a Paris Lanvin show (New York Giants’ Victor Cruz and Nick Young were there as well).

Richard Jefferson — hot off of signing a fresh two-year deal with the Cleveland Cavs — has been giving fans an incredible inside look into the team’s championship season. Jefferson’s wry sense of humor is always on display, which memorably includes the small-forward goofing around with a picture from Kevin Love’s Banana Republic campaign, or showing the world that LeBron James really, really drives a Kia. 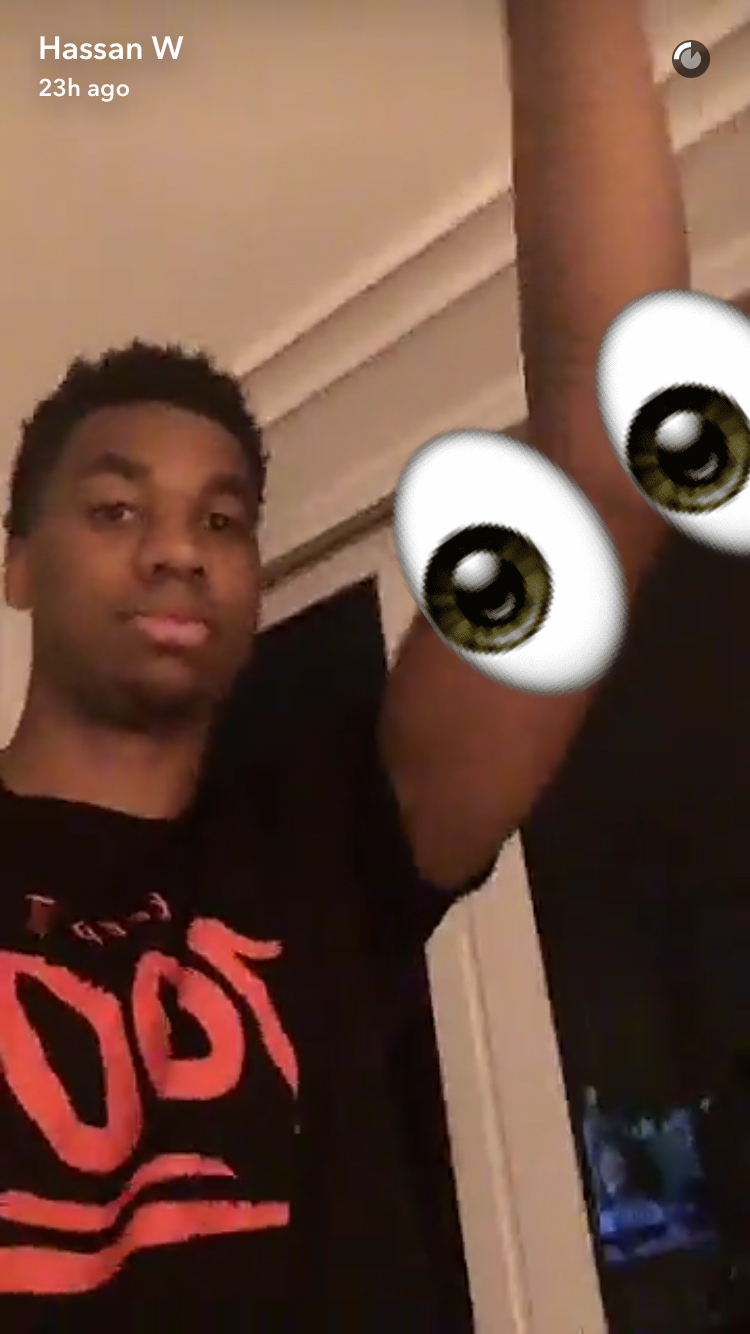 One of the funniest athletes on Snapchat is 7-footer Hassan Whiteside. The Miami Heat center, who recently signed a fresh four-year contract for a $98 million, has a goofy sense of humor that he demonstrates consistently. Two of his greatest snaps? Taking fans on a quest to find Krispy Kreme doughnuts and a recent video where he talked to a group of bison. (Yes, you read that correctly.)

Rob LeDonne is a comedy writer and freelance journalist. He's written material for the likes of Rolling Stone, Billboard, Jimmy Fallon, and MTV.