When will HBCUs get out of the NCAA tournament cellar?

Historically Black colleges and universities (HBCUs) seem to have a recurring experience when it comes to the NCAA tournament. Selection Sunday isn’t filled with much intrigue for HBCUs, as their seeds have become predictable spots that leave some wondering if the process is fair.

Since the addition of the men’s NCAA play-in games in 2011, at least one HBCU has been in the First Four each year. This is the first year of the women’s tournament being expanded to 68 teams. HBCUs haven’t received a seeding higher than 14 since the Hampton women’s team earned a 12 seed eight years ago.

This year, Jackson State’s women’s team was given a No. 14 seed and will play No. 3 seed LSU in the first round. Jackson State is one of four HBCUs in the tournament this year. On the men’s side, 16-seeded Texas Southern, the Southwestern Athletic Conference (SWAC) champion, earned a play-in berth, facing No. 16 seed Texas A&M-Corpus Christi in the First Four. No. 16 Norfolk State ( 24-6, 12-2 MEAC), the Mid-Eastern Athletic Conference (MEAC) champion, will play defending national champion and No. 1 seed Baylor in the first round of the other men’s game. For the women, Howard University, the MEAC champion, earned a spot in the First Four, playing No. 16 seed Incarnate Word.

The low seeding and First Four berths have led to questions about whether there is respect for HBCUs and how can they climb out of the inevitable low-seed cellar.

“I think that our leagues are underappreciated,” said Tim Smith, Alcorn State assistant athletic director for internal operations. “Our brand of basketball isn’t really appreciated and I think that leads to a false sense of seeding for our teams. Several of our teams in the league have beaten five major teams [historically]. I think that giving us the opportunity to get seeded higher gives us an opportunity to compete at a higher level against teams that we’ve shown that we can beat in our league.”

The 68 teams and their seeds are determined by the NCAA selection committee, a group of 12 commissioners and athletic directors from all over the country, including SWAC commissioner Charles McClelland on the men’s committee. The women’s committee does not have an HBCU representative in its 12-person group.

McClelland spent the past week in Indianapolis with other members, organizing the men’s tournament bracket. Jackson State athletic director Ashley Robinson said he believes McClelland uses his position to speak up for HBCUs.

“Commissioner Charles McClelland is doing a really, really good job taking this conference to another level,” Robinson said. “You’ve seen a lot of changes in [the SWAC] since he’s been commissioner. He’s on the men’s selection committee. He’s definitely been a big voice for us and he’s definitely speaking for our teams.”

Yet, coaches would like to see some of that support play out with better seeding. Norfolk State finished the regular season on a three-game win streak, including victories over the MEAC tournament’s No. 2 seed Howard and No. 3 seed North Carolina Central, before a convincing 72-57 win over Coppin State in the MEAC championship game.

“I don’t think we should be playing Baylor, to be honest with you,” Norfolk State’s Robert Jones, the MEAC Coach of the Year, told The Virginian-Pilot. “I don’t understand what more we’ve got to do to get higher than a 16 seed. If you’re going to put us as a 16, you might as well just put us in the First Four. At least you can make the experience longer and better, which we plan to do.”

Jackson State women’s coach Tomekia Reed said her team is in the pack and believes it has a good opportunity to make some noise. Last year, the Lady Tigers were No. 15 but were ousted 101-52 in the first round by No. 2 Baylor, then led by head coach Kim Mulkey, a three-time national champion who is now at LSU.

Jackson State ( 23-6, 18-0 SWAC) owns the longest win streak in the country at 21 games, and fellow coaches in the SWAC said the team could have received a higher seed.

“Jackson is definitely deserving of a higher seed,” said Texas Southern women’s head coach Cynthia Cooper-Dyke. “They have a very talented group of young women. I think that they’ve showcased that they can really compete with anyone. It’s unfortunate that [HBCUs] always get that last seed or someplace near the bottom. I think if some of the committee could come to some of the games and see how hard we play and how hard we work. I think that might sway them to bump us up a couple numbers.” 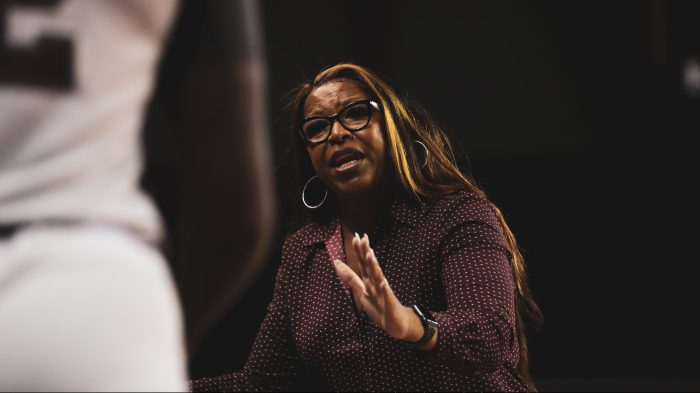 Similar to Jackson State, the Howard ( 20-9, 11-3 MEAC) women’s team won its conference tournament and will compete in the First Four on Wednesday. The winner of that game will face No. 1 seed South Carolina ( 29-2, 15-1 SEC) on Friday at Colonial Life Arena in Columbia, South Carolina.

Texas Southern president Lesia L. Crumpton-Young proudly watched her men’s team defeat Alcorn State in the SWAC tournament final this past weekend, which gave the Tigers an automatic bid to the Big Dance. However, as a No. 16 seed, she believed they weren’t rewarded for their hard work this season.

“I really think we ought to rethink how we do that. We need to learn how to reward hard work, and not just reward some of our historical practices,” Crumpton-Young said. “Sometimes we just have to change the way we do things and I’m hoping that the leadership and NCAA will begin to think about how they need to introduce innovation [and] transformation to the tournament.”

Robinson has watched the culture and talent level at HBCU athletics change during his tenure. For Robinson, more athletic support from the administration and the transfer portal has brought high-level talent to HBCUs.

“I think the landscape has changed. I think you started to see better coaches, better players, and HBCUs and programs and universities doing a better job supporting athletics,” Robinson said. “So I think you start seeing us at 12 and 13 seeds. You saw a movement the last two to three years at HBCUs and it shows where we are seeing this big recruiting, coaching, [and] adjustments. Our conference definitely took it to a whole new level. So you will see the change.”

After all of the debate about seedings, the teams still have to play the game. Texas Southern has been here before. This is its third time in a play-in game. The Tigers won the two previous appearances, including last season when they beat Mount St. Mary’s before falling to No. 1 seed Michigan in the next round.

“We got to go out there and win regardless,” said Texas Southern guard PJ Henry. “So either way, we will be ready to play.”

“He’s got the right mindset,” said Texas Southern coach Johnny Jones. “We certainly would like to be in the mainframe. We think that we’ve played that way and put ourselves in a unique position, but at the end of the day, we go to work, prepare and get ready for whoever’s there. We know that we’ve done the work to put ourselves in the field. Now we’ve got to make sure that we lock in to whatever opponent it is, so we can continue to play and advance.”