Simons, 23, is emerging as a standout guard for Portland in part because of Lillard’s tutelage

As Portland Trail Blazers head coach Chauncey Billups yelled that he was going to call a timeout late in a close season opener against the Sacramento Kings, Anfernee Simons made the mistake of dribbling up the left side of the court instead of the middle. As the timeout started, longtime Blazers point guard Damian Lillard went over to his always-attentive pupil to calmly offer another valuable teaching moment.

“We were calling a timeout and I was confused,” Simons said to Andscape after the 115-108 victory in Sacramento on Oct. 19. “I was supposed to dribble up the middle when we called timeout so we could choose the side we wanted to take the ball out on rather than only getting to choose one side. But it was a learning experience at that time.

“I didn’t understand what I needed to do at that time. So, Dame kind of corrected me and explained it to me because I was kind of lost.”

With Lillard by his side, the now rising star Simons looks far from lost most of the time, as he has learned the nuances of basketball quicker than most young guards. Simons put the NBA on notice by scoring 29 points, including 22 points and six 3-pointers in the third quarter of a 135-110 win over the Denver Nuggets on Monday. 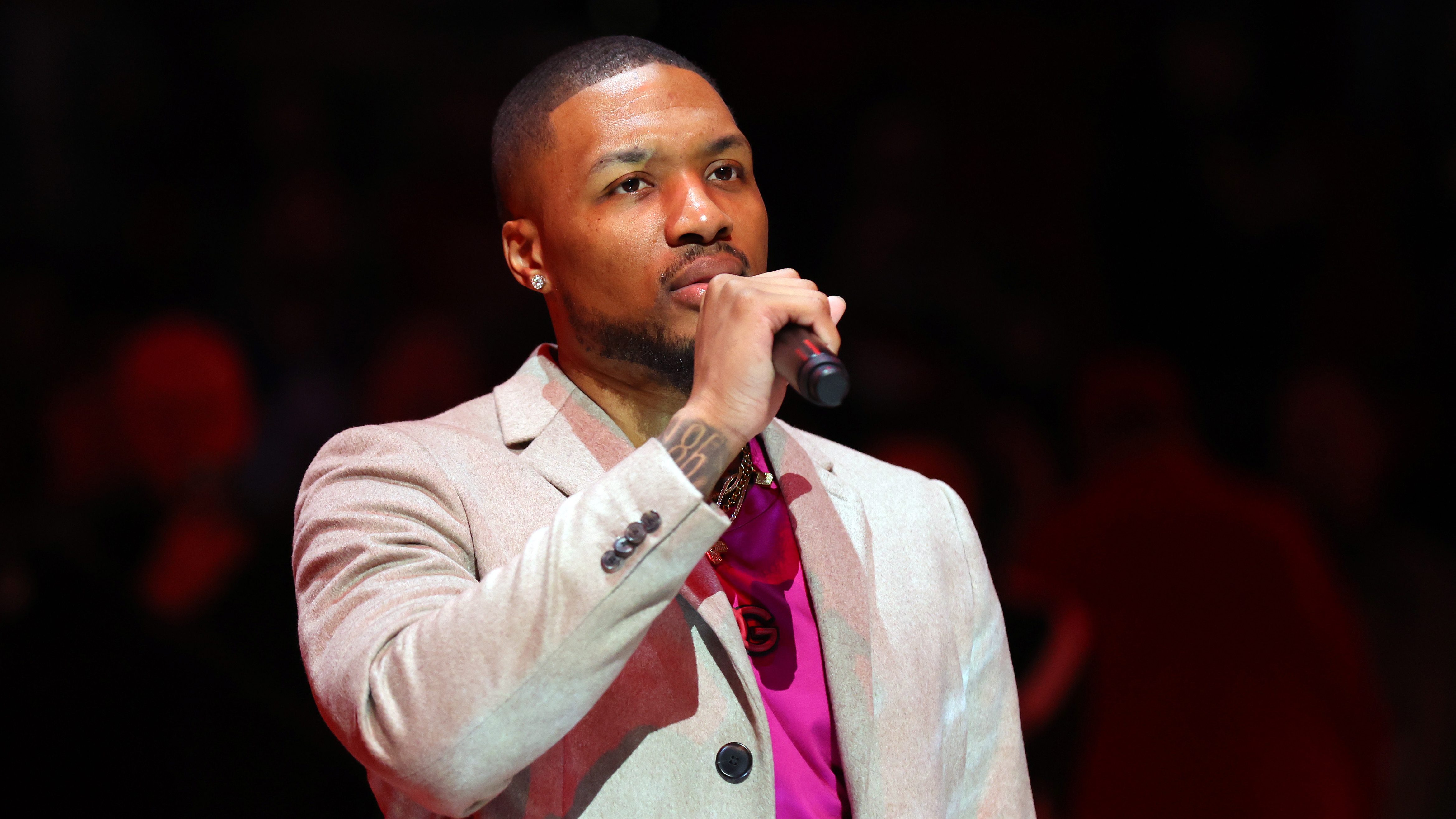 Four years ago, Simons was drafted by the Blazers with the 24th overall pick in the 2018 NBA draft. But since his arrival, Simons primarily has played behind veteran guard CJ McCollum. On April 10, 2019, a rookie Simons took advantage of his moment in his first start, scoring 37 points against the Kings in the regular-season finale while the Blazers rested Lillard and McCollum. It wasn’t until McCollum was traded to the New Orleans Pelicans on Feb. 8 that the opportunity truly knocked for Simons.

Simons had heard all of the McCollum trade rumors, but he didn’t really believe it would happen.

Six-time All-Star Lillard said it was important for Simons to be his “own player” and not try to be McCollum. Even so, Lillard also believes there are some skills from his time playing with McCollum that Simons should use to his benefit. Simons averaged 21.4 points, 2.5 rebounds and 4.9 assists in 23 games without McCollum last season for Portland, according to StatMuse.

“It’ll be a different dynamic, but I think one thing that he will need to take from CJ is that when we are out there, he has got to go get it the same way I’m going to go get it,” Lillard told Andscape. “He can’t be worried about stepping on my toes or, ‘Am I being too aggressive?’ And he has to go get it because that’s going to offset things as far as how teams deal with me. I’m going to get a lot of attention, but the more honest he can keep them and the more assertive and aggressive he is, it just makes my life that much easier.”

“He’s always listening, always asking questions. He’s figured out the part where that’s what makes you confident: Always being willing to listen. Being coached, working hard. And that’s why he is coming home so fast.” — Damian Lillard

The Blazers showed their faith in Simons for the future by signing him to a four-year contract extension paying roughly $100 million. He doesn’t take the contract lightly, as he is “carrying a responsibility” to grow and get better daily.

“I have to go out there and be able to perform at the highest level against the best players, and I kind of proved that [I can do that] at the end of the year,” Simons said. “They showed a lot of commitment to me with the new deal. I’m just carrying it on my back, not overthinking it, just focusing on myself, getting better and focusing on the team and winning.”

Lillard has made it a point since Simons’ arrival to offer words of wisdom on the mental side of the game. Lillard described Simons as an observant, fast learner who looks you in the eye when you speak to him. Lillard added that Simons only asks a question when he needs more explanation and does not question what he says. Simons said he’s received advice on how to deal with family issues off the court from Lillard.

Lillard noticed last season that Simons was implementing his advice in games.

“He would be like, ‘Oh, now I see why you haven’t tried the screen higher,’ ” Lillard said of Simons. “ ‘Oh, I see why you are looking [the defender] off more.’ He started being able to see and understand things on a different level. There are a lot of guys that play a lot of minutes, but it can take years [to learn the game]. Sometimes they never just think of what’s going on. They just play because they’re just naturally that good.

“And what speaks the most to his progression is he’s smart, he’s observing, he pays attention and he’s humble. He’s always listening, always asking questions. He’s figured out the part where that’s what makes you confident: Always being willing to listen. Being coached, working hard. And that’s why he is coming home so fast.” 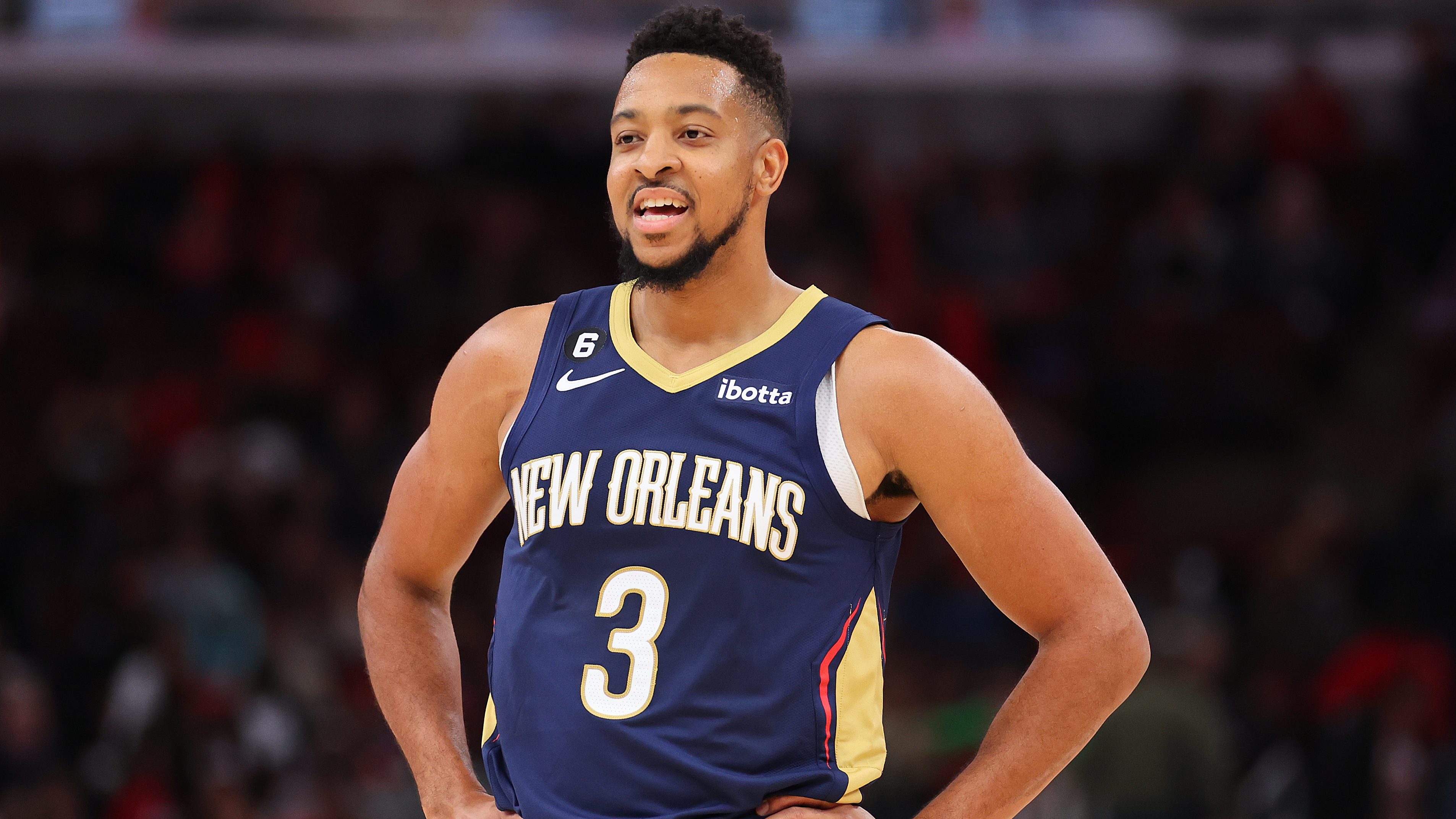 CJ McCollum diary: ‘If you’re not excited about the Pelicans, you will be after you watch us play’Read now

Lillard, however, says he is timely about when he offers wisdom and makes it a point “not to be in people’s face every second.” An up-and-coming young star could easily have an ego and tune out an older player. But the 23-year-old Simons learned years ago from his parents the importance of listening to those who have gone before you.

“It really comes just from the respect I have for my parents,” Simons said. “I’ve never been a person to say, ‘I’m listening to you, but I want to experience it first.’ If my parents are telling me something, they’ve been through it. So, I’m going to listen and do exactly what they tell me to do. I’ve carried that in my life with me. I listen to my mom and my dad.

“And why wouldn’t I do everything he says? It’s Damian Lillard. Everything I’m going through, he’s been through and then some. So, whatever he’s telling me is valuable information. And I can tell from the beginning that he was really invested in me. I was dialed in on whatever he can say, because I’m trying to get to where he’s getting to. I’m striving for that. I’m going to do everything he says and take it seriously.”

Lillard believes it is his duty to give his new backcourt mate his basketball knowledge because of the veterans who helped him as a young member of the Blazers.

Lillard arrived at Portland as the sixth overall pick in the 2012 NBA draft. Veteran point guards Earl Watson and Mo Williams took him under their wing to help him “speed up the learning curve.” Lillard listened intently to every word, watched a lot of film with them and answered a lot of challenging in-game scenario questions they posed. Watson, the former Phoenix Suns head coach, is now a Toronto Raptors assistant coach, and Williams is Jackson State University’s men’s basketball coach.

Lillard described the mentoring from Watson and Williams as “superimportant” to his development.

“I came in as a rookie and had an impact on the team,” Lillard said. “I made everybody believe, even the organization and my teammates. And they came along and made me take it a step further. Had they not? I got heart. I’m competitive. I work hard and I eventually would have figured it out because I was seeing things and learning my rookie year as it went on. But it would have been a little bit slower.

“They came and were like, ‘Why are you trying so hard [against pick-and-roll defense]? If you know that they going to be up in the pick-and-roll, take the trap. If they’re jumping out, come out and go hard off the first one to see if you can turn the corner. If you can’t, accept it. If you jump out early, know that if you come off of it hard the first time and he works hard to cut you off, next time, come off with it like you’re going to do it and then split it. Sometimes it looks like you don’t come off of it. Look this way with your eyes and encounter it. Got to use your eyes.’ It was just a lot of stuff that they were just on me about as a second-year player that it just sped up that process.”

Lillard scored a game-high 41 points as the Blazers defeated the Suns 113-111 in overtime Oct. 21. Meanwhile, Simons overcame a tough shooting night to nail a game-winning hook shot in overtime. Lillard was the first Blazer to congratulate him with a chest bump.

Game-winning shots are typically left for “Dame Time,” but Lillard was proud to see the aspiring NBA All-Star have the confidence to take the biggest shot of the night.

On Monday, Simons sparked the Blazers by scoring 22 points on 8-of-8 shooting in the third quarter in the win against the Nuggets. Simons, Lillard, and the Blazers improved to their first 4-0 start since 1999.

“In the past, I would’ve probably taken a step back,” Simons said. “But Dame has been preaching to me to ‘be yourself and go for it. Don’t be shy. You’re good, you’ve shown that you can play at a high level. Go out there and be you.’ ”

Lillard is proud to see Simons’ aggressiveness and improvement but has one condition in all his teaching.

Lillard has told Simons he must pay it forward.

“I’ve told him that multiple times,” Lillard said. “ ‘Everything that I’ve learned and picked up, I’m going to tell you, and I’m going to pass it on to you and it’s your job to do it for the next person.’ ”