How ‘Death of a Salesman’ helped Wendell Pierce become fearless

If you ask Wendell Pierce to define who he is, the answer is measured, thoughtful, and takes into account all he has learned through the years.

“Wendell Pierce is a Black man who grew up in New Orleans, Louisiana, with parents who stressed education — understanding that your first wealth is health, and soon thereafter is education,” the actor, who recently became the first Black man to play the lead in Arthur Miller’s Death of a Salesman on Broadway, told Andscape.

His parents, Pierce recalled, gave him a sense of being able to go out into the world and do anything he wanted to do in life. Early on, he realized that thing was acting. He was so focused on his craft and his studies that even the usual childhood bullying and ribbing didn’t faze him. 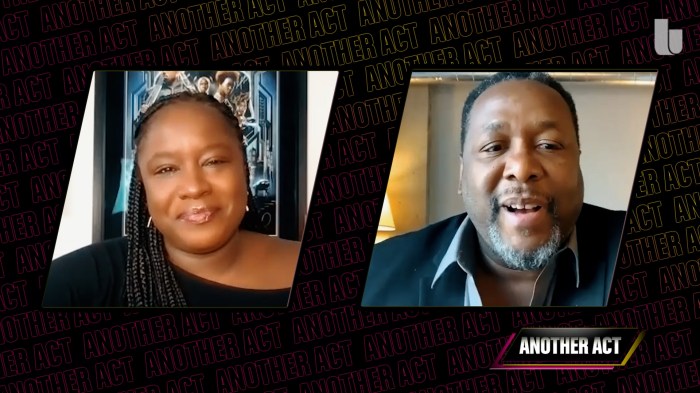 ‘Another Act’: Wendell Pierce talks about his body of work and his staying powerRead now

“He was kind of apologizing for teasing me,” he continued. “I said, ‘Wynton, I didn’t even notice it. I wasn’t even aware of it because I was so focused, your opinion didn’t even matter, mine did. And how I thought of myself and what I wanted to do, that mattered.’

“That’s who Wendell Pierce is. Exercising my right of self-determination, and not at the expense of any sort of dream,” he said.

After graduating from the New Orleans Center for Creative arts in 1981, Pierce headed to New York to study drama at The Juilliard School. During his three decades in the business, Pierce has played numerous memorable roles, including Detective Bunk Moreland on HBO’s The Wire; Antoine Batiste in the HBO series Treme; minister and civil rights leader Hosea Williams in Selma; and brash Black Republican Wendell in director Spike Lee’s Get on the Bus. Besides his current Broadway run, Pierce stars as CIA officer James Greer in Tom Clancy’s Jack Ryan on Prime Video.

Even with so much experience under his belt, he said, playing Willy Loman in Death of a Salesman is one of the most challenging roles he’s taken on.

“It’s a great honor, and it’s very humbling,” Pierce said. “It’s a welcome challenge, because it’s forcing me to use everything that I’ve accumulated — the understanding of my craft — over these 40 years.”

Pierce said the role is a high water mark in his career and described taking the stage each night as “climbing Mount Everest.”

“At the beginning of the evening, you’re looking at the mountain, and you’re at base camp, and you know by the end of the evening you have to summit, so there’s anxiety there, but it’s a good anxiety as you take that first step out in the light,” he said.

The experience has been so important to Pierce that it’s given him confidence to try things he’s avoided over the years.

“I’ve built a body of work that I love that has led me to this moment,” he said. “This moment also, while it was very fearful and anxiety-ridden, it’s given me courage. And courage is not acting in the absence of fear but in the face of fear. I still have fear, but now I have courage, so that will enable me to go out and do some of the major roles I have avoided — some subconsciously and others because of lack of opportunity.”

Those roles include Shakespeare’s Richard III and King Lear, and Walter Lee Younger from A Raisin in the Sun, which Pierce said he may be a little “long in the tooth” to portray. But he said Denzel Washington played the role in 2014 when he was long in the tooth, so maybe it’s OK.

Death of a Salesman tells the story of Loman, a middle-aged man looking back on his life and realizing his regrets. Pierce described the play as “a classic” that “speaks to all of us no matter who we are, no matter how disparate we are from each other.”

Pierce said performing the play with a Black cast “heightens all of the themes and lessons and poetry and the experiences that were already in the play.”

“To have it come from the mouths of the men and women who disproportionately have been shut out from that American dream, have been denied that dream, who understand it being a dream deferred — they are the best to give voice to the pain and to that heartsong of grief and humiliation and fear and trepidation,” he said.

Pierce also said the role of Willy Loman made him reflect on his own life and regrets, but said the ultimate lesson is to not “let it destroy you.”

“I’ve been pursuing a career and have been so focused on my career at the expense of relationships and building a family and all,” he said. “That’s the lesson I’ve learned from doing the play Death of a Salesman. I can still do something about it. I hope to in a few years look back and say, ‘Ah, I have a family now.’ ”

Death of a Salesman runs on Broadway through Jan. 15, 2023. Tom Clancy’s Jack Ryan returns to Prime Video on Dec. 21.