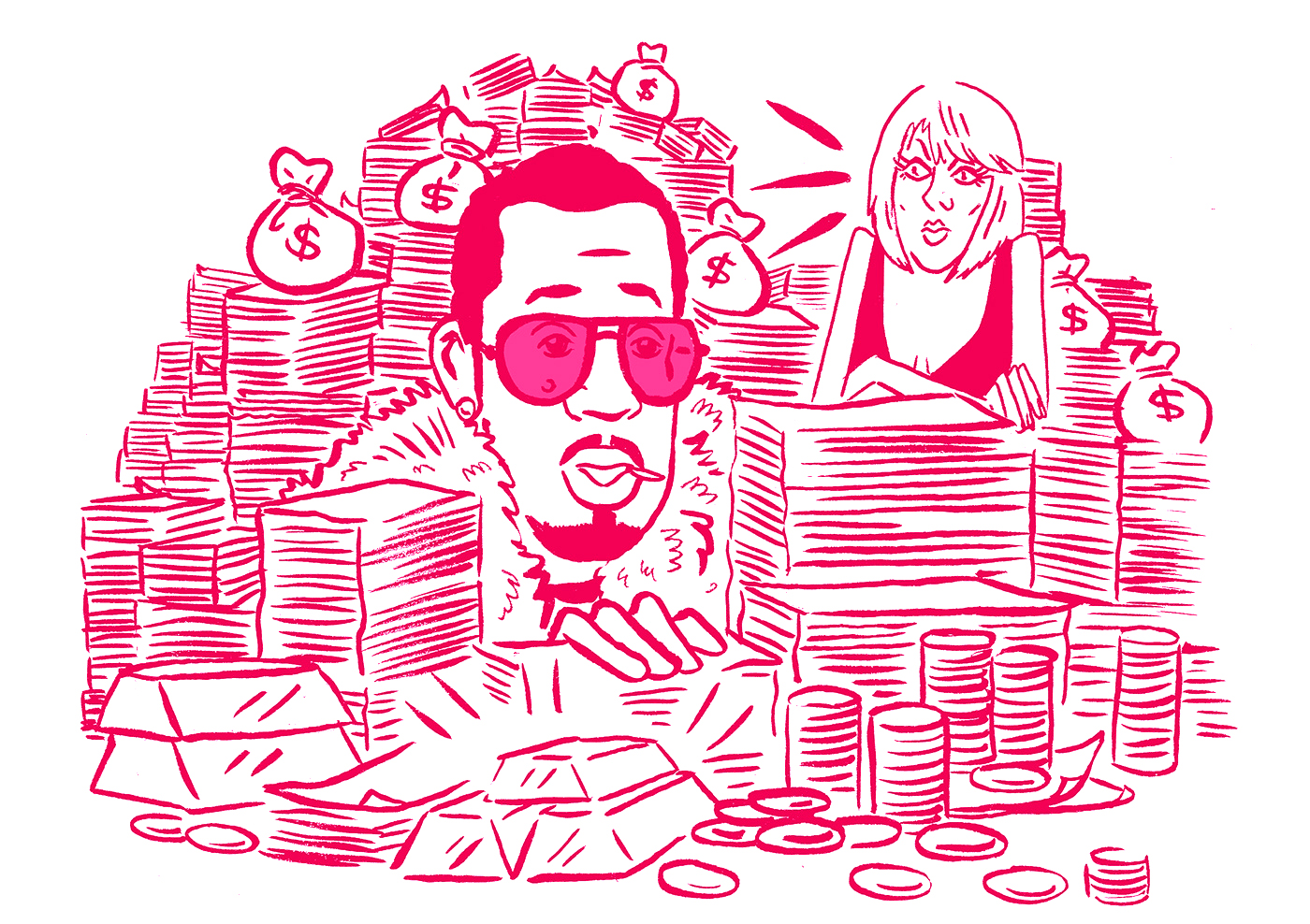 Ivanka Trump, who is the daughter of President Donald Trump and has presumably known him for 35 years, said that “there’s a level of viciousness that I was not expecting” in response to her father’s presidency. Former potential NBC buyer Bill Cosby declined to testify in his sexual assault trial, and his defense team rested after only three minutes and without calling an original witness. Hip-hop entrepreneur Sean “Diddy” Combs topped Forbes magazine’s list of highest-paid entertainers, notably beating out last year’s top earner, Taylor Swift, by nearly $100 million. McDonald’s announced it will use social media app Snapchat to hire future employees this summer; the app, known for its animated filters and porn, is expected to “lure in younger applicants” for the fast-food giant. Meanwhile, a close friend of the president told PBS that Trump was considering firing special counsel Robert Mueller, who is in charge of the ongoing Russia investigation. Professional wrestler Congressman-elect Greg Gianforte was sentenced to community service and a $385 fine for his assault of a Guardian reporter during last month’s special election in Montana; Gianforte said it was not his “intention to hurt” the reporter whom he punched and slammed to the ground. During a meandering rant about abortion on his official Facebook page, Missouri state Rep. Mike Moon beheaded a live chicken, cut its feet off, and removed its heart. Twitter argued over the effectiveness of Crock-Pots; in the words of one straightforward dissenter, “why on earth u wanna cook slow.” Seattle Seahawks running back Eddie Lacy received another $55,000 for not being fat. Former NBA referee Tim Donaghy, who spent more than a year in prison for illegally gambling on games, claimed the league will try to force a Game 6 in the NBA Finals. The Golden State Warriors ended the Finals against the Cleveland Cavaliers in Game 5. 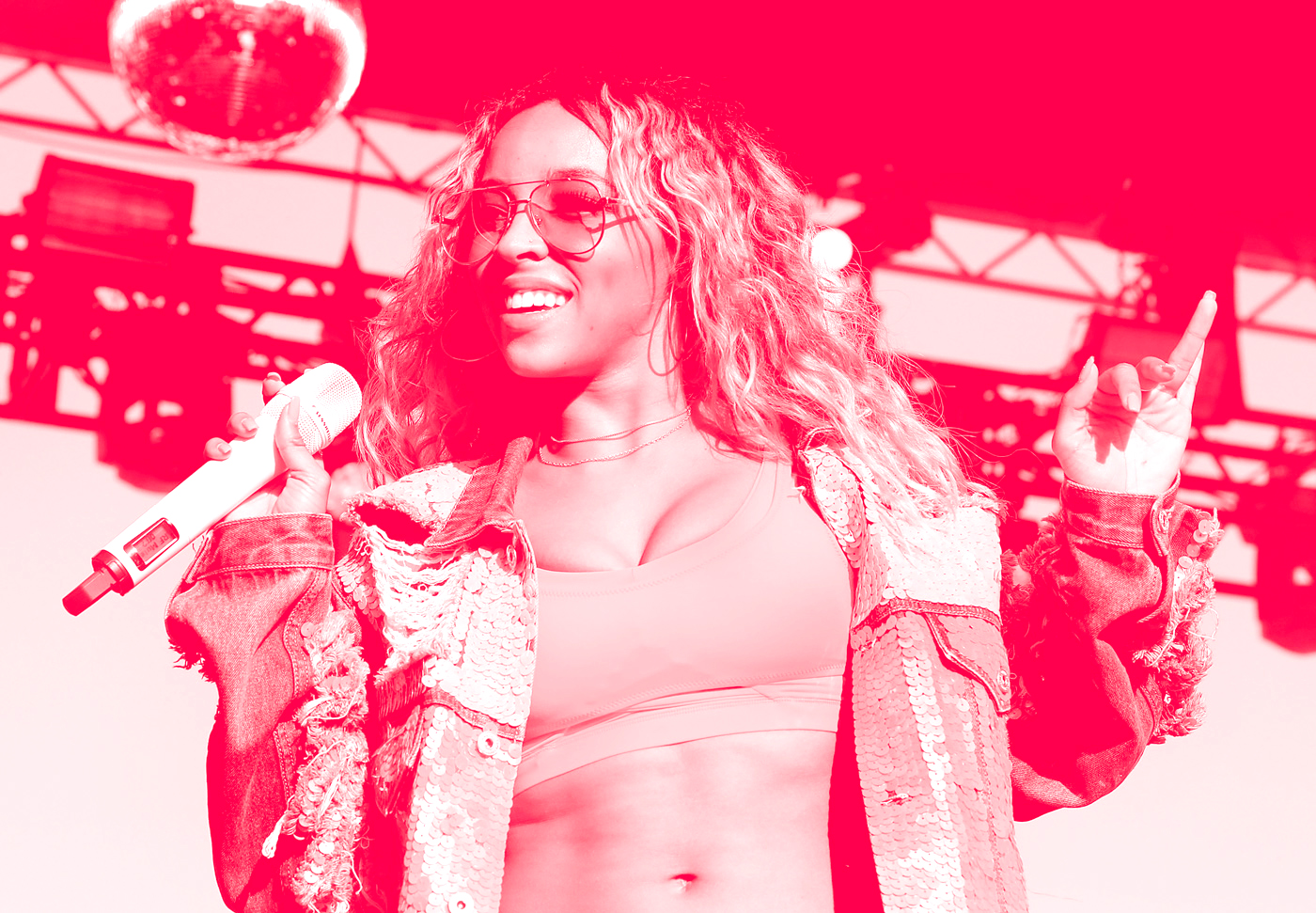 After the Warriors’ victory, Denver Broncos cornerback Aqib Talib took a shot at Golden State forward Kevin Durant, calling the Finals MVP a “suburban kid” who had to “Link up with the best” to win a championship, and that the Hall of Fame is “laughing at you right now”; Talib, who shot himself in the leg last year, joined the Broncos in 2014, a season after Denver eliminated his former team, the New England Patriots, from the playoffs. A Canadian man who is blind in one eye installed a video camera over his eyeball; faced with privacy concerns, the man posited, “Am I not allowed to put an eye camera in my own body?” Hours after NBA Hall of Famer Dennis Rodman arrived in North Korea, an American college student who had been detained in the country since 2016 for allegedly attempting to steal a political banner was released to U.S. authorities; Rodman, who is in North Korea for a reported fifth time, had his trip sponsored by a company specializing in weed-industry cryptocurrency. Deputy attorney general Rod Rosenstein said there was no evidence to fire Robert Mueller, the special counsel. Hours later, it was reported that the president is being talked down by his staff from firing Mueller. R&B singer Tinashe, who is mixed-race, acknowledged the presence of colorism in the black community but explained that she is usually the victim of it, telling a reporter that “sometimes I feel like I don’t fully fit into the black community; they don’t fully accept me.” Uber CEO Travis Kalanick, who has been rocked by the recent death of his mother and his own workplace behavior, including meditating in the company lactation room and instructing his employees to “not have sex with another employee” at a company party, has taken a leave of absence from the ride-sharing company. During a companywide meeting to discuss Uber’s alleged “bro culture,” a 74-year-old board member interrupted a female board member by making a sexist joke; the board member stepped down shortly afterward. President Trump reportedly told Republican senators that the House-adopted health care bill, which the president in May called a “great plan,” is too “mean” and called it a “son of a b—-.” 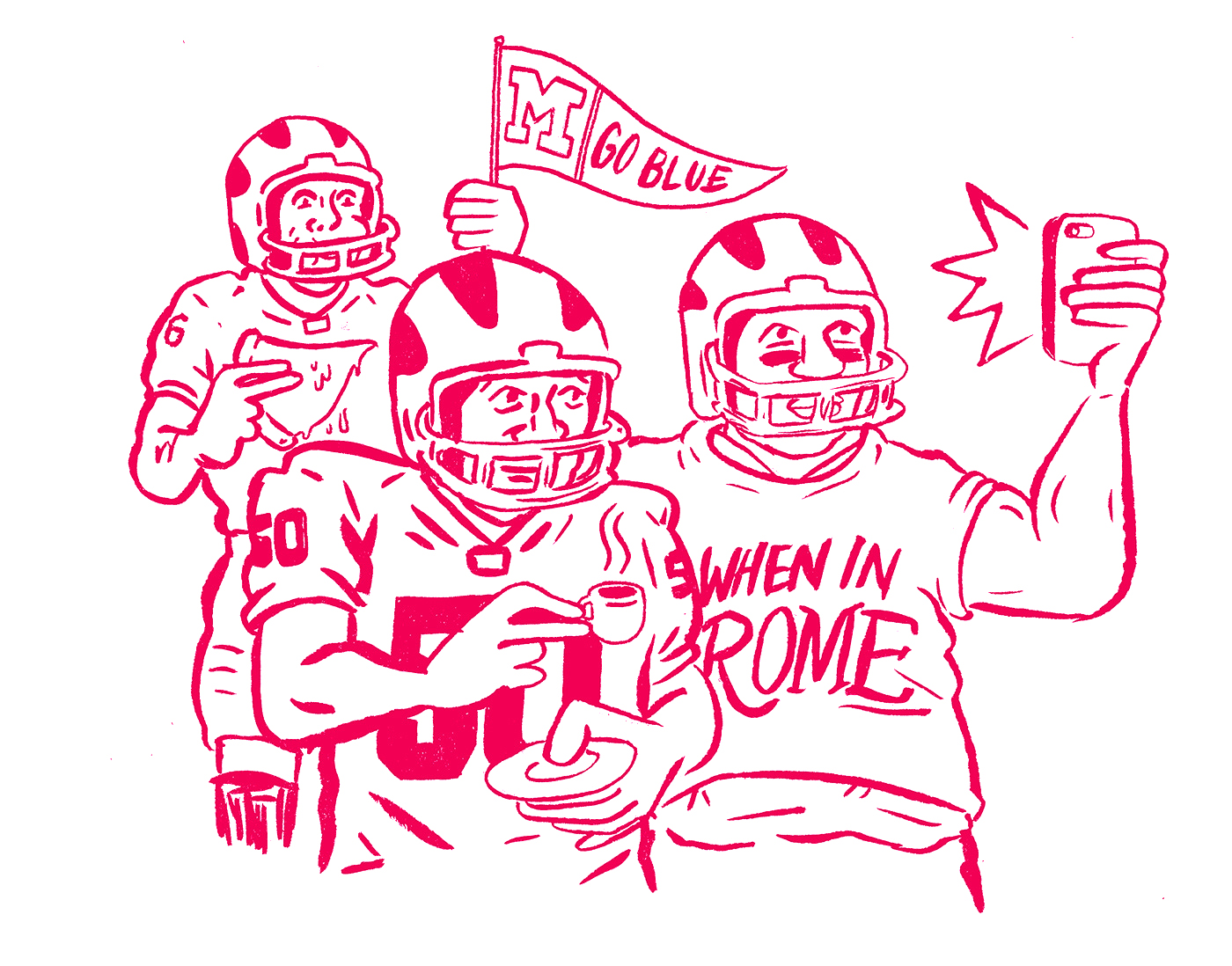 A gunman shot three people, including Rep. Steve Scalise, at a congressional baseball team practice in Alexandria, Virginia. Rep. Barry Loudermilk, who was at the practice field, proposed that lawmakers should be able to carry weapons, including, presumably, while playing baseball. In response to the shooting, Vox editor-in-chief and U.S. history buff Ezra Klein tweeted: “It’s easy to forget what a blessing it is to live in a country where politics rarely leads to violence.” Hours later, three UPS employees were killed by a gunman at a sorting facility in San Francisco. Former NBA commissioner David Stern, who was called a “modern plantation overseer” by journalist Bryant Gumbel in 2011, called Gumbel “an idiot” and said he, the implementer of the league’s controversial dress code, has “done more for people of color” than Gumbel, a black man. Days after reports came out that UNLV basketball players Dakota and Dylan Gonzalez were quitting the team to pursue music and Central Florida football player Donald De La Haye may have to give up his YouTube channel in the face of NCAA violations, University of Michigan athletic director Warde Manuel said the football team’s recent $800,000 trip to Rome was paid for by an undisclosed school donor. A fire at a London apartment complex left at least 12 people dead. Five Michigan officials were charged with involuntary manslaughter for their roles in the ongoing contaminated-water crisis in Flint, Michigan. Right-leaning cable network Fox News has plans to drop its “Fair & Balanced” slogan, not because the tagline wasn’t true but to further distance the company from Roger Ailes, the late former network president. The Houston Astros, who called up outfield prospect Derek Fisher from Class AAA Fresno, will face the Boston Red Sox this weekend, with right-handed closer Matt Barnes expected to play. For the sequel to 1996’s Great White Hype, retired undefeated boxer Floyd Mayweather Jr. and UFC fighter Conor McGregor agreed to a boxing match on Aug. 26. A Texas couple was arrested and charged after authorities found 600 pounds of meth-laced candy, some of which were shaped like Star Wars characters R2-D2 and Yoda, in the couple’s home. A 21-year-old Maine woman, who is a vegetarian, drowned a rabies-infected raccoon in a puddle of mud on a walking trail she had been jogging along. 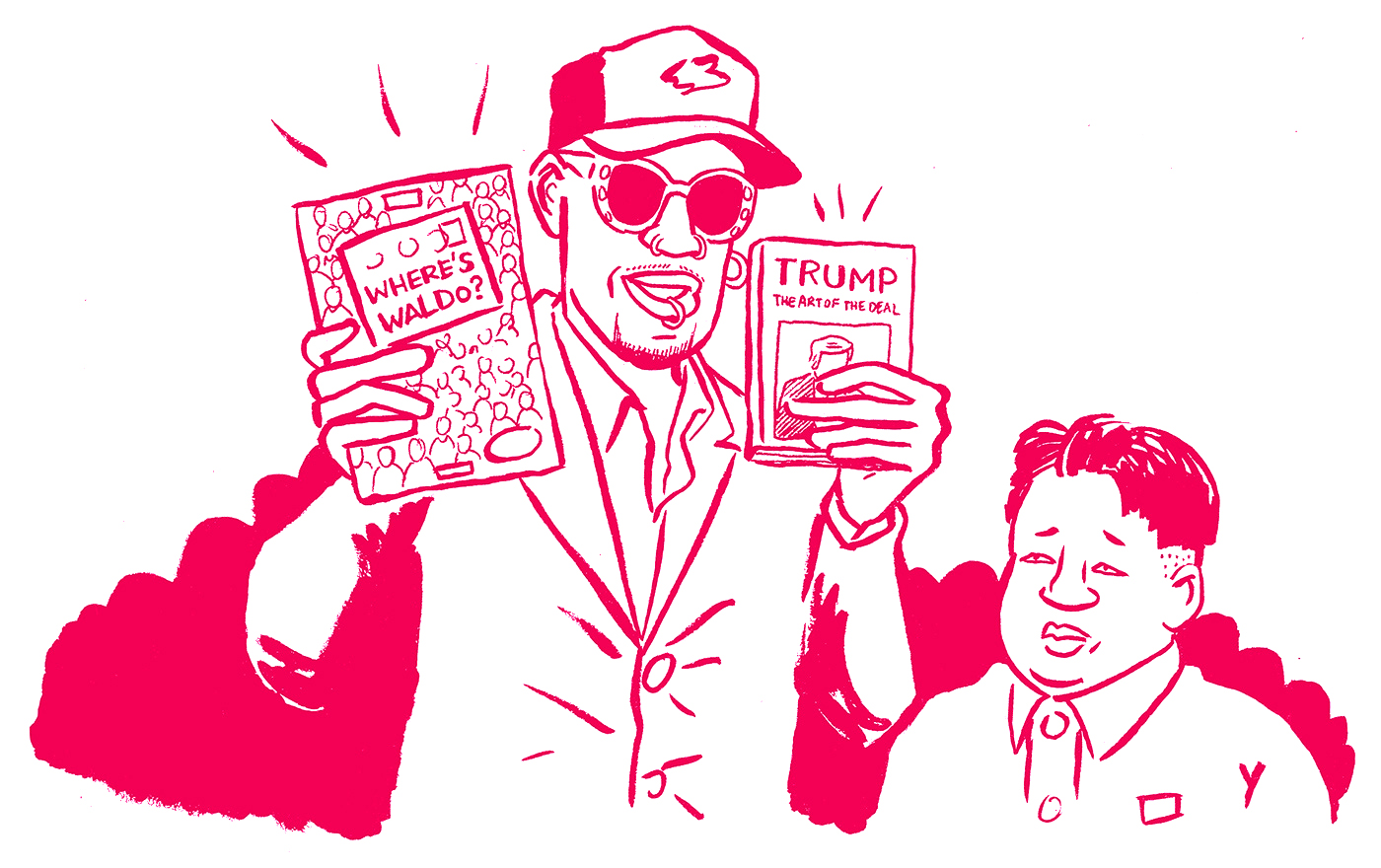 How now, brown cow: 7 percent of American adults believe chocolate milk comes from brown cows. A day after saying that “everyone who serves in our nation’s capital is here because, above all, they love our country,” President Trump tweeted that “some very bad and conflicted people,” presumably members of the FBI, were carrying out “the single greatest WITCH HUNT in American political history.” The Uber driver who shuttled Buffalo Bills cornerback Shareece Wright 540 miles from Chicago to Buffalo, New York, last week is an Iranian refugee who was tortured by Iranian intelligence agents on multiple occasions and hopes to one day become an astronaut; Wright, who was rushing to get to voluntary team workouts, injured his calf during minicamp. In more disturbing Uber news, the company is being sued by a woman who was sexually assaulted by one of the company’s drivers. Dennis Rodman, while still in North Korea, gave two books to country leader Kim Jong Un: Where’s Waldo? and President Trump’s The Art of the Deal. Louisville basketball coach Rick Pitino was issued a five-game suspension by the NCAA for his role in the hiring of exotic dancers for players and recruits; the panel that issued the punishment said in its findings that “NCAA rules do not allow institutional staff members to arrange for stripteases and sex acts.” During the Warriors’ championship parade in Oakland, California, forward Draymond Green wore a shirt with “Quickie” written on the front, with the “Q” in the same font as the Quicken Loans logo; the Cleveland Cavaliers play in Quicken Loans Arena. Cleveland forward LeBron James responded to the T-shirt on Instagram with a caption reading “That’s what she said, HUH?!?!?”; fellow NBA superstars Russell Westbrook and James Harden “liked” the photo. Hours later, Green responded with a photo of James with the caption “Them dubs finally made him go bald!!! Congrats bro @kingjames.” A 71-year-old Kansas City man who robbed a bank because he’d “rather be in jail than be at home” with his wife was sentenced to six months of home confinement. 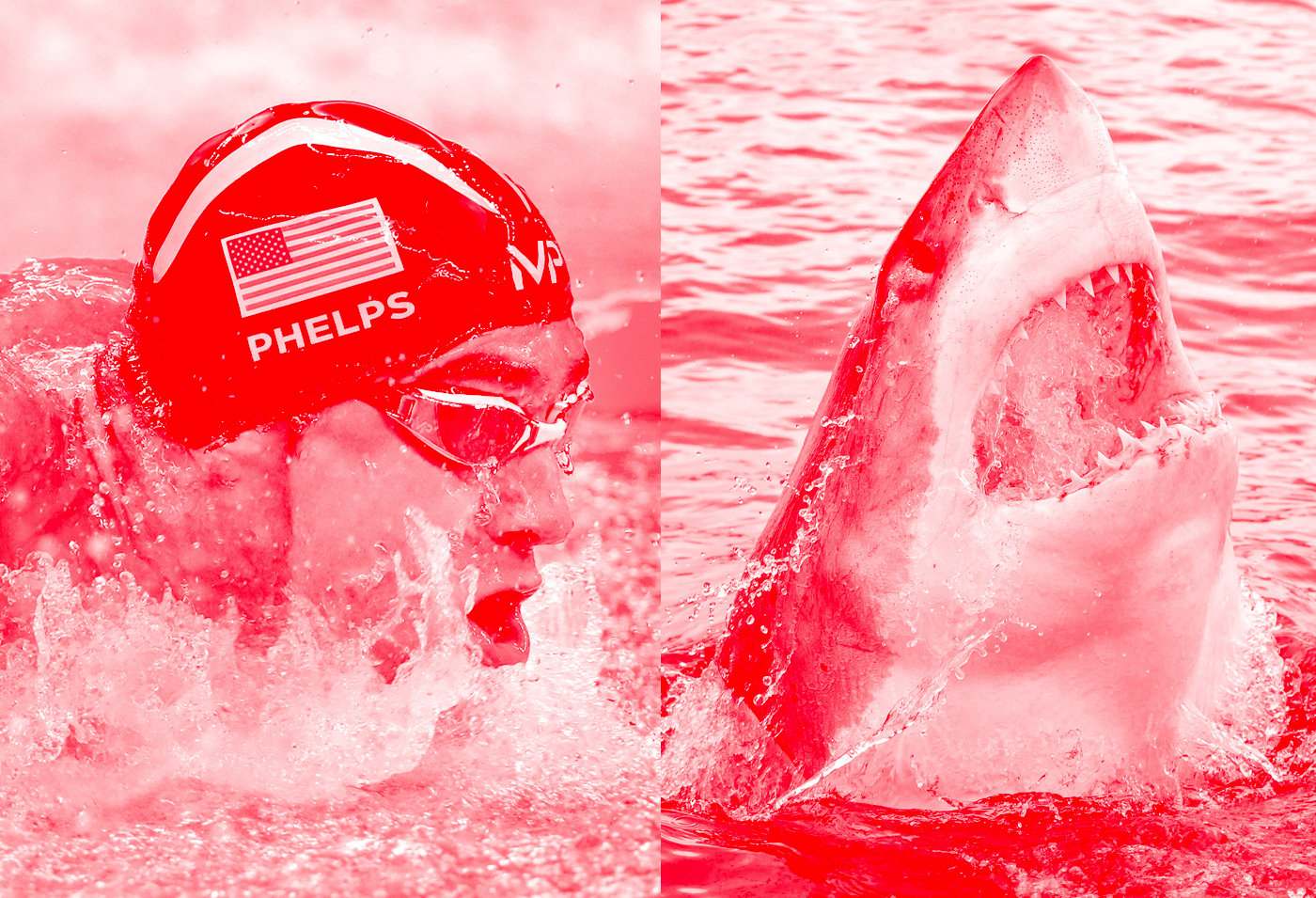 E-commerce juggernaut Amazon, like most of America, spent a lot of money at Whole Foods, purchasing the supermarket chain for $13.7 billion. President Trump admitted that he is “being investigated for firing the FBI Director by the man who told me to fire the FBI Director! Witch Hunt.” Rod Rosenstein, the purported “man” who told Trump to fire FBI director James Comey, has, like his boss, Attorney General Jeff Sessions, reportedly considered recusing himself from the Russia investigation. To add to the president’s exceptional week, his approval rating dropped to 35 percent in a new poll. Olympic swimmer Michael Phelps, apparently bored with life and ready to die at the age of 31, will race a great white shark. After his bodyguards savagely beat protesters last month at the Turkish Embassy, Turkish President Recep Tayyip Erdogan criticized American authorities’ response, asking, “What kind of law is this? If my bodyguards cannot protect me, then why am I bringing them to America with me?” NBA Hall of Famer Shaquille O’Neal, who is black, said he is the “black Steph Curry,” who is also black. The Boston Police Department’s Twitter account sent out a photo of an officer with three black girls along with the caption: “The #BPD Ice Cream Truck gives kids a reason to run towards our officers and not away from them”; the tweet was later deleted. President Trump’s lawyer hired his own lawyer. LeBron James, ironically nicknamed “King James,” said the only two people who can score on him in the post are “Shaquille O’Neal in his prime … and Jesus Christ.” Minnesota Vikings receiver Michael Floyd violated the terms of his house arrest by drinking alcohol; Floyd blamed the failed tests on Kombucha tea.