SAN FRANCISCO — It is a tradition for international NBA players to hold up their country’s flag when they win an NBA championship, whether a star, starter or role player.

And if the Golden State Warriors win the 2022 NBA Finals, expect reserve swingman Juan Toscano-Anderson to hold the Mexican flag up high in celebration as a proud citizen.

“Talking about Juan Toscano means talking about improvement and how dreams come true if you work for them,” G League Mexico City Capitanes head coach Ramon Diaz said. “Mexico has a player representing it in the NBA Finals, which means a lot for the growth of Mexican basketball. Juan makes us proud, and he is an example for the young people in Mexico. They can see Toscano and visualize how far they can achieve when they persist and work hard.”

The 29-year-old Toscano-Anderson, who grew up in Oakland, California, wasn’t born in Mexico, but he has dual American-Mexican citizenship and has always been proud of his Black and Mexican roots (his father is African American and his mother is Mexican American). Toscano-Anderson’s maternal grandfather emigrated to the United States from Michoacán, Mexico, in the 1970s, and bought a home in East Oakland.

“In terms of my everyday life, I am very connected to my Mexican roots. I talk to my family every day. I eat Mexican food every day. I spend 75% of my summers in Mexico,” Toscano-Anderson said.

Toscano-Anderson, who played at Marquette University from 2011 to 2015, can also credit his Mexican citizenship with giving him his professional basketball break, landing him with Soles de Mexicali of Mexico’s Liga Nacional de Baloncesto Profesional during the 2015-16 season. Toscano-Anderson also played for Fuerza Regia de Monterrey from 2016 to 2018, and played for the Mexican national team in 2016 using Toscano on the back of his jersey.

Toscano-Anderson said he visited with Fuerza Regia de Monterrey president Sergio Ganem Velázquez in Dallas when the Warriors played the Mavericks in the Western Conference finals last month. He talks to his old coach and teammates from the club regularly. Fuerza Regia de Monterrey also posted on Instagram about Toscano-Anderson making it to the NBA Finals with the Warriors.

“Anytime I accomplish anything or do anything, they support me,” Toscano-Anderson said. “It’s a reciprocated relationship and energy. I always give them the credit when I can because that organization really gave me a lift in my career. That coach really gave me the platform to show what I can do.” 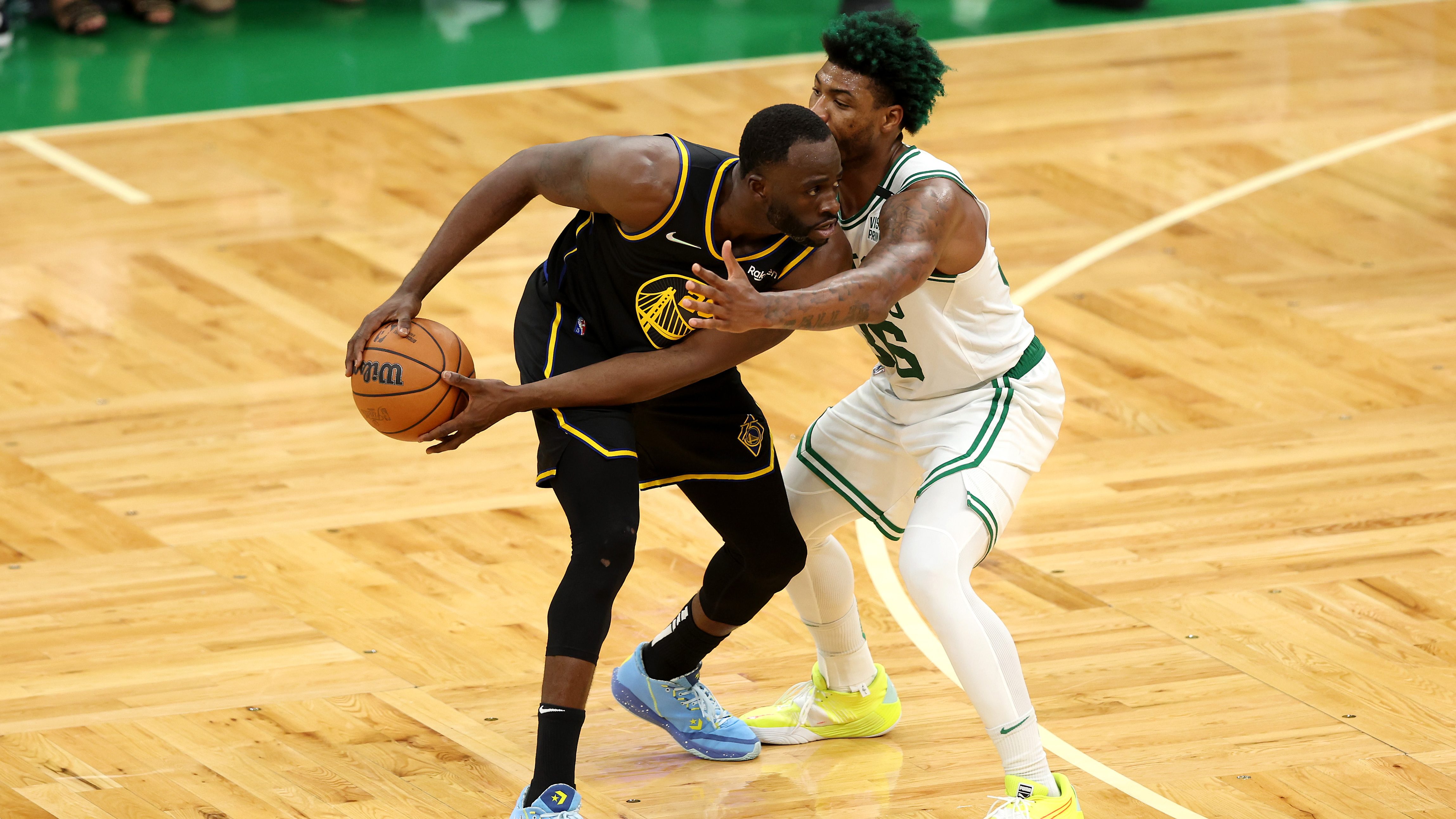 Since Toscano-Anderson joined the NBA with the Warriors in 2020, his profile has grown exponentially. He has been featured in video stories on ESPN’s SportsCenter and NBC Sports Bay Area. More recently, GQ magazine wrote a feature on his rags to riches journey to the NBA.

Toscano-Anderson’s growing celebrity, however, has not landed him one endorsement deal in Mexico yet. He says part of the problem is the slow growth of basketball in a country where soccer reigns supreme. The NBA has played 11 regular-season games in Mexico City since 1997, including 10 between the 2014-15 and 2019-20 seasons. And the NBA G League Mexico City Capitanes could be a vehicle to raise the game’s profile, as they are expected to play in the nation’s capital next season after being sidetracked for two seasons due to the coronavirus pandemic (the Capitanes’ 2020-21 season was canceled, and they were based in Fort Worth, Texas, last season).

“I am working on that,” Toscano-Anderson, who has 365,000 Instagram followers, said of landing endorsements. “Hopefully, somebody will come out and sign me. I’d love it. If anyone is looking at the bigger picture, it’s a gold mine there. Look at what soccer is there. Basketball is a level three or four out of a scale of 10. It has so much room for growth. I am not going to say I am the answer to that growth. But I am the guy for it on social media. Social media is the biggest right now, and I’m in the NBA Finals. There are a small number of people that care about basketball. It doesn’t hit home runs. It doesn’t move the needle.

“That is why people aren’t putting money into it. But it takes money to make money. If someone took the initiative to say, ‘Hey, I’m going to build the grassroots for whatever it is, whether it’s a youth league or academy,’ there would be a lot of benefits. It’s not just about the money, but the credibility, where people say you guys built the foundation for this sport to grow.” 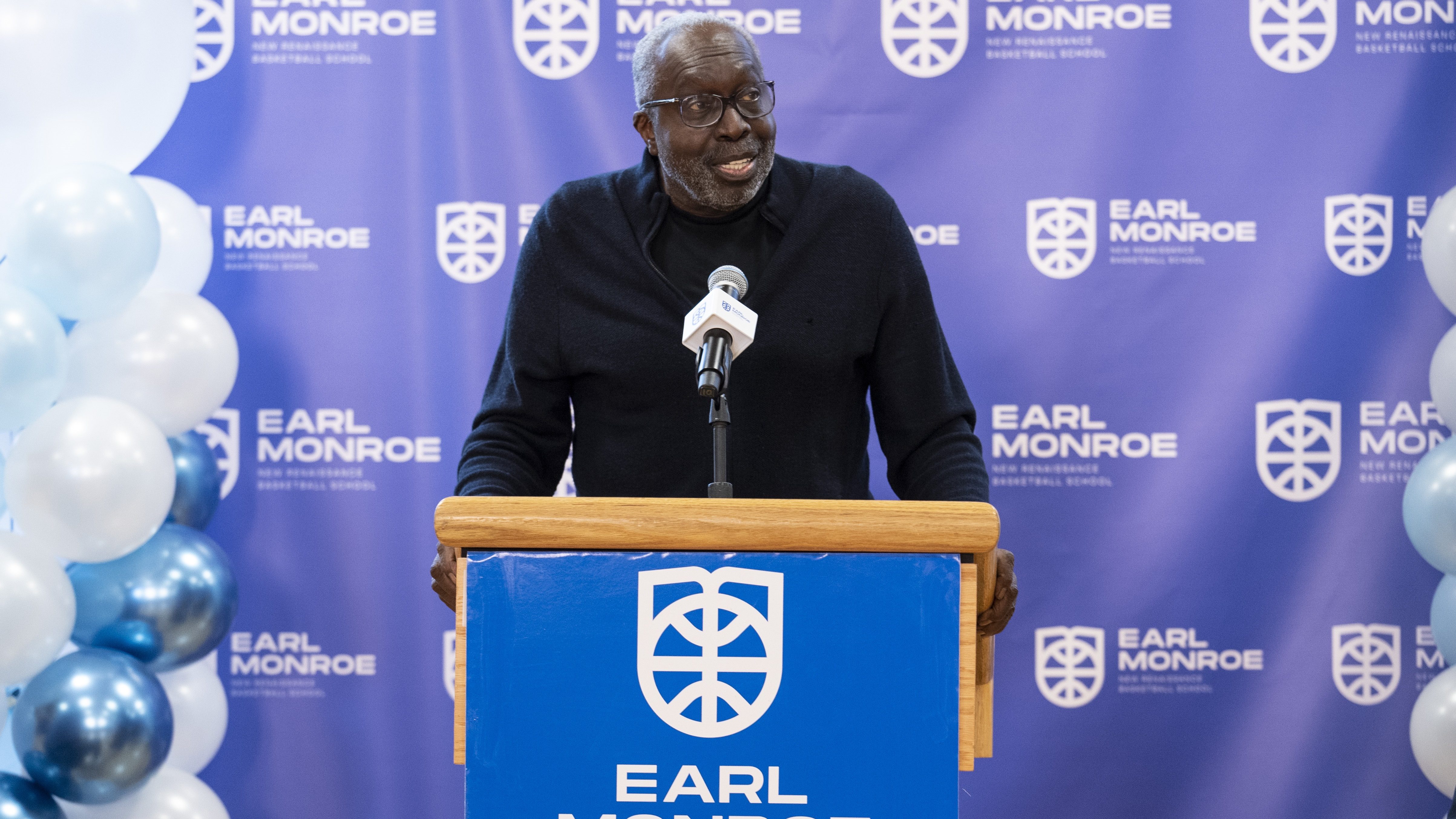 Gonzalez set up a Zoom call before the NBA Finals for Toscano-Anderson with several major Mexican media members to help him give publicity and talk about his philanthropic work.

“We want Juan to be the first Mexican to win a title,” Gonzalez, who is also president of the Telmex Youth League in Mexico, said. “But he is kind of an unknown in Mexico. … I’m trying to get it going. He has a big following with social media, and Eddie didn’t have that. …

“Juan is making history. He is going to touch a lot of boys and girls in Mexico.”

While Toscano-Anderson is a proud American, he is becoming more and more comfortable with the thought of living in Mexico one day.

“I’m looking to buy land out there,” Toscano-Anderson said. “That is where I want to retire. I just feel like life is simpler there. Don’t get me wrong, America is an amazing place. The greatest country. But there is just so much propaganda there. I’m cool off of that. I think people are very pretentious. This generation is just fried. There are no values and morals anymore. I am not saying I am going to Mexico and it’s going to solve all of my problems. But I just want to build a house on the beach and just be away from everybody. …

“There is a whole new way of life I figured out there. I found out what it’s like to really be Mexican, live in Mexico and live in the culture. Everyday traditions. It’s different than the States.”