“Black first” feels loaded in its distinction. No matter how cynical America might make Black folks feel, there is something about being first. If there is no struggle, there is no progress, abolitionist Frederick Douglass told us. There is excellence in being first. Not only does it represent an accomplishment in the present, it also honors the past, a path lined with the crimson sacrifices of our ancestors.

Something changed with the murder of George Floyd by police in 2020, though. It took the air out of us. The “Black firsts” hit differently. The corporate response to quench Black anger came in the form of promotions, and some of us — myself included — weren’t having it. Were we qualified? Yes, always have been. Was the corporate gesture a genuine one? No. 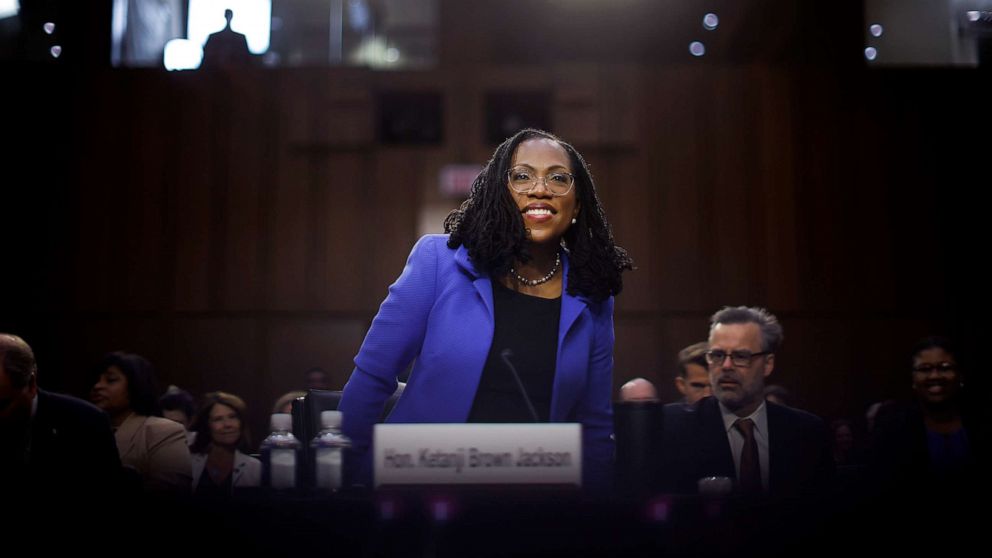 Ketanji Brown Jackson, the first Black female Supreme Court justice, is familiar with a path of crimson. A child of parents who both graduated from historically Black universities, Jackson herself earned her law degree from Harvard University. During the first day of her confirmation hearings, she acknowledged that she “stands on the shoulders” of her predecessors. Those controversial proceedings hurt Black people, though, particularly Black women, who with the résumés of greats still bore the scars from corporate obstacles. As a people, we have fought to retain our crowns and for the right to unite, which only underscores the angst when it comes to being first.

“Black firsts” have exposed systems and institutions that were slow to promote our people. The December after Floyd was murdered, Harvard elected its first Black student body president, more than 125 years after sociologist and activist W.E.B. Du Bois earned his doctorate from the New England university. The first Black president of an NFL team was hired in 2020; an election runoff in Georgia yielded the state’s first Black senator.

The year 2020 gave us the first Black female vice president, and another flashpoint about firsts. We celebrated Kamala Harris, and no one institution rejoiced more than Howard University, her alma mater. We celebrated Barack Obama’s historic presidency in 2008, not just because of his individual achievement, but because of the collective grassroots effort that made us feel like a part of a burgeoning movement.

However, as we inevitably prepare to celebrate the confirmation of Jackson, we also must analyze what these accomplishments mean to Black people overall. The blessing of Black firsts can be a curse when our people as a whole continue to suffer when it comes to disparities in health care, education and finances. “Representation” has its limits, both in matriculation and aspirations. We celebrate our Black colleges and universities, even as they remain in a state of peril. We highlight the Black bourgeoisie, even amid the vulnerability of poor and working-class people. “Nobody’s free until everybody’s free,” voting rights activist Fannie Lou Hamer famously declared.

What does this have to do with Jackson? Everything and nothing. More than an oxymoron, being a Black professional and a Black first is an exercise in duality. It first requires an individual to be twice, sometimes three times as good to even be in contention. It requires the honing of one’s craft for years, even decades, while overcoming obstacles that are endlessly evil. Our collective understanding of these realities as Black people is why many of us will choose to celebrate Jackson.

The second part is what requires more difficulty and grace for those of us with the blessings and the burden of uplifting a nation of people. The Bible says: “We then that are strong ought to bear the infirmities of the weak, and not to please ourselves.” This spirit of social uplift is what links someone like civil rights activist Martin Luther King Jr. to sanitation workers and branches out into manifestations and variations of Black power. The more we as a people break down walls of injustice, the less we can afford to be satisfied with Black firsts. Being one in a million — or more contemporarily, one of one — ensures that progress will move like molasses.

It is fitting that Jackson’s ascension will happen with justice as a backdrop. We must create a nation of laws that not only appreciates the mastery of the overqualified, but eliminates the circus. This is how we transition from Black firsts to making sure that Blackness lasts.

Or, as South African Anglican bishop Desmond Tutu put it: “I am not interested in picking up crumbs of compassion thrown from the table of someone who considers himself my master. I want the full menu of rights.”