Portland is off to a slow start, and injuries have become a factor, but the first-year head coach and star player are working to figure it out

It is already commonplace for Chauncey Billups to watch game film in his office while drinking hot tea after practices at the Portland Trail Blazers’ facility. And oftentimes, the new Trail Blazers head coach is joined by his star guard Damian Lillard as they combine their elite basketball IQs in hopes of finding solutions to turn around a season marred by injuries and a disappointing start.

“It’s really important that the coach and, obviously, their best player are aligned and see the game the same way,” Billups told The Undefeated. “At some point, as time passes, you want that guy to be an extension of you out there. He knows what I’m thinking. I know what he’s thinking. Sometimes you don’t even have to look over there to the bench because that’s when you’re in tune with somebody. Obviously, it’s early. We’re not there.

“To get there, we watch film together for things that can help our team, how our team plays coverages and all types of things. It’s just something that we do. We don’t plan it every day. But oftentimes we’re like, ‘Let’s just chop it up.’ It’s been great. We do it quite a bit. I wish it would happen more.”

Said Lillard: “I’m in [Billups’] office regularly. We’re like, ‘How do we do this? What do you want to see?’ I’m asking him, ‘What can I do to help myself? What do you see that [I] can do better?’ We are having these conversations face to face, but you have people on the outside that want so bad for there to be drama.”

Billups said his meetings with Lillard have led to more plays for Blazers center Jusuf Nurkic, thus opening up the offense for the guards. The head coach said through his talks in those meetings, he has also changed up the plays to make the offense “more comfortable” for Lillard and CJ McCollum.

What Billups and Lillard can’t fix in their talks are the Blazers’ injury woes. Portland had played without Lillard for six games because he had lower abdominal tendinopathy. McCollum is currently out indefinitely after suffering a collapsed lung Dec. 7. Forward Cody Zeller also has a right patellar fracture and will be evaluated in a week. The Blazers are currently in the midst of a season-high seven-game losing streak and have lost 10 of 11.

The Blazers fired longtime head coach Terry Stotts after nine seasons on June 4. Stotts was the only head coach that Lillard had since being selected with the sixth overall pick by Portland in 2012.

The 45-year-old Billups, hired on June 27 as the 15th coach in franchise history, was an assistant coach with the LA Clippers last season before landing the job with the Blazers. The team faced backlash locally and nationally when the hire was announced because of allegations that he was involved in sexual assault of an unidentified woman in 1997. Billups told police he had a consensual sexual encounter with the woman, a point reiterated by the prosecuting attorney in the case in an Oregonian article in July, and no criminal charges were ever filed. A financial settlement was reached in 2000.

Lillard was a fan previously of Billups when he led the Pistons to a championship over the Los Angeles Lakers and played alongside Carmelo Anthony with the Denver Nuggets.

“He was so crafty,” Lillard said. “The hesitation, pull-up 3s. His demeanor. The poise. And on that [Finals] stage, being able to lead that team to winning. That’s my best memory of him is [the 2004 NBA Finals] because I was cheering for the Lakers. I thought they was going to get it done. And he was just dominating the series without being emotional.

“He wasn’t doing nothing extra. He was just hooping. The way he was playing was big. That is why they called him ‘Mr. Big Shot.’ ” 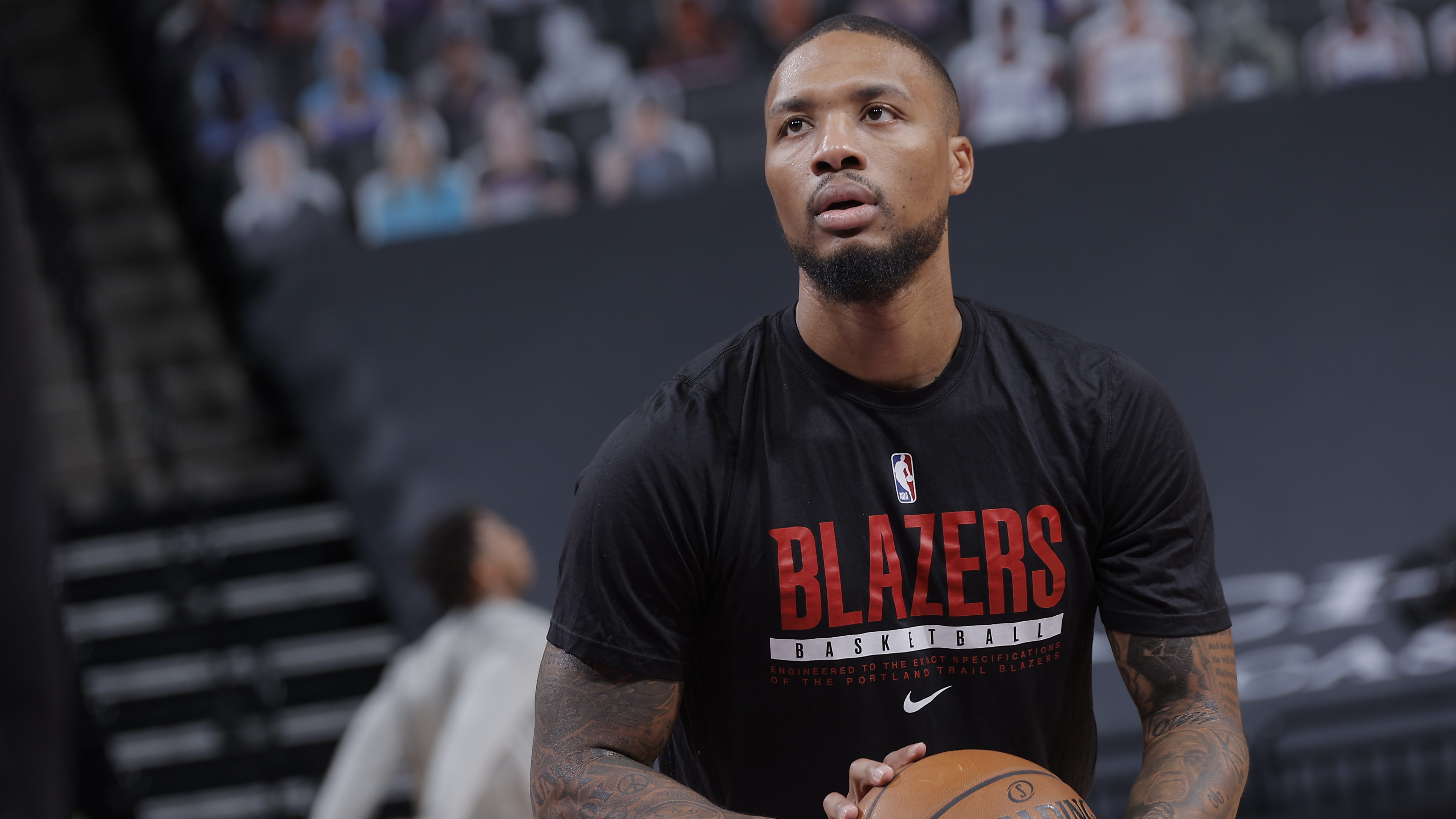 Damian Lillard on taking action: ‘I want to actually be a part of some change’Read now

Lillard is a proud African American playing in a league that is about 75% Black. Even so, just seven Black head coaches led teams entering the 2019-20 NBA season. The six-time All-Star was also disappointed to see former Blazers assistant coach David Vanterpool, now an assistant with the Brooklyn Nets, get passed over for a promotion with the Minnesota Timberwolves when the head-coaching job was open last season. The NBA had been vowing for years that it would like to see more African Americans get opportunities as head coaches and in the front office.

“We know this game very well. We know talent when we see it,” Lillard said. “So there’s no reason why we shouldn’t be in the position to be coaches of teams, to be in the front office. I feel like they’ll connect with players as well as anybody. And there are guys out there still that I feel like should have had head-coaching opportunities, specifically David Vanterpool. There’s really no reason why he shouldn’t be a head coach already. …

“It was tough for African American head coaches. And the ones that were getting jobs weren’t always getting the best opportunities. It’s almost like you joining a sinking ship where you are either getting a really young team or a team that’s pieced together and is not built for success.”

Added McCollum: “There’s so many Black coaches out there who are qualified but don’t necessarily get a chance, or it’s just a fill-in interview to kind of check the box and mark the quota of, ‘We interviewed a certain amount of people.’ ”

This past offseason, however, seven of eight NBA head coach openings went to African Americans, including Billups. The 13 Black coaches to start the 2021-22 season were one shy of the all-time high at the start of the 2012-13 season. A 14th was added when the Sacramento Kings recently appointed Alvin Gentry as interim head coach.

Billups hopes the door remains open for qualified Black coaches and it isn’t just a temporary gesture made by NBA teams.

“What a beautiful thing we have seen to see so many very, very deserving African American coaches get hired last offseason,” Billups said. “That’s obviously some progress being made. You want to just see how it sustains and how consistent it becomes and it’s not just off of a byproduct of the Black Lives Matter movement, the unfortunate George Floyd public lynching that we have seen. You don’t want that to just be a byproduct and just short term. You want to see some consistency, right? …

“And, of course, I don’t expect that is how it is always going to happen. If there are eight jobs open, that’s not going to always happen. There’s so many qualified white coaches, Mexican, Asian. There’s just so many qualified coaches, along with African Americans. Best person for the job. That’s all. You just want to be considered. That’s all. And we’ll see where it goes from here.” 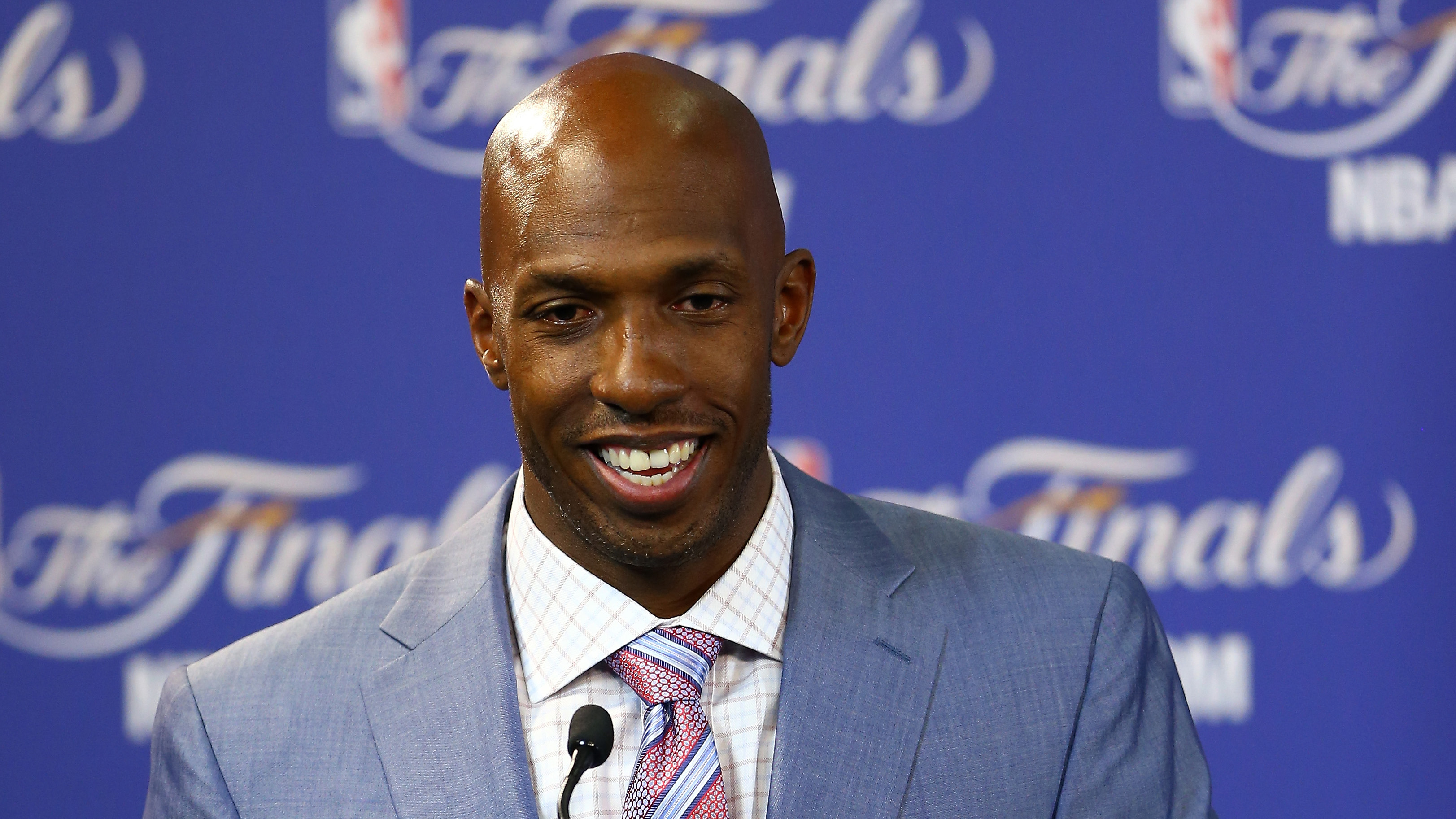 Billups says turning down Cavs was about timing, not LeBronRead now

Lillard told The Undefeated during training camp that hiring an African American head coach who was a former NBA star meant a lot to him. He also felt it was “important” to give Billups support and a chance rather than ask for a trade.

“I made the decision that I’m not going to bail out on him,” Lillard said during training camp. “I want to be a part of the success of an African American coach. I don’t want to leave him out to dry. So, it was important for me to be here and to try to achieve that ultimate success with him.”

Billups and Lillard rib each other over their love of the Denver Broncos and Las Vegas Raiders, respectively, and are both huge fans of boxing and old-school R&B music. Lillard described Billups as “solid” as a person.

“We’re forming a bond more so than anything else, it’s just like we always sit and talk over everything. And that’s something that’s fun to have,” Billups said.

Said McCollum: “They are both old-school souls, the way they approach the game and their demeanor.”

Even with the Blazers’ struggles, Lillard told ESPN’s Scott Van Pelt last week that he still has the same strong support for Billups. And that likely means more meetings in his new coach’s office.

Dame: I want to be part of the solution in Portland – ESPN VideoRead now

“We have a new offense. A new style. A new way of playing,” Lillard said. “Me being the leader, I have to overly buy in. I have to show I am committed to that regardless of what it looks like for me, even if I’m struggling offensively to find my spots, to find my way in the offense. Even if I’m missing shots, I got to be the person to show the most buy-in to get everyone to buy in.

“People are saying, ‘Dame is frustrated.’ I am frustrated with losing and not playing my best. But that doesn’t mean I’m sour on my team and I’m looking elsewhere. … That has never been me. This isn’t my first time being in a tough situation.”