A visit to Louisiana State Penitentiary, and a lesson in forgiveness

Editor’s note: Louisiana State Penitentiary is the largest maximum security prison in the United States. Also known as “Angola” because it was built on a former plantation that held many slaves from the African country, the prison has a long and notorious history, including convict leasing in the 1800s. It was also once dubbed “the bloodiest prison in America.”

A few months ago, I received a text from my former teammate Steve Smith Sr., a man who is like a brother to me:

“For the last few years I’ve been asked to do a prison visit by a friend named Lenny. He is the team chaplain for the Buffalo Bills. Last year, I finally went and it was a remarkable and unforgettable experience for me. I know everyone has their own things going on, but I told myself I wouldn’t be silent and keep it to myself. So I’m just doing what was placed on my heart. Pray about it. If what you read interests you hit me back. If it doesn’t I completely understand.”

After I read Steve’s text message, I thought about the many times I’ve visited prisons during my career, including San Quentin in California, so I knew what to expect. I responded and let Steve know that I was interested in joining the trip. I would later find out I was wrong. The visit to the Louisiana State Penitentiary, also known as Angola State Prison, turned out to be a transformative experience for me — an emotional journey that challenged my assumptions about rehabilitation and forgiveness.

Steve’s friend Lenny turned out to be Len Vanden Bos, my chaplain at Pro Athletes Outreach, an organization that builds community among pro athletes and couples to grow spiritually and have a positive impact around them. Through his Higher Ground Ministry, he takes current and former NFL players, along with Christian leaders, to prisons to spread the gospel and encourage people who are incarcerated. 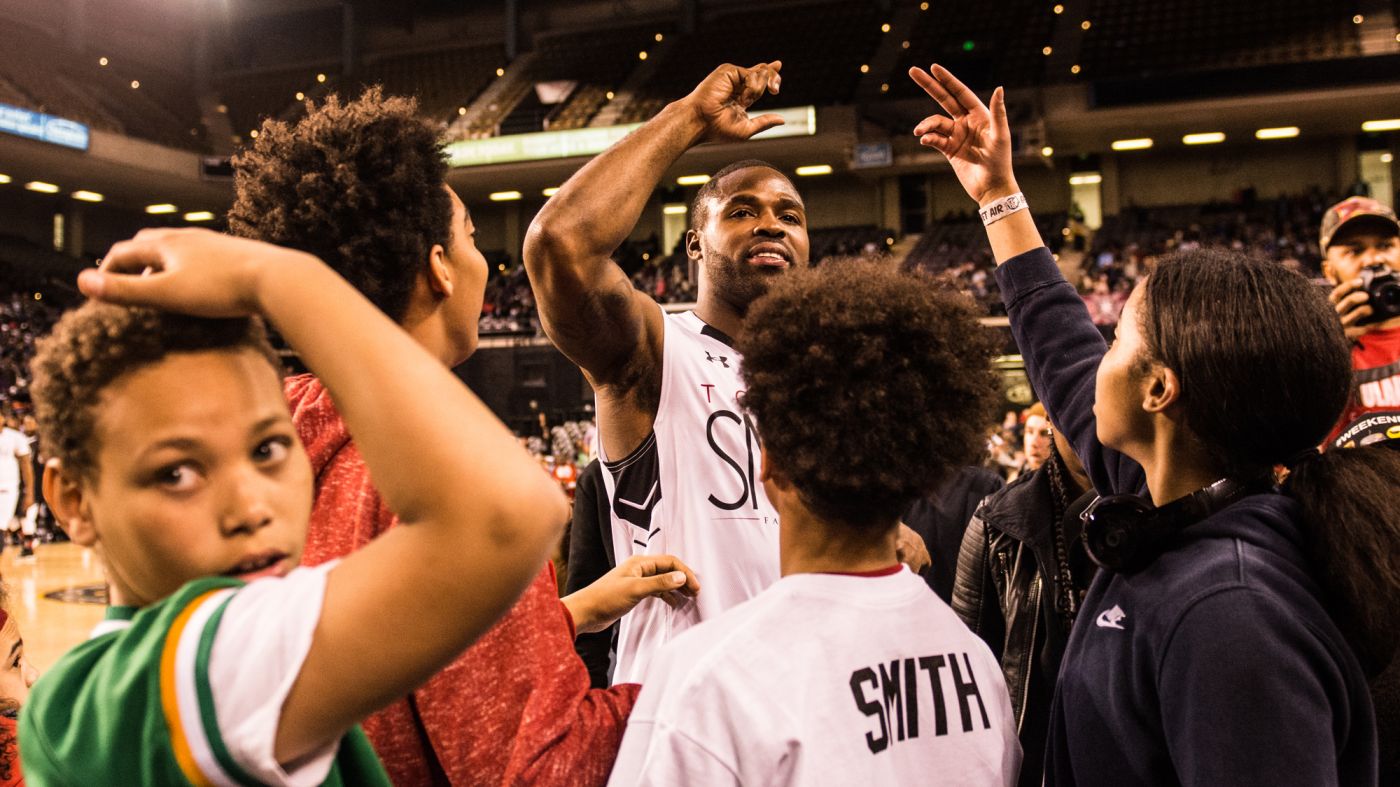 I knew that Angola was a maximum security prison filled with people who were facing lengthy sentences, some convicted of violent crimes like murder or rape but others convicted under the state’s harsh habitual offender laws for which Louisiana is famous. I also assumed from everything I had heard that people would be locked in small cages with little interaction with each other outside of the prison yard. As we toured the former plantation, built on more than 18,000 acres, however, I was shocked to see men walking around, cleaning up and washing cars as if they weren’t incarcerated at all. Some were dressed in plainclothes; no one wore chains. The men slept in a big room with bunk beds, which reminded me of the 1999 movie Life, where Eddie Murphy and Martin Lawrence play two Harlem bootleggers sentenced to life in prison for a phony murder charge. The reality of what I saw was a lot to take in, and as we walked around, I wondered how could the most violent men in Louisiana live together in what appears to be a very peaceful environment.

I don’t mean to glorify this prison. It is a prison, after all, and people are held in cells and often forced to work in sweltering heat with little money. And as we continued to walk through the prison grounds, I saw men working, some for as little as 2 cents an hour, making T-shirts for the government and license plates for every driver in Louisiana, or raising cattle to be sold on the market.

Three things struck me as we toured the grounds.

First, I feel strongly that this was modern-day slavery, and it was wrong. Then I remembered slavery is still legal as defined by the 13th Amendment, which says, “Neither slavery nor involuntary servitude, EXCEPT as a punishment for crime whereof the party shall have been duly convicted, shall exist within the United States or any place subject to their jurisdiction.” Angola, like other prisons, benefits from this exemption. And I realized, yes, this is America.

Second, I witnessed how people accused of even the most serious crimes and living in extremely difficult conditions could work, live together peacefully and change. I wondered if those people working so well together were really still even a danger to anyone. This experience drove home the importance of second chances, because people change, even those who have caused terrible harm.

As we passed a church on the property that was built by the men, for example, I was struck by what they had accomplished — and what it demonstrated. I saw two incarcerated men working on a building with all of the tools they needed: hammers, nails, screwdrivers, screws, it was all there. It was a striking visual that remains stamped in my memory. Although I strongly believed that it was wrong that they were working for pennies on the dollar, their ability to do so conveyed a sense of collaboration and responsibility that led me to also believe they had hope.

The system is complicated.

Throughout my visit at Angola, I saw men working and trying to better themselves through a variety of impactful programs offered there. Yes, some will, in fact, die in prison, while others will earn the second chance they deserve.

Unfortunately for the men awaiting their second chance in America, their fate rests with the political, and not with what is right. In several states, freedom is not just determined by one’s actions while incarcerated or even by the parole or pardon board. In some cases, situations like pardons require the signature of the governor of that particular state, whose contact with the person who is incarcerated is limited to a manila file folder even if the state-approved board has deemed the person worthy of a second chance.

Legislators have the power to change that, and in some cases, states have created a “no action” law that allows for pardons to go through with the recommendation of the board if it is not signed before the governor has left his term. This takes the burden of a final decision off the back of the governor, who may or may not have political concerns, while offering the offender a second chance based on the approval of the experienced members of the pardon board.

Many men and women who deserve second chances remain in prison because of politics or because they are considered a high-profile case in their state. It’s not fair to the incarcerated men and women or the bodies that govern them.

And then a third thing occurred to me.

Overall, spending time with the people at Angola led me to question my own views of forgiveness. As a follower of Christ, I believe that we are forgiven. But I had to ask myself, “Am I really forgiving others? If my forgiveness is conditional, is it real?” I’ve spent many years holding grudges against people who’ve wronged me in some way, and I imagined the grace summoned by victims of crime when they forgive those who have harmed them. I seek the peace and freedom that the forgiven men feel.

Many of the men at Angola had already found peace through Christ, which allowed them to feel forgiven. As I prayed with them at the end of our visit, worshipping alongside men who had committed violent crimes and were now paying their debt to society, I witnessed the power of real forgiveness. It was a lesson that I carried with me when I left, and it is a lesson that I will share with the hope that others can accept and give forgiveness too.