Veterans Day became real for me in May 2012. Before, Veterans Day was just another day off, a holiday I resisted because it seemed to celebrate war.

Not that I didn’t have respect for those who served. I did. My father served in the Navy. Each of my uncles were Army officers, my father-in-law was a lieutenant, my cousin spent his entire career in the Air Force.

Still, it wasn’t until 2012 that I developed a reverence for and realized my family’s deep military roots and faith in this country’s potential.

My father died in April 2012 at age 94. Shortly afterward, I came across his father’s enlistment record and honorable discharge papers. William H. Rhoden was a first sergeant in the 370th Infantry of the U.S. Army, one of the more than 380,000 Black soldiers who served in the Army during World War I. The Illinois-based 370th Infantry Regiment was one of a handful of African American regiments that served in World War I and was the only regiment commanded entirely by Black officers.

My grandfather first enlisted on Nov. 4, 1895. He subsequently reenlisted five times before being honorably discharged at the conclusion of the war in 1918. My recurring thought was that my grandfather and all of the other African Americans who enlisted had no reason to serve a country that did not serve them, that treated African Americans horribly. Many Black soldiers returning from the war were subjected to violence, some were lynched, all were relegated to the same Jim Crow morass that they left.

For the last two weeks, I have been collaborating on a Veterans Day video tribute with Tony Dungy and Jonathan Scott. Dungy is a Hall of Fame and Super Bowl-winning head coach and Scott is a senior at Hampton University, a Rhoden Fellow with The Undefeated and an Navy veteran.

During one conversation with Dungy, I discussed the discovery of my grandfather’s papers. Dungy said he had a similar eye-opening surprise about his father, Wilbur Dungy. Dungy’s dad received his bachelor’s and master’s degrees from the University of Michigan, and his doctorate in zoology from Michigan State University.

But it wasn’t until his father’s funeral service in 2004 that Dungy learned that Wilbur Dungy had also been a member of the Tuskegee Airmen, the nation’s first Black fighter pilots.

“He never talked about being in the Airmen,” Dungy said. “And at his funeral, one of his good friends got up and gave a presentation and talked about him. He said, ‘One of the proudest moments for us was when Will Dungy was in the Tuskegee Airmen.’ And I was like, ‘What?’ ”

Throughout Dungy’s adolescence, whenever he would complain about unfair treatment from white people, his father made it clear that he did not want to hear it. “When I would complain, he would say, ‘Don’t worry about that. Just make sure you’re doing the right thing. And you take care of business,’ ” Dungy recalled. “ ‘And if something goes wrong, do what you can do to fix it. There was at a time they didn’t want us to fly. So we had to teach ourselves.’ ”

In 1993, Dungy was the defensive coordinator for the Minnesota Vikings. The Vikings had the NFL’s No. 1 defense, but Dungy did not get a call to be interviewed for a head-coaching job. He was discouraged and disappointed and he reached out to his dad. “He gave me one of those lines: ‘Hey, don’t worry about it. Teach yourself how to fly and keep going.’ ”

Dungy thought the flight reference was simply a metaphor for the need to move forward and not make excuses. He didn’t realize until the funeral that his father was being literal, that he had become a fighter pilot over the objections of a significant part of the U.S. military establishment.

Dungy had two theories about why his father never discussed his Tuskegee experience. The first was humility. “I think that was a big part of it,” Dungy said. His father had a doctorate, but he never talked about himself as a Ph.D.

“That’s the way those guys were. If you’re really good, it’s going to come out. You don’t have to broadcast it,” Dungy said.

The second reason was shame, embarrassment and pain over the humiliating treatment they received from the Army and from the country for which they fought.

“I think there was a part of ‘I don’t want to go back in the past. I don’t want you guys to feel the hurt that we felt. Let’s build on it. What can we do to make the situation better? How can we move forward?’ ”

We always prove them wrong

Black people were not supposed to have the physical or mental acumen to be fighter pilots. The program at Tuskegee Institute in Alabama was a government-financed training program created to determine whether Black people could become elite fighter pilots.

Dungy did not know that his father was a pilot. He knew that he served in the Air Force and had to endure segregation despite his service. He remembers asking his father how he felt after he fought in the service and couldn’t ride in the front of the bus.

He had a doctorate but could not teach at a white school. “He said it was a bad feeling but that he had to do what he had to do to make the situation better,” Dungy recalled. “He said, ‘I had to look forward, not look backwards,’ and that kind of attitude just rubbed off on me. So as I’m going through and trying to make my way up, I just kept thinking about that. Don’t worry about what’s happened. Don’t worry about any of the problems, just keep fighting. Don’t let anybody define you, keep making the situation better and be the best you can be.”

The Tuskegee fighter pilots were largely on their own. They did in fact teach themselves how to fly. The lesson Dungy learned from his father was to help other African Americans to achieve. Dungy was a star high school quarterback in Jackson, Michigan, and wanted to play that position in college beginning in 1974. This was at a time when Black quarterbacks at white schools were rare. His father told him he could be a leader: “He told me: ‘You can be a quarterback if that’s what you want to do, don’t settle for anything less.’ ”

Dungy chose the University of Minnesota, largely because the school had already had a sensational Black quarterback in Sandy Stephens.

“I met Sandy Stephens on my recruiting trip,” Dungy said. “He’s leading them to the Rose Bowl, he’s a Heisman Trophy candidate. He’s an African American quarterback when it wasn’t popular to do that. So I said, man, this place has a history. And that’s where I want to be.”

Dungy aspired to be an NFL head coach. There were no role models for that, but he felt his father’s influence. “I can hear his voice in my head,” he recalled. “Don’t let other people define you. You do what you need to do. If you have to train yourself, train yourself and be the best that you can be. And you might have to be better. Don’t get mad about it, just be better. And that, that was the approach that I took.”

In 2007, Dungy became the first African American head coach to win a Super Bowl when he led the Indianapolis Colts to a victory in Super Bowl XLI.

Being the first is a reflection of systemic racism that denies opportunity. This was the point Dungy made in his Hall of Fame speech in 2016 when he acknowledged so many of those who had come before but were denied.

“You mean to tell me Jake Gaither, John Merritt, Eddie Robinson – none of these guys would have, would not have been in the same spot had they been given the opportunity?” Dungy said. Gaither, Merritt and Robinson were the head coaches respectively at Florida A&M, Tennessee State and Grambling. “It really did hurt. I knew I shouldn’t have been the first one in the modern era. It shouldn’t have been that way, but that’s what we had to go through. And hopefully then you push through and you fight through some perceptions and you prove people wrong. And then you open the door for other people.” 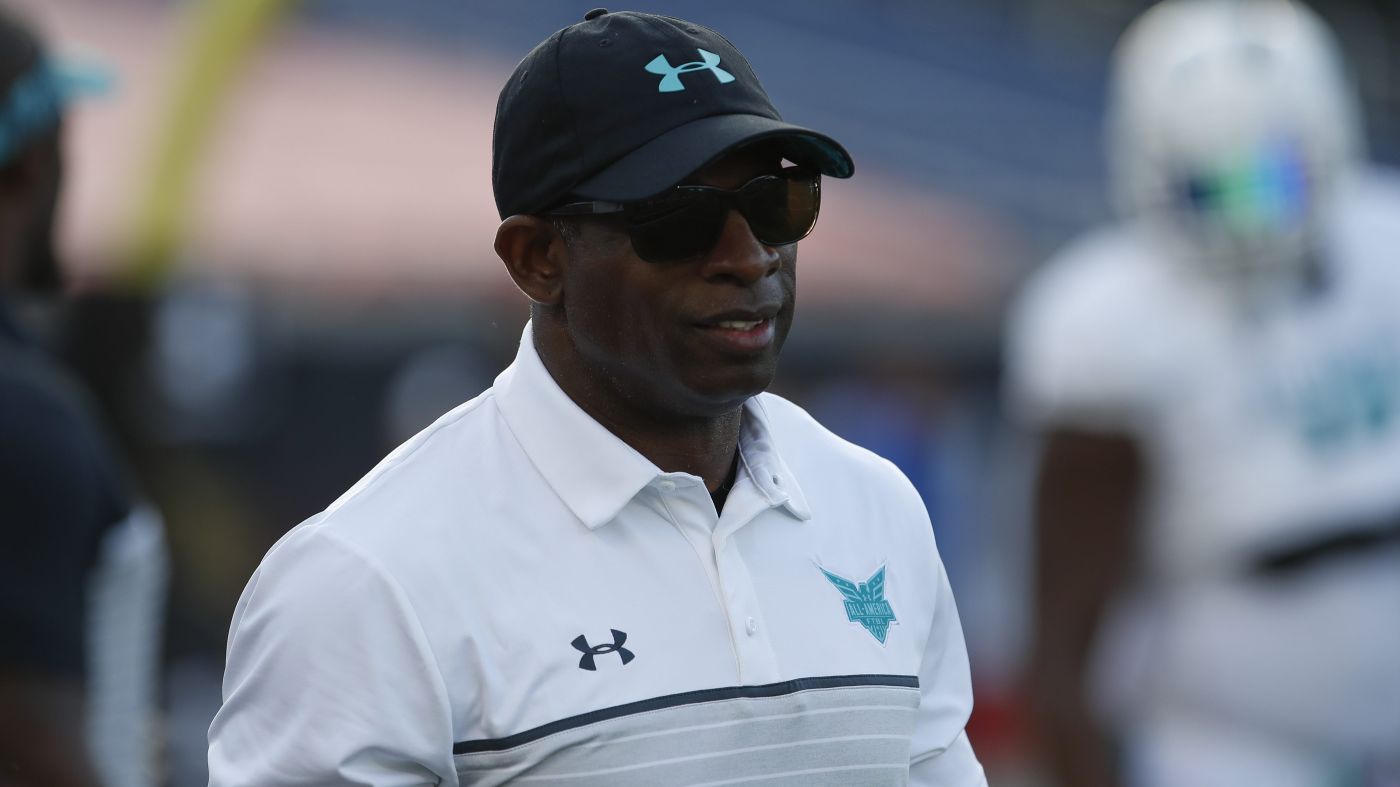 The Tuskegee Airmen opened doors and opened the eyes of a generation of white aviators who owed their lives to the so-called Red Tails. Between May 1943 and June 1945, the Airmen won more than 850 medals and never lost a single bomber to enemy action. Sixty-six Airmen died, but they saved thousands more and helped turn the tide of World War II.

World War I soldiers like my grandfather and fighter pilots like Wilbur Dungy didn’t stop racism, but they provided inspiration for a generation of African Americans by sending a message:

“We aren’t going to give up and you can’t give up,” Dungy said. “You’ve got to keep fighting because you’ve got to make it better for that next group. That’s what it was with those Airmen.”

They also inspired Dungy and me to look at Veterans Day through a personal prism.

“My dad was a veteran and so many Black Americans were veterans,” Dungy said. “I went to high school with guys who went to Vietnam and fought and came back and they were never the same. These guys and my dad’s group put their life on the line, even though they didn’t get credit for it.

“I’m going to celebrate that.”