Timberwolves’ Anthony Edwards: ‘I think I can be as good as anyone’

With his all-around game, the Minnesota guard is establishing himself as a known quantity despite limited national TV exposure

Perhaps soon, Edwards will become one of the NBA’s favorite players at large as he becomes more familiar to fans outside of Minneapolis.

The 20-year-old Edwards, the No. 1 overall pick in the 2020 NBA draft, entered Tuesday as the NBA’s 20th leading scorer at 22.7 points per game while playing with Towns and D’Angelo Russell. Edwards’ game features athleticism, highlight-reel dunks and 3-point shooting reminiscent of Basketball Hall of Famer Tracy McGrady. Edwards also is an underrated defender, and has a lot of personality to boot.

But when the top-selling NBA jerseys were announced on Jan. 21, Edwards showed he has some popularity to gain: He did not make the top 15.

Edwards acknowledged that NBA fans probably are late in their education about him, primarily due to the coronavirus pandemic.

At the University of Georgia during the 2019-20 season, he averaged 19.3 points, best nationally among freshmen, but the team received little attention due to its 16-16 record and 5-13 mark in the Southeastern Conference. The 6-foot-4, 225-pounder averaged 19.3 points, 4.7 rebounds and 2.9 assists as a rookie, but the Timberwolves were not on ESPN or TNT last season.

The 2021 Rising Stars Challenge, pitting the NBA’s young stars against each other during All-Star Weekend, was also canceled due to the pandemic. Edwards also had what was widely regarded as the top NBA dunk of last season with an above-the-rim, one-handed jam over the Toronto Raptors’ Yuta Watanabe without fans in attendance.

“I perform better with fans in the crowd, man, because I like the energy that they bring,” Edwards said.

Edwards came in second in the 2021 NBA Rookie of the Year voting to Charlotte Hornets guard LaMelo Ball. Edwards has said several times he didn’t care about not winning rookie of the year and is focused on bigger goals, such as winning the league MVP award.

During his sophomore NBA season, the Atlanta native has actually shown flashes of MVP potential months before turning 21 years old on Aug. 5.

Edwards has four career 40-point games, which ties him with Luka Doncic and Kevin Durant for the second-most 40-point games before turning 21. Edwards also joined Doncic, LeBron James and Blake Griffin as the only NBA players to have 2,000 points, 400 rebounds and 300 assists in their first 100 games. Last month against the Denver Nuggets, Edwards became the youngest player to make 10 3-pointers in a game.

When asked what his ceiling was as an NBA player, Edwards said: “I don’t think I got one. I think I can be as good as anyone.”

Edwards, who scored 27 points in a loss to the Warriors in his first nationally-televised NBA appearance, has also shown a lot of personality off the court. Edwards prefers to be called “Ant” over Anthony. He is a dog lover and has an Instagram page for his dog, Ant Jr.

Edwards also appears to have some Muhammad Ali traits, as he’s known to boast about how good he is while regularly backing it up in the process.

“You [media] guys get the big, big pieces,” Timberwolves coach Chris Finch said of Edwards’ personality. “But we get that all the time. He is superconfident, real and genuine. A lot of guys have a confidence that hides an insecurity. He’s not that. He knows who he is as a person. He knows who he is as a player. He also knows what he can’t do and struggles with and where he needs to get better. He owns that.

“He is confident in his ability to do most things. He is an absolute joy to coach. Every day he is the same. Always in a great mood. Always with a great smile. It doesn’t matter if he does play well or doesn’t play well. Every day he has the same approach and same attitude.” 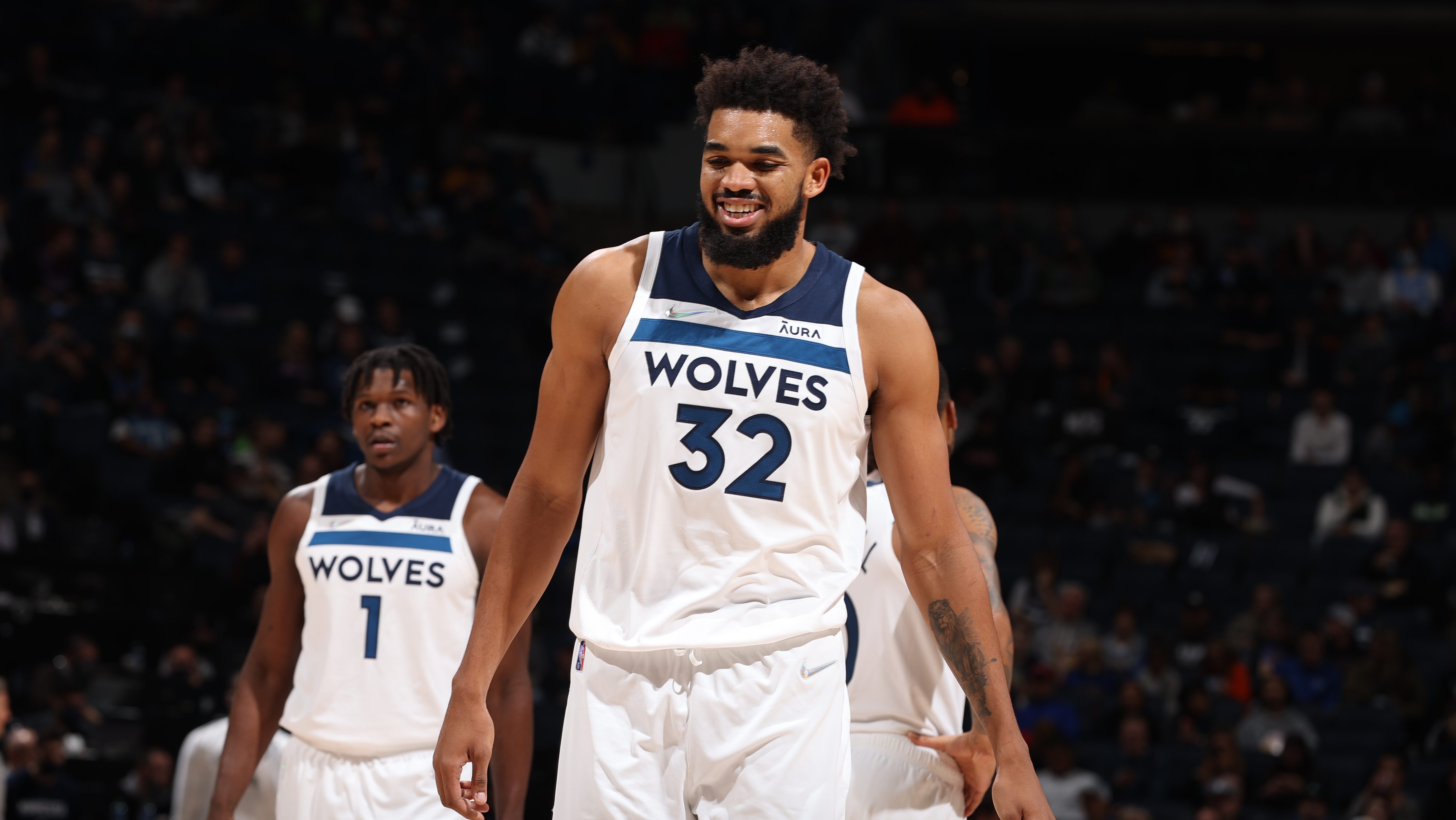 For Karl-Anthony Towns and the Timberwolves, it’s coming togetherRead now

On his growing celebrity, Edwards said: “It doesn’t do anything to me. I’m just trying to win basketball games.”

James, Nuggets center Nikola Jokic and Warriors forward Andrew Wiggins landed the three coveted West frontcourt spots to be starters in the 2021 NBA All-Star Game in Cleveland on Feb. 20. Edwards finished 10th in voting among West guards. While the fans voted Edwards 11th, the media voted him seventh overall and he finished eighth among NBA players.

While Edwards acknowledged it was “pretty good” to finish 10th in his second season, he added: “It is pretty special, but it won’t mean anything unless I get in it.”

Edwards’ next national television appearance is expected to be Feb. 18 during the Rising Stars Challenge during All-Star Weekend. The exhibition will feature four seven-player teams with 12 rookies, 12 sophomores and four NBA G League Ignite players competing in a three-game tournament with each game having a final target score. Edwards also says he is looking forward to seeing Hall of Famers Michael Jordan and his mentor Allen Iverson as they are celebrated among the Top 75 players in NBA history.

“We’re going to get to the playoffs this year. We’re clicking right now and it can only get better.”

Edwards is believed to be a long shot to make the NBA All-Star Game, but could be invited to take part in the dunk contest, 3-point competition or skills challenge. With aspirations of being an NBA All-Star, Edwards is holding out hope with Thursday’s announcement of All-Star reserves.

“My main goal is to get into the All-Star Game,” Edwards said. “I know I am going to get in the Rising Stars Game. I want to be in All-Star Game.”

Edwards’ confidence isn’t just individual. He has a lot of confidence in the Timberwolves and his fellow stars as well.

Minnesota has not been to the postseason since 2018. The Wolves enter Tuesday with the West’s eighth-best record at 25-25. Edwards is confident they will make it to the playoffs.

On the Wolves’ Big Three of himself, Towns and Russell, Edwards said, “Us three versus any other three in the league, I love us versus anybody,” and described it as “supertalented.”