Thomas Q. Jones is pushing for the positive portrayal of Black men in Hollywood

Thomas Q. Jones, who played 12 seasons in the NFL, got a totally different perspective on the game and its fanaticism when he spent football Sundays in sports bars with friends after he retired.

Jones saw the type of up close-and-personal passion he wasn’t used to as a player.

“I’d see these fans going wild about their teams, and they’d say crazy things about players as if they weren’t human,” Jones said. “That motivated me to want to be recognized more as a creator and a thinker, and not just an athlete with a ball in my hand.”

Jones set numerous records at the University of Virginia and became the 25th player in NFL history to rush for 10,000 career yards. After retirement following the 2011 season, Jones became an actor and producer and dreamed of changing how Black men are portrayed in Hollywood.

Thomas is aware of the challenges.

“For years, it’s just been ignorance [on Hollywood’s part] because some people didn’t think that the masses would want to see positive images of Black men,” Jones said. “But part of it is our fault, too, as Black creators, because we have to create the content that we want people to see us as. And we have to take some of the blame for that. Sometimes, when we do have an opportunity to make a specific type of content, we err on the side of what’s popular and what’s typical.”

Disparaging images of Black men in Hollywood are nothing new. Minstrel shows, subservient roles, pimps, drug dealers and womanizers have been all too common in the entertainment industry. These stereotypes go back to slavery and that has played out historically in film, said Northern Kentucky University Black Studies professor David Childs.

“We’ve also seen some progress,” Childs said. “Look at what Jordan Peele is doing with horror films. Instead of [Black men] dying in the first moments of the film, Peele is showing the Black man as a hero. White people actually die early in Peele’s films. Things have opened up. There are more films, like Black Panther, that show African Americans being successful and as heroes.”

“Hollywood is very ignorant at times on how they cast Black men,” Jones said. “I wasn’t offered a lot of roles where I was a law-abiding citizen, a family man, a good brother, or a friend.”

But a meeting with actor, writer and producer Deji LaRay created a bond and business partnership between like-minded men. LaRay, who had roles in television series including Greenleaf and Bosch, created his own series called Johnson. It’s about four Black men who are close friends and unrelated but share the same surname. The show follows them as they navigate love, friendship and personal growth.

“When I started casting with different actors, a friend told me that Thomas would be right for one of the roles,” LaRay said. “When I met Thomas, we just clicked. We share the same views when it comes to how Black men are portrayed.”

The meeting between Jones and LaRay led to Jones becoming a producer on the project. The duo formed a production company, Midnight Train Productions, and shot a pilot for Johnson. Two years later, Bounce TV picked up the comedy-drama series, which ran for two seasons (2021 and 2022). Johnson is also produced by comedian-actor Cedric the Entertainer and Eric C. Rhone, and also stars comedian D.L. Hughley. 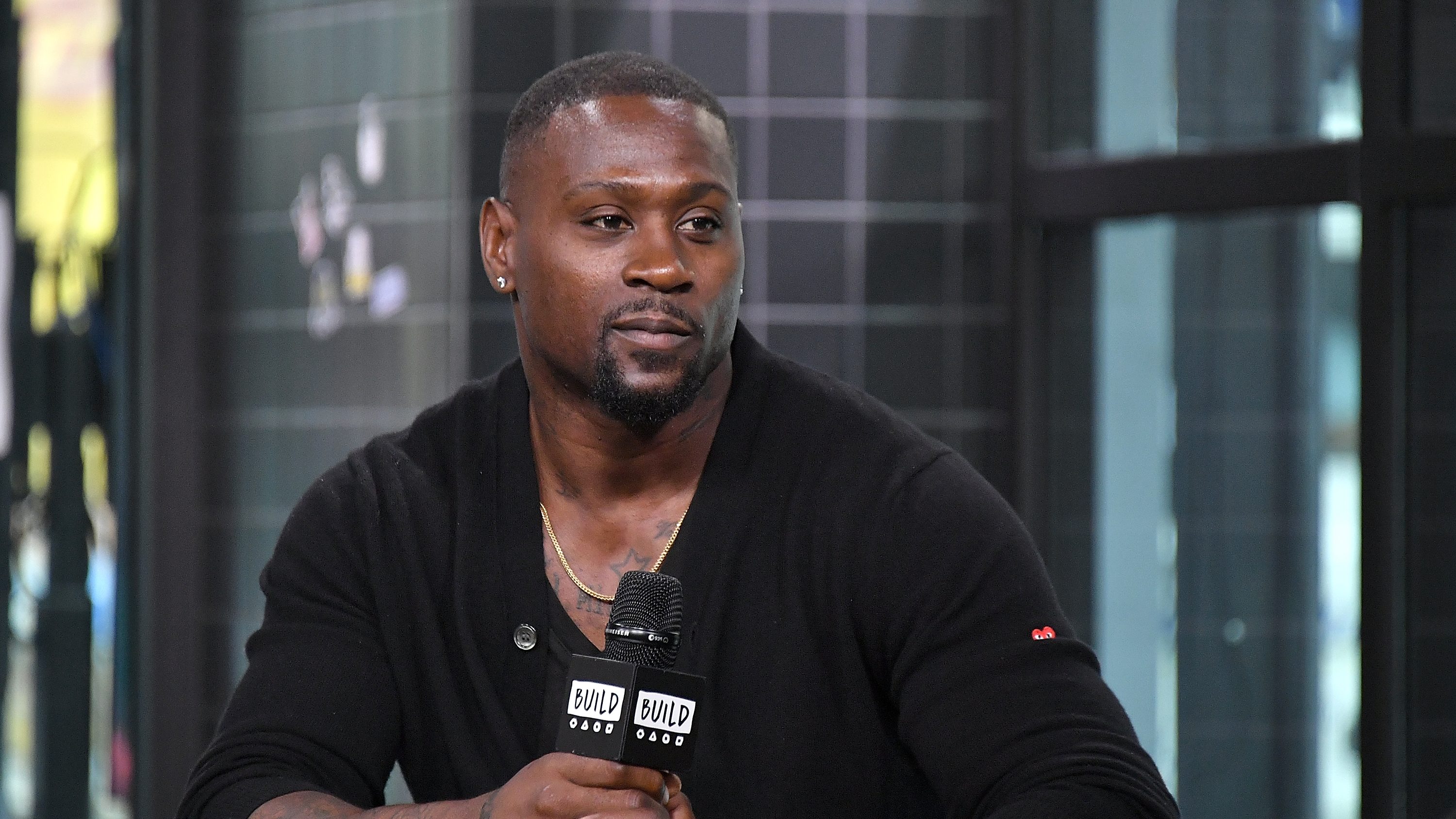 “Deji and I both had a vision to be this kind of beacon of light for all the Black men that don’t feel they’re getting represented properly in the media,” Jones said.

The possibility of a third season is in discussion with Bounce TV. Either way, LaRay and Jones have made an impression.

“We’re getting DMs [direct messages], emails and messages from people saying how they love the show, and how it brings up important topics, and how it changed people’s lives,” LaRay said. “That’s how we measure success, by letting the show find its audience.”

Neither LaRay nor Jones are overly critical of shows that don’t necessarily portray Black men in a positive light, because for them, films should represent a variety of roles within the culture.

“The Wire is one of my favorite shows of all time, but you need balance, and you have to be able to say, ‘OK, I watched that, now let me watch something that showcases us in a different light,’ ” LaRay said. “All we wanted to do was just create some balance.”

Besides Johnson, Jones is involved with several projects. He’s executive producer and narrator of Life After, a docuseries that follows the challenges of retired NFL players. There are also a few pending TV series, and the film Corsicana, a western directed by veteran actor Isaiah Washington, who also stars in the film. Jones plays a young Bass Reeves, the first Black deputy U.S. marshal west of the Mississippi River. Reeves killed 14 outlaws and took more than 3,000 into custody. Many believe The Lone Ranger character was inspired by Reeves.

“Playing a young Bass Reeves is one of the proudest moments of my life,” Jones said. “He was such a legendary man, and I’m forever thankful to Isaiah Washington for choosing me for the role. The doors have been opened for us in Black Hollywood to make films about historical figures we want people to learn about, and to understand the influence they had on American and global culture.”

Jones’ understanding of making positive impressions began while growing up in the coal mining town of Big Stone Gap, Virginia. He led his high school to consecutive state football titles and set the state’s record for most rushing yards in a season. At Virginia, Jones became an All-American and the school’s all-time leading rusher. As a first-round pick (seventh overall) in the 2000 NFL draft by the Arizona Cardinals, Jones finished with 10,591 yards and 68 touchdowns.

“I’ve been able to be successful across the board because my family instilled hard work,” said Jones, who also played with the Tampa Bay Buccaneers, Chicago Bears, New York Jets and Kansas City Chiefs. “I was able to do things because I’ve maximized opportunities, and I wanted a project like Johnson that highlighted Black men that are being incredible citizens, great fathers, entrepreneurs, ambitious and the emotionally intelligent Black men that we are. I wanted to be an example of that.”