The WNBA is getting more than a star in Satou Sabally

The likely No. 2 pick in the draft has big plans on and off the court

In 2017, the University of Oregon’s women’s basketball team visited the Muhammad Ali Center in Louisville, Kentucky, during an off day on a road trip. After nearly 90 minutes, most of the players were ready to depart. One player, however, was in no hurry to leave.

Satou Sabally, a freshman at the time, wanted to learn more about the legendary boxer, activist and philanthropist.

“I’ve said in 1,000 interviews that she is the most interesting player I’ve ever coached,” Oregon head coach Kelly Graves told The Undefeated. “I think they thought I meant as a player. No. She’s interesting. …

“A lot of athletes were really bored at the Ali museum talking about, ‘When are we going to go, coach?’ That’s including some of our African American athletes. Satou was the one who said, ‘Coach, I love this.’ She would stand at the murals and actually read about Ali. That’s when I learned this kid is special. She’s different. She was really interested in it. It moved her. And she’s from Germany.”

Sabally, who is now a junior, has gone on to create her own history at Oregon. This season, she won the 2020 Cheryl Miller Small Forward Award, honoring the nation’s top small forward, and averaged 16.2 points, 6.9 rebounds and 2.3 assists. On Friday, she will likely be the No. 2 overall pick in the WNBA draft (ESPN, 7 p.m. ET) by the Dallas Wings.

Whichever team selects her will be getting not just a potential superstar, but a player who is ready to use her platform.

“I’m really active on social media about racism and equality,” Sabally told The Undefeated. “It has to be more spoken about it. … I want to use my platform to shine a light on it and speak about it.

“I am always willing to talk about racism with other people. I’ve had so many conversations with fans who want to know more. Some feel misunderstood. Some feel I’m in the wrong, even. I have conversations and talk to them about it. I feel like I had a good standpoint bringing the white and black perspective because I am mixed.”

Sabally is proud to be the daughter of her Gambian father, Jerreh, and German mother, Heike.

Sabally was born in New York City in 1998. When she was 2, her parents moved the family to the Republic of The Gambia to live in her father’s family compound. She fondly recalls living in the small West African country.

“My early memories were being at our family compound playing with all my girlfriends around there,” Sabally said. “You can go through the streets to the beach, but we always took the route through the fields.

“I could eat rice and sauce every day. My siblings and I joke about that.”

The family moved to Berlin when Sabally was entering the first grade, primarily hoping to get a better education for their children. But their household (Sabally is one of seven children) was still raised in Gambian culture, with her mother regularly cooking Gambian food instead of German cuisine.

Basketball would come into her life soon after.

Sabally and her younger sister, Nyara, were discovered on a playground by a female basketball coach who noticed their height at ages 9 and 8, respectively. Sabally began going to basketball practices and fell in love with the game. She was the only girl on her first youth basketball team.

“I began dreaming about playing in the WNBA when I learned about it at age 14,” Sabally said.

During her teenage years, she was also exposed to racism for the first time. People asked about her biracial background and whether she was actually German. She became uncomfortable wearing African clothing because she believed the locals thought the look was “too exotic.” It also pained her to see her brothers get racially profiled.

“Colored people in Germany experience that a lot. Racism was more subconsciously, not toward me. They were making some comments, touching my hair, that kind of stuff. My little brothers couldn’t go into a supermarket without being followed.”

But those challenges didn’t deter her from pursuing her goals. Sabally, who is a big fan of Dirk Nowitzki, would go on to play for German pro team Eisvogel USC Freiburg. Not accepting pay allowed her to keep her eligibility to fulfill her dream of being a student-athlete in the United States and play in front of large crowds.

“I wanted to learn the American culture,” Sabally said. “I was born here, but I couldn’t really identify with American culture, which I can do a lot more now. I also wanted to pursue my education. That was really important to me. In Europe, we don’t have the same resources to combine education and sports.”

After visiting Oregon and Oregon State in 2017, Sabally accepted a scholarship with the Ducks.

Sabally has gone on to become one of Oregon’s greatest basketball players in just three seasons. The two-time All-Pac-12 Conference selection finished her career seventh on the school’s all-time scoring list with 1,508 points. She also led the Ducks to a stunning triumph over the U.S. women’s national team on Nov. 19, 2019, by scoring 25 points.

“Every year she added something new and significant to her game and continued to get better and better. She has a ton more. I can’t wait to see how good she is going to be,” said Graves.

The Ducks were the No. 2-ranked team in women’s hoops with a 31-2 record this season. Sabally strongly believes the Ducks would have been national champs had the NCAA tournament not been canceled due to the COVID-19 pandemic.

“No one would have ever thought that a pandemic or virus would have ended our season,” Sabally said. “When it happened, we were all in disbelief. I was in shock. There will always be a ‘what if’ … but I am really confident we would have won. … People say other things. But we were playing almost effortlessly beautiful basketball.”

Sabally had formed a dynamic duo with teammate Sabrina Ionescu, the first college basketball player, female or male, to earn more than 2,000 points, 1,000 assists and 1,000 rebounds in college. Ionescu is projected to be the No. 1 pick in the WNBA draft by the New York Liberty and often overshadowed Sabally. But Sabally has taken it all in stride.

“Of course I would have gotten more attention if I went somewhere else,” Sabally said. “But that wasn’t necessary for other people to see me. I love Sabrina. She said we are one of the greatest duos in history. I am never a teammate that says I need this more or that more. I never said that with my coaches. I go with the flow.

“I’m selfless and she’s selfless. I feel like that was the perfect duo. If one of us were selfish, it wouldn’t have allowed us to be such a great duo.” 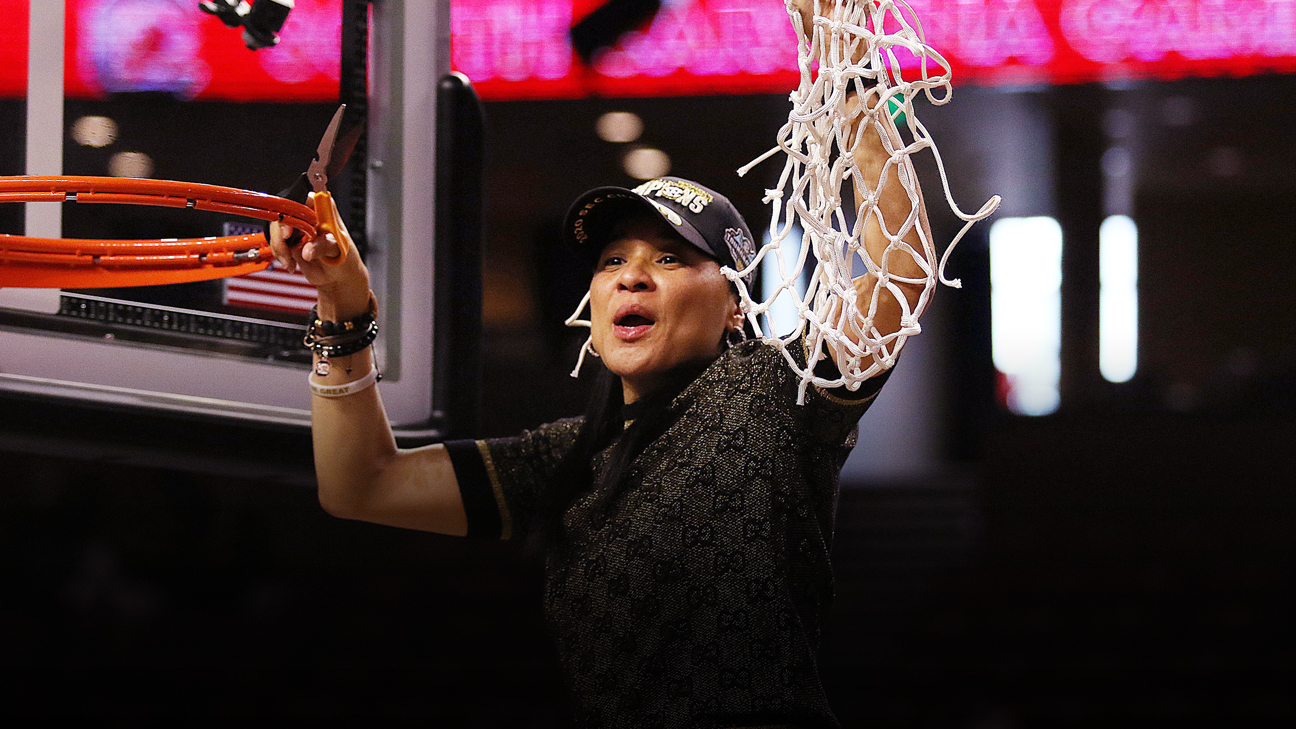 With Ionescu finishing her senior season, Graves believes Sabally could have returned as the face of women’s college basketball in 2020-21. But Sabally chose to go to the WNBA early, believing she had nothing more to prove.

The hardest part of Sabally’s decision to leave for the WNBA was not getting to play with her sister, Nyara, who also accepted a scholarship to play at Oregon but missed her first two seasons due to a knee injury.

“It wouldn’t have made sense to stay another year. I always supported her. If she stayed, obviously, I would have loved that. But she was ready to leave and I saw that,” Nyara Sabally said.

Sabally, who is scheduled to earn her bachelor’s degree from Oregon in July, hopes to aid her family in Germany and Gambia financially. She will earn a projected rookie WNBA salary in the $68,000 range, has been offered lucrative deals to play professionally in Europe in the winter and can earn other income from expected endorsement deals.

“I’m just ready for the next step,” Sabally said.

Besides Ali, Sabally said, she is inspired by the activism of LeBron James, Colin Kaepernick and Serena Williams.

“Kaepernick is a huge inspiration, a hero,” she said. “LeBron does so much. But Serena is, to me, the definition of an athlete. It’s amazing to me how she speaks up for unequal opportunities for women.”

Sabally started to become more vocal about social injustice after journalist Laura Ingraham told James to “shut up and dribble” in February 2019 after the NBA star spoke about politics.

“I remember when I saw that lady say, ‘Shut up and dribble,’ and I was peeved about it,” Sabally said. “I walked into the locker room steaming. When LeBron came out with the [More Than An Athlete] shirt and this campaign, this is, like, the perfect description of myself. I never meant to be viewed as just an athlete.”

Others around the game are already taking notice.

“Satou has all the attributes to become of those special players that changes the way we look at basketball on all fronts,” said Phoenix Mercury star Diana Taurasi.

On Friday, Sabally will take part in the 2020 WNBA draft virtually from a friend’s home in Eugene, Oregon, where she plans on wearing customized garb native to Gambia. She says she is open to play anywhere in the WNBA.

“It’s not like I imagined. It’s so weird,” Sabally said of the draft. “I’ve been on a lot of calls preparing a lot of things. I will be there with my family there virtually. I will have two siblings with me.

“I don’t know how it will be on TV. It definitely won’t be as glamorous. But my team is working really hard on making it special.”

When the 2020 WNBA season begins is anyone’s guess. But once it does tip off, the league will be getting something special in Sabally.