O.J. Simpson gets parole and other news of the week 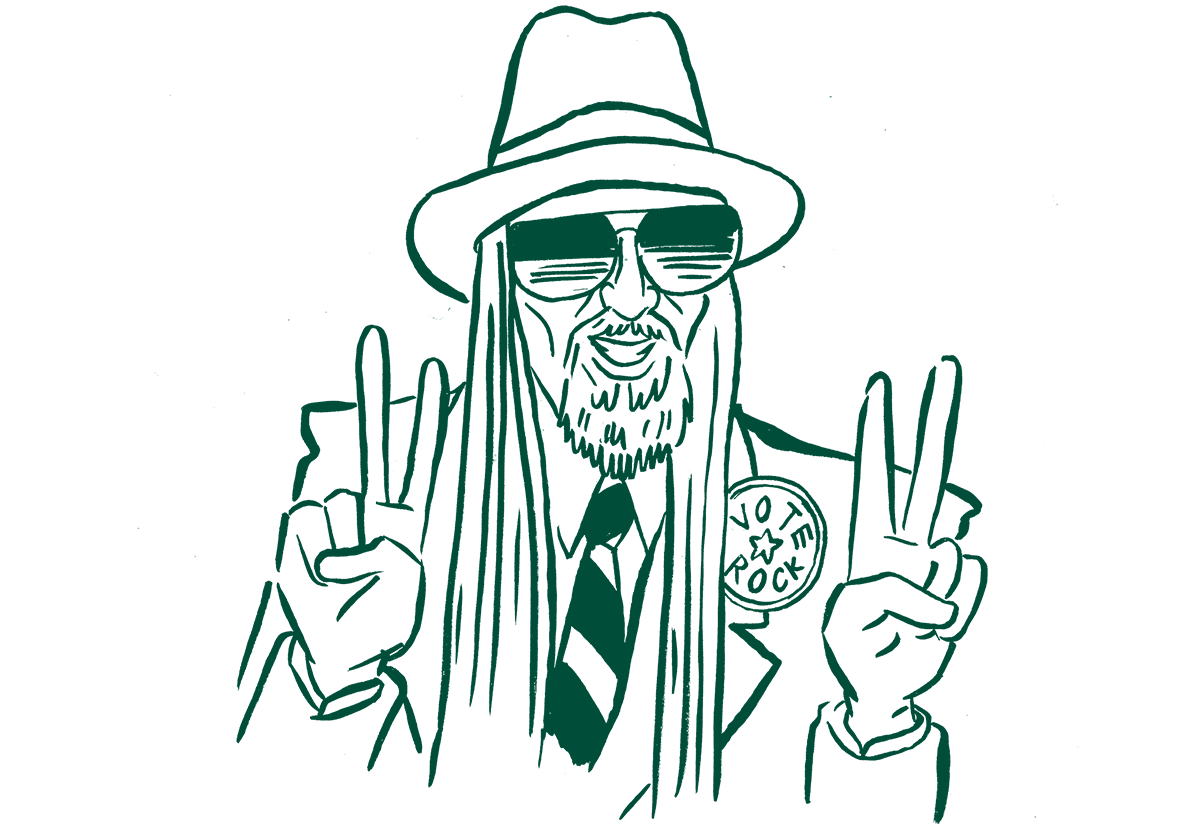 Country rock artist Kid Rock is still pretending to run for U.S. Senate. Professional model Jeremy Meeks, better known as viral star “Prison Bae,” offered this advice to former football star O.J. Simpson: “Stay out of trouble.” The Carolina Panthers fired general manager Dave Gettleman, and instead of receiving heartfelt messages from his former players, Gettleman was laughed at, given the side-eye emoji, and called a “snake.” An American Airlines spokesperson clarified that it was mechanical issues and not a passenger’s passing gas that forced the evacuation of a plane the day before. Walmart apologized for a third-party vendor describing the color of a wig cap on the company’s website as “n—– brown.” A D.C. crime robot drowned itself. Former NFL quarterback Michael Vick, who is hated by many despite rocking a fade haircut, said the first thing embattled quarterback Colin Kaepernick needs to do to repair his image is to “cut his hair” and “try to be presentable.” 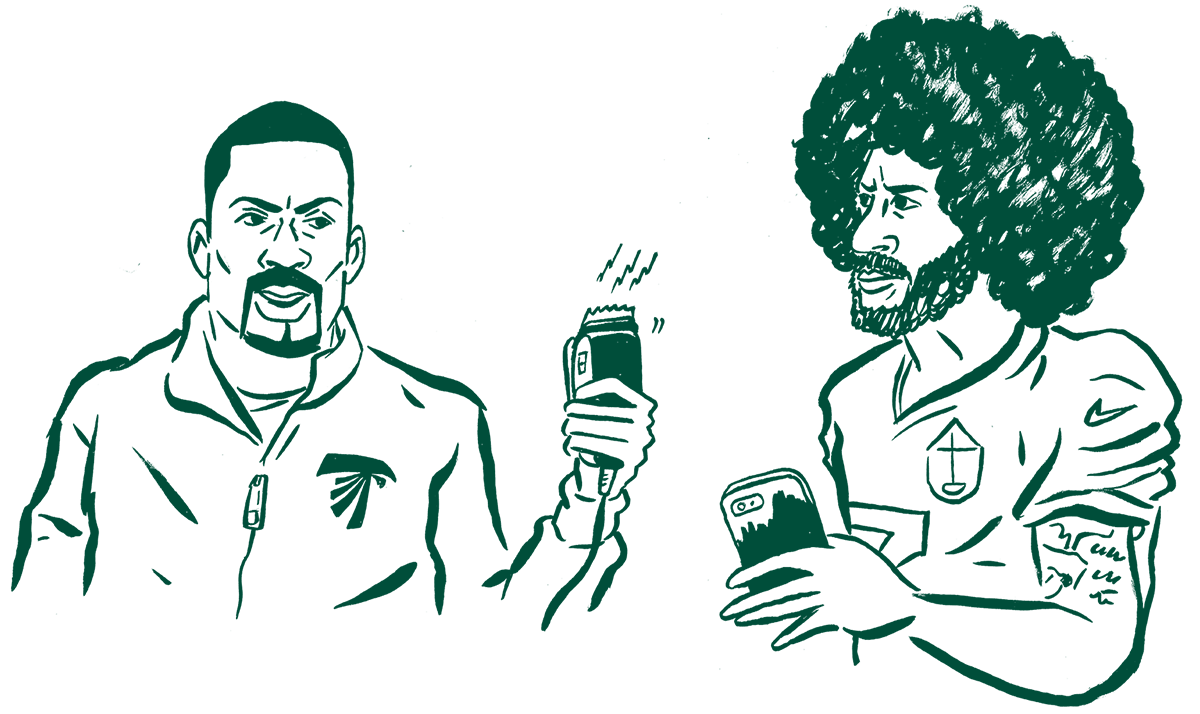 Kaepernick posted the definition of “Stockholm syndrome” to his personal Twitter account. According to a new poll, 22 percent of Americans say they would still support President Donald Trump if he “shot someone on 5th Avenue.” Dallas Cowboys receiver Lucky Whiteside was reunited with his dog by Texas rapper Boogotti Kasino; in a profanity-laden video posted to his Twitter account, Kasino, who’d previously made a video demanding $20,000 for the dog’s safe return asked, “F— I look like stealing a god damn dog, bro?” In gentrification news, a new “Instagrammable” New York City restaurant sells $12 cocktails alongside a “bullet hole-ridden wall,” a supposed remnant of the “rumored backroom illegal gun shop” of the previous ownership (the bullet holes are not real). A Republican mayoral candidate in Florida told an opponent, who is white, and “your people” that if they want reparations they should “go back to Africa.” Chipotle is getting people sick again. 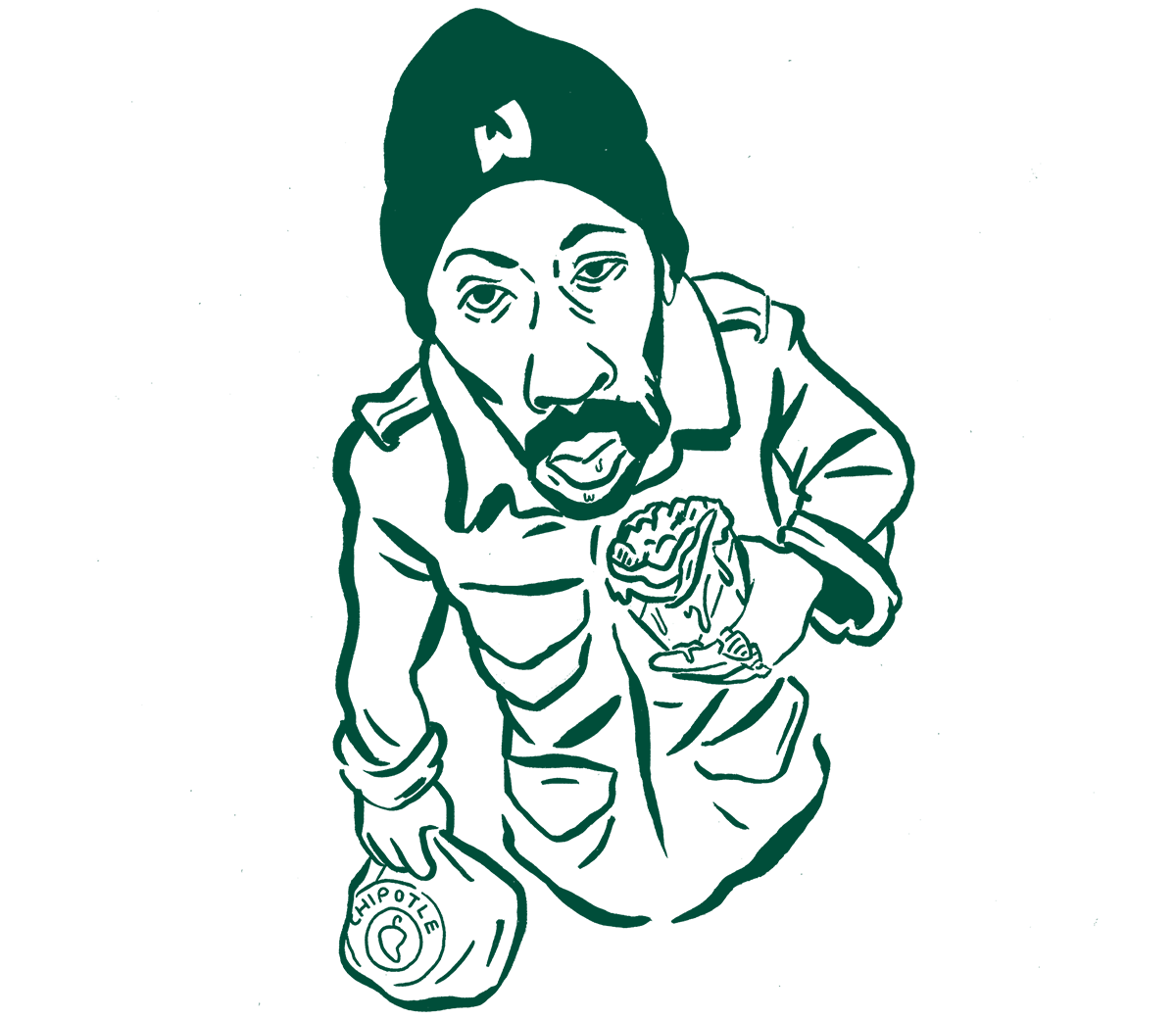 Wu-Tang Clan member RZA was tapped as Chipotle’s newest spokesman in the face of the company’s latest food safety crisis. Rats fell from the ceiling at one of the company’s Dallas restaurants. Oakland Raiders running back Marshawn Lynch has the top-selling jersey in 14 states, including South Dakota and Alaska. In one of WWE’s most daring stunts since “blowing up” CEO Vince McMahon’s limousine in 2007, the wrestling executive’s son, Shane, was in a helicopter that made an emergency landing in the Atlantic Ocean. Inmates at a Florida correctional facility are being denied toilet paper. In the name of science, FiveThirtyEight, who forgot to send an invite, got drunk off of margaritas. The showrunners of Game of Thrones, a show that has more computer-generated dragons than black people, have been tapped to create a Civil War-era series that “takes place in an alternate timeline, where the Southern states have successfully seceded from the Union, giving rise to a nation in which slavery remains legal.” Trump said French President Emmanuel Macron “loves holding my hand.” 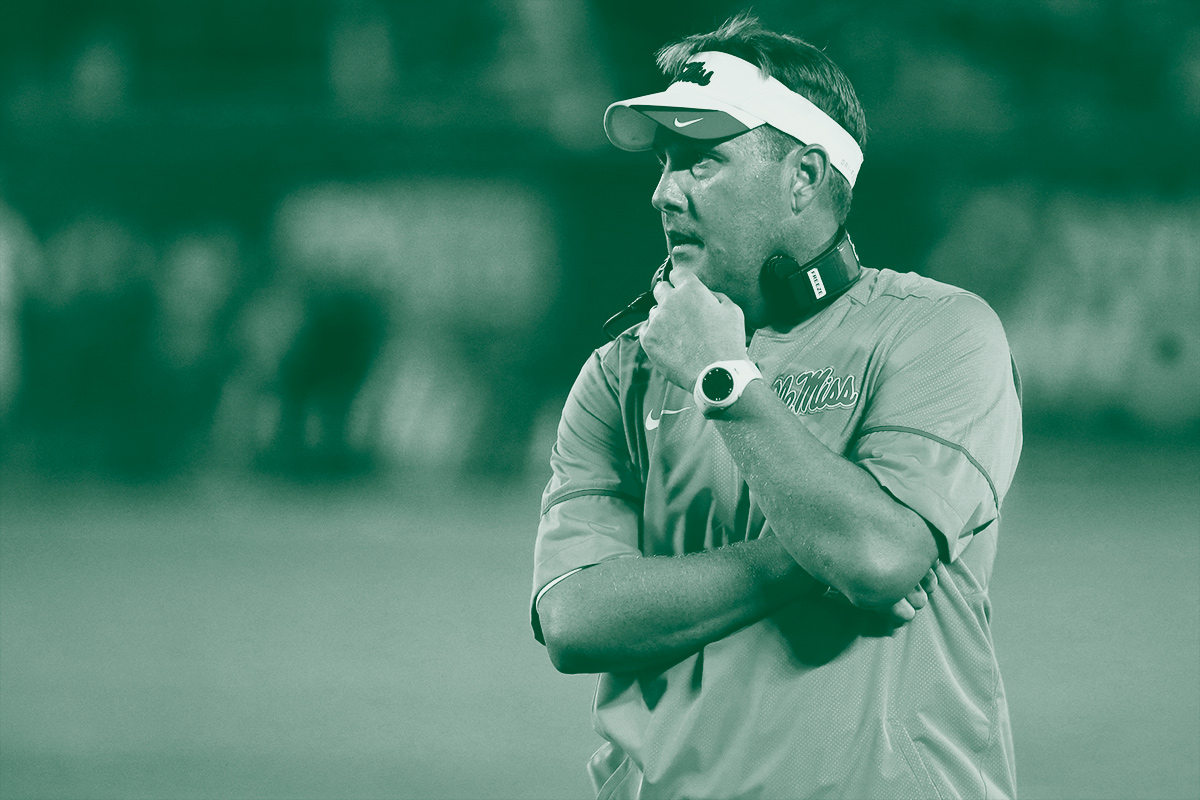 Former O.J. Simpson attorney F. Lee Bailey is now broke, lives with a 62-year-old hairstylist and works as a consultant upstairs from his girlfriend’s salon. O.J. was paroled. A Texas woman, who is about to snitch, was caught with $2 million worth of liquid crystal methamphetamine after she thought it would be a good idea to drive over the speed limit. New York Jets quarterback Josh McCown, who has a career 18-42 record, said the “future is bright” for the team, which went 5-11 last season. “Despacito,” the most streamed song in music history, was banned in Malaysia because of raunchy lyrics like “you’re the magnet and I’m the metal.” Rapper Meek Mill said he was “off the s—s” when he ignited his beef with Drake back in 2015. Ole Miss head coach Hugh Freeze abruptly resigned from the school after it was revealed he used a university-provided cellphone to dial a number associated with a female escort service; four days earlier, Freeze tweeted, “Dear God, I worship You today for the forgiveness of my sins, a love like no other, grace and acceptance, and the blessing of life!!” 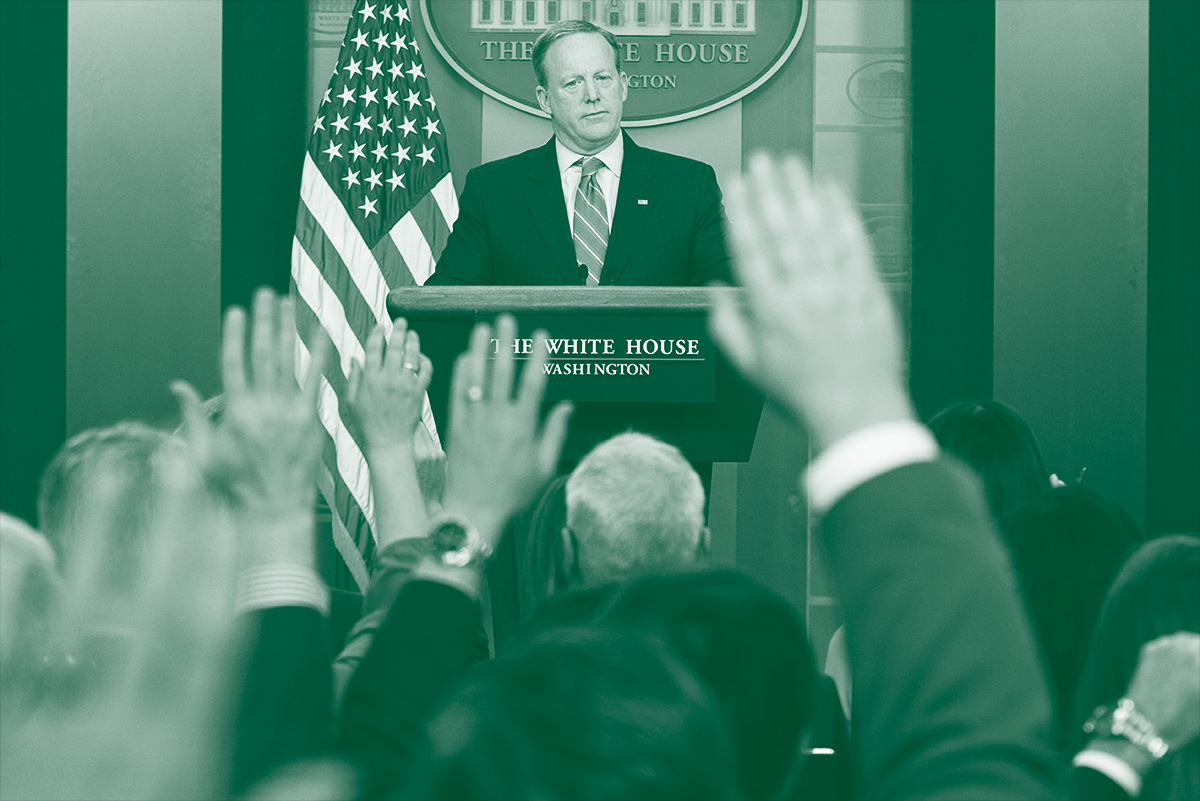 Freeze was offered “lifetime access” to adult-themed webcasting website CamSoda (Warning: NSFW); the site said “camming is a healthy alternative to escorts and the next best thing.” Leonardo DiCaprio, a courageous, humble and common man, will take a commercial flight instead of a private jet to his environmental foundation’s gala. A tweet by R&B singer SZA that simply read “Lol nah” received 20,000 retweets and nearly 27,000 likes. In a move that will prove most damaging to Saturday Night Live, White House press secretary Sean Spicer resigned. Thirty years after Spanish artist Salvador Dalí’s death, his famous mustache was still intact after his body was exhumed to perform a paternity test. Professional golfer Sergio Garcia, competing at the British Open, sent his tee shot near some bushes and hurt his shoulder after swinging his club at the offending shrubbery. A Chicago Cubs writer tweeted that Cubs pitcher Jose Quintana “took LSD into work today and said he wasn’t even sure where the players’ entrance was to Wrigley.” LSD is also a Chicago street.