Despite Damar Hamlin’s tragic injury, Black players in a majority Black league injuring each other each week isn’t hard for viewers to stomach

The tragic injury to Damar Hamlin is disturbing for all the obvious reasons.

The second-year Buffalo Bills defensive back went into cardiac arrest and had to have his heartbeat restored during the team’s Monday night game against the Cincinnati Bengals following a tackle of Bengals receiver Tee Higgins. A player being carted off the field is nothing new to professional football. It’s so common that the Madden video game series used to have injured characters taken off the field by simulated ambulances.

Being desensitized to traumatic football injuries is due to many factors: how common they occur on television, how injuries can be trivialized, how players normally disappear for a few weeks or months and return good as new.

But there’s also another reason why it seems that, no matter how many incidents we see like Hamlin’s, that millions continue to watch: the racial makeup of the NFL. 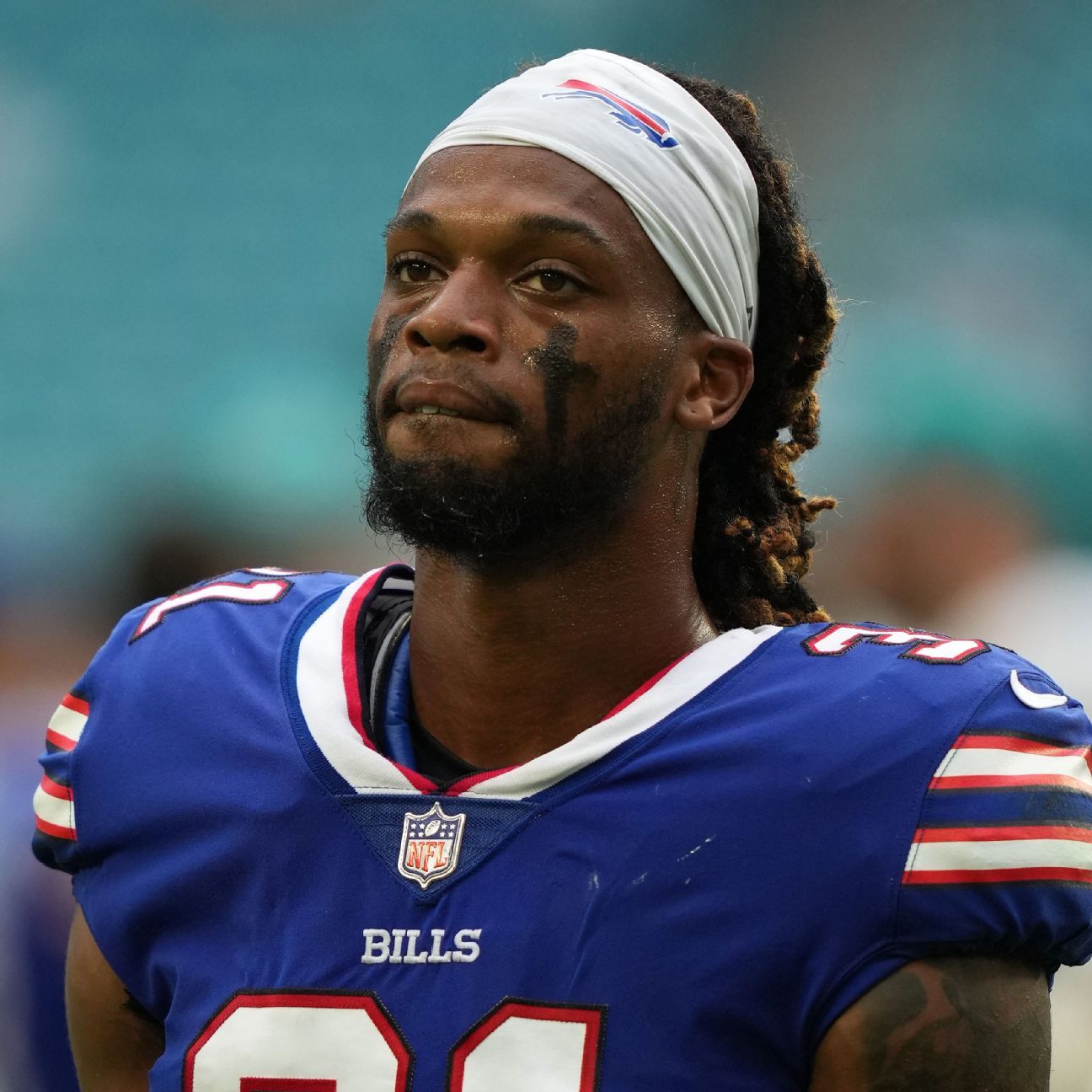 Professional football consists mostly of Black bodies running full steam into one another. So, a bit of dehumanization and exploitation has to happen in order for the viewing public — which is in the millions for every single NFL broadcast — to be able to tolerate this constant series of car crashes on Sundays.

There are centuries of history of Black Americans being dehumanized and exploited, so that doesn’t take much effort.

A former Chicago Bears scout said he liked his players “poor, hungry and desperate.” A 2017 nationwide poll found that opposition to paying collegiate athletes falls along racial lines: Nearly 60% of white Americans oppose paying college athletes, while 54% of Black Americans support payment. Former NFL quarterback Colin Kaepernick wasn’t solely hated because he knelt during the National Anthem; it was that a Black man had the nerve to speak out against white supremacy.

Athletes, particularly the Black kind, are avatars for fantasy football league owners whose only concern is output, health and safety be damned. So, when one of them dies or loses the ability to walk, the public might feign some semblance of concern, but when games need to be played, we’ll step over the discarded bodies to continue being entertained.

Reactions to Hamlin’s injury have been some variation of “This isn’t something that should happen” or “It looked like a routine football play.”

But when a sport is predicated on this fast 200-pound man running headfirst into that 200-pound man, that’s exactly what’s supposed to happen; serious bodily harm is just a side effect of playing football. Hamlin was only on the field because the normal starter, Micah Hyde, had season-ending neck surgery in October after a Week 2 game. Another Bills defensive back, Dane Jackson, sustained a neck injury in the same game as Hyde, requiring a stretcher and ambulance.

Jackson and Hyde, who also took an ambulance to the hospital, are both Black men. Yet, last month Bills fans nearly filled the team’s home stadium despite heavy snow and sub-freezing temperatures. The show must go on.

Minnesota Vikings offensive lineman Korey Stringer died from heatstroke during a July 2001 training camp practice. The 27-year-old vomited three times during the 2 ½-hour morning practice in 90 degrees with a heat index of 110 degrees. Stringer collapsed on the field, was helped to an air-conditioned trailer, but was never treated for heatstroke. He died 13 hours later from organ failure. Less than 36 hours later, the Vikings returned to practice.

Pittsburgh Steelers linebacker Ryan Shazier was temporarily paralyzed after attempting a tackle during the opening minutes of the first quarter of a 2017 game against the divisional rival Bengals. Shazier, who has not played since that day, immediately reached for his back after the tackle and wasn’t moving his legs. A Steelers teammate was described as “clearly distraught” as Shazier was carted away. Shazier was placed on a stretcher at approximately 8:40 p.m. ET; Ben Roethlisberger was throwing an interception by 9 p.m. ET.

On the college level, 19-year-old Maryland offensive lineman Jordan McNair collapsed and later died following a May 2018 workout. The program held less intense workouts weeks after McNair’s death, but a player said it was back to “regular business” once preseason training camp began in August. During a 2010 game against Army, Rutgers offensive lineman Eric LeGrand was paralyzed from the waist down after attempting a tackle on a kickoff with about five minutes left in the fourth quarter. The 20-year-old crashed head-first into the return man, leaving his body in a stiff, Rigor mortis-type position on the ground. LeGrand laid motionless on the field for several minutes before being ushered off the field by a cart. The game resumed shortly after and went to overtime.

We see this all the time, which is why Black players beating the hell out of each other each week isn’t hard for viewers to stomach. And that’s why it will be business as usual when this weekend’s slate of NFL games gets here. Black pain and death are the foundation of this country; Black trauma is just a day that ends in -y.

It’s why most of the labor (56.4%) is Black and nearly all of ownership and coaches are white. It’s why white players are overrepresented in certain positions (quarterback) that are less susceptible to concussions. A 2017 NFL-funded study found that cornerbacks, receivers, linebackers and offensive linemen are the most likely players to suffer concussions. A 2017 Andscape study found that Black players make up 99% of cornerbacks, 88% of receivers, 74% of linebackers and roughly half of non-center offensive lineman.

In a 2015 research paper in the Journal of Neurotrauma, collegiate quarterbacks and special teamers reported the least number of undiagnosed concussions. During the 2014 season, over 80% of NFL quarterbacks were white and just one Black player, Marquette King, was a kicker or punter.

Football is about violence and attrition; how much pain you can tolerate and/or inflict. It’s why the game is constantly compared to war: skill players are “weapons,” the area between the offensive and defensive linemen is the “trenches,” a productive passing system is an “aerial attack.”

War demands many things, discipline and respect for authority being two of the main ones. But it also demands soldiers to brush off pain and compartmentalize watching their colleagues getting blown up or shot.

Football is no different. If soldiers can finish their objective despite casualties, why can’t football players keep going after their brother collapsed on the field?

“We use the cliches ‘I’m ready to die for this,’ ‘I’m willing to give my life for this,’ ‘It’s time to go to war,’ ” former NFL player and current ESPN analyst Ryan Clark said on Monday’s SportsCenter. “And I think sometimes we use those things so much we forget that part of living this dream is putting your life at risk, and tonight, we got to see a side of football that is extremely ugly, a side of football that no one ever wants to see or ever wants to admit exists.” 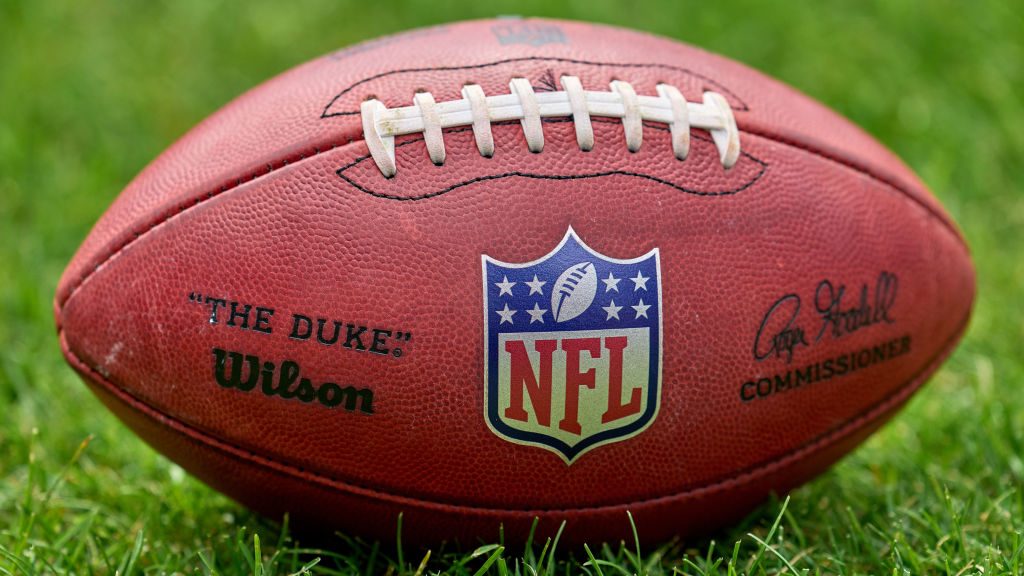 The NFL continues to profiteer even after deceptions, tragedies and humiliationsRead now

Monday Night Football play-by-play announcer Joe Buck reported during the broadcast that the teams had been given five minutes after Hamlin was removed from the field to “get ready to go back to playing.” The NFL pushed back on that later in the night, with executive vice president of football operations Troy Vincent saying in a conference call that he was not “sure where that [report] came from.”

“Five-minute warmup never crossed my mind, personally. And I was the one . . . that was communicating with the Commissioner. … It never crossed our mind to talk about warming up to resume play,” Vincent said. “That’s ridiculous. That’s insensitive. And that’s not a place that we should ever be in.”

(The NFL announced on Tuesday that the game will not be resumed this week.)

While it’s callous to consider anything other than Hamlin’s health and safety immediately after the incident, one can’t blame the NFL for assuming the players, coaches and fans would accept continuing to play. Just three months ago, a national audience witnessed Miami Dolphins quarterback Tua Tagovailoa’s body contort into a fencing response during a Week 4 game against the Bengals, his second dangerous head injury in just four days. Play stopped for at least 15 minutes, and then the final half was played.

Tagovailoa, who is Samoan, would miss just two games after suffering that concussion, and the injury was overshadowed as Tagovailoa became an MVP candidate over the middle of the season. That is, until he suffered another concussion in Week 16.

But everyone seemed to move on from Tagovailoa’s devastating injury, so why would the NFL not think about restarting the game once Hamlin was en route to the hospital? 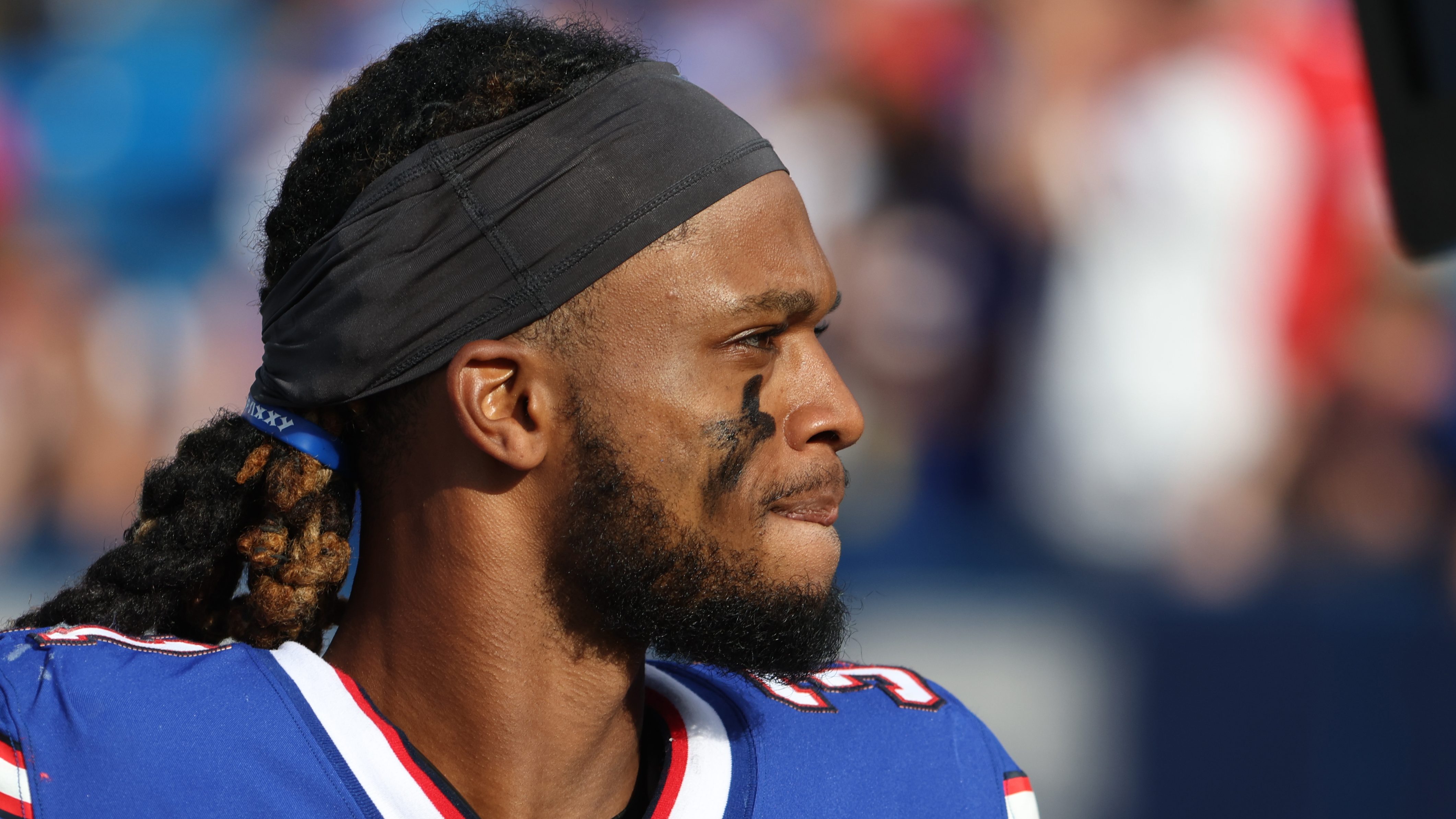 This stuff is traumatizing. The players’ reactions to Hamlin lying lifeless on that field, requiring oxygen and CPR for close to 10 minutes, exposes how real this all became for them Monday night. Some players looked to be in complete shock, others were crying, many seemed to be praying. Some players seemingly looked in the opposite direction so as to not see Hamlin lying motionless on the ground. “You could see just how traumatized they were by what they saw,” Monday Night Football sideline reporter Lisa Salters said on SportsCenter.

We’re used to athletes embracing one another, whether in victory or defeat, but the hugs looked tighter and seemed to be held longer Monday night.

“We break bones, we get surgeries, we get concussions,” former NFL player and current ESPN analyst Booger McFarland said during Monday’s broadcast. “As football players, we are conditioned to deal with those things. That’s part of our game. When you bring CPR out, you are trying to help someone breathe. You are talking life or death now. That’s totally different than anything I am used to seeing on the field.”

If only it truly mattered.