The NFL and inclusive hiring: What’s the plan?

The league is seeking improvement in diversity matters, but it won’t get there without a long-term strategy

Through every iteration of the Rooney Rule, every hiring cycle postmortem and the NFL’s annual acknowledgment that it must do better with regard to inclusive hiring, this much has been clear: The league still has never had a discernible long-term strategy – in which goals, and timelines for achieving them, are public – to effect substantive improvement. It’s time for that to change.

After NFL owners in May approved significant new measures aimed at creating a better hiring environment from the front office to the field, the climate has never been riper for the league to finally take the most significant step in a process that’s entering its 18th year. By proposing hiring objectives in both football and business operations and setting dates to reach targets, the NFL would establish a level of accountability unparalleled among professional sports leagues that claim to want more people of color in senior leadership positions.

Truly attaining fairness in high-level hiring at the club level, some involved in the endeavor say, would be akin to what the United States accomplished in reaching the moon. Those trips wouldn’t have happened without a comprehensive plan to get there.

This season, many openings occurred during the season. The Atlanta Falcons, Detroit Lions and Houston Texans have positions to fill for both head coach and general manager. The Carolina Panthers, Jacksonville Jaguars and the Washington Football Team are in the market for general managers. Furthermore, the New York Jets fired head coach Adam Gase on Sunday and the Jaguars and Los Angeles Chargers moved on from head coaches Doug Marrone and Anthony Lynn, respectively, on Monday morning.

Entering the hiring cycle that began Monday, the NFL has only three Black or Latino head coaches and two Black general managers. Raheem Morris of the Falcons and Romeo Crennel of the Texans completed the regular season as interim head coaches after being promoted during in-season moves. Since the Rooney Rule was implemented in 2003 for head coaches, the league has never had more than eight head coaches of color. In 2009, the rule was expanded to include general manager jobs and equivalent front-office positions. The league has never had more than seven Black general managers. In August, the Washington Football Team hired consulting executive Jason Wright, making him the first Black team president. The NFL has 32 teams. And its on-field workforce is nearly 70% Black. 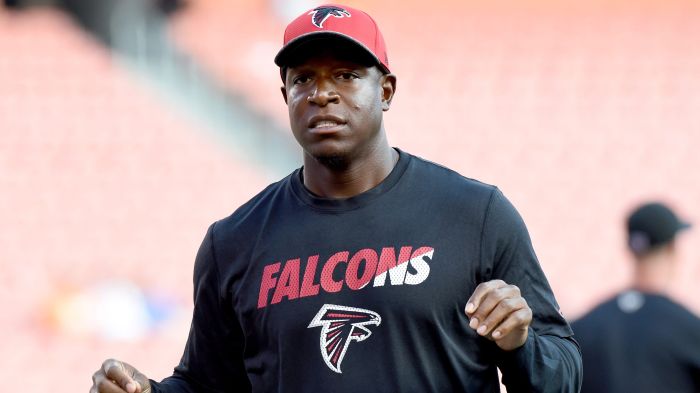 For a league that’s supposedly determined to do better in filling top decision-making roles, the numbers aren’t adding up.

The problem is obvious: The Rooney Rule, despite being buttressed repeatedly, is merely a best practice intended to, hopefully, prompt owners to expand their thinking and increase the pool of candidates for openings. Although an enforcement component accompanies the rule, only one team has been penalized for violating it (during the first year of the process, then-commissioner Paul Tagliabue, Roger Goodell’s predecessor, fined then-Lions general manager Matt Millen $200,000 for “failing to discharge his duties” under the requirement) despite considerable anecdotal evidence through the years that several clubs may have met the letter of the rule, but failed to comply with the spirit of it.

Top league executives and leaders of the Fritz Pollard Alliance, the independent group that advises the league on matters of diversity, believe that multiple candidates of color will fill openings in this cycle after both the alliance and owners intensified their efforts to address what occurred following the previous three consecutive hiring cycles. During that period, there were 20 openings for head coaches. Only one coach of color was hired in each cycle. With highly qualified candidates such as Kansas City Chiefs offensive coordinator Eric Bieniemy and San Francisco 49ers defensive coordinator Robert Saleh expected to top lists for several openings, Rod Graves, executive director of the alliance, is optimistic the numbers will improve.

“I believe we will have a net positive this year on jobs,” Graves said on the phone last week. “But I’m not in it for only one year.”

Which, of course, is the fatal flaw in the league’s current approach. The NFL is both addressing the hiring situation and evaluating its own performance year to year. It’s like a doctor focusing exclusively on a patient’s broken arm while ignoring myriad other injuries from head to toe. Clearly, a whole-body approach is needed.

In interviews with The Undefeated, several NFL officials argued that the league, in fact, did undertake a new stance with the multipronged mobility plan it approved back in May, which is intended to aid potential candidates in moving more swiftly through the hiring pipeline. They also pointed to the fact that the league in November approved incentivizing inclusive hiring. Organizations that develop minority coaches and front-office officials who become head coaches, general managers or team presidents for other clubs will receive compensatory draft picks.

That’s great and all, but nowhere amid the new hiring language does the league explain where it’s attempting to go in terms of actual numbers. The NFL merely has a bunch of different tools to address its hiring problem. History tells us that tools alone never get the job done. It’s how they’re used as part of an overall strategy to get from point A to point B.

Those on the other side of diversity and inclusion will cry foul, claiming the argument made in this space amounts to nothing more than a system of quotas, which NFL owners have about as much interest in supporting as they would higher capital gains taxes. Since the inception of the Rooney Rule, quotas have been a nonstarter.

But look closer. Nowhere has it been suggested that the league should set aside a specific number of positions for only coaches and executives of color to fill. The actual theory of the case is that since the NFL continues to lament its poor performance in an area it claims is of great importance to the league’s future, the moment has come to address the situation in earnest. You know what you call constant hand-wringing from officials who decline to present a detailed vision of change? Acting.

None of this, however, is offered to disparage those who have advanced the ball this far.

Reality is, Goodell has been a longtime ally in the fight for equality in hiring, many on the other side of the table say. And Troy Vincent, the NFL’s executive vice president of football operations, has worked the phones and figuratively twisted arms for years to get buy-in on new initiatives as well as he once locked up wide receivers. Many others have worked tirelessly as well. It’s just that with a problem so pervasive and emotionally charged, spanning the entire existence of a league now in its 101st season, it’s clear that nothing will significantly change unless much does in how the problem is being attacked, said N. Jeremi Duru, who wrote the book on the Rooney Rule.

“No idea should be off the table, and I think [establishing hiring objectives and a timeline to meet them] is a good one,” said Duru, a professor of sports law at American University and author of the definitive book on the struggle that led to the creation of the Rooney Rule, Advancing The Ball: Race, Reformation, and the Quest for Equal Coaching Opportunity in the NFL. “If we’re going to defeat the systemic discrimination that has pervaded so much of our society for so long, we’ve got to be systemic about this.”

NFL players have performed a central role in the ongoing national discussion about systemic racism ignited by the killing of George Floyd at the hands of police in 2020, as well as several other fatal encounters last year between Black people and law enforcement, or those believing they were empowered to act in such a capacity. Moved by the players’ actions, Goodell has doubled his efforts to address the NFL’s deplorable hiring record and even affirmed that “Black lives matter” while apologizing for the league’s missteps during the protest movement. The league wants to be a “prominent voice in the fight to end racism,” one senior league official told The Undefeated before the season.

Leading by example is the best way to roll.

For NFL owners and top league executives, what do they consider to be equitable representation in football and business operations? When would they prefer to see those numbers achieved? Put it out there and work to make it happen. And not only in hiring involving clubs and the league office. Every business entity under the NFL umbrella (the NFL Network, NFL Properties and NFL Films) should be included in a new way of thinking to finally solve a problem that has vexed professional sports’ most successful league much longer than necessary. But without a real plan and all that entails, the NFL will never get there.

In September 1962, President John F. Kennedy delivered an address at Rice University on the United States’ space efforts, declaring his goal of the nation reaching the moon before the end of that decade.

Without a viable plan, no great undertaking can be accomplished. For the NFL, inclusive hiring is its moon shot. The question still remaining is, will the league finally take it.