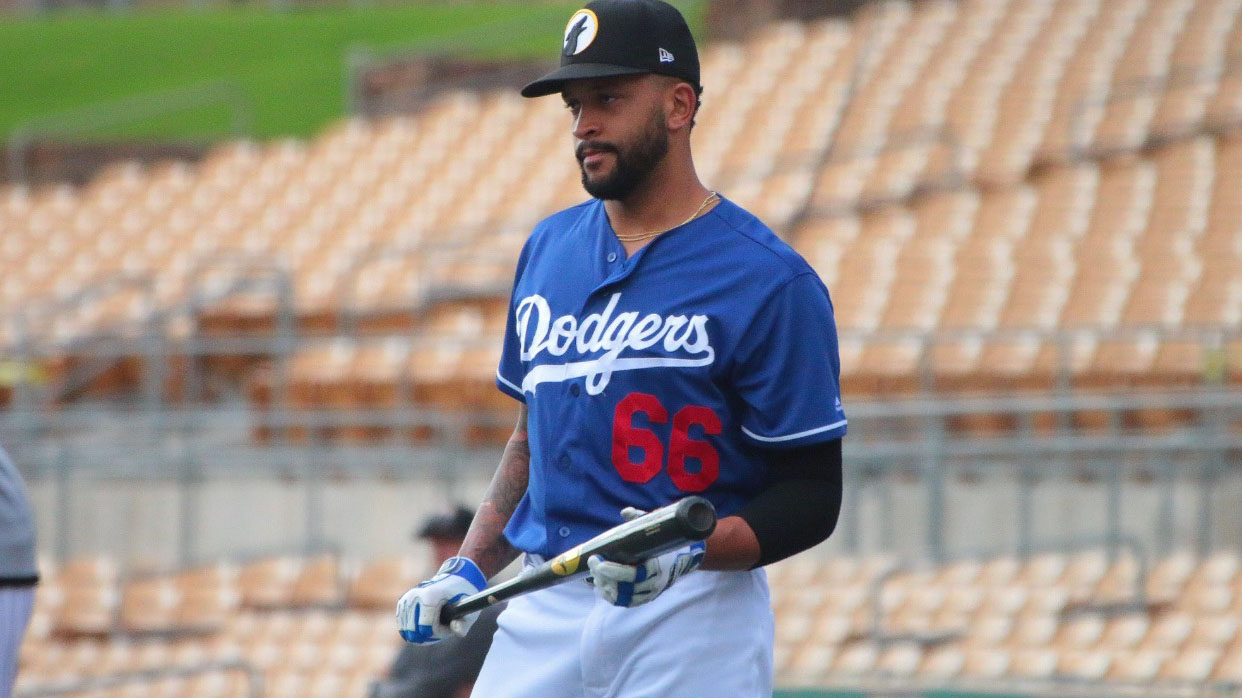 ‘If I could just give baseball up right now … to have my mom, brother and dad back, I would do it. But life doesn’t work like that.’

In our second installment of Playing for Something, Dodgers prospect Jared Walker, as told to The Undefeated’s Mark W. Wright, opens up about losing both parents and an older brother — and how that emotional turmoil motivates and inspires him to press on toward his goal of making the big leagues.

I was in kindergarten the day it happened. I was at my granny’s house. My mom was at work. My brother, Nicholas, who was 14 months older than me, and I were just hanging out, waiting for my mom to pick us up. It got late — we were wondering what was going on. Mom got home and said she had some news to tell us, so we gathered around the living room.

She told us that my dad, Calvin Walker, was by himself in his apartment, washing and hanging clothes in his shower or something, and he slipped. As he slipped, he came down and hit his head. He was knocked out and unconscious. Somebody found him dead, I guess, the next day, in his apartment complex. He was only 48 years old.

Been Too Long Pops. Keep Smiling Down On Me! Truly Missed R.I.P. Dad ❤️😓

Through it all, family has meant everything to me. Family and baseball.

It’s been my dream to make it to the major leagues, and that’s still my goal; I’m almost there. I’m in the Arizona Fall League in Glendale, still working my butt off to get to there. When I watch the World Series now, I’m picturing myself; I’ve worked out with a lot of these guys. The biggest difference, for me, is consistency. I’m just as good as any of them out there. I could step in the box, bottom of the ninth, and I could either make it happen or not make it happen. I know I can be the guy. I look at these games and I’m like, ‘Damn, that’s going to be me real soon.’ And I can’t wait for that time to come.

But I can’t lie – it’s been hard – getting to this point.

My senior year of high school at McEachern High School in Powder Springs, Georgia, in 2014 was the toughest year. There were definitely days that I didn’t even want to go to school. I couldn’t even bear to do it.

By that point, my mom, Tammy Gilbert, was not in the best of health, but she could still get around. She would go to my games all the time and go to work, but her health was failing and she slowly started using oxygen. And, when my brother, Clint Gilbert – who is 10 years older than me – suddenly passed away, that broke her heart, and her health basically went downhill from there.

I’ll never forget; it happened right before New Year’s, on the 30th of December — over my Christmas break; we found him in his room. I’ve never shared this with anybody, and I feel like it’s important — because I’m an honest man, and I have nothing to be ashamed of. My brother Clint passed away from drugs, an overdose. It’s just something to learn from, for other people. I believe that news killed my mom. Shortly after that she was on dialysis for a while.

There was a road game my senior year. I was crying uncontrollably on the bus. I just bust out in tears. And I’m not kidding, I couldn’t stop it, because it was just what I was thinking, and how much I miss my brother. I’m not saying I was the strongest through it, but I heard something up above in my head that said, ‘Take advantage of the opportunity that you have, with the drive that you have going on right now.’ And I did it.

I worked my ass off, and would wake up at 5:45 in the morning, twice a week, to go work out before school. Because, I wasn’t finished yet. I still had a mom at home that was lying in bed that didn’t have good health, and seeing her hurt made me hurt.

Five months after I was drafted, a day I dreamed of my entire life, my mom, the BFF mom I could tell my girl problems, the mom who opened doors to friends of mine that needed a place to stay, the “cool” mom, passed away.

They say ‘everything happens for a reason,’ and I always ask, ‘Why me? Why did I have to lose a brother and lose a mom?’ But, you know, I’m a believer, and friends and other special people have reached their hand out over me through those tough times.

If I could just give baseball up right now and never see it, never touch it, to have my mom, brother and dad back, I would do it. But life doesn’t work like that.

Today’s Thursday Right? Bring It Back To The Days When All I Hit Was Bombs 💪🏽

If I could look into my crystal ball, I see myself in the majors – and I’m am a change-agent on the field and off. I want to make money, of course, to establish what I want for my life and my family’s future. That’s a big goal for me — but I also want to give back to everyone who’s helped me. By the time I’m 30 — I’m 22 now — I feel like I want to be with a team, enjoying life with them, but also making moves, maybe start a foundation and make a difference for people. My story could help someone.

Have I grown tired of sharing my story? I wouldn’t say that. For some people, after people hear my background, it opens their eyes, to always remember to never take anything for granted. Still, I can’t say I’m clear from it all — I still have my days. I know that tomorrow could be one of those days.

All of this, it’s much bigger than the game. I’m playing for much more than the money and all that. I’m playing for a better situation, which ultimately honors my family members’ memories, just to show the good about what I do have — not what I’ve lost.

It’s important to know how my mom raised me. Her name is still in my phone, still today; she was my best friend. Man, I could tell her girl problems. You know what I mean? That’s how strong and important she was. The laugh she had, I have all those traits. Everybody says, ‘You’re like your mom.’ And I get it, and it makes me miss her. She opened the doors to friends of mine that were in jail that needed to be out and needed a place to stay. She was … that mom.

I would give anything to talk to her again. In one of our last conversations when I was 18, she told me: ‘Jared, no matter what, I want you to keep doing what you’re doing. You’re going to get there.’ This was one of the last moments I had with her — and it was a rough time. But I often reflect on that conversation, and I’m thankful for what I’ve already accomplished with baseball, and what’s to come.

In that way, she continues to help drive me.