Both of Sanders’ sons, Shedeur and Shilo, had key plays in the Tigers’ division-clinching win

BATON ROUGE, La. — The hug between father and son lasted nearly a minute.

Quarterback Shedeur Sanders made a beeline to his father after throwing a 50-yard touchdown pass to Malachi Wideman with 1:31 remaining to lift Jackson State to a come-from-behind win over Southern on Saturday.

For nearly a month, his visits to his father had been confined to a hospital room, where his dad had been recuperating from complications from toe surgery.

Sanders had not been on the Jackson State sideline since a 28-7 win over Alabama State on Oct. 16.

Shedeur Sanders had asked his father to join him on the sideline for the Southern game if at all possible. So Dad made it happen, even though he spent the game on a motorized scooter that kept his feet elevated.

“Me calling plays for him and us never being apart for his whole life, I’ve never missed a game. That wasn’t easy, man,” said Sanders, who coached his son all three years at Trinity Christian School in Cedar Hill, Texas. “This is not only my team at Jackson State, these are my kids.

The hug between Sanders and his son was a reminder that he’s as committed to being a father as he is a coach.

“That was the only moment we shared in our entire high school career and the short college career we’ve had. Everything else has been coach giving him information and asking for information,” Sanders said. “You have to understand that moment culminated with my condition.

“That kid came to the hospital every day to see me and in the last week he said, ‘Daddy, I need you back.’ That moment was about that. It was about the years of work we’ve put in and hearing my voice and knowing just what to do when he hears it.

“It was certainly a dad moment. It was a real moment.”

While one son’s heroics gave Jackson State the lead, the coach’s other son, Shilo Sanders, delivered the game-clinching interception.

It was a father-son moment none of them will ever forget. 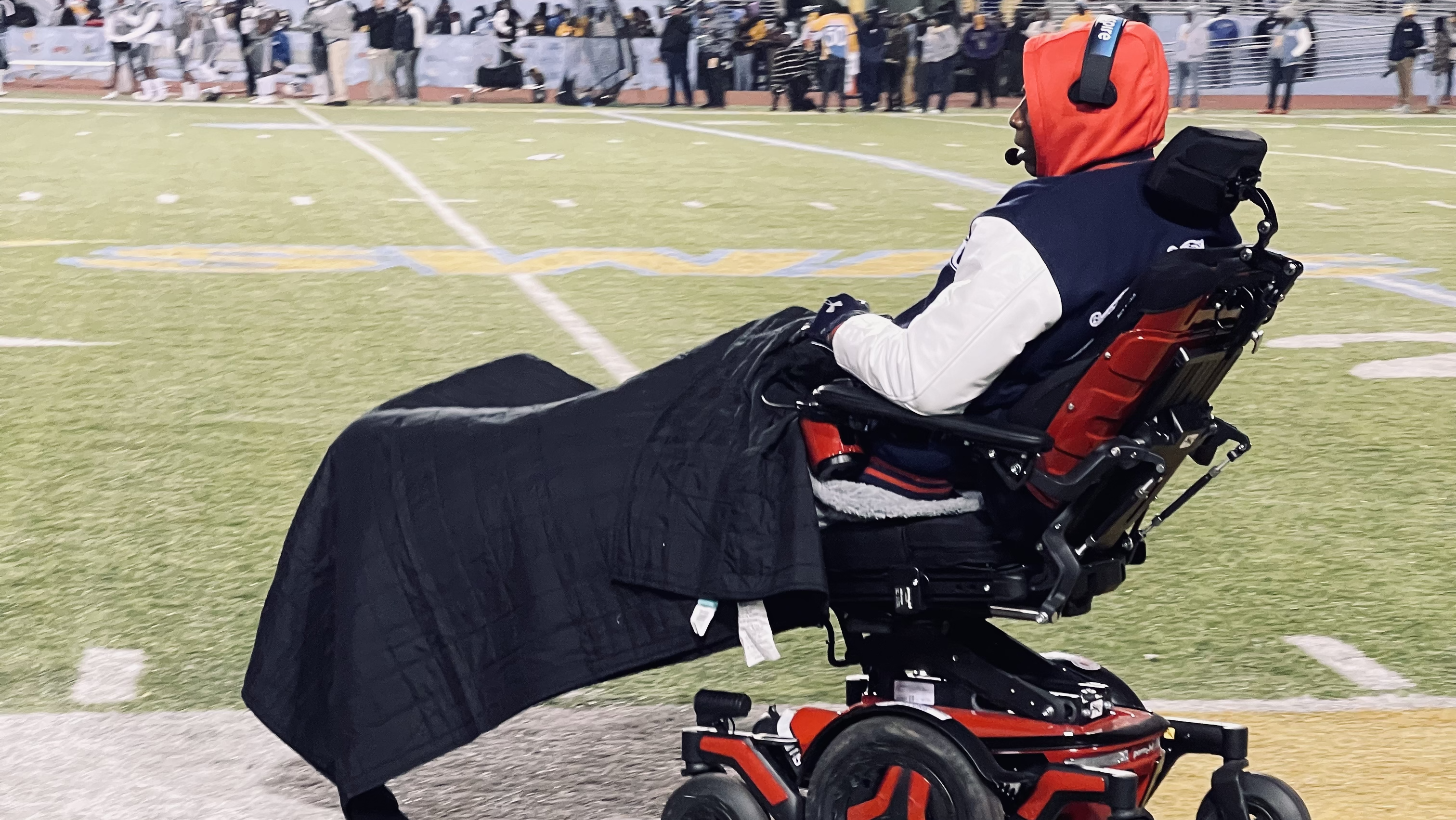 “It was phenomenal,” Sanders said. “Think about it. We scored 21 points, which is a heck of a sign from the Lord to me. Shedeur did what he did and Shilo closed it out. If that wasn’t God having his hand around me and around us in that particular game, I don’t know what it was.

“It was a tremendous feat not only by my kids, but the whole team.”

The win clinched the Southwestern Athletic Conference (SWAC) East Division and guaranteed the Tigers a spot in the SWAC championship game for the first time since 2013. Jackson State hasn’t won a SWAC title since 2007.

Sanders remained engaged with the program with daily phone calls, but his top priority was getting healthy. Athletic director Ashley Robinson’s primary job was telling Sanders to take as much time as he needed.

”I wasn’t able to come up there while I was out. We spoke quite a bit. More so I look forward to Saturdays, I look forward to game day and that kept me motivated and kept me uplifted and kept me inspired,” Sanders said. “Me having my phone and working my fingers and letting them know what we needed to do in the course of the game was phenomenal, too, and seeing the message relayed. I had fun doing that.”