You’d be forgiven if, without watching Game 4, you assumed the Milwaukee Bucks found themselves down by double digits to the Atlanta Hawks after Bucks star Giannis Antetokounmpo went down with a leg injury in the middle of the third quarter.

After all, the Hawks, down 2-1 headed into Tuesday, were playing without star guard (and his 32.7 points per game in the Eastern Conference finals) Trae Young, who missed the game with a bone bruise in his right foot. But when Antetokounmpo crashed to the floor while battling Hawks center Clint Capela, hyperextending his left knee, the Bucks had already been down by as many as 16 points and had only gotten within striking distance due to Antetokounmpo’s aggressive play after halftime.

This was the opposite of what the Bucks were supposed to be in this series.

Exactly a month ago, after sweeping the Miami Heat out of the first round, Antetokounmpo said in a postgame interview that his Bucks were able to overcome an early 20-12 deficit in Game 4 on the way to a 120-103 victory because they didn’t “play with our food.”

The Bucks nearly started a food fight with the Hawks.

After leading by as many as 25 points, and never trailing for a single second, the Hawks beat the Bucks 110-88 because Milwaukee appeared to not expect much of a fight from a shorthanded Atlanta team. The Bucks’ lackadaisical start seemed to give their opponent all the confidence it needed to tie the series at 2-2. 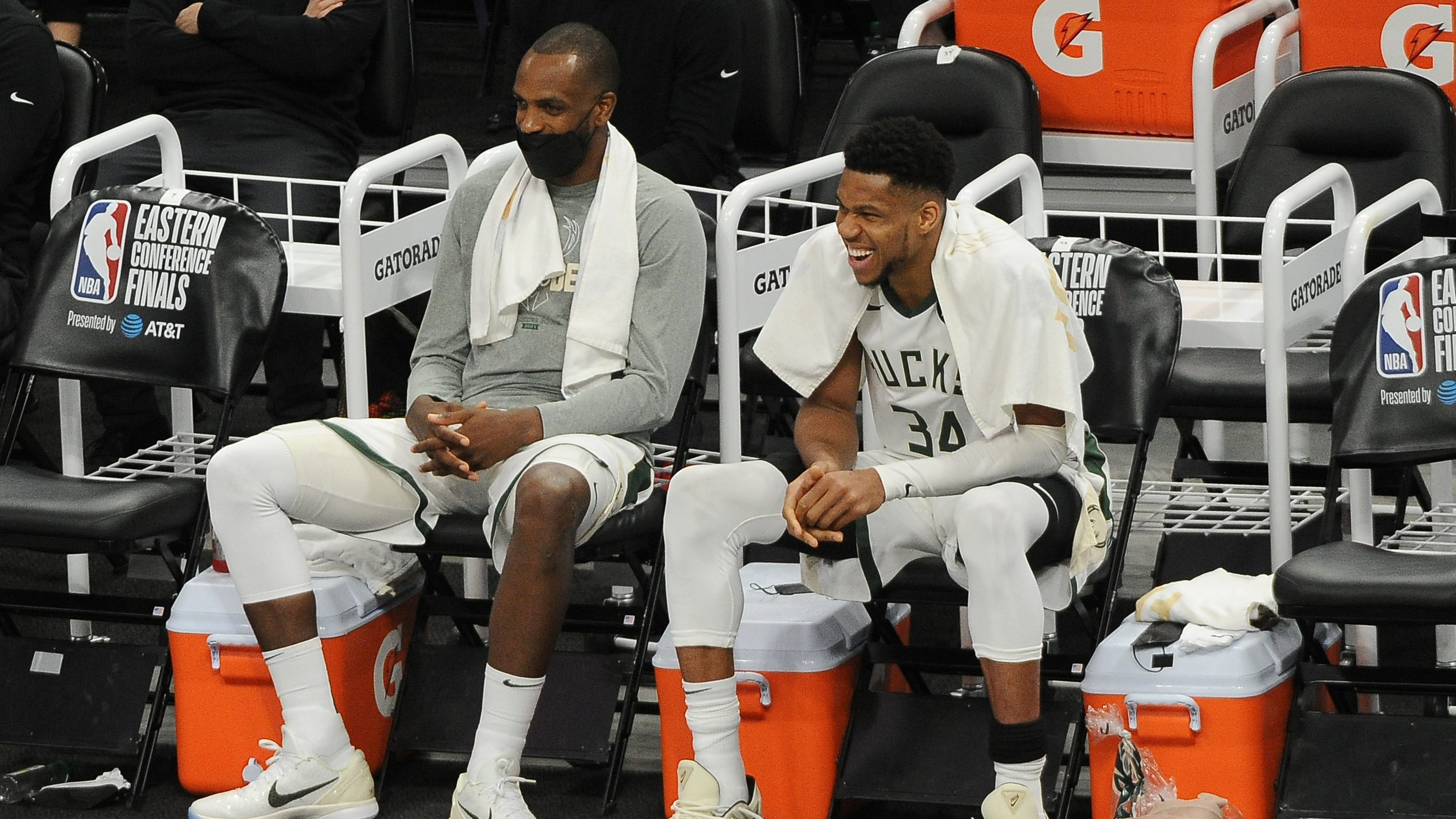 Can the Bucks stay calm and in control?Read now

That confidence was spread across the entire roster. Lou Williams, inserted into the starting lineup for Young, turned back the clock, with the 34-year-old scoring a game-high 21 points. Onyeka Okongwu, who averaged just over 8 minutes per game coming into Game 4, played as an adequate rim protector and shot 3-for-3 from the field in limited minutes. Cam Reddish, who hadn’t played meaningful minutes since February, hit a pair of unbelievable 3-pointers. Danilo Gallinari hunted mismatch after mismatch. Kevin Huerter played like Kobe Bryant.

“It’s a little disappointing,” said Bucks guard Jrue Holiday. “They came in with desperation, the desperation that they didn’t want to go down 3-1. And we didn’t have that same fight at the beginning of the game. … Every game, we’ve got to come out like it’s our last game.”

The Bucks dug themselves into a hole early: missing from deep, committing careless turnovers and being outhustled on rebounds, which doomed them in Game 1, leading to an early 15-5 deficit. On the defensive side, despite evidence to the contrary, they didn’t respect the range of guard Bogdan Bogdanović (20 points) and Gallinari (10 points), leading to easy looks for the pair, who ended the game a combined 8-for-20 on 3s.

In the second quarter it was more of the same from the Hawks defense, swarming Milwaukee guards on the perimeter while finally constructing a sturdy enough wall against Antetokounmpo, who was limited to six points on 42% shooting in the first half. The Bucks, perhaps scrambling – and not remaining calm as they did in Game 3 – were out of sync, and position, leading to wide-open shots for the Hawks. They trailed 51-38 at the half.

During the break, TNT analyst Charles Barkley said the Bucks aren’t “killers”: They’re good at basketball, yes, but not willing to step on the neck of their opponent when they smell blood, such as at the beginning of Game 4 against Miami in Round 1, in Game 5 against the Brooklyn Nets, and of course in Game 1 against the Hawks.

But things began to shift in the second half. Antetokounmpo was unstoppable on both ends of the court, illustrated by one sequence when he met Capela at the rim on a dunk attempt by the center, channeling Dikembe Mutombo (who happened to be in attendance) by sending the ball in the opposite direction. On the ensuing fast break, Antetokounmpo hung in the air for what felt like five seconds for a dunk over John Collins. The Bucks got the lead down to as low as seven, but with 7:14 left in the third quarter, Antetokounmpo’s knee appeared to bend in the wrong direction on a Capela alley-oop, sucking the air not just out of the arena, but the entire Bucks roster.

After the injury to Antetokounmpo, the Hawks went on a 15-4 run, which all but sealed the Bucks’ fate in the game.

“I think we made some headway to start the third quarter. So I think the guys were good coming out of the locker room,” said Bucks coach Mike Budenholzer. “But, overall, I think whether it was before the injury, after the injury, credit to Atlanta how they played tonight. And so we’ve just got to be better for the whole game.”

But Antetokounmpo’s injury aside, the Bucks didn’t take advantage of an opportunity to go up 3-1 on a team missing its best player in Young (and one of its better defenders in De’Andre Hunter). They came out slowly from the jump. They tried to shoot their way out of a funk, but the smell never went away. They argued missed foul calls instead of getting back on defense, leading to transition buckets. They carelessly passed the ball around, leading to easy takeaways. They missed free throws. They didn’t box out. The pressure even got to Antetokounmpo, who air-balled three shots in the first half, two of which came from the free throw line. Everything they fixed after Game 1 came back to haunt them again when they were nearly 10-point favorites coming into Tuesday.

They allowed the Hawks to believe in themselves, which translated to Atlanta hitting – let alone attempting – shots it wasn’t hitting in the first couple of games. Capela, with the shot clock counting down, drained a fadeaway jumper from behind the basket. It was just that kind of night.

“It’s not good losing anybody on your team. Losing a player stinks,” said Bucks forward P.J. Tucker. “But we didn’t come out with energy tonight. We just thought we was going to walk in and win the game. We didn’t do anything to show that we wanted to win this game tonight.

“We were flat, and our guy’s injury was just another piece of the puzzle to us losing.”

Because the Bucks didn’t come in with that killer mentality, they now risk, with the injury to Antetokounmpo, letting this series slip away as they head back to Milwaukee for a pivotal Game 5. 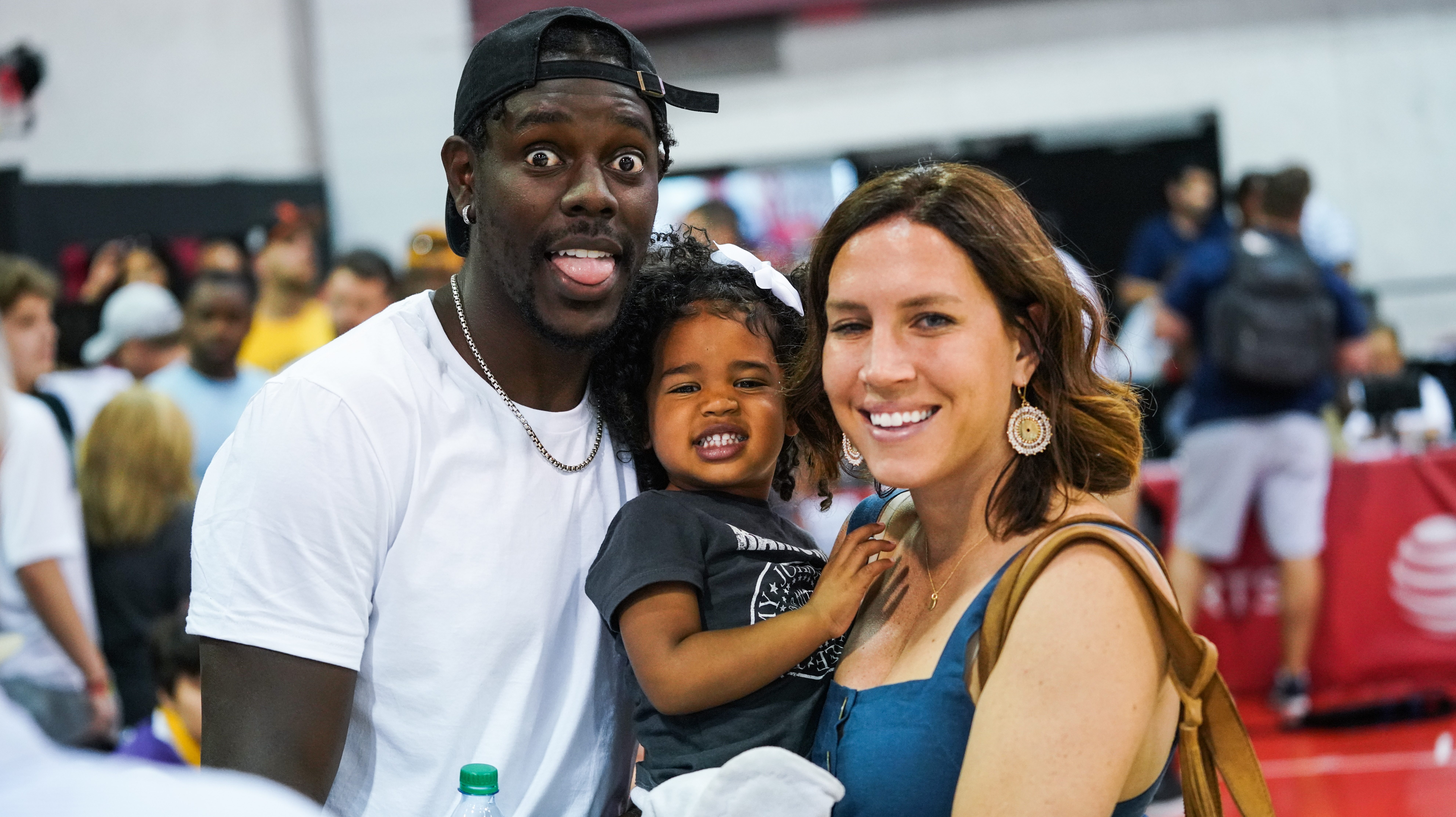 How funds from Jrue and Lauren Holiday are impacting recipientsRead now

Antetokounmpo said last month that the Bucks couldn’t play with their food. Now they’ll possibly have to finish off their meal with the most important player missing.

“They played well from the start. They played well coming off the injury [to Giannis],” Budenholzer said. “So we’ve got to be better on both ends. Our group will gather. Our group, the character of it will come through, and we’re going home, it’s 2-2.

“We’re going back to Milwaukee.”