In the last month, she has taken her game to another level

March Madness is where stars are born, or at least recognized by the rest of us.

Even for the student-athletes who are not allowed to play on the March Madness decal or not provided with a weight room, March is when prime-time college basketball players make names for themselves.

Texas A&M sophomore point guard Jordan Nixon is the latest star to shine. Wednesday night, Nixon willed her Aggies to a win over Iowa State and into the Sweet 16 with a performance for the ages. She scored a game-high 35 points to go along with seven assists, but that was only part of the story. Nixon’s tough layup with six seconds left in regulation forced overtime. Then she grabbed a loose ball under her own basket with seven seconds left, drove the length of the court and banked in the game-winning floater as time expired. She played a season-high 45 minutes in the Aggies 84-82 overtime win.

It was a glorious performance, but not one that came as a surprise to anyone who has watched Texas A&M this season. Nixon has been good all season, but over the last month, she has taken her game to another level. Over the last eight games, Nixon is averaging 16.9 points and Texas A&M has won seven of those games. In the NCAA tournament, Nixon is averaging 28 points and 5 assists.

Nixon’s growth and success on the college level has been a process, but an easy one at Texas A&M, according to Nixon and her coach. A five-star recruit and McDonald’s All American out of New York City, she committed to Notre Dame out of high school, and transferred to Texas A&M after her freshman season with the Irish.

“Jordan Nixon is a winner, she’s so good,” Texas A&M coach Gary Blair said after Wednesday night’s win. “I still remember a year and a half, two years ago, when she came down on her official visit. Sometimes you just get lucky and you know the fit is perfect. When she came in she fit like perfection.

“Jordan has that moment in her,” Blair said, referring to Nixon’s clutch baskets. “She wants the moment. Very few athletes want that. Can they afford the miss?” 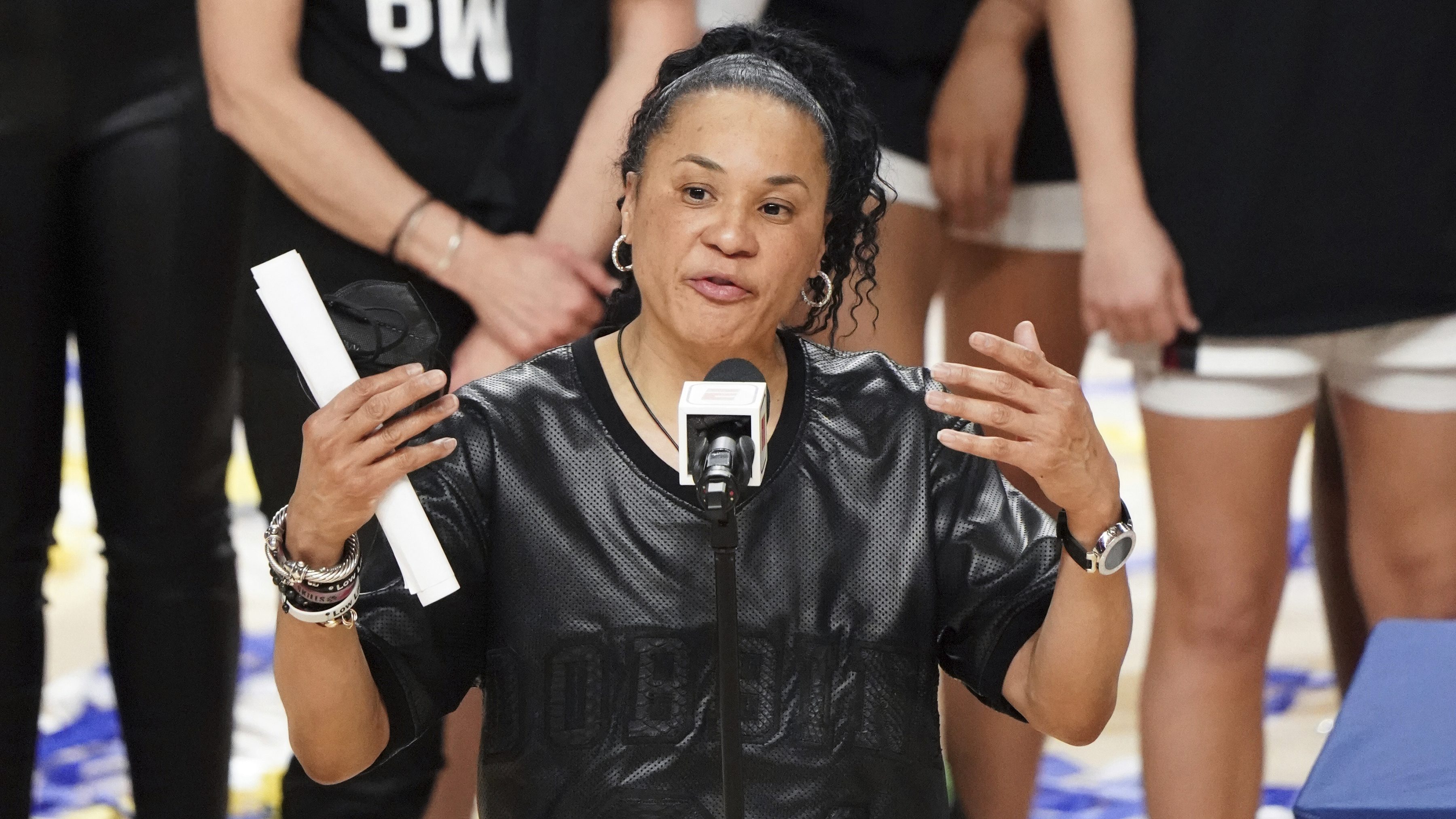 After the game, Nixon became emotional during the postgame interview, as she thanked her teammates and coaches for believing and trusting in her. That trust took time to develop, but Nixon and her teammates could not be in a better place right now.

“Trust is built on the court, off the court,” she said after the game. “Having to redshirt a year, I didn’t get to go to battle with my girls, I didn’t get to do that. But, I was always on the sidelines cheering for them loud as I could be, helping them, trying to do what I can. And I think, just from that, just knowing that I had their backs, it made the transition from being a redshirt, into now being a first-year player here at Texas A&M, easy. It was an easy transition. They know my heart, they know I love them with all my heart and I would do anything for them and, quite frankly, I think they would do the same for me. We would run through walls for each other, no question about it.”

Back in New York City, it’s no surprise Nixon has made a national name for herself this March.

“Honestly, it was never a doubt that this [was] going to be Jordan’s destiny,” said JoAnn Arbitello Pinnock, Nixon’s high school coach at The Mary Louis Academy in the Queens borough. “So, even when she was deciding on transferring, her mindset is one of a winner. There was no doubt in my mind that this was going to happen for her.”

Nixon played her final two years of high school basketball at Mary Louis and led them to the school’s first state championship in her junior year.

When asked what it is about Nixon that made her success seem inevitable, Pinnock listed the traits we see in most elite athletes. “Her confidence, her drive, her work ethic,” she said. “She has an incredible work ethic. I’ve been doing this 30 years and I don’t think I’ve come across another young lady who has the work ethic that she has. So much so, that I sent a text out to my younger kids this morning and said, ‘Jordan Nixon is not worried about the tweets today, she’s back in the gym getting ready for the Sweet 16.’ That’s just her mentality.”

Pinnock’s assistant coach during Nixon’s time at Mary Louis was Dave Edwards. Edwards was a basketball legend in New York City because of his point guard wizardry in high school, his time playing for Georgetown and Texas A&M and his work with New York City boys and girls in grassroots basketball. Edwards died almost exactly one year ago from COVID-19. He was 48.

After Wednesday’s game, Nixon dedicated her performance to Edwards.

“Yesterday, March 23, last year, my coach died, coach Dave Edwards, he’s actually a Texas A&M alum,” she said. “Today was for him … I can hear him in my head. He was one of my biggest fans.”

“Dave wanted the best out of everyone,” Pinnock told me. “So, when players of Jordan’s caliber came to the program, Dave took that special interest because they had the same drive that he did when he played. So, they definitely formed a bond. He was not the kind of coach to tell her she’s great every day, he was the kind of coach that wanted her to get better every day.”

A lot of Edwards shows up in Nixon’s game. The slick ball-handling, the basketball IQ, the fearlessness and the strength to finish in traffic were all traits of his game. He is no doubt smiling down on her.

No. 2 seed Texas A&M faces No. 3 seed Arizona in a great regional semifinal contest Saturday night. For the Aggies to be successful, they will likely need another strong performance from Nixon. She will have a tough individual matchup with one of the best players in the country, Aari McDonald, but based on Nixon’s track record and the synergy she has developed with her Texas A&M teammates, Arizona could have its hands full.