Tennis has become an outlet for Black people during the pandemic

Since 2019, the USTA has also seen a major increase in participation in the sport among Hispanics

After focusing mostly on baseball and lacrosse for much of his young life, Brandon Serna two years ago decided to swing a tennis racquet the first time.

“I wanted to experience what tennis was really like and how people could teach me how to play,” said Brandon, 13, who lives in Washington. “And it was safe.”

The height of the coronavirus pandemic two years ago led to a change in daily habits and routines: participation in organized contact sports such as basketball and football were shut down because they were deemed unsafe, along with other sports that were played indoors.

Yet in a time during a pandemic where a lot of activities came to a halt, participation in tennis climbed — and Black and Latino faces played a big part in the increase.

The USTA recently announced the results of a study that showed participation in the sport among Black/African American players grew from 1.6 million in 2019 to 2.3 million in 2021, an increase of 43.75%.

What drove the increase, according to the results that came from data provided by Sports Marketing Surveys? The drive by the USTA to find ways to increase tennis participation across the country that, in many areas, was under a lockdown. 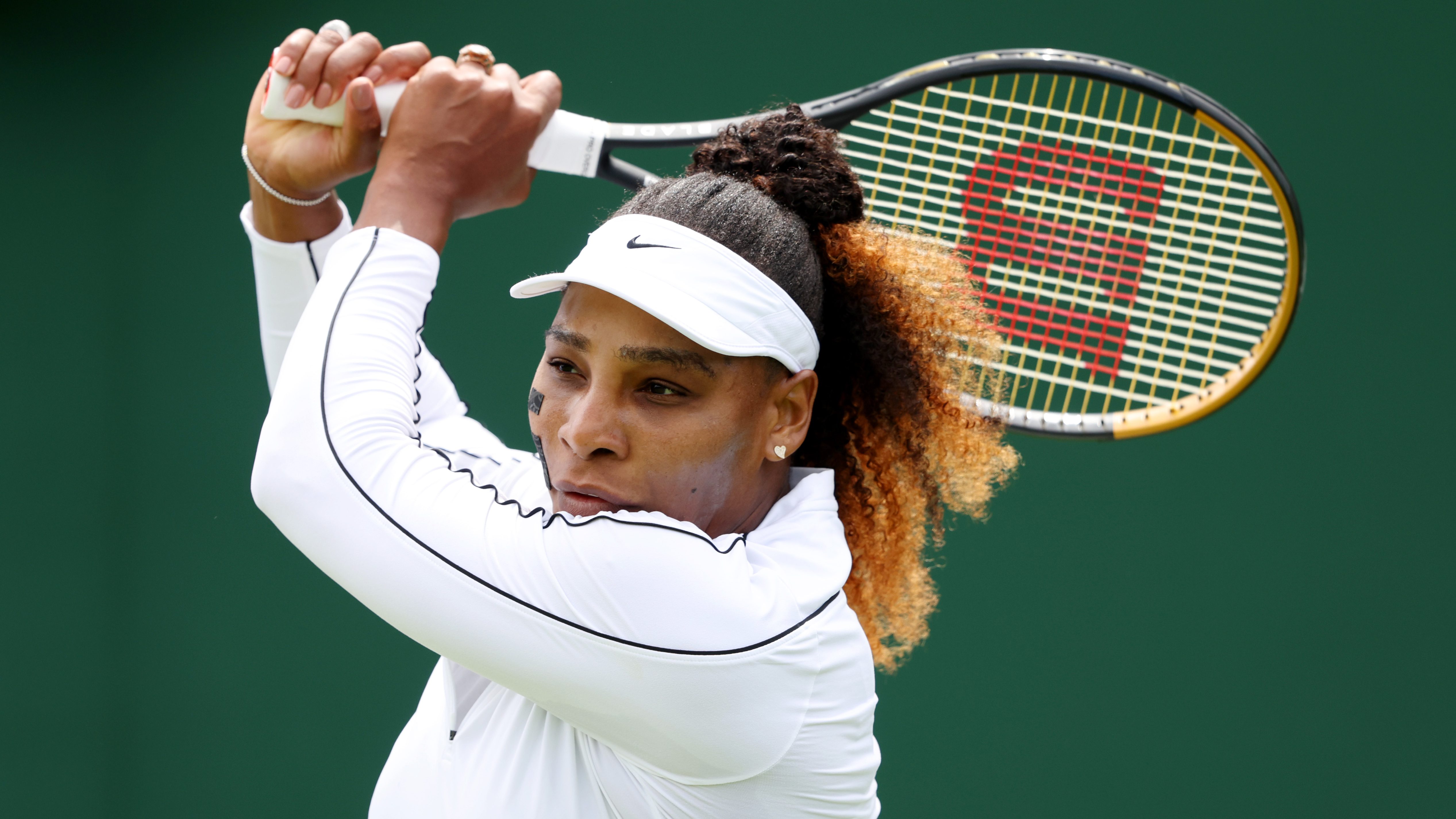 Serena Williams’ road back and the challenges ahead at WimbledonRead now

“Once the pandemic hit, we focused a lot of our attention into supporting the local tennis industry staying open,” said Craig Morris, chief executive of community tennis for the USTA. “Due to tennis being an outside sport that naturally has opponents and teammates distanced from each other, it was a great way to stay active with social distance.”

There was a push by the USTA to keep courts open during the pandemic, and to provide aid to coaches during a time when many people experience financial stress.

“It was really important for us to make sure people can still get on tennis courts and that really impacted the way we started to put out grants to courts and coaches,” Morris said. “The financial grants would allow them to help kick the doors open.”

That outreach was apparently successful, according to some key findings in the study:

“It was really important for us to make sure people can still get on tennis courts and that really impacted the way we started to put out grants to courts and coaches. The financial grants would allow them to help kick the doors open.”

— Craig Morris, chief executive of community tennis for the USTA

There was a shift in interest during the pandemic at the Washington Tennis & Education Foundation, a group in the nation’s capital with a mission to transform the lives of youth through tennis and education. With two locations, the foundation, a beneficiary of the Citi Open currently being played in Washington, provides tennis guidance to more than 400 youths in the city.

“Prior to the pandemic a lot of people really didn’t know about this program,” said Jabari Cosby, senior programs manager at the foundation. “During the pandemic, there was a lot of promotion in Wards 7 and 8, so there was definitely an increase in numbers.”

For Brandon, picking up a racquet for the first time provided another way to stay active at a time where a lot of people retreated from activities.

“It’s such an active sport,” Brandon said. “When you hit the ball over the net, and then you have to run back to your spot and strategize where you’re going to hit it? I liked that.”

The USTA, with its support of clinics and aid to schools, expects the upward trend to continue. If that happens, the goal is to shift from introducing the sport to kids to keeping them engaged and playing as they grow older.

Players like Brandon, who, after playing baseball and lacrosse, now finds himself hooked on a sport he picked up during the pandemic at the Washington Tennis & Education Foundation site.

“I like how all the coaches are funny and help me learn things from a different perspective,” Brandon said. “Even though I like baseball and lacrosse, tennis seems like a sport where I can enjoy and learn more about the game.