Once again, hip-hop is reeling from the loss of a star

Takeoff, one-third of the massively influential rap group Migos, was fatally shot at a Houston bowling alley early Tuesday, an all-too familiar occurrence in hip-hop, where the lives of several of its brightest stars have been tragically cut short.

While details about the incident are still forthcoming, here’s what has been confirmed: Takeoff, born Kirshnik Khari Ball, and his uncle and fellow group member, Quavo, were attending a party. Around 2:30 a.m., shots rang out. Two people were rushed to the hospital. Takeoff, 28, never made it that far. He was pronounced dead at the scene.

Just hours before the shooting, Takeoff and Quavo were celebrating the release of their new single, “Messy,” which dropped on Halloween. The party in Houston was a promotional stop in support of the duo’s new album, Only Built For Infinity Links. TakeOff’s final Instagram post (a clip from their new music video) isn’t prophetic, but it is eerie. In it, an obviously frazzled Quavo wakes up from a nightmare in the front seat of a car with his nephew by his side. 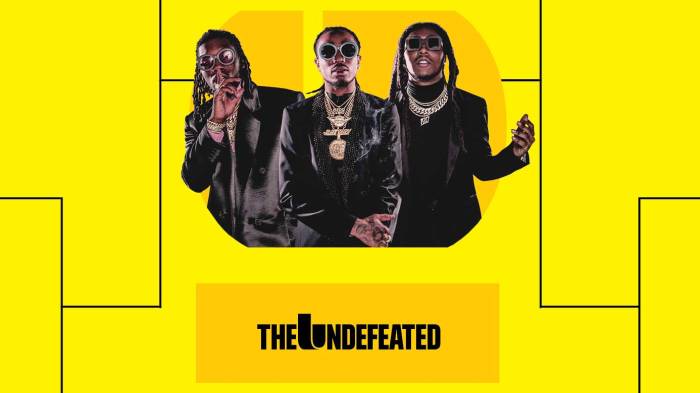 “I just had a crazy ass dream, bro,” Quavo says.

“About what?” Takeoff asks.

The aftermath of Tuesday’s shooting isn’t just messy — it is a tragedy of profound importance in the world of rap. Shortly after the shooting, photos and videos of Takeoff’s final moments and Quavo’s pleas for help made the rounds on Twitter. In a world dominated by social media, how death is processed — in particular, how Black death is processed — has become public and soulless. For the rest of his life, Quavo must remember that one of his darkest moments has been immortalized on video for clicks and clout. This level of dehumanization, not just in Takeoff’s slaying, but in the conversation about what should be allowed to be shared on the internet in the wake of these moments, makes Black death harder to grapple with.

Hip-hop may be the only musical genre to experience violent death at such a blinding clip and at such young ages. Takeoff’s killing adds yet another name to America’s long list of gun violence victims. Gun violence has, in one way or another, always been an issue in hip-hop, just like the country at large. But in 2022, we’ve seen a myriad of high-profile tragedies, such as the gruesome mass shootings in Uvalde, Texas; Buffalo, New York; and Highland Park, Illinois, on the Fourth of July.

In hip-hop, the list of artists who’ve been killed this year is dizzying. The murder-suicide involving J-$tash happened in January; as were the slayings of Los Angeles rapper Earl Swavey and Memphis emcee Nuskie. TrueBleeda, an 18-year-old artist from Baton Rouge, Louisiana, was killed in February, as well as Wavy Navy Pooh of Miami, 414 Lil Moe in Milwaukee, and Memphis’ Snootie Wild in Houston. Maryland artist Goonew was killed and his funeral was held at a Washington nightclub. Archie Eversole was killed in his sleep by his brother in April. PnB Rock was fatally shot while eating at a Roscoe’s Chicken & Waffles restaurant in Los Angeles in September. The list could go on.

The rate at which artists are dying and the psychological toll it’s inflicting on families, friends and music fans is unquantifiable. A generation of rap artists, many who never even came close to age 40, are dead because of a fatal cocktail of firearms, addiction and, perhaps most tragically, ego and pride.

In a recent Drink Champs episode, Takeoff noted he didn’t want death to be why he was celebrated. He wanted to be able to smell his flowers — not have them perched atop his grave. In his short life, Takeoff was regarded by some as the most talented of the three Migos — the most lyrical, if nothing else. The Migos’ time in the sun included a run of Billboard hits. We partied to “Fight Night,” “Slippery” and “Hannah Montana;” filled our Instagram timelines with “Bad and Boujee” and “Walk It Talk It”; and we chanted “T-Shirt,” “Too Hotty” and “Straightenin’ ” as if they were mantras. If Quavo was the face of the Migos, and for a time Offset was seen as the voice, it was Takeoff who, more often than not, stole the show as the group ascended from local Atlanta act to international superstardom.

In August, Offset filed a lawsuit against Quality Control, the Migos label, for ownership of his solo music. Meanwhile, Quavo and Takeoff all but shut down any possibility of a Migos reunion last month on the Big Facts podcast. Groups break up all the time. Sometimes it’s for personal reasons. A lot of times, it has to do with money. Despite the Migos’ split, there was always a belief that the three would reunite one day. They’d rocked far too many stages far beyond Gwinnett County for them not to write their own swan song. Now, any chance of a Migos reunion, a new Culture album down the line — or at least a public reconciliation— is now gone. The Migos are an incomplete sentence. One that deserved a far better ending than this.

The trauma of the entire situation runs deep, but it funnels back to Atlanta. As integral as any city in the history of hip-hop, Atlanta has seen its rap scene fractured in recent years with tragedies such as rapper Bankroll Fresh’s murder in 2016 and the killing of Lil’ Marlo in 2020. But 2022 in particular has been excruciatingly taxing. Young Thug and Gunna’s anti-racketeering trials are set to begin in January, and Atlanta’s rap scene was shaken in June when Trouble was fatally shot by his female companion’s ex-boyfriend. Now, Takeoff’s death feels like a horrific bookend to a year of violence the city would prefer never happened. 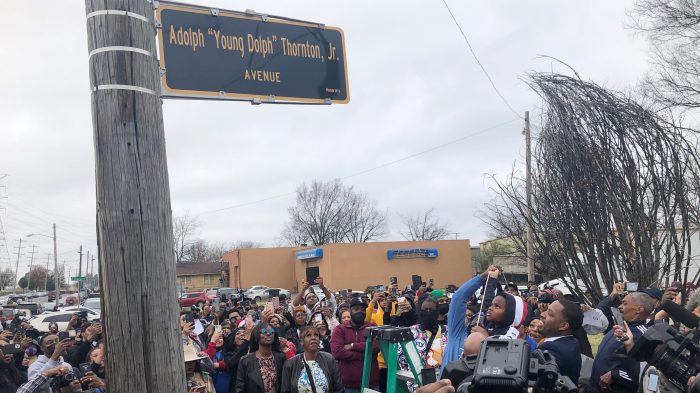 A portion of J. Cole’s “January 28th” has lived rent-free in my head all year. It holds particular relevance in matters of the heart — and issues of the soul like this. “Think we need a plan of action/ The bigger we get, the more likely egos collide,” he rapped. “It’s just physics, please let’s put our egos aside, you my n—as.” This is the grace that should’ve been afforded to Takeoff. Or Trouble. Or Young Dolph, Drakeo The Ruler, Pop Smoke, Nipsey Hussle, and many more young Black men, women, boys and girls. “And should our worst tendencies turn us into enemies, I hope that we remember these/ Nights full of Hennessy …”

In a statement posted on Instagram, Quality Control CEO Pierre “P” Thomas reflected on the violence in hip-hop and the Black community at large. “I want our community to remember that we don’t have to continue to [resort] to violence every time there is a disagreement. It’s ok to love your brother and sister,” he wrote. “We all have been guilty of self-hate, but I pray this never ending cycle will someday change us all.”

If hip-hop is to survive, then the art must do so. And if the art is to survive, then artists have to live. Tragically, this won’t be the last article written about a young rapper whose life was cut short too soon. There will be more victims like Takeoff — Black men and women who die before their time. The thing that hurts the most? It shouldn’t be this way. This can’t be life. This can’t be love. Takeoff, like so many others, should still be here.