Kenneth “Supreme” McGriff had a chance to go legit. The head of a notorious 1980s-era criminal operation would have had to leave behind a life that brought him money and power — but also a decadelong stint in prison. Maybe it was too late or not the right opportunity. Nevertheless, one of the biggest names in hip-hop put an offer on the table.

So why exactly didn’t he take it?

That question hovers over Showtime’s new three-part documentary Supreme Team. That was the name of a street drug business in New York led by McGriff and his nephew, Gerald “Prince” Miller. Nas, the Queens MC whose breakthrough 1994 project Illmatic memorably recounted the era’s experience of drug violence, directed and narrates this story of the influential crew.

McGriff and Miller are equal parts protagonists and antagonists, heroes and villains, as they detail the rise, fall and impact of their short time atop New York’s underworld in a series of taped speakerphone prison interviews.

As with kingpins such as Frank Lucas, “New York” Freddie Myers or Nicky Barnes before them, McGriff’s and Miller’s legacy is complex, convoluted and problematic. Layer in their association with hip-hop and the story stretches far beyond newspaper headlines or nightly news broadcasts. 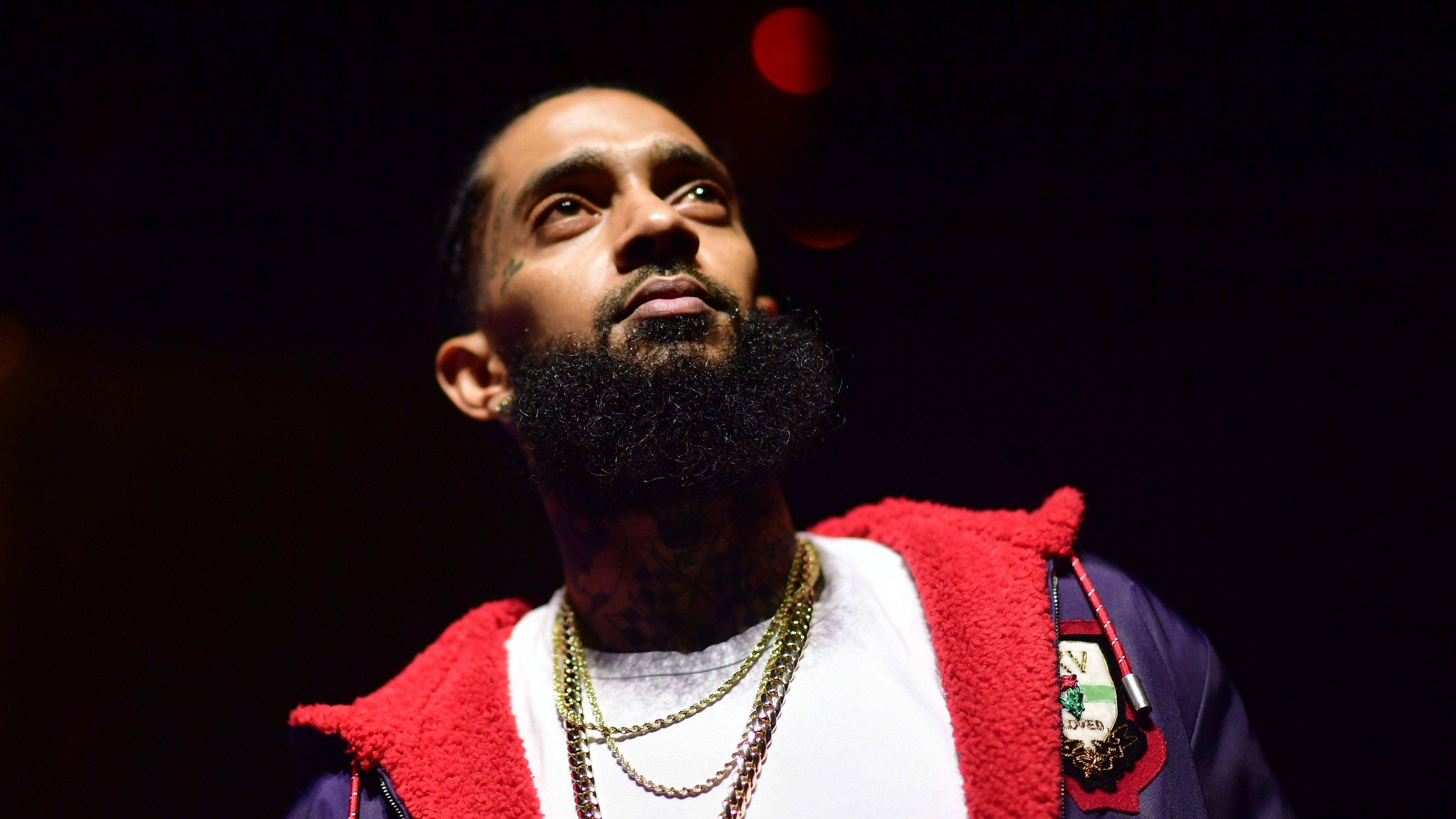 America has always been fascinated with the Italian mafia, its self-made, against-all-odds ethos and its often bloodthirsty addiction to monopolistic authority. The Godfather trilogy and The Sopranos are staples of American pop culture. Singer Frank Sinatra’s mob ties provided his career an edge long before “street cred” in hip-hop became a prerequisite.

But America has never been able to see a Black figure with street power in the same way. If John Gotti was a “crime boss,” Lorenzo “Fat Cat” Nichols was a thug. If the Gambinos were a “family,” the Supreme Team were Black guys destroying their own community.

Yet, as the documentary attests, the Supreme Team was both feared and idolized in its Queens neighborhoods. To many growing up in these impoverished areas, the drug dealers represented the only tangible forms of success to which they had direct access.

Roughly around the same time McGriff and Miller’s organization came to power in the early ’80s, a musical genre called hip-hop was beginning to take shape. The social hierarchy then was different from the present day. While rappers, athletes, entertainers and street figures ran in the same circles, hustlers and gangsters were the gatekeepers in terms of how their communities dressed — think Jam Master Jay’s Adidas-inspired fashion. They were the ones handing out jobs when Reaganomics was bleeding Black neighborhoods dry. And, most importantly, they were the ones no one wanted to cross.

What McGriff and Miller were doing in Queens rang bells in Queens and across the city. The money, power and respect they commanded for a handful of years became a creative inspiration to a formative generation of young hip-hop artists such as LL Cool J, Nas and countless others.

In 1987, McGriff went to prison for narcotics possession, leaving Miller in power on the outside. Of the two, McGriff was seen as the negotiator. Miller kept the business running — authorities estimate the operation brought in nearly $500,000 per week — but he relied more on violence. Though no slaying was ever tied back to him, bodies began piling up at an even faster clip until Miller was arrested in March 1990. He was ultimately sentenced in 1993 to six consecutive life terms for drug trafficking.

Unlike Miller, who is still incarcerated, McGriff actually saw the outside world again. The world he reentered in 1994 was starkly different from the one he left almost a decade earlier. The crack game was different, as reaction to the 1988 murder of New York police officer Edward Byrne reshaped police tactics. But so was hip-hop. 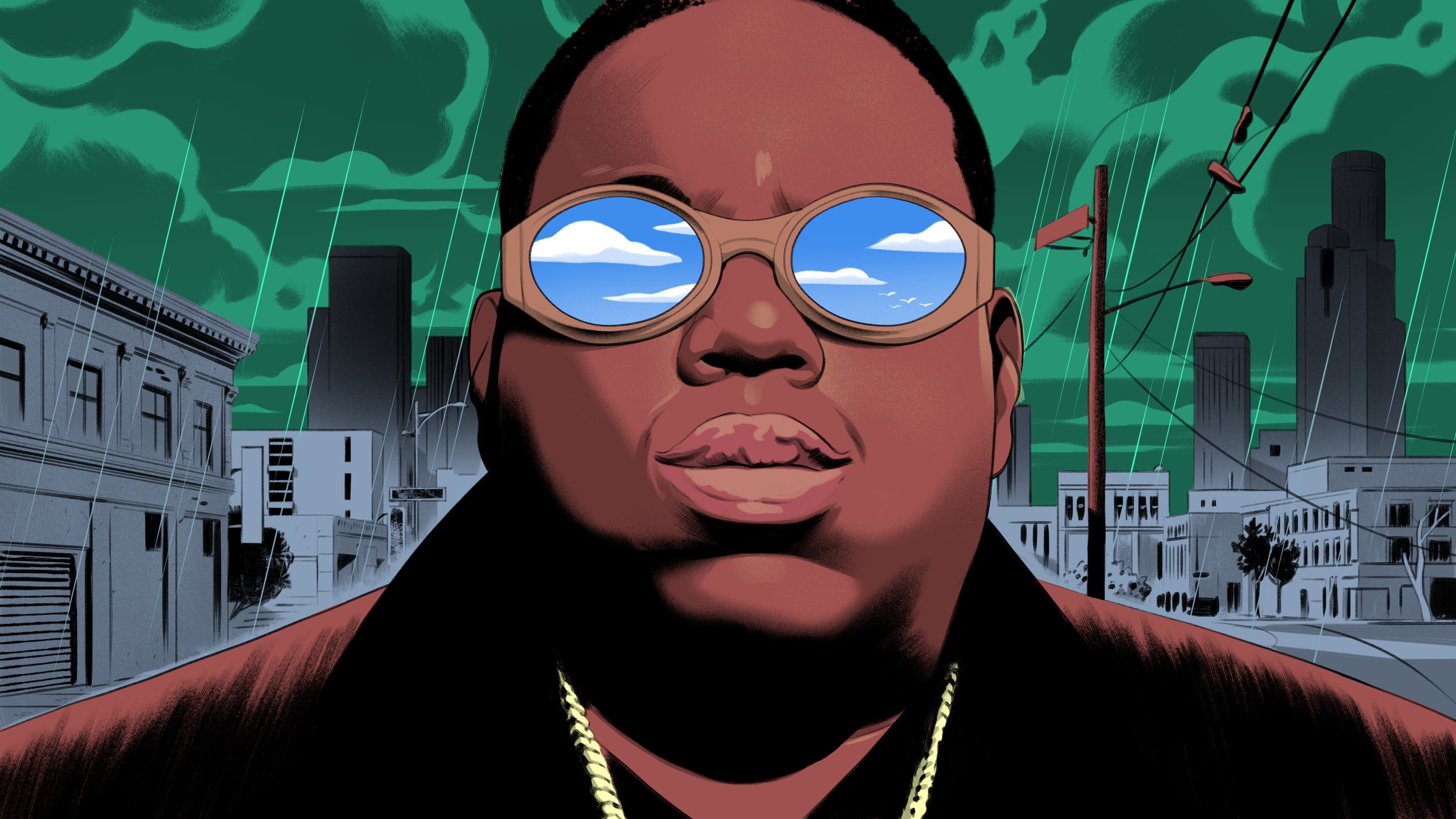 When McGriff went in, rap was the little brother to the streets. And though rap would continue to depend on the hustlers and gangsters for its creative muse — sometimes to its detriment — hip-hop was now big business. Rappers were the superstars. The Supreme Team’s exploits were immortalized in lyrics from artists such as Nas and Ghostface Killah. Little did most of America realize in the summer of 1997 when The Notorious B.I.G.’s “Mo Money Mo Problems” was the No. 1 song in the country, the deceased rap icon from Brooklyn was paying homage to the Queens crew when he was spitting, My Team Supreme, stay clean/Triple beam, lyrical dream/I be that.

Following McGriff’s release, he began running with Irv Lorenzo, a rap producer from Queens who went by Irv Gotti and who’d soon become one of the most successful music executives of the late 1990s and early 2000s. His Murder Inc. record label — inspired by the name of Charlie “Lucky” Luciano’s crew of hitmen — was led by artists such as Ja Rule and Ashanti, who lived at the top of the Billboard charts. Irv Gotti introduced McGriff to one of his close friends: Jay-Z.

This is where the story begins to take a turn. McGriff is around two of the most successful names in rap and they’re looking out for him. They’re in different cities every night with money, power and women. And it’s all legal. Jay-Z, who had spent a lot of time in the streets moving drugs up and down Interstate 95 before music became a viable option, saw McGriff as an OG he wanted to foster into a life of validity. Now he and Gotti were telling, almost pleading, with McGriff to go legit. They funded his 2003 movie Crime Partners, an adaptation of Donald Goines’ Black Gangster novel. They put him in rooms where multimillion-dollar legal deals were hammered home. Jay-Z and Irv Gotti were attempting to take a street legend from their youth and offer him a path to greater success. 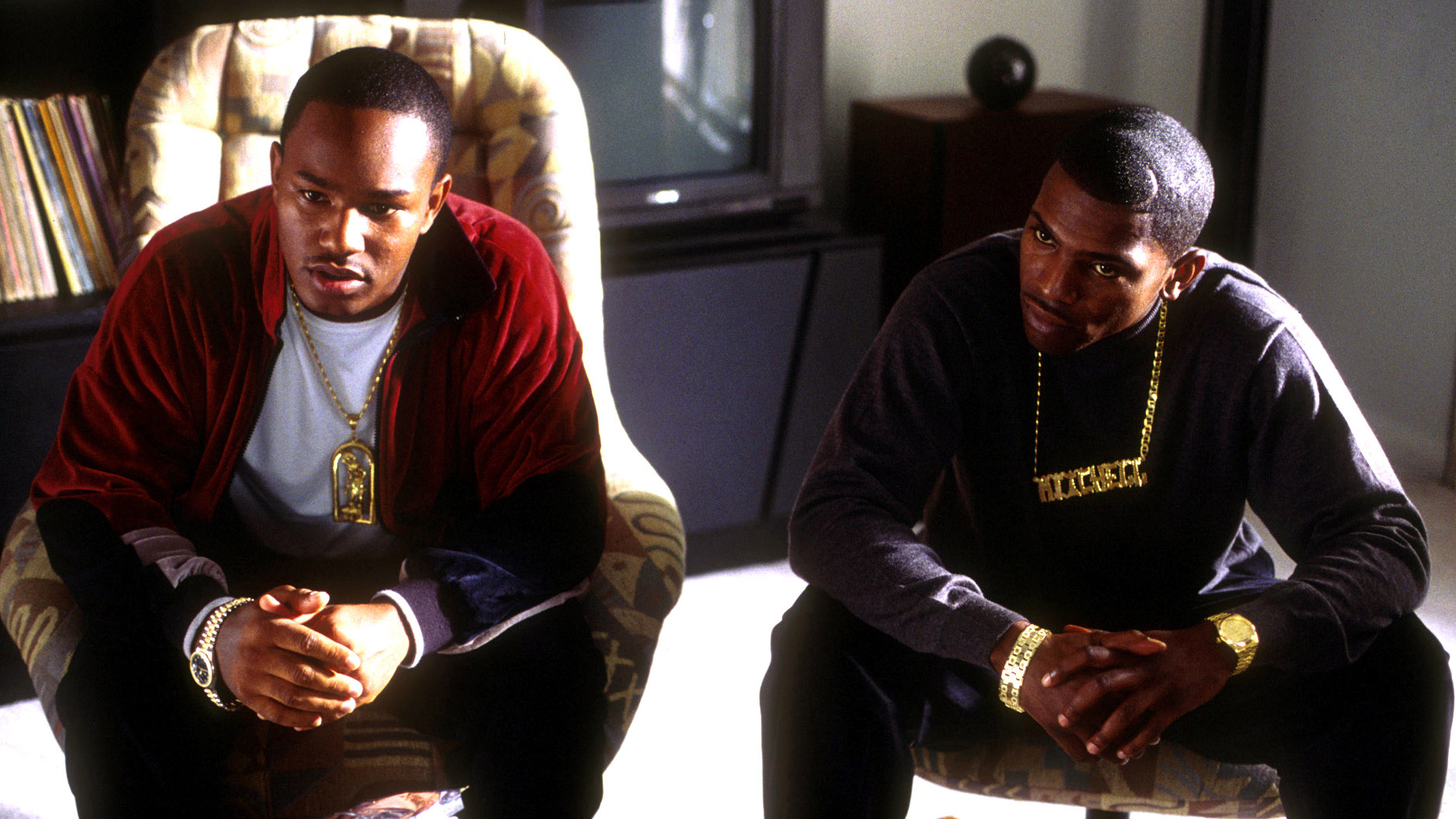 One of the more chilling moments in the documentary occurs when Irv Gotti recalls the time he offered McGriff a vice president role at Murder Inc. It was an opportunity anyone with aspirations of making it in the music industry would covet. Especially a convicted felon with a rap sheet as notorious as McGriff’s. But he turned it down. Not because it wasn’t a great job. Not because he didn’t trust Irv Gotti. Not because it wouldn’t help set him up for the rest of his days. But because for the better part of his life, he had never answered to anyone. It was an emotional demotion driven by ego and pride.

“Because I wouldn’t be ’Preme,” Irv Gotti remembered McGriff telling him.

He could have been a music mogul. But his name in the streets mattered more. If it seems like a foolish choice, it is. Yet, he couldn’t give that life up. Street life was all he knew. While it brought him a long list of enemies, it was respect that mattered more.

There were rumors that McGriff was the mastermind behind the attack on then-underground rapper 50 Cent in which he was shot nine times for his explosive 2000 single “Ghetto Quran,” which detailed the inner workings of not only the Supreme Team but the criminal world of New York at large (McGriff acknowledges this connection in the documentary). There was also speculation that Jam Master Jay’s 2002 slaying had connections to McGriff, though this was never confirmed. By 2007, whatever legitimate options could’ve been there for McGriff were no more. McGriff was sentenced to life in prison on a litany of charges, including ordering the 2001 hits on rapper Eric “E-Moneybags” Smith (as payback for murdering McGriff’s close friend Colbert “Black Just” Johnson) and “Big Nose Troy” Singleton.

(Irv Gotti and his brother Chris Lorenzo were found not guilty on money laundering charges in 2005 stemming from connections to McGriff.) 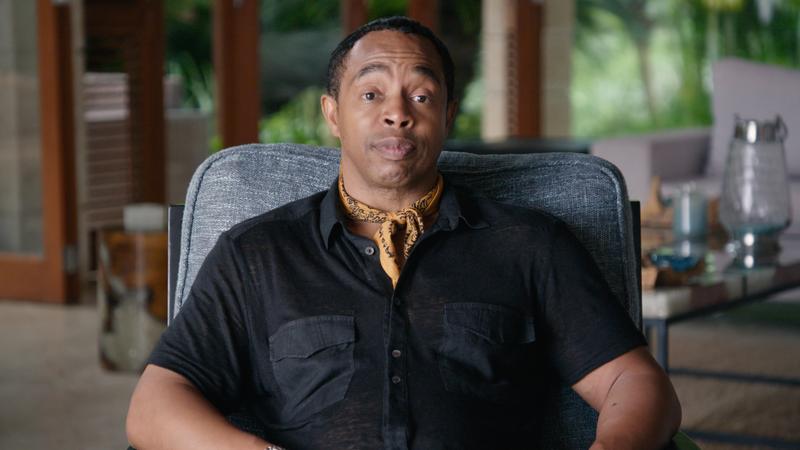 As recent as Joey Bada$$ and DJ Premier’s “Lettin’ Off Steam,” McGriff or the Supreme Team’s place in rap lore hasn’t diminished in the 15 years since he was put away for good. In Young Jeezy’s 2008 “Put On (Remix),” Jay-Z invoked Supreme’s name and his pleas falling on deaf ears. “I put ’Preme in my truck, told him leave them streets alone,” he rapped, “I predicated jail would happen/S— I tried to put him on.” A decade later, on Drake’s “Talk Up,” Jay-Z ran down a list of street legends who never saw prosperity because of the vices they couldn’t shed. I’m what Meech shoulda been/I’m what Supreme didn’t become/If Alpo didn’t snitch, n—as’d be like Young.

For McGriff, who’ll turn 62 in September, his last breath is likely to come inside a correctional facility. This is the life he chose, though. To him, rap was a little brother he loved and respected, and ran alongside him at the peak of his powers in Queens. But he never truly grasped how that relationship had changed in the short time he was a free man.

“The whole objective for me being in the game was to exit the game,” McGriff says in the documentary. “Something’s always gonna drag you back in.”

Sometimes that something is the reflection in the mirror.