Suns trying to ‘block out the noise,’ get past team owner Robert Sarver’s racism and sexism

‘Since he decided to sell the team, we could move forward and focus on the goal that’s at hand’

PHOENIX – The revealed racist, sexist and misogynistic acts of team owner Robert Sarver have put a dark cloud over the Phoenix Suns that has deeply affected the players, coaches and general manager.

“It’s cloudy right now, to tell you the truth. I don’t know what is in between the lines,” Suns center Deandre Ayton told Andscape during media day at Events On Jackson. “We have to figure it out before the first jump ball.

“This is media day. We just have to lock in more. Just block out all the noise.”

Other factors contribute to the noise: The Suns went from going to the 2021 NBA Finals to being upset as a top-seed in a deciding Game 7 to the Dallas Mavericks in the second round of last season’s playoffs. The Suns and disgruntled vet Jae Crowder mutually agreed that he not attend training camp as they look for a trade. Ayton also was much more businesslike than his usual jovial self after the Suns opted to match a four-year, $133 million extension he signed with the Indiana Pacers rather than ink him to a more lucrative five-year deal in the offseason.

But it was the team’s first public reaction to the news that an NBA investigation recently revealed racism, sexism, and misogyny from Sarver during his 17 years as team owner that dampened the mood during Suns media day. The NBA suspended the owner of the Suns and WNBA Phoenix Mercury for one year and fined him $10 million after its investigation revealed that he used the N-word at least five times “when recounting the statements of others.” Sarver also was involved in “instances of inequitable conduct toward female employees,” including “sex-related comments” and inappropriate comments on employees’ appearances. Sarver revealed plans to sell the Suns and Mercury last week.

Ayton said what pained him most was how Suns and Mercury employees have been wrongly affected by Sarver’s actions.

“Hearing all those stories with all the folks and employees that had their encounter with him … ,” Ayton said. “It’s hard to believe. But things like that are unacceptable. There is not much to say. It’s an unacceptable action.”

“That word, I don’t like it, never have. Especially when I was younger, and I learned what that word meant. I learned how demeaning it was toward humanity, not just Black folks,” Williams said. “And when I saw the report, I was not happy about it, quite frankly, disgusted. It’s not a word you repeat anytime. And when you read the report, you read the bullet points and you see it over and over again in that way, it bothers you.”

Williams has been openly talked about fighting against racism that he has seen and dealt with since his youth in Virginia. The 2022 NBA Coach of the Year is married to a white woman and has a stepson and five Black children of his own. Sarver’s use of the N-word and the racist state of the world today has Williams concerned about his family.

“Just thinking of them living in this world where those kinds of things still happen, that bothered me,” Williams said. “So, I’m not different than you all. There was a range of emotions and state of mind that you deal with.” 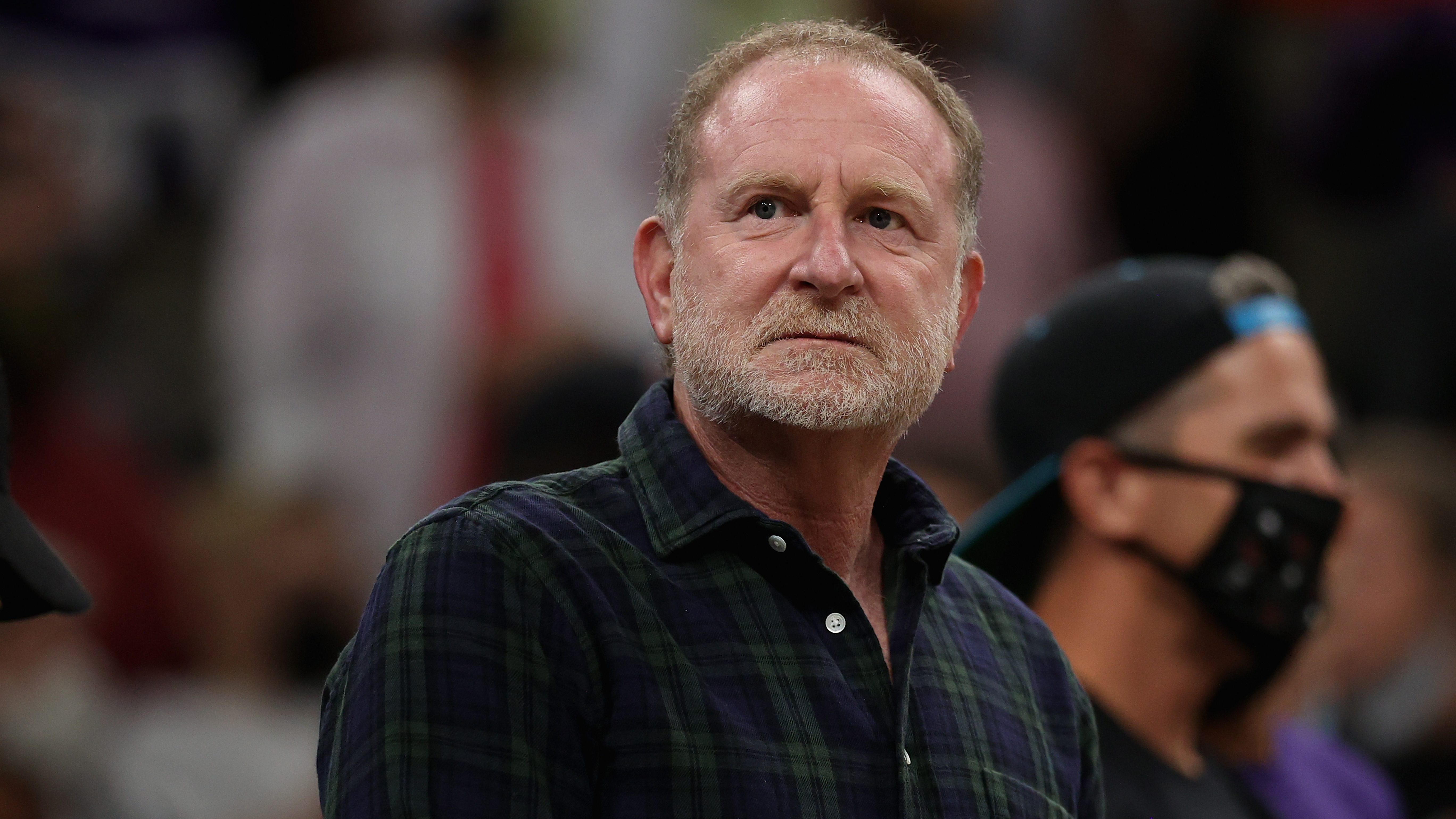 Williams said that to his chagrin that it has been often found acceptable in the younger generation to say the N-word. As for Jones, he said he never heard Sarver say the N-word and he doesn’t believe it is acceptable to be said anywhere.

“Across the board … I can’t accept that,” Jones said. “The word was never directed towards me. But if it is directed toward anyone, it’s wrong. The fact that I’m Black doesn’t [make it right] for me. I’m a kid from Miami. Multicultural family. Just not a Black thing. It’s a people thing. It’s offensive. As much as I can, I try to make sure people understand that it’s not a cultural thing, it’s a people thing. But that word is not acceptable anywhere. And I just hope we can find a way to eliminate it from the vocabulary in general.

“It means different things to different people. But just because you’re not the source or where it is directed to doesn’t mean you can’t be offended by it. I know it’s a deep answer, but that word is problematic. So as much as we can do to eliminate it, we should move forward.”

Guard Devin Booker has known Sarver longer than any player as the longest-tenured Suns player after being drafted by the franchise in 2015. Booker said he read the entire report on Sarver and was shocked by the findings.

“That is not the Robert Sarver I know,” Booker said. “That is not the Robert Sarver that welcomed me to Phoenix with open arms. But at the same time, I’m not insensitive to everyone involved in this situation. I understand everyone’s experience with other people is going to be different. But it’s tough to read because [that’s] not the person I know.”

Jones initially also didn’t think Sarver was the racist, sexist, and misogynist he was accused of being. The 2021 NBA General Manager of the Year said in a statement issued by the Suns on Oct. 21, 2021, that “none of what’s been said describes the Robert Sarver I know, respect and like – it just doesn’t.” Jones felt much differently on media day with the report on Sarver out, as he now believes the “best outcome” is for him to sell the team for “the players, fans and staffers and everyone impacted.”

“It brings some closure to a long period of discomfort and uneasiness,” Jones said. “But it also gives us a pivot point to raising the standards of our organization and leading by example. When you look at the findings of this process that we’ve been through, he did not live up to a standard of excellence. Those behaviors, not just in sport but just in society in general, are behaviors that are unacceptable. We have to hold ourselves to a higher standard. We have to protect those that can’t protect themselves.”

Paul told a packed room that also included his preteen son, C.J., that the Sarver report was “tough to read” and “disturbing.”

“[My son] sort of knows what is going on,” Paul said. “It was tough, just like anybody, reading all the different things as far as the N-word. It was more so the things people had to endure in the workplace. Reading all of it was tough.”

With media day over and a potential sale forthcoming, the Suns hope that the focus is back on basketball.

“It was on its way to being a distraction. But since he decided to sell the team, we could move forward and focus on the goal that’s at hand. And that is playing basketball,” Booker said.