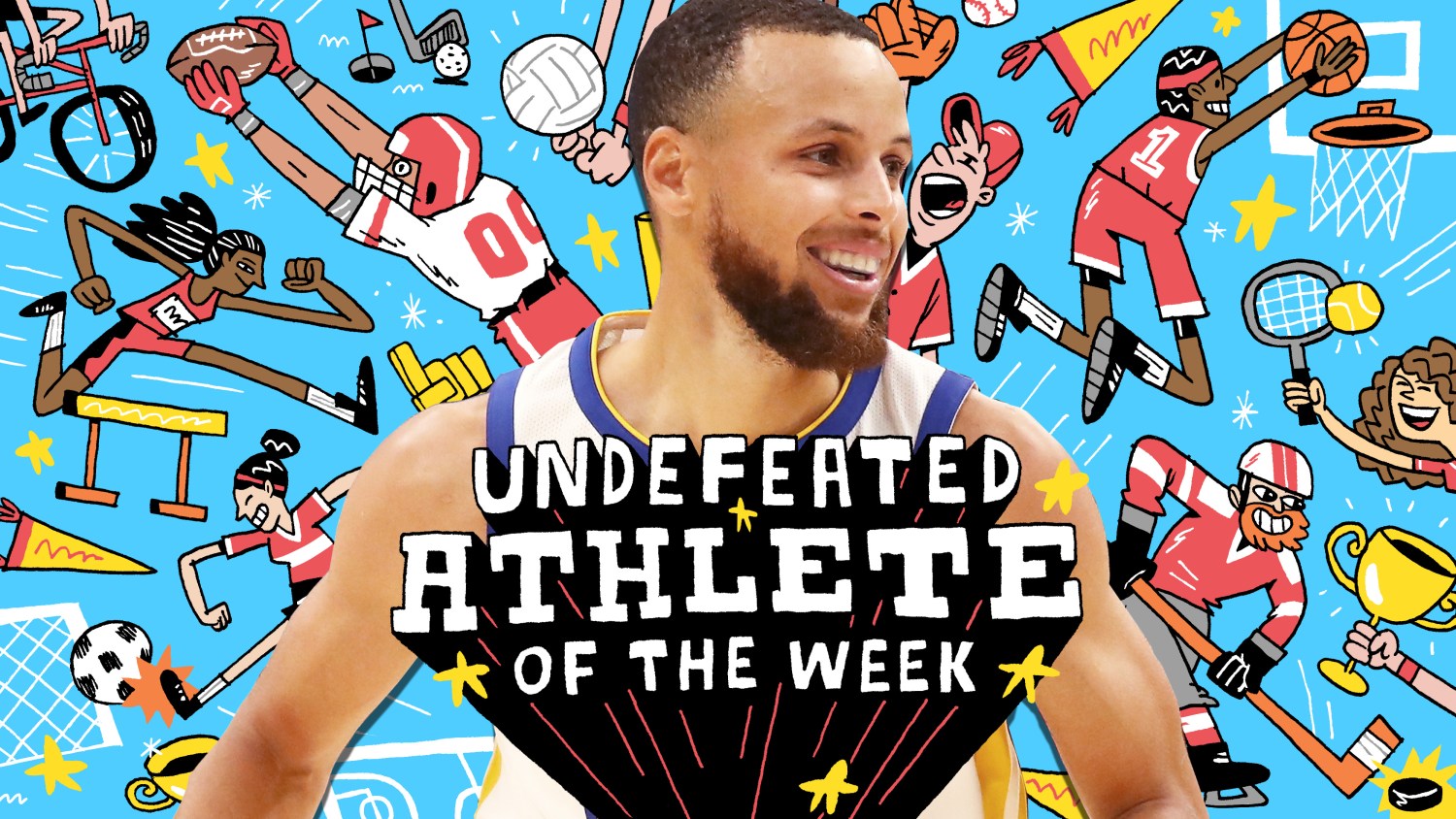 Stephen Curry on gender equality: ‘It’s not enough anymore to be learning about it — you have to be doing it’

… get my daughter this college plan, so she don’t need no man/ stay far from timid / only make moves when your heart’s in it /
and live the phrase ‘Sky’s The Limit’

Fathers are quick to get in their feelings when it comes to their daughters. They feel different emotions for their sons — and that’s a story for another week. But when it comes to Baby Girl, our inner Martin Lawrence from Bad Boys II lurks, just looking for a reason to give an interested boy, or employer, or teammate, or whoever stands in the way of her progress and opportunity, the business.

We’re not advocating force. What Lawrence and his co-star Will Smith did to that poor 15-year-old boy whose only interest was a date with his character’s daughter was maybe a tad extreme. Was the approach wrong? We’re not here to judge, but dads we “polled” co-signed with glee (lots and lots of glee).

Daughters are a gift — but in the real world, the rules are different for them, something NBA superstar Stephen Curry, who has two daughters with his wife, Ayesha, laments.

“[Daughters] Riley and Ryan are growing up so fast,” the Golden State Warriors sharpshooter wrote in an essay for The Players’ Tribune that was published on Aug. 26, Women’s Equality Day. “And with Ayesha and I suddenly seeing things through the eyes of these daughters of ours, who we brought into this world, and now are raising to live in this world … you know, I’d be lying if I didn’t admit that the idea of women’s equality has become a little more personal for me, lately, and a little more real.”

Equal pay and equal opportunity for women have been a recent hot topic in sports, and Curry’s NBA brothers have been the conversation leaders, calling for higher wages in the WNBA and for the league to put a greater sense of respect on not only the sisters’ checks but also their overall worth.

.@dame_lillard on the @WNBA: “They deserve a lot more respect. They deserve to make a lot more money than they do. I think it’s time people start recognizing that they are professional athletes and they should be treated like it and their league should be elevated…” pic.twitter.com/QHgst1dSjI

But for Curry, it’s bigger than sports.

“I think it’s important that we all come together to figure out how we can make [equal pay] possible, as soon as possible,” wrote Curry, this week’s Undefeated Athlete of the Week. “Not just as ‘fathers of daughters,’ or for those sorts of reasons. And not just on Women’s Equality Day. Every day — that’s when we need to be working to close the pay gap in this country. Because every day is when the pay gap is affecting women. And every day is when the pay gap is sending the wrong message to women about who they are, and how they’re valued, and what they can or cannot become.”

To put Curry’s plea into a larger perspective, consider this: Today, on average, a woman earns 80.5 cents for every dollar a man earns, and women’s median annual earnings are $10,086 less than men’s, according to data from the U.S. Census Bureau.

While WNBA players make about 20 percent of the minimum NBA salary, according to Forbes (WNBA salaries are capped at around $115,000, while the minimum salary for NBA players is $582,180), Curry calls for a mindset shift — at the highest level:

Curry wrote in his essay that he recognizes that the couple’s third child — son Canon, born on July 2 — will have opportunities and doors opened for him just because he’s a boy. That’s facts.

“I already know, just based on his gender alone, that Canon will probably have advantages in life that his sisters can only dream of. How do you make honest sense of that as a parent? What are the values, in this moment, to instill in a son?

“But in the end,” he continued, “I think the answer is pretty simple: you tell him the same thing that we told those girls last week at our camp: Be yourself. Be good, and try to be great — but always be yourself. And I think you let him know that, for his generation, to be a true supporter of women’s equality — it’s not enough anymore to be learning about it.”

Curry reasons that it’s time we see women and girls as more than complementary pieces to a puzzle that’s dominated by men. More than just a day that gives everyone the feels when dads bring their daughters to work, up to the podium at a news conference (who could forget Curry’s daughter, Riley, stealing the show during the 2015 Finals or even a young Allen Iverson and daughter Tiaura singing Biggie).