Steelers’ Brian Flores, Dolphins’ Chris Grier were once a rare Black power duo in the NFL

Like many important unions, the partnership of Chris Grier and Brian Flores began amid fanfare and optimism.

And, as is often the case when relationships turn sour, it ended awfully.

Fast-forward to the present, and the Miami Dolphins are much different from when franchise owner Stephen Ross, Grier (the club’s general manager) and Flores (the team’s then-head coach) shared a dais back in 2019 during Flores’ introductory news conference.

Surprisingly sacked at the end of last season after clashing with Grier while continually pushing for more control, Flores returns to face the Dolphins on Sunday for the first time as an assistant coach with the Pittsburgh Steelers. Flores joined the Steelers in February as a senior defensive assistant and linebackers coach – the same month that he filed a racial discrimination lawsuit against the NFL.

Flores alleges that professional sports’ most successful and powerful league commits widespread malfeasance in its hiring practices. Two other coaches, Ray Horton and Steve Wilks, have since joined Flores in court. 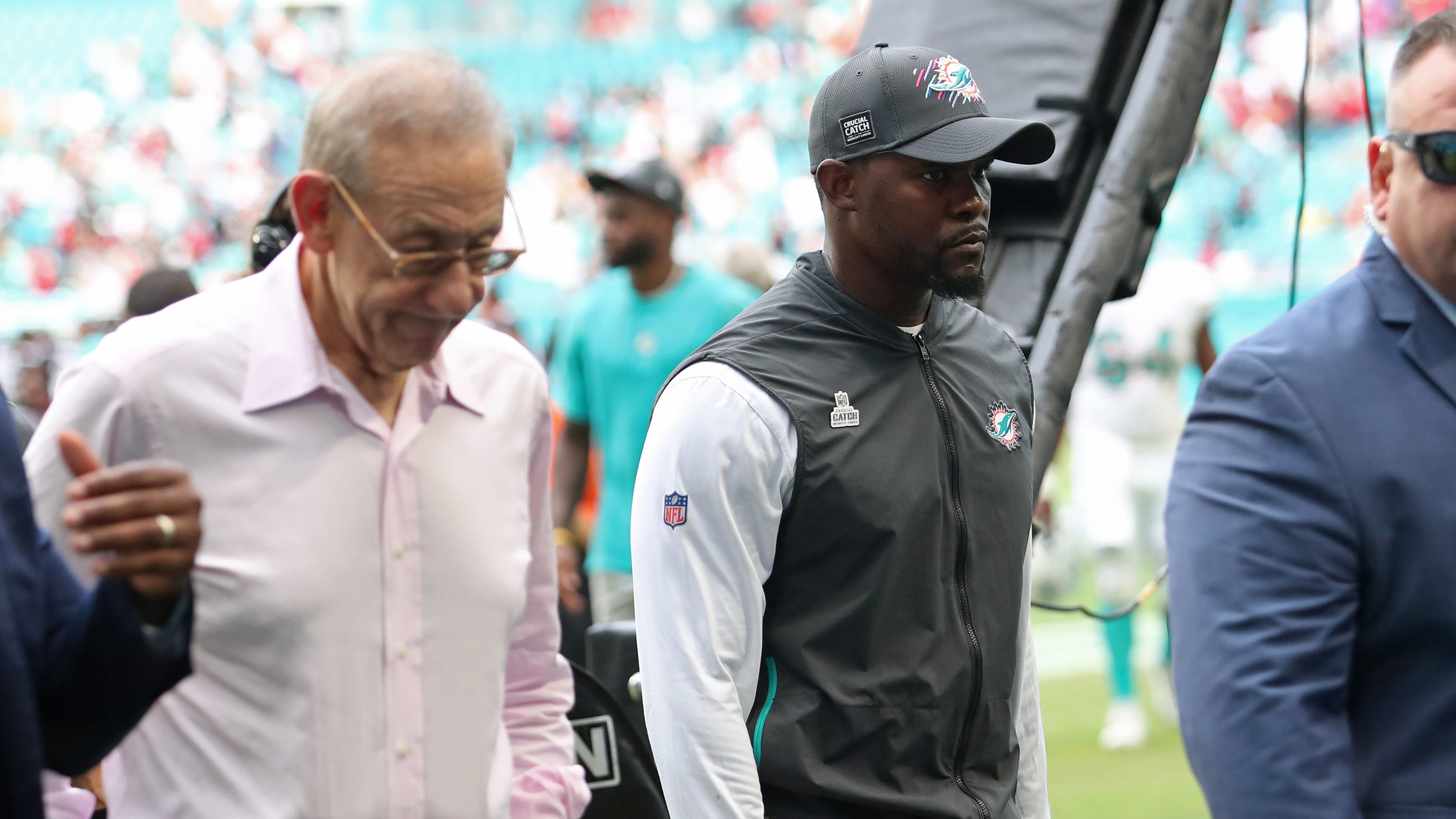 Dolphins owner Stephen Ross was praised for hiring Black coaches. Then he got sued for discrimination.Read now

After an NFL investigation stemming from some of the allegations in Flores’ lawsuit, the league stripped the Dolphins of two draft picks, suspended Ross and fined him $1.5 million. Among other things, Ross was prohibited from being at the Dolphins’ facility through Oct. 17.

To this point, Grier hasn’t been ensnared in the controversy connected to Flores’ lawsuit, which is winding its way through the legal process. It’s fair to say, however, that the entire NFL is now caught up in a case because Flores and Grier weren’t a good mix.

Moreover, after initial excitement stirred among many Black NFL employees about Grier and Flores – the NFL’s only minority general manager-head coach duo during their tenure in Miami – the dissolution of their union has only spurred further frustration regarding the poor overall state of inclusive hiring. For some Black league officials, a question lingers: If Grier, who is African American, and Flores, who is Afro Latino, had succeeded, would their performance have had a positive effect on hiring?

It’s an important one to ask, said N. Jeremi Duru, a professor of sports law at American University and a longtime observer of the NFL’s hiring practices.

“There was a lot of excitement in the NFL community of color when Grier and Flores were the Dolphins’ GM and HC, respectively, because they’re both so good at what they do,” Duru wrote in a text message to Andscape. “The hope was that their joint success would spur increased opportunity for both GM and HC candidates of color.

“It’s very unfortunate it didn’t work out. That said, it really shouldn’t be notable that an NFL club has a person of color in those two roles. I look forward to the day when it’s not.”

Well, the league has a long way to go to get there.

The NFL was founded in 1920. In its history, only three franchises (the Dolphins have done it twice) have had a Black general manager and a Black head coach at the same time.

In 2004, the Arizona Cardinals became the first NFL team to have two African Americans occupy those roles simultaneously in Rod Graves and Dennis Green. The Cleveland Browns promoted Sashi Brown to the top of their football operation in 2016 and hired Hue Jackson as head coach, putting two Black men in those key positions. Besides Grier and Flores, Grier and current Dolphins head coach Mike McDaniel, who is biracial, clear the bar.

With that backdrop, it’s easy to understand why many Black NFL employees had hoped the third time would be a charm. But pairing talented people — and make no mistake, Grier and Flores are both exceptional at what they do — doesn’t guarantee they’ll be a good fit together.

“Brian Flores and Chris Grier are excellent football people. Both have tremendous expertise surrounding the game,” said Graves, who is now the executive director of the Fritz Pollard Alliance, the independent group that advises the NFL on matters of diversity, equity and inclusion in hiring.

“However, bringing exceptional minds together does not guarantee success. Aligning on philosophy and process is a challenge under any circumstances.” 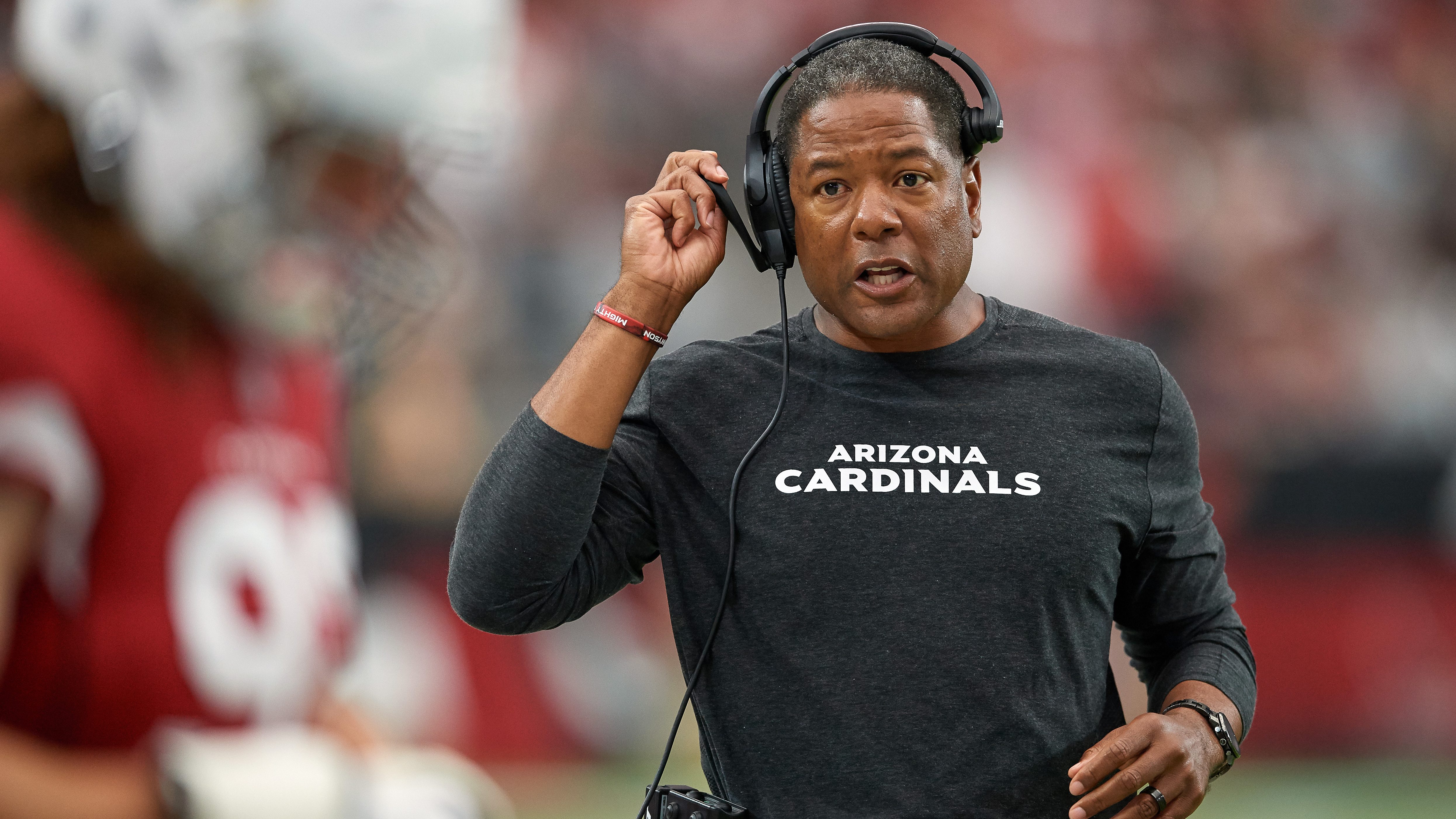 Flores, formerly the New England Patriots’ defensive playcaller, was the hand-picked choice of Grier, who in 2019 was beginning his first offseason with total control of Miami’s football operation. At a Dolphins news conference on Feb. 5, 2019, Grier praised Flores, the team’s first Black head coach (in 2011, Todd Bowles, who is Black, was the Dolphins’ interim head coach for three games).

Then quickly, it all unraveled.

As early as their first full season together, there were rumblings that the Dolphins’ top football executive and its on-field leader were often at loggerheads behind closed doors, several league sources told Andscape. Through a Dolphins spokesperson, Grier declined comment about his relationship with Flores. Through a Steelers spokesperson, Flores also declined comment about his time in Miami.

The chatter about problems between the men intensified last season, especially when the Dolphins were mired in a long losing streak. Things quieted down as the club experienced an unprecedented turnaround, climbed back into playoff contention and finished with a winning record. Last season, Miami became the first franchise in NFL history to have both losing and winning streaks of seven games.

But friction continued between Grier and Flores.

Although Grier, who generally seeks to build consensus and avoid conflict, permitted Flores to amass a bigger portfolio than he had entering the organization, Flores continually wanted more, the sources said. Essentially, he wanted to become Grier’s boss.

For Ross, that was a bridge too far.

It was clear: The team’s Miami Gardens, Florida, headquarters had become too small for both Grier and Flores. After three seasons, Ross determined he couldn’t move forward with each of them, so he picked a side.

“It’s a non-factor,” Tomlin told reporters. It’s a non-story for us. It really is.”

Fair enough. The game’s outcome will be decided on the field, and Flores isn’t a player.

But before kickoff on Sunday at Hard Rock Stadium, Flores will be the center of attention because of an acrimonious breakup that’s still not finalized. Count on it.