Sports are our nation’s guilty pleasure for one reason: money

Players, coaches and staff are sacrificing themselves for what?

Sputtering, stalling and finally rumbling along, the NFL season has hit full stride. The outgoing president argued that the playing of an NFL season would add a sense of normalcy to COVID-19-inspired uncertainty.

In fact, each day the NFL season reminds me just how abnormal these times are.

COVID-19 cases continue to spike across the nation with dire warnings from health officials of more to come.

Yet, the NFL resolutely goes forward, determined to finish the season and crown a new champion.

There is something indeed obscene and immoral about continuing to play games in the midst of a pandemic. Playing, by the way, for one reason and one reason only: money.

Fans are being held hostage by an almost desperate need to escape. This wicked virus has eliminated most of the pleasures we used to enjoy — the concerts, the plays, unfettered freedom.

With all of that gone, sports have become our nation’s guilty pleasure.

I was 11 years old when my mother took me to try out for the Pop Warner football team in Harvey, Illinois. We were the Harvey Colts.

I remember glancing over at the sideline and being fortified by my mother’s presence. She stood in a light drizzle, watching. I didn’t realize that she was saying goodbye. Less than a year later, my mother died of breast cancer.

Sports became my refuge, my sanctuary, my means of escape.

Sports became my center of certainty. Teams became my circle, my group. Sports took me through high school, then college, then led me to journalism. I embraced sports core values: teamwork, relying on teammates, hard work and fair play.

As journalism took over, I began to explore the inside and underside of sports, the sociology of sports. I became aware of the often heartless business of an industry whose raw materials were flesh and bones. 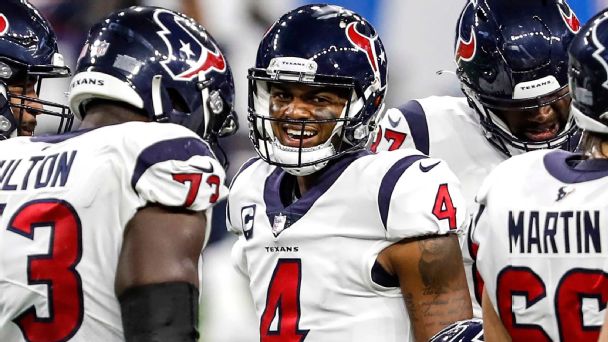 A callus formed over my sports sensibilities. My ethical and moral expectations for the business of sports were virtually nonexistent. Nothing was too low, no depravity unexpected, I told myself.

But here we are. The NFL’s callous reaction to COVID-19 marks a brazen new low. Last week, as the NFL experienced yet another avalanche of positive COVID-19 tests, I told myself that enough was enough. With cases spiking across the United States, NFL players were flouting COVID-19 protocols. I was prepared to climb on a high horse and decry, once again, the NFL’s money-driven recklessness.

Except, there I was, looking forward to filling up Sunday, Monday, Tuesday and whatever other day the NFL scheduled games, with football.

Two games in one day? Fine.

On one hand, I chafed at how a league built significantly on Black bodies continued to play through a COVID-19 blizzard.

On the other hand, this is news, unprecedented territory with an array of compelling storylines.

First of all, there was the pandemic itself and how the world’s most successful sports league was taking it on. On the field, there was quarterback Cam Newton’s roller-coaster ride in New England with the Patriots. And now, at the 13-week mark, I’m wondering whether Pittsburgh, led by Mike Tomlin, can capture the organization’s ninth Super Bowl title? I’m conflicted, but watching. Apparently, many of you are watching, too.

I’m conflicted, but watching. Apparently many of you are watching, too.

The NFL’s ratings have taken an expected hit, but according to a report by the Associated Press, 24 of the top 30 shows since the season began have been NFL games.

My ethical issues with the NFL are not new.

There was the concussion scourge of the last 20 years and disclosures that the league knew about the debilitating effect of concussions on players for decades. Then there was the blackballing of former San Francisco 49ers quarterback Colin Kaepernick and the league’s ambivalence about the national anthem protests.

The latest ethical quagmire is the NFL’s determination to power through the season and crown a champion, COVID-19 be damned. In a number of troubling ways, the conservative NFL symbolizes the selfish flouting of protocols that played a large role in allowing the virus to go unchecked for so long. Players not taking the pandemic seriously, players acting recklessly. A coach with the Baltimore Ravens worked with players without wearing a mask, despite having COVID-19 symptoms, which he did not share with the team. He became a stealth superspreader.

The subsequent COVID-19 outbreak inside the Ravens organization forced the NFL to move Baltimore’s game against Pittsburgh from Nov. 26 to Nov. 29 and then to Dec. 2. After the Ravens’ 19-14 loss to the Steelers, some Ravens players began to ask questions and wonder whether they could trust the organization.

Ravens backup quarterback Robert Griffin III, filling in for Lamar Jackson, who tested positive, told reporters that he wondered whether the NFL was acting in the best interests of players. A number of Ravens players did not want to play that game until Dec. 3. The league compromised and the game was played Dec. 2. “It’s not about whether or not guys want to play,” Griffin said. “It’s about whether or not our safety is actually being taken into account.” Griffin injured his hamstring in the game and subsequently was placed on injured reserve. He said he believed the Ravens’ lack of full practices contributed to the injury. “I’ve never pulled a hamstring in my life,” he said. “You see guys going down left and right.”

Because of the COVID-19 pandemic and the NFL’s “the show-must-go-on” mentality, training camp was drastically shortened and the preseason was eliminated. Players had little time to harden their bodies for the rigors of an NFL season. In the end, the league and the players association chose less preparation and more football. They agreed that the higher rate of injuries was a price they were willing to pay. 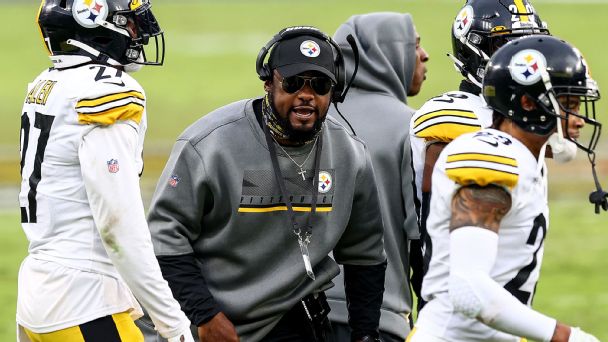 Is Mike Tomlin finally winning over the boobirds in Pittsburgh? Read now

In an odd and unexpected way, this pandemic has brought me back — forced me back — to an appreciation of the core values of sports and their sanctuary attributes that attracted me in the first place.

Over the last three months, I did the following:

What lessons have sports learned from all of this? I’m not sure.

The NFL is not likely to have a playoff bubble, nor will the NBA. Too expensive. Too much of a sacrifice. Instead, the leagues will leave it up to players to act responsibly. We are seeing how that is working out. Portland and Toronto of the NBA have already closed their facilities after players tested positive.

We know the NFL is a mess. The Super Bowl champion will likely be the squad with enough healthy players to field a team.