Someone buys Stephen Curry’s mouthguard for $3,190

Sports auction draws buyers and sellers of all kinds of memorabilia

A mouthguard that was picked up by a fan at a Golden State Warriors road game in December sold for $3,190 in an auction by California-based SCP Auctions on Sunday.

The game-chewed mouthguard and carrying case are both detailed with his name. 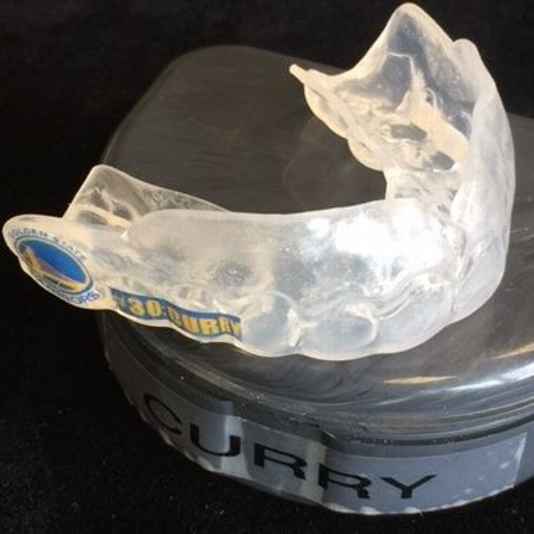 In a recent story, ESPN’s Darren Rovell mentioned that Curry told late-night comedian Jimmy Kimmel in March that he changes his mouthguard every three to four games.

“I just chew on it like crazy,” Curry told Kimmel. “It kind of calms me down, especially when I’m at the free throw line.”

Other items sold in the auction that began on Aug 3:

Auctioned athlete memorabilia is often collected in very unconventional ways. Check out a few more random items from sports figures that fans cashed in on: