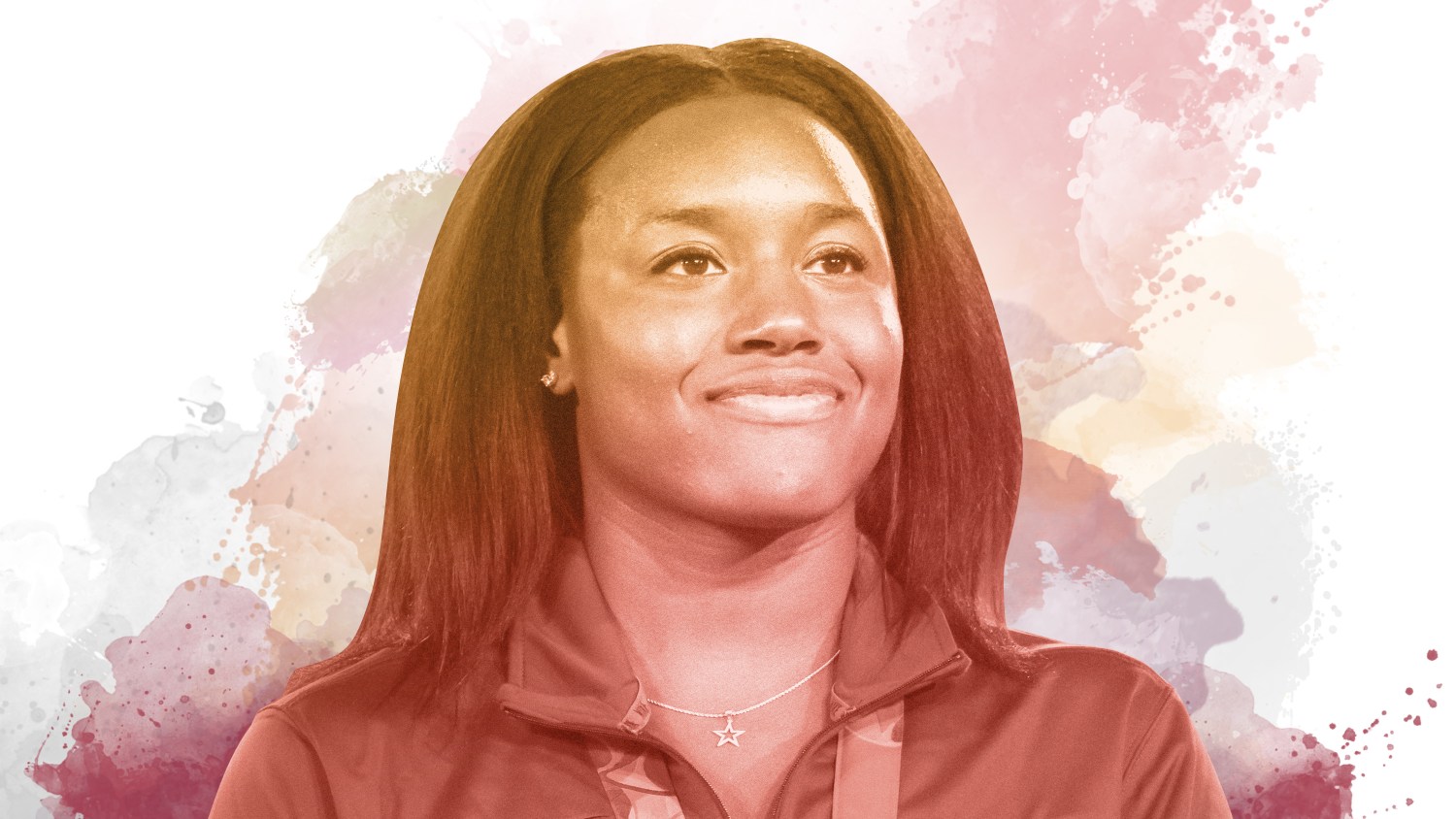 Simone Manuel: A letter to my younger self

“Hey, Mom, where are all the people who look like me?”

I was 12 years old, and for the first time in my young life, I had begun to realize I was different. I advanced quickly as a swimmer, so I was placed in training groups with kids much older than me. The more I excelled, though, the more I noticed a pattern developing in my interactions with others. At a time when I should have felt excited by my progress in the pool, I was instead weighed down by doubt.

Today I can say I’m an Olympic champion, the first black woman to win an individual gold medal in swimming. But my success at the 2016 Rio Games — where I earned two golds and two silvers — never would have happened if I had listened to that nagging voice in my head when I was 12, the one that told me I should give up swimming.

I was a tall black girl with muscles, an athletic build. “You must play basketball,” people would say. Or: “I bet you run track, right?”

The questions were constant, dominating conversations about me — and eroding my confidence. It’s unsettling when you’re always having to defend what you love. It’s hard to feel different as a kid, like you’re the only one, as I often was when it came to swimming.

It’s especially hard when you know exactly why people are asking these questions, why they seem so surprised in the first place — because of stereotypes rooted in racism, ignorance and the refusal to acknowledge social barriers. Maybe I couldn’t express it like that at age 12, but I understood it in my gut. You learn these lessons early. I’ll never forget the time when I was 6 and a little boy told me he didn’t want to play with me after swim practice because I’m black.

Thankfully, my parents never doubted me. And that fateful day when I asked my mother for help in making sense of it all, she sat with me as we scrolled through the internet, reading profiles of high-achieving black swimmers. They had succeeded despite incredible odds, often in the face of overt discrimination. Their triumphs inspired me. When I felt like quitting, I thought about Cullen Jones, Tanica Jamison, Sabir Muhammad, Maritza Correia (now a good friend of mine). Their stories taught me that my own success was bigger than me, that my dreams should never be limited by the assumptions of others. I was here to carve my own path, to widen the lane for others.

I was not here to apologize for my ambition.

During and after the Rio Games, there were moments when my resolve was tested, when the doubts crept in again. Winning on the sport’s biggest stage has a way of eliciting strong reactions from the public, good and bad. On social media, people applauded my role in history; they also talked about my hair. A lot. They called me the “black swimmer” while commenting on my body in ways that felt minimizing to the effort, dedication and sacrifices it took for me even to arrive on that stage.

I had to summon the strength I borrowed from those who came before me. I thought about Serena Williams and the ferocity she brings to being a champion, the empowering confidence she has in herself. People don’t always like “different” — and it often scares them the most when it’s wrapped in excellence.

Sometimes I feel like I’m alone on an island. Reporters ask me questions that other swimmers, white swimmers, are never asked. They want me to talk about social justice issues, Colin Kaepernick, athlete protests. I want to contribute to the conversation and lead, but I’m not the voice of Black America. And when people single me out like that, they’re reducing me to a label — “the black swimmer” — when I know I am so much more.

Yes, there’s a part of me that feels like I was born to do this, to live a unique and audacious life. Aren’t we all? But there is no limit on black excellence. There were others before me, elite American swimmers who happened to be black, and I can promise you there are more to come, hopefully many more.

Representation matters. People, especially kids, need to see it to believe it can be done. If I could go back in time, I would encourage 12-year-old Simone to embrace the boldest part of herself — the desire and confidence it took to get in the water and stay in. Because it felt like home. I would tell her to honor her passion, letting it fuel her journey while inspiring others.

Celebrate what you love.

It might be the thing that makes you different, but sometimes those dreams are the very best kind.