The game before the game … it’s all Spurs and Lakers

We are all about that real, and EA Sports is one of the best at capturing the realism of the games we love today. This is the first in a series forecasting how the signature slate of games on ESPN will play out using NBA Live 18. First up we have a Wednesday doubleheader featuring the San Antonio Spurs at the Miami Heat (8 p.m. EST) and the Washington Wizards at the Los Angeles Lakers (10:30 p.m. EST).

As expected, Aldridge continued his early-season tear as the Spurs’ go-to guy. San Antonio takes an easy one on the road 90-68. 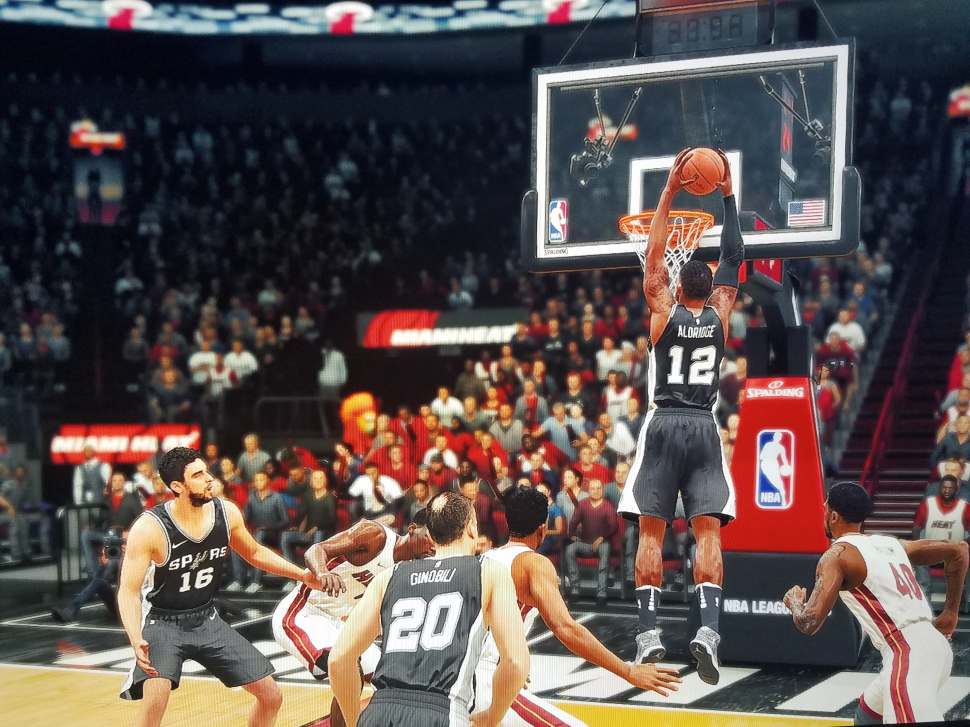 Aldridge was unstoppable, scoring 19 of his game-high 32 points in the first half.

Fans didn’t appreciate the Heat’s cold shooting night, as boos rang out at the AmericanAirlines Arena. Goran Dragic was the only bright spot for the Heat.

Maybe Marcin Gortat should have been worried about Brook Lopez instead of Lonzo’s daddy LaVar Ball, as the Wizards center was cooked by the Lakers’ big man in an easy 104-85 win for L.A.

The Lakers jumped out to a 16-point first-quarter lead and stretched it to 19 by the half. Wall was the only bright spot for the Wiz, scoring 10 of his 18 in the first half.

Jordan Clarkson with the strong contribution off the bench.

Ball didn’t outscore his point guard counterpart, but his 9 points, 7 assists and 5 steals did contribute to the W.

Don’t forget to see how this matches up with the live action starting Wednesday night at 8 EST on ESPN and the ESPN app.

Images above are screen grabs.