Dallas comes off a bye week with a new offensive weapon to show off after acquiring wide receiver Amari Cooper from the Oakland Raiders. Let’s see if the Cowboys can get their swagger back at home in AT&T Stadium.

All eyes were on Cooper, the newest Cowboy, but it was actually Titans receiver Tajae Sharpe who stole the show with nine catches, 144 yards receiving and two touchdowns. In his Dallas debut, Cooper finished with six receptions for 74 yards and two 2-point conversion catches. 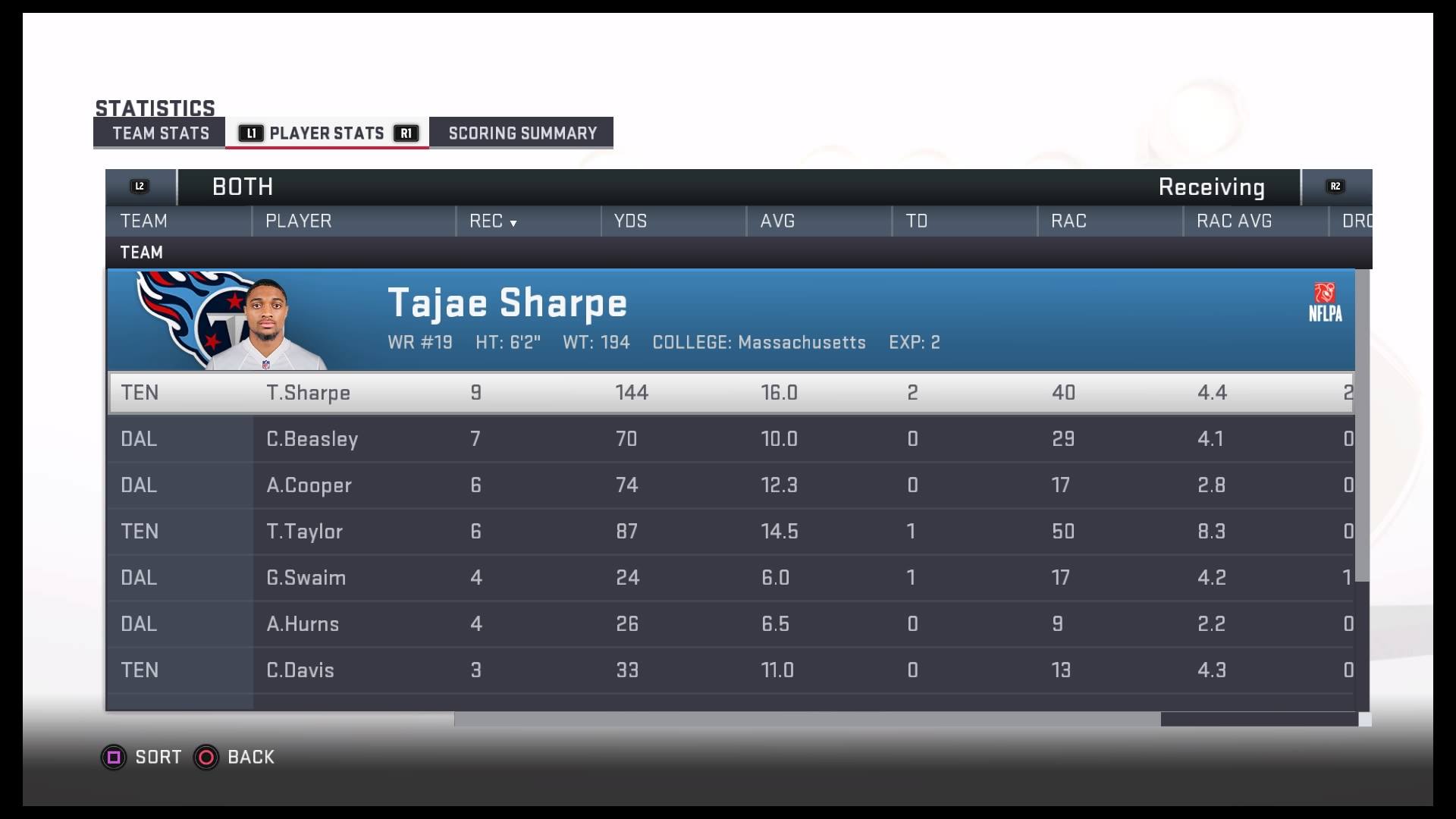 Tennessee’s Dion Lewis won the battle of running backs, outrushing the Cowboys’ Ezekiel Elliott 78-70. Elliott was able to reach the end zone, though.

Tennessee bests the Cowboys for the win.

You can catch Monday Night Football at 8 p.m. Eastern on ESPN and the ESPN App.